SALT LAKE CITY — Many Utahns have seen deer, jackrabbits and a variety of birds while recreating throughout the state, but the Beehive State is home to a whole host of lesser-known animals.

In a news release, the Utah Division of Wildlife Resources lists the following five species of wildlife that you may not have realized live in Utah.

Widely known as a famous cartoon character, roadrunners are native to Utah, although there aren’t any population estimates available for how many live in the Beehive State. Utahns can see greater roadrunners primarily in the southern part of the state, particularly in Washington, Kane and San Juan counties.

Although there isn’t a strong resemblance, roadrunners are actually most closely related to cuckoos. They have many common names locally, including paisano, chaparral cock, snake killer and medicine bird.

“Although they can fly, they prefer to walk or run,” DWR wildlife biologist Keith Day said. “They are weak fliers and glide more often than actually flapping their wings. They can run at speeds of more than 18 mph.”

Roadrunners eat a variety of things, including snakes, lizards, spiders, scorpions, insects, birds, rodents and bats. And during severe food shortages, they may even eat their own young.

Roadrunners have been known to live up to nine years.

That’s right: Snipes aren’t actually a “made-up animal” that you used to play pranks on your friends at campouts. They are a real bird species that is native to Utah. Wilson’s snipes are small, migratory birds that typically migrate through Utah in the spring and fall, but some stay year-round. There are about 2 million in the U.S., and they migrate through areas across the northern U.S. and Canada, similar to many duck and goose species.

Snipes are shorebirds that are patterned black, white and brown with round, pudgy bodies, long legs and a long bill.

“Their bill is unique because it’s both flexible and sensitive to feeling, which allows them to find things like worms and larvae several inches below the soil surface,” said Blair Stringham, assistant wildlife program chief for the Utah Division of Wildlife Resources. “They primarily eat worms, larvae and insects, but they will also eat small fish, frogs, snails and other small creatures that live in or near water.”

This bird species lives in marshes, along creeks and in wet meadow areas around Utah. They are fairly secretive and typically stay in dense vegetation, so they are hard to see in the wild. However, if you visit one of Utah’s wetlands throughout the year, you may get lucky enough to see one, typically in areas that have salt grass. As temperatures get colder and waterbodies start to freeze, you can find them on the edges of creeks that still have open water.

You can also hunt snipes in Utah. Similar to ducks, they have the same 107-day hunting season from roughly October to January. They have a bag limit of eight per day and a total possession limit of 24. However, few people hunt snipes in Utah and only a couple hundred of the birds are harvested each year.

“They fly erratically in a zigzag-type pattern that helps them avoid avian predators,” Stringham said. “They’re hard for hunters to shoot, which is why people who are good shots are called ‘snipers.’ They also have eyes that are farther back on their head than most birds, which allows them to see things in a wider angle, both behind and in front of themselves.”

“They are nocturnal and generally hang out in the treetops,” said Kim Hersey, DWR mammal conservation coordinator. “Flying squirrels are found in coniferous forests in the mountains throughout the state. Count yourself lucky if you catch a glance.”

The name is slightly deceptive, however. Flying squirrels don’t actually fly: They glide. Flying squirrels glide through the air thanks to a membrane between their front and back limbs, similar to a wingsuit. An average glide for a flying squirrel is around 65 feet, but they have been recorded traveling up to 325 feet in a single glide.

Along with having a unique traveling method, flying squirrels are also unique because recent research has discovered that they glow fluorescent under a black light!

Flying squirrels primarily eat nuts, acorns, fungi and various other plants. In the wild, they typically live to about 4 years old.

Many people are familiar with the Pokemon character, Pikachu, but what you may not know is that it is based on a real animal called a pika, which is native to Utah. American pikas are small grayish-brown mammals that look like a cross between a rabbit and a mouse.

They live in high-elevation talus rocky areas and are commonly seen in the Wasatch, Uinta, Tushar and La Sal Mountains, as well as Fishlake National Forest and the lava fields near Cedar Breaks.

“Pikas can most easily be spotted gathering vegetation around the edges of talus slopes,” Hersey said. “Listen for their ‘eep’ alarm call and look for them on nearby rocks. You can also locate their ‘haystacks’ of stored vegetation piled in the rocks. A unique thing about pikas is that, unlike many mountain-dwelling small mammals, they do not hibernate. They remain active under the snow by feeding on stored vegetation.”

Pikas eat a wide variety of grasses and flowers and typically live three to four years, but have been known to live up to seven years. DWR has been monitoring pikas since 2008, and their populations have been stable.

While they are often a favorite at the zoo, northern river otters are actually native to Utah and can be spotted in the wild. However, they have never been abundant and populations were greatly reduced due to over-trapping and pollution. But beginning in 1989, river otters were reintroduced into several rivers in Utah, including the Green, Strawberry, Duchesne, Escalante and Provo rivers.

Because river otters are fairly secretive animals that live in low population densities in the wild, it is hard to know exactly how many are currently in Utah.

Utahns are most likely to see river otters along the Green River and in Flaming Gorge Reservoir. They can also occasionally be spotted along the Colorado, Provo, Strawberry, Duchesne and Escalante rivers and their tributaries.

“Despite their name, river otters have also adapted to other aquatic habitats and can sometimes be found in coastal areas and lakes,” Hersey said.

River otters eat fish, frogs, a variety of crustaceans and small birds and mammals. They typically live to no more than 8 or 9 years. 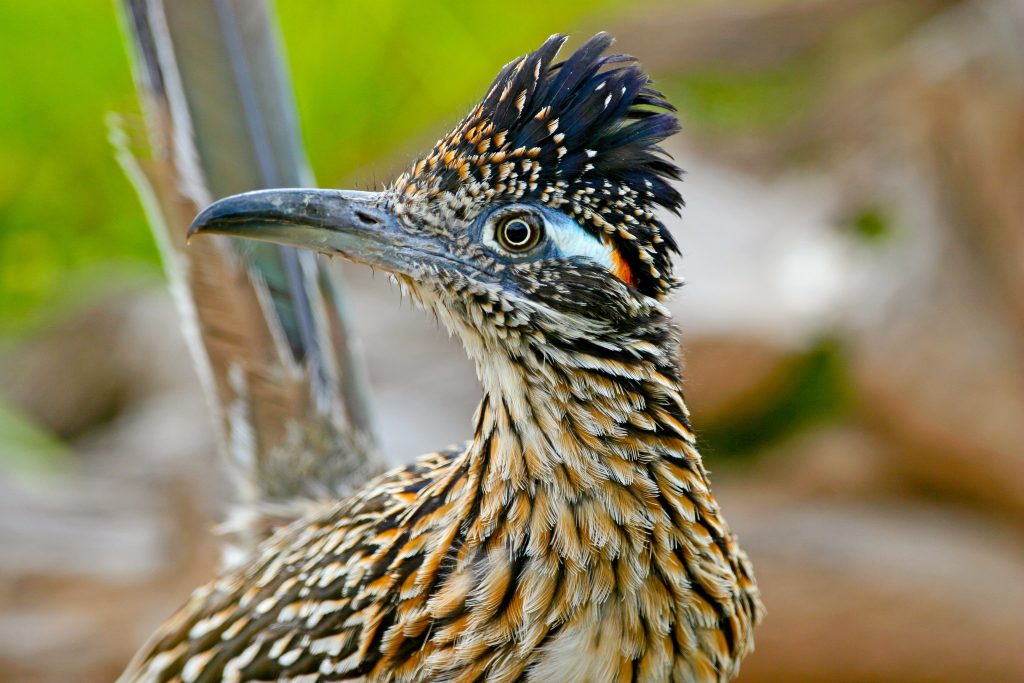 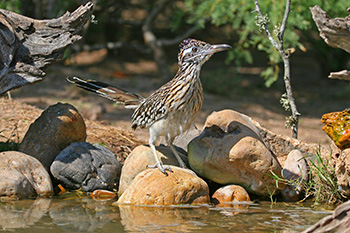 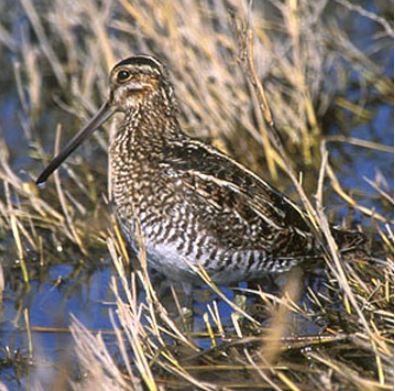 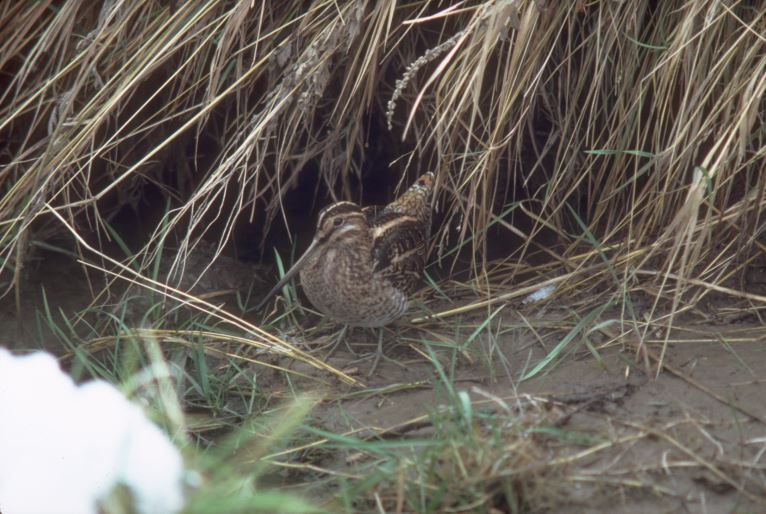 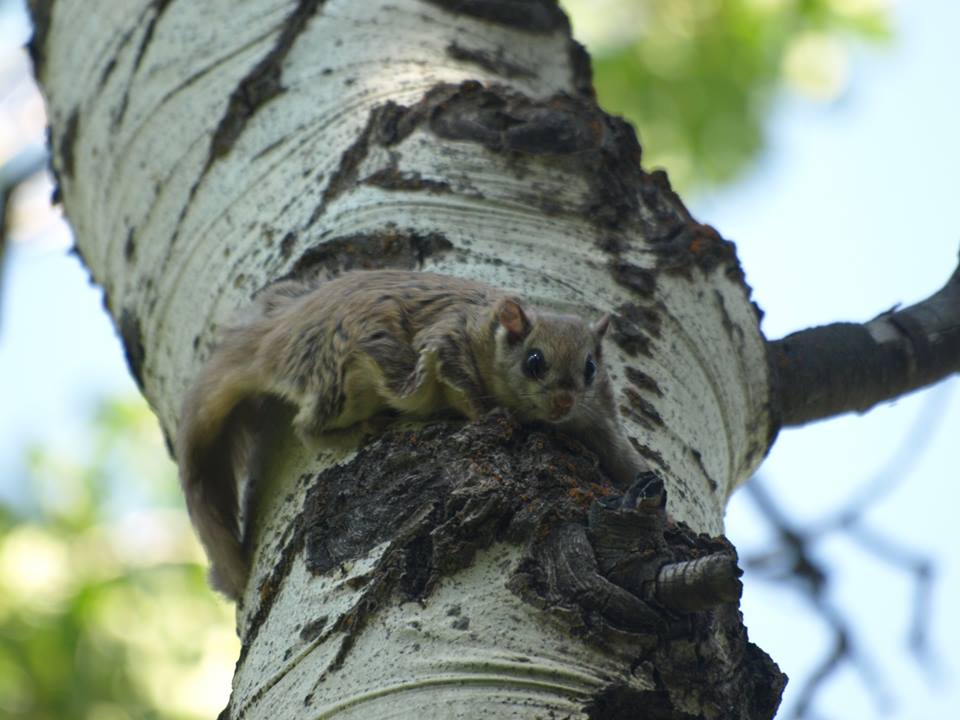 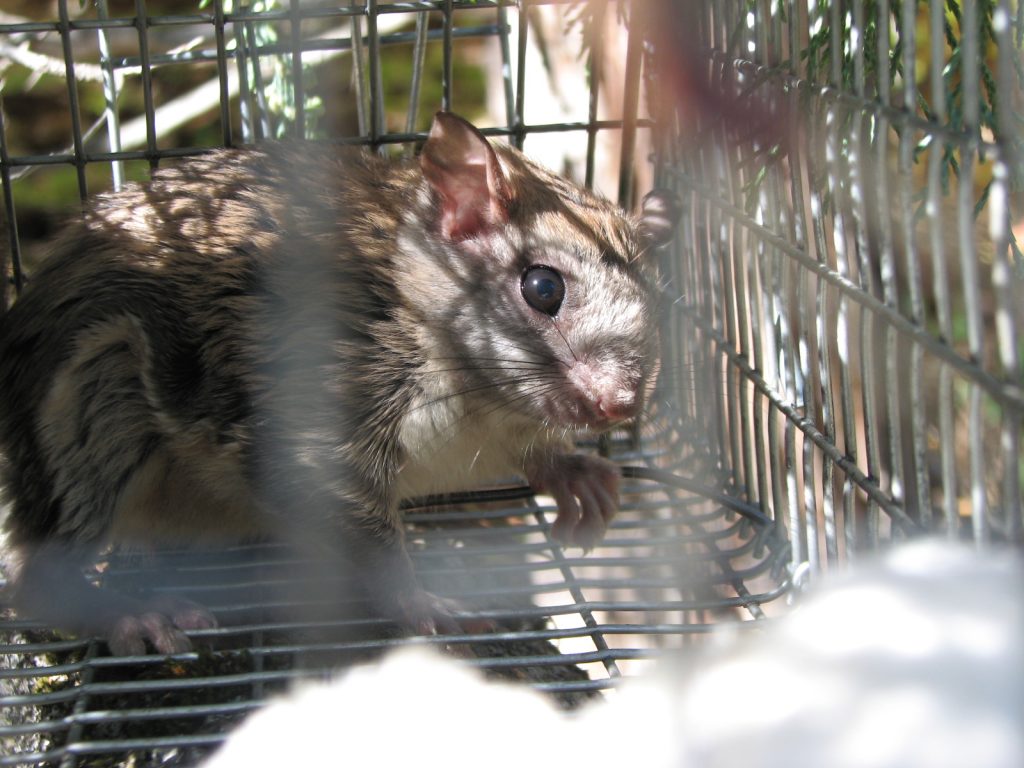 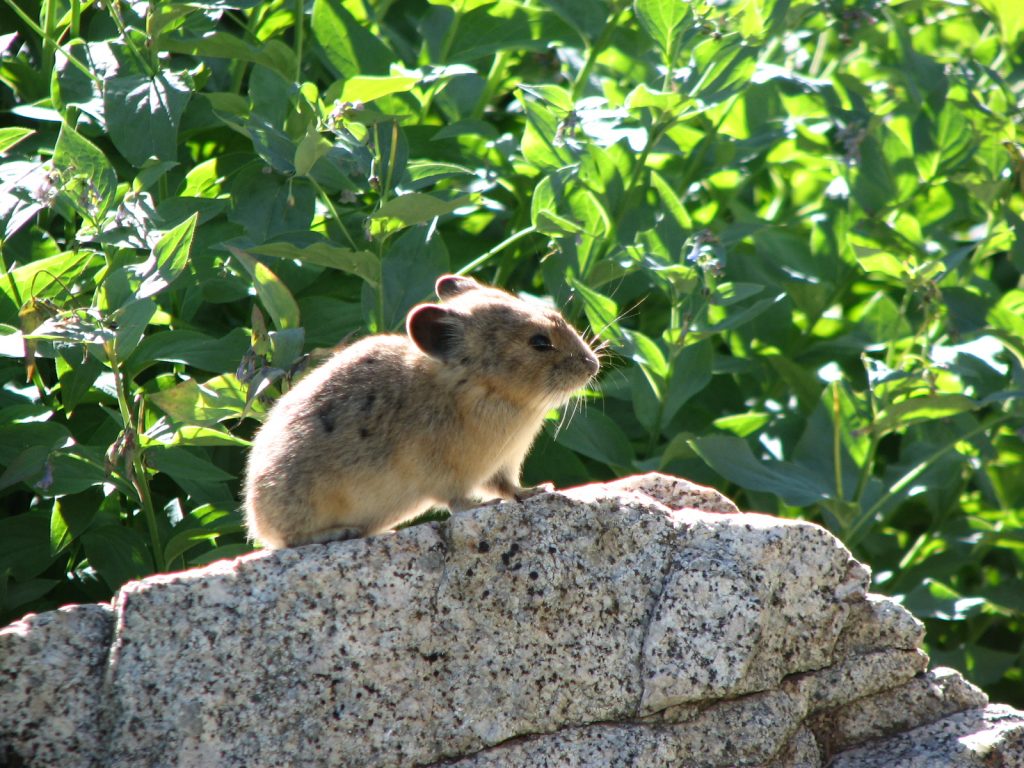 A pika on a rock, date and location not specified. Photo courtesy of Utah Division of Wildlife Resources, St. George News 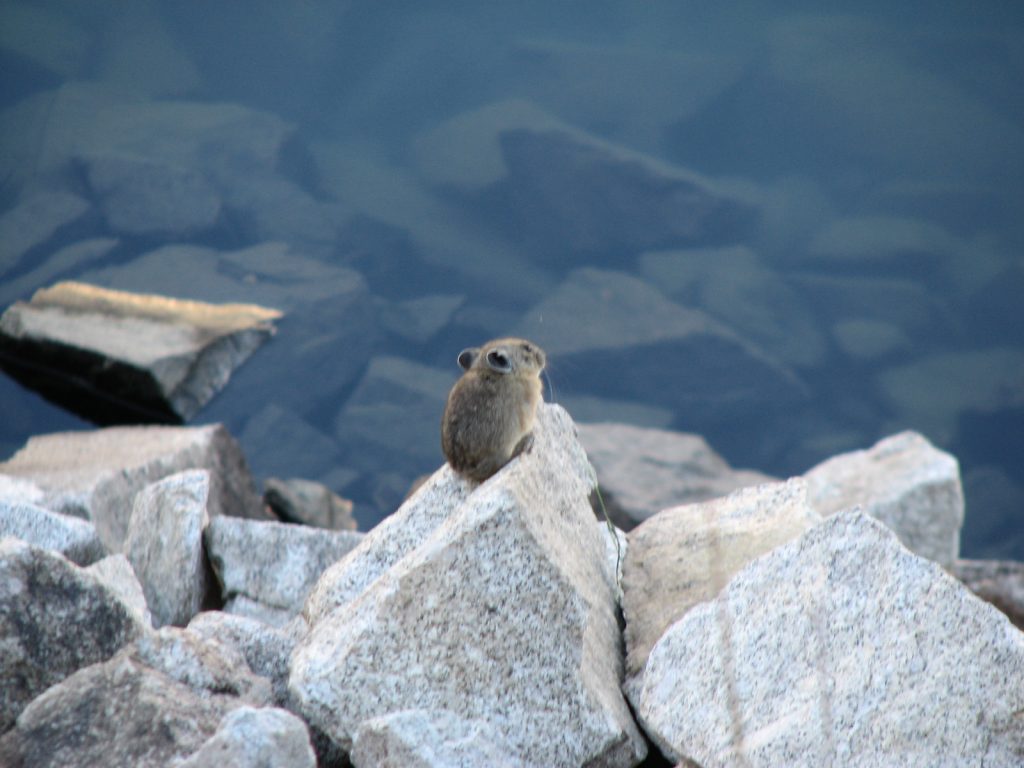 A pika on a rock by the water's edge, date and location not specified. Photo courtesy of Utah Division of Wildlife Resources, St. George News 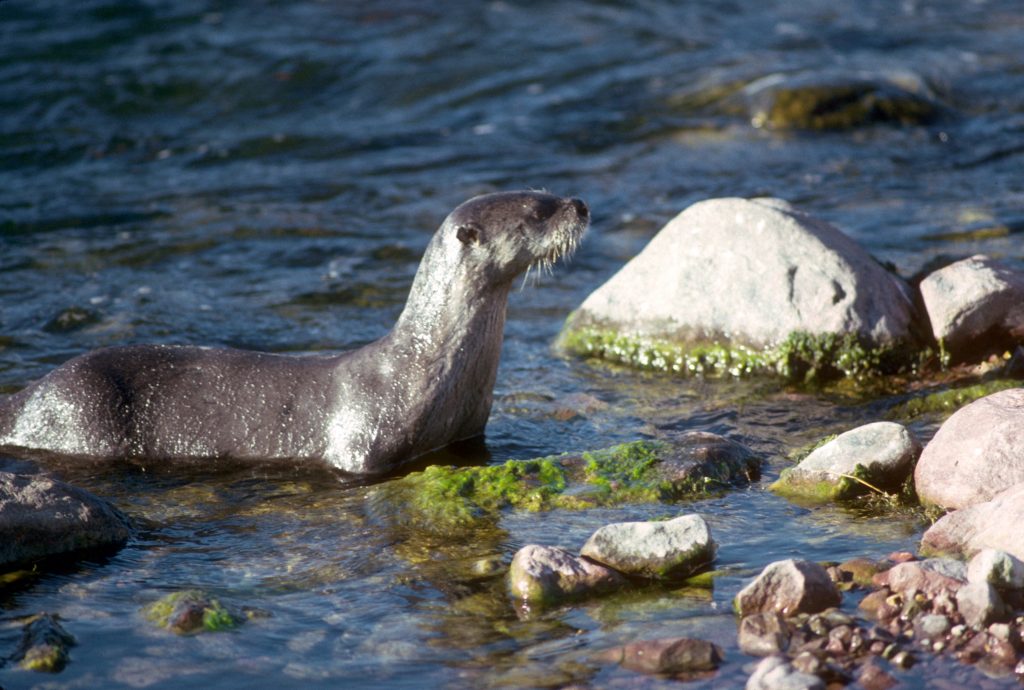 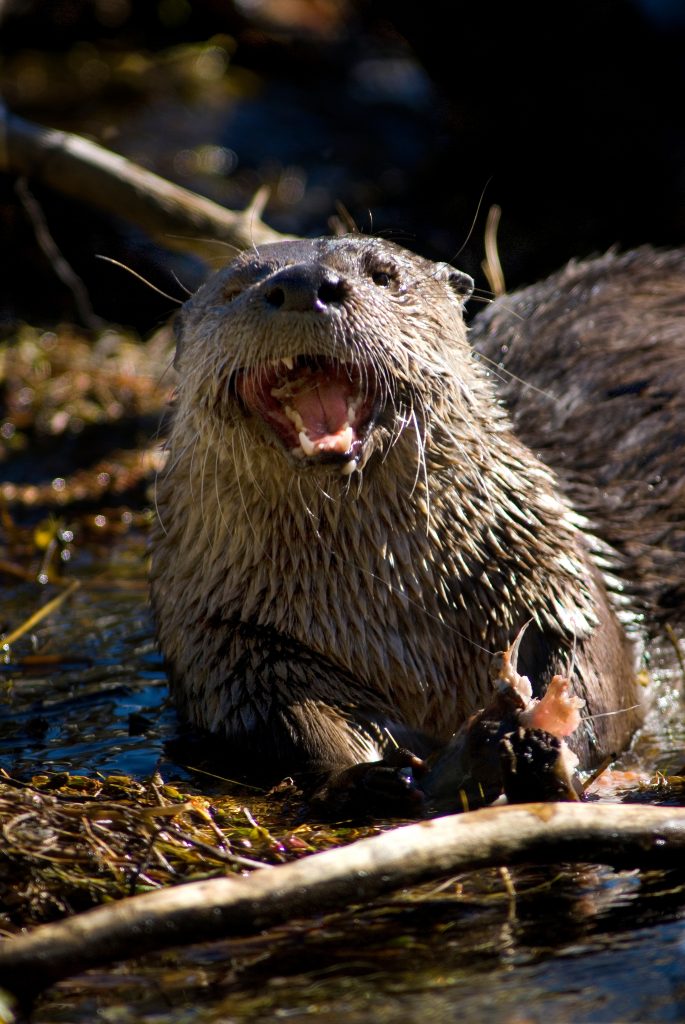