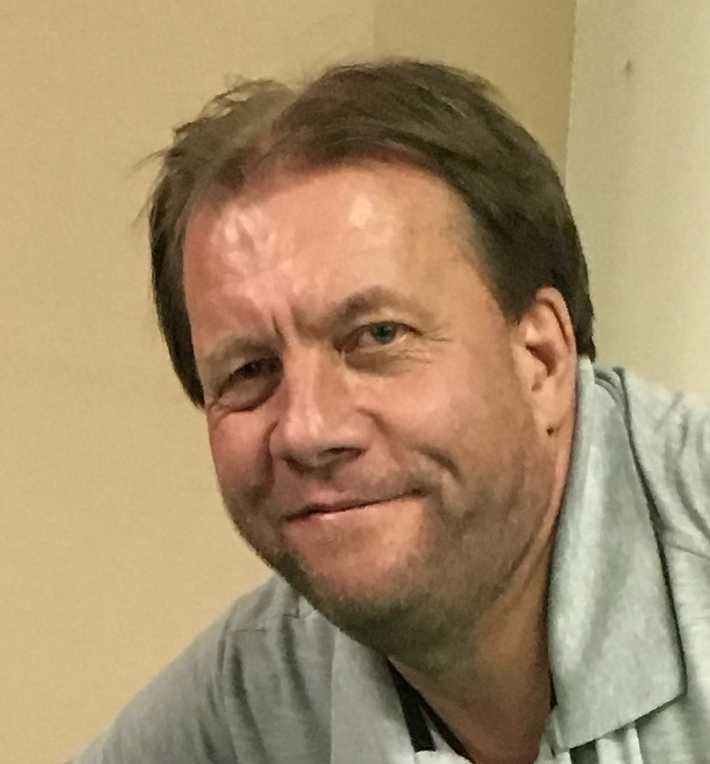 Keith was born in Provo, Utah, on Oct. 14, 1966, and is the son of Dori Brinkerhoff Phillips of Bloomington, Utah; William J. Loveless (deceased) and 2 amazing step-fathers: Thomas T. Phillips and David L. Wilkerson.

He graduated from Cedar City High school in 1985. In 1986 he married Janet Crockett; they were later divorced. In 2004 he married Afton Coates Jacobsen and became instant father to Tyson, Colby and Cameron. He and Afton were divorced in 2012. She preceded him in death.

Keith was a people person; he loved everyone. He worked at Burger King then McDonald’s for many years. People would stand in his line so he could wait on them. He worked in Drive n Load at Harmon’s Grocery for ten years, greeting everyone, putting their groceries in their trunks and making them so glad they shopped at Harmon’s.

Keith was a spiritual giant in a less than perfect body. We are comforted to know he is now free to truly be himself!

Keith had been a resident of Bella Terra Care Center for the past year and we as a family want to give a heartfelt thanks for the love and care he was given by the staff.

Condolences may be shared at mcmillanmortuary.com.