ST. GEORGE — Most people notice this time of year when TNT Fireworks tents pop up around the city selling everything from sparklers to full-on aerial explosives. But for those working inside the tents, it’s about more than selling fireworks.

Fireworks can only be sold one month out of the year in Utah, and for those running the tents, it provides a summer boost in income as well as an opportunity to meet people in the community. TNT Fireworks covers all of the overhead costs and does the work securing locations for the tents, as well as set up and delivery of supplies to sellers, who get to keep 20% of the money they make in sales.

Amy Brinkerhoff, along with her daughters Bailey and Sadie Brinkerhoff, run the fireworks tent in the Walmart parking lot on Pioneer Road. They tried it for the first time last year as a fundraiser for the Desert Hills High School cross country team.

This year, now that Bailey Brinkerhoff has graduated high school, the girls are using it as a way to raise money toward their college tuition.

“I have another job,” Bailey said, “but this is another way to make some more towards our tuition and stuff.”

Last year the Brinkerhoffs sold about $20,000 worth of fireworks, making about $4,000 in profits over the course of seven days.

“It’s just some really long days,” Amy Brinkerhoff said, “but you get a lot of money in a short amount of time.”

Orion Parker and Kristin Kelly are selling fireworks for the first time this year at the tent in the Smith’s parking lot on Bluff Street. Parker, a work-from-home father and a serial entrepreneur, saw an ad posted for a tent runner and was able to secure his spot through a friend who has participated for 20 years.

The couple plans to use the money they earn to pay off some debt to help them reach their goal of owning their own home and taking a family vacation.

“We’ve never done that, and we’d like to do something with the group of kids to go out and do a family vacation at the end of the year,” Parker said.

They’re also using the opportunity to teach their kids entrepreneurship skills and work ethic by paying them for their work.

“It allows us to use that free enterprise system that America talks about so much,” Parker said. “We can experience that firsthand as a family together and teach some life-changing skills that will be with them forever, as well as some memories.”

Parker said the family has also met some interesting people along the way, including some visitors from Australia who gave one of their kids a coin from their country and taught him about the currency.

For Dino Reber, whose tent is in the Smiths’s parking lot on Mall Drive, selling fireworks is more about the experience than anything else.

Reber’s kids have been involved in selling fireworks with their aunt for the past 12 years. When the aunt decided to retire last year, she asked Reber if he was interested in taking over a tent.

“When I tried it, I decided I liked it because I like being out with the people,” Reber said. “People enjoy the 4th of July. I like to be around happy people. And the people that come in are never in a bad mood.”

As the manager of the local production company CargoGlide, Reber has enjoyed the stress-free change of pace that selling fireworks brings, as well as visiting with his long-time friends in the community and meeting new people.

“I just love to be with the people, hear the stories, hear the fun,” he said. “Everybody is smiling when they come in.”

But Reber said not every experience with people during his time working in the fireworks tent has been pleasant – at least during normal business hours. Sellers are responsible for guarding the merchandise against thieves, even at night. While many sellers hire someone to watch the tent at night, Reber said he enjoys spending the night in the tent with his rottweiler.

On the first night they were set up, Reber encountered a man wearing a dark hoodie who tried to enter the tent until he saw the dog and ran.

As long as the circumstances don’t seem suspicious,TNT Fireworks doesn’t take any losses out of the seller’s profits when fireworks are stolen, but Reber said he has set up his tent in a way to prevent shoplifting, with the smaller products that might be easily slipped into a pocket or purse up front near the register.

“Yeah, there’s people with bad intentions. There’s always, in everything, going to be the people that want to get something for nothing,” Reber said.

As Southern Utahns are considering purchasing fireworks, officials want to make sure everyone knows about restrictions and locations where fireworks can be set off in different municipalities in Southern Utah.

Utah law prohibits the use of fireworks with the exception of the days surrounding Independence Day and Pioneer Day. Fireworks are allowed to be used on each holiday, as well as two days prior to and one day after: July 2, 3, 4 and 5, and July 22, 23, 24 and 25. Class C explosives are allowed to be sold and purchased in Utah between June 24 and July 25. 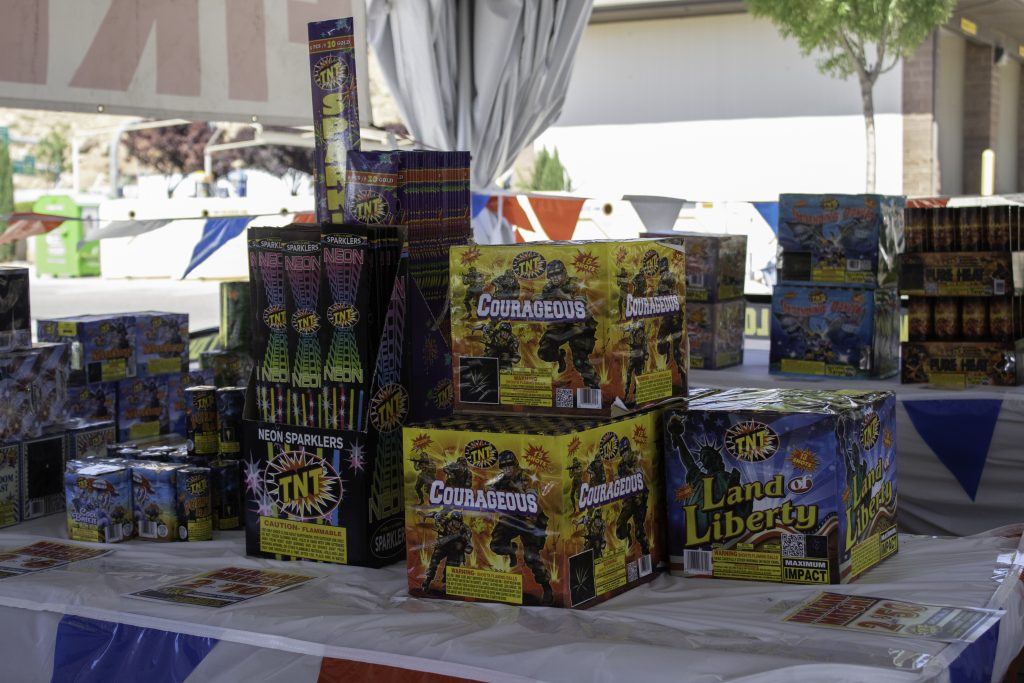 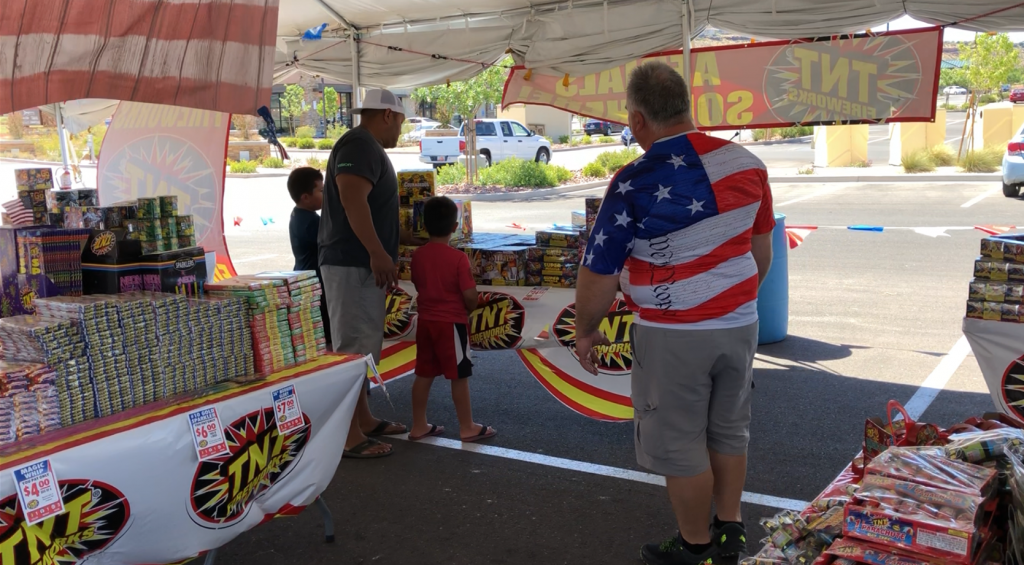 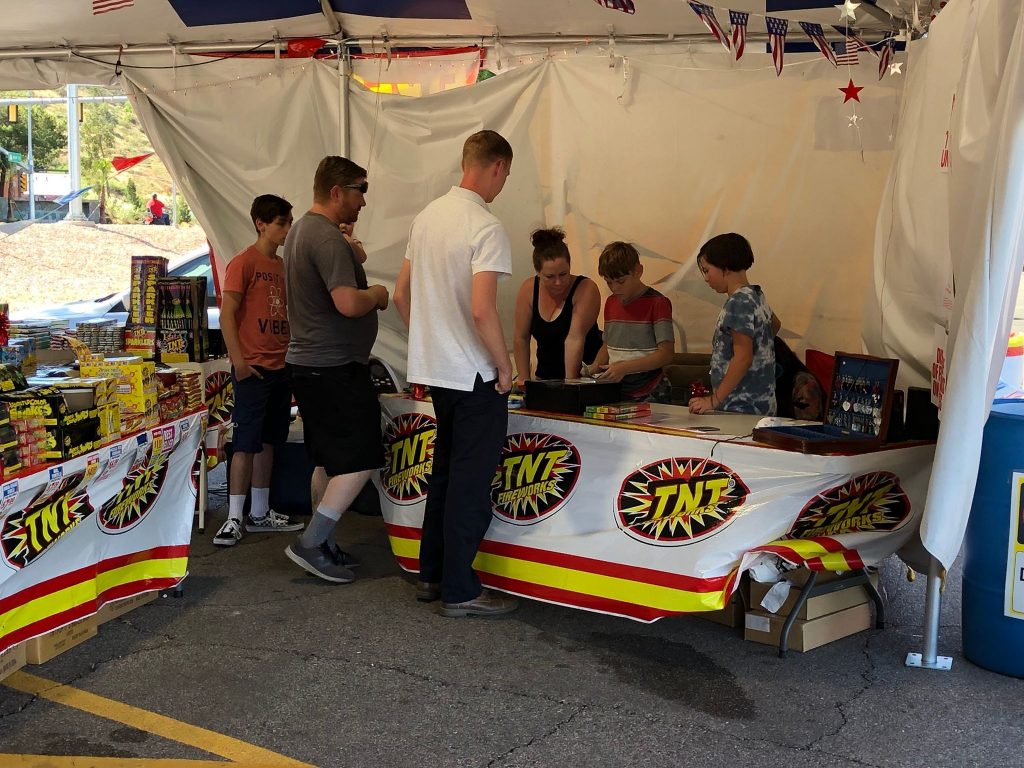 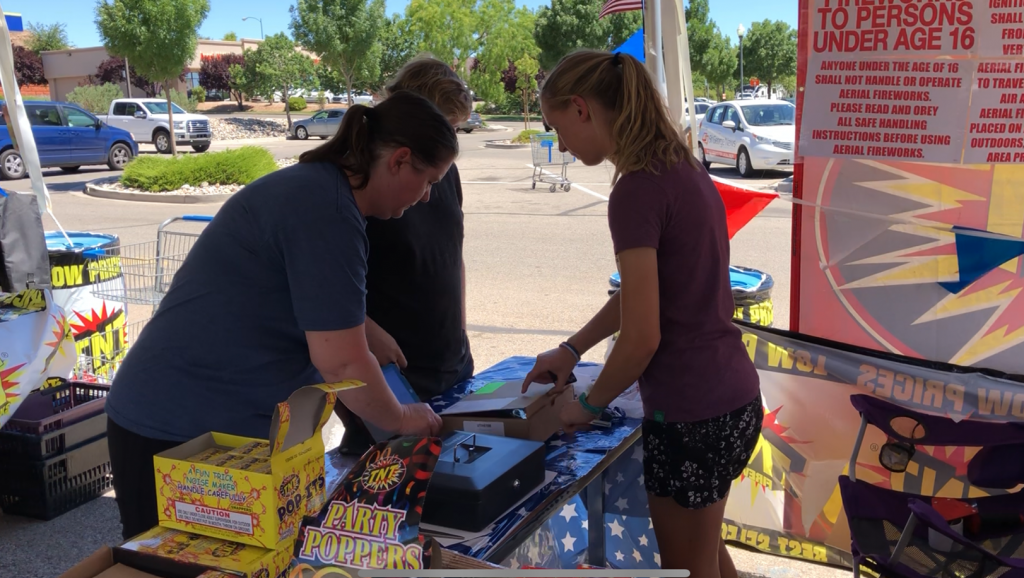 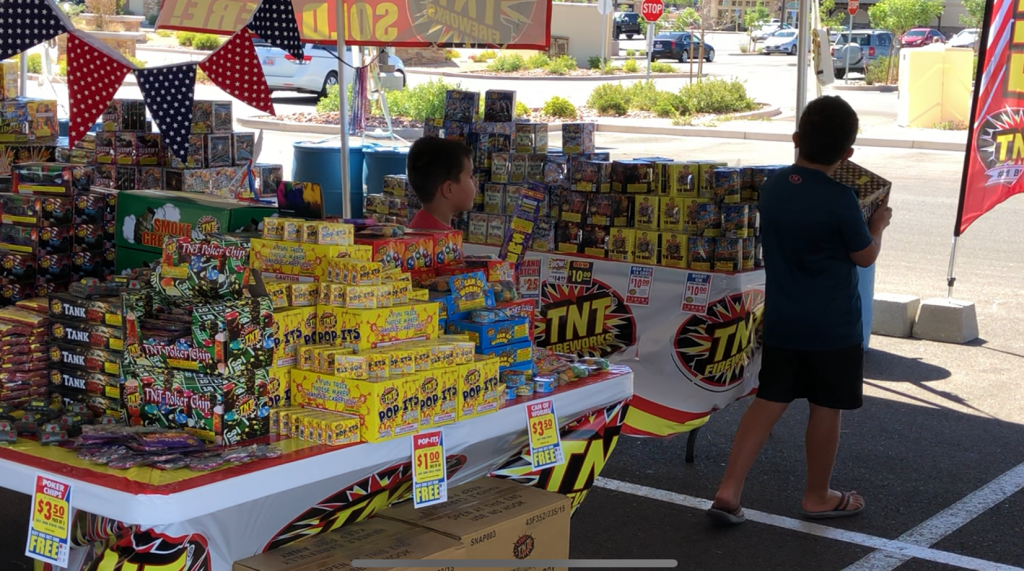 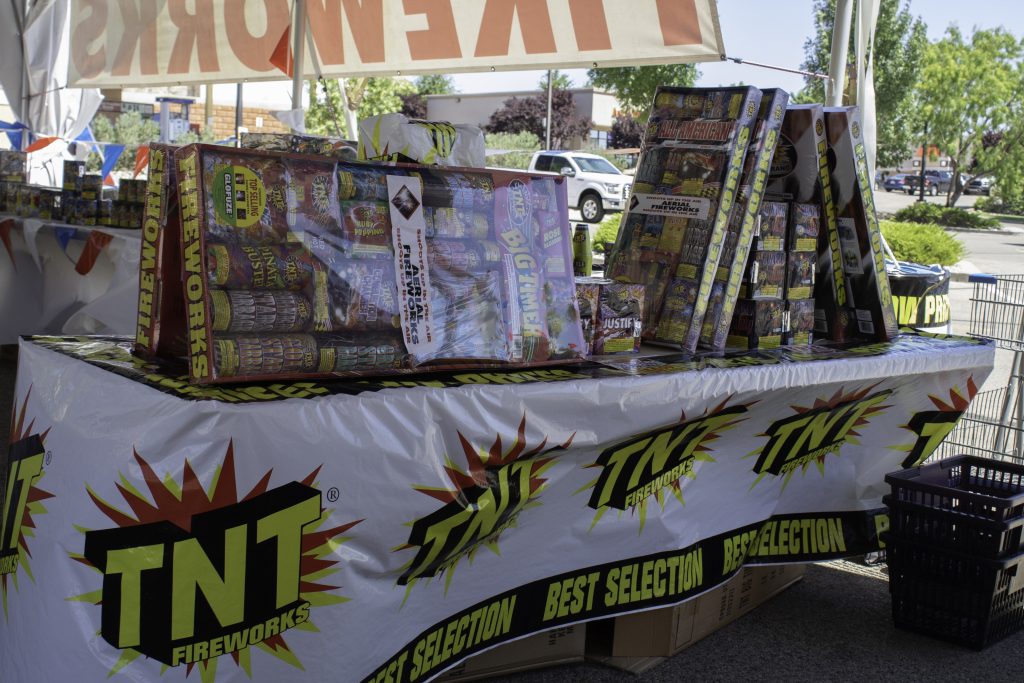 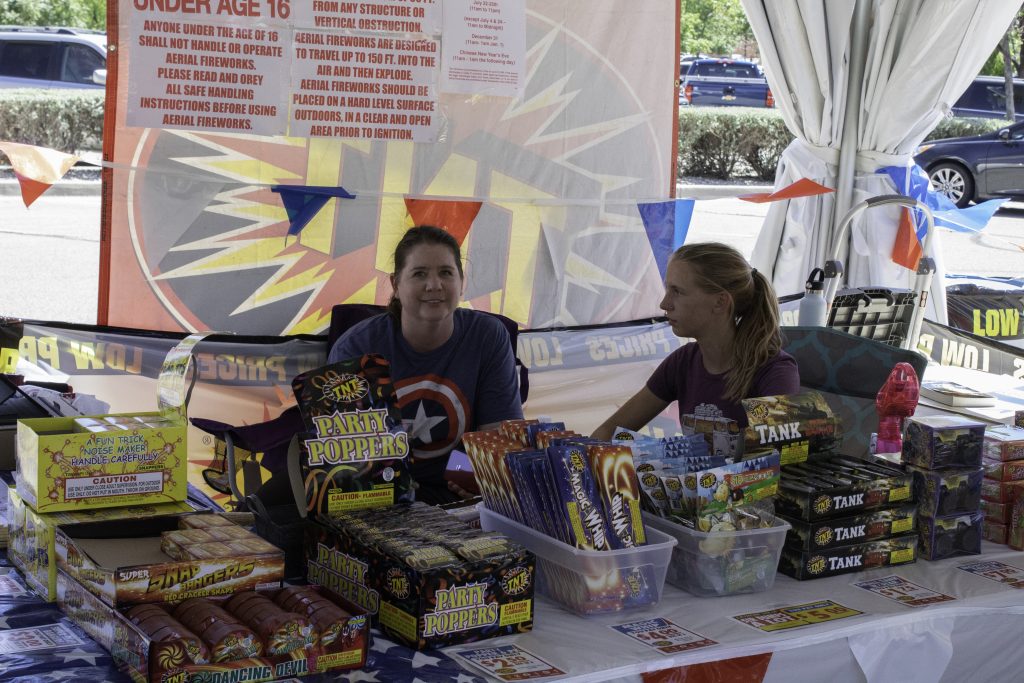