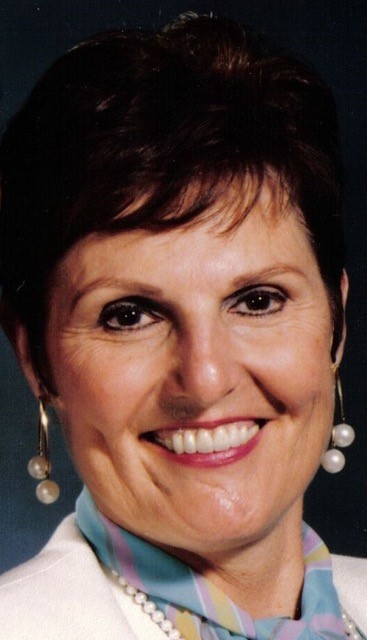 Lois Mae was born Dec. 8, 1925, to James Mark and Mary Genevieve (Genna) Bradshaw Clarke in Salt Lake City, Utah. Her family, including her brothers Ralph Mark and Keith Bradshaw Clarke, relocated to Los Angeles, California, when she was a young child and she considered Southern California “home.” One of the vivid memories of her youth was when World War II was declared on her 16th birthday.

Lois studied at both UCLA and USC. She valued education and encouraged all her children and grandchildren to pursue higher education. She met her lifelong sweetheart, Odeen Manning, in the Wilshire Ward Young Adult choir. They were married in the Salt Lake LDS Temple by Spencer W. Kimball on June 24, 1949.

They worked hard side-by-side for many years as Odeen pursued his college and medical degrees. She later worked alongside him as office manager in his medical practice in Woodland Hills. During that time they served a six-week medical mission at the invitation of Lois Mae’s uncle and aunt, Vernon and Marie Monson, who were senior missionaries in the Cook Islands. After they retired they served two LDS missions: a welfare mission to Ghana and as Area Medical Advisors in the Africa Southeast Area.

Upon returning from their mission to Ghana, they chose to retire to St. George, Utah, in 1995.

Lois would say that her favorite memories are wrapped up in raising her children and seeing them succeed in forming families of their own.