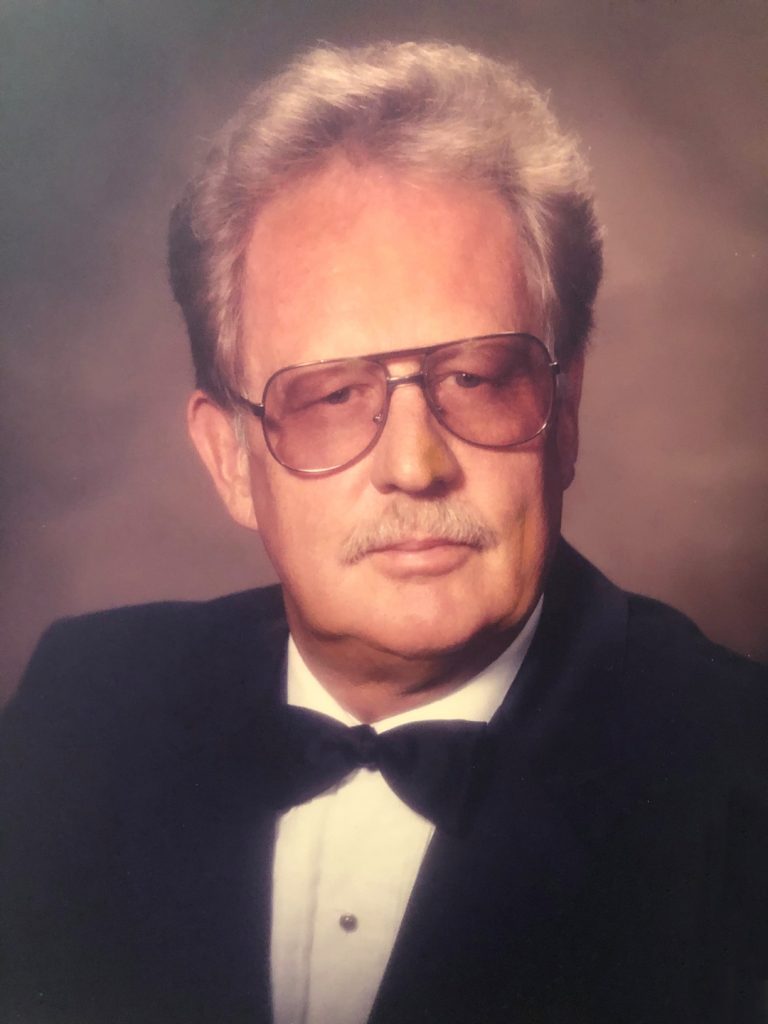 Nial K. McClellan was welcomed into Glenwood, Utah, as the seventh and youngest child of William Jeppie and Estelle Nielsen McClellan on Oct. 25, 1930.

He had a very special relationship with his mother, and they developed a deep bond; he also spent quality time with his father during summer breaks out on Seven Mile out on the sheep herd. He camped under the stars, learned to cook using dutch ovens and helped keep the sheep in line on the back of his horse, Nancy. An idyllic life for a young boy.

Nial’s life made an abrupt change at the age of 13 when his mother passed away. He sowed some wild oats and learned at the school of hard knocks.

He grew up fast and landed a job at Mountain States Telephone and Telegraph at the age of 16. He said he was 18 on the application and they put him to work as a grounds man. This included digging holes, setting poles, working with men twice his age and living away from his big family and dear friends.

Nial met and married Hurley Joy Pope at the age of 19 and that union produced two sons, David and Brent. They later divorced and he met Bernice Pulli Pearce, a fellow phone company employee. Nial and Bernice married in 1963 and he was transferred to the North Utah Office as a craftsman after living for 10-years in Price. They divorced in 1981.

During Nial’s 38-years with the phone company he earned many promotions and reached management in the engineering department.

Later he worked as a security manager for the Utah-Idaho territory, which mandated a national security clearance by the FBI. His duties were to protect the assets of Mountain Bell Telephone, investigate toll fraud, prosecute and gain restitution, work with law enforcement agencies on organized crime, hostage situations and to protect the secrecy of communication. Nial led and participated in many covert operations. One major sting took down a ring of thieves from Iran and Iraq on toll fraud.

Nial was also heavily involved in community and volunteer positions. He was very active in the Utah Telephone Pioneers and promoted golf tournaments for company personal and the region. He also served on the board of directors for Mountain America Credit Union. Always civic minded, he was a member of the JayCees, Lions and the Elks Lodge and served on the board for Youth Corrections in Southern Utah.

Nial worked hard, but also played hard too. He was an avid bowler and golfer, loved to hunt, fish and camp. He was always the life of the party and would orchestrate events such as the bow hunt in Dog Flats in Fishlake National Forest and bring a full pig to roast in the ground. He also planned and participated in golf tournaments in St. George, Utah, with friends and their spouses.

Nial married his soulmate, Sally Sandberg McClellan, in 1982 and he whisked her off to a honeymoon in St. Thomas Virgin Islands. Not only did he marry Sally, he took on the responsibility for helping her to raise her two teenage children, Michelle and Chris. Sally and Nial loved going to Lake Powell in their boat and spending time with family and friends on the red sand beaches.

In 1985 he moved the family to St. George and took on the challenge to oversee the conversion of the telephone office from mechanical to electronic. Upon completion he retired with 38 years of service at the ripe ol’ age of 55.

The Dixie Elks Lodge became a home away from home for Nial and Sally. They met many friends and Nial served two nonconsecutive terms at Exalted Ruler while participating and overseeing many community projects.

Nial, not one to sit around, decided it would be fun to be campground hosts and managers in Pine Valley. He and Sally enjoyed five wonderful summers there until they decided to expand their horizons and move to Waikiki, Hawaii, and serve as property managers for ORE (Sweetwater Properties).

After returning to St. George he was employed by the Dixie Center in a variety of positions. When the concrete floors were too hard on his knees, he decided that it was time to retire for real and enjoyed going out in their motor home. Fishlake in the summers and winters in Arizona. They loved meeting new friends and riding their ATVs out in the beauty of this country.

Nial lived a full life on his own terms. He loved and was loved. He will be deeply missed.