ST. GEORGE— According to police, two people were transported to the hospital after a serious crash on River Road.

The crash occurred around 11:30 a.m. Friday when the driver of a black Acura TSX attempted to turn left out of the Lowes shopping center onto River Road, St. George Police officer Joe Deim said.

The Acura turned in front of a gray Chevrolet Tahoe which was traveling north on River Road. The vehicles collided, leaving both severely damaged.

“They must not have seen the Tahoe or thought they had enough time,” Deim said.

Traffic was narrowed to one lane in both directions while responders worked to clear the scene.

Emergency responders had to extract both occupants from the Acura and transported them to Dixie Regional Medical center with unknown injuries.

“They were both awake and conscious, alert, when medical arrived on scene. It doesn’t sound like anything life-threatening at this time,” Deim said.

The driver of the Tahoe was not transported but received minor injuries to the leg.

Airbags were deployed in both vehicles and all occupants were wearing seat belts at the time of the crash.

The incident is still under investigation and no citations had been issued at the time of this report. 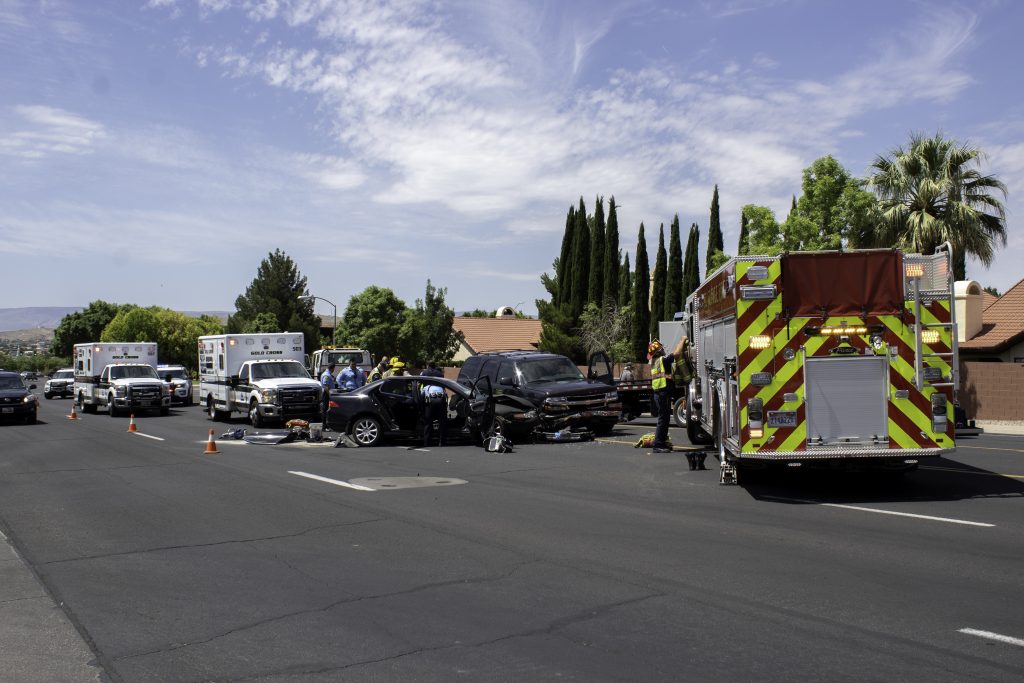 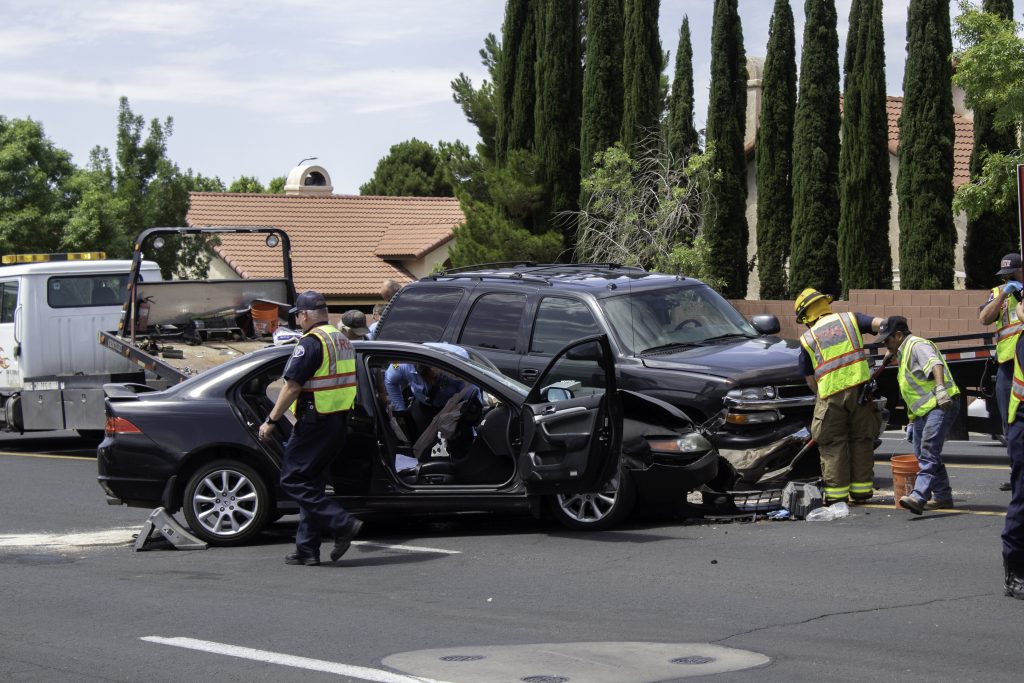 The scene of a crash after a black Acura turned left in front of a Chevy Tahoe on River Road, St. George, Utah, June 14, 2019 | Photo by Mikayla Shoup, St. George News 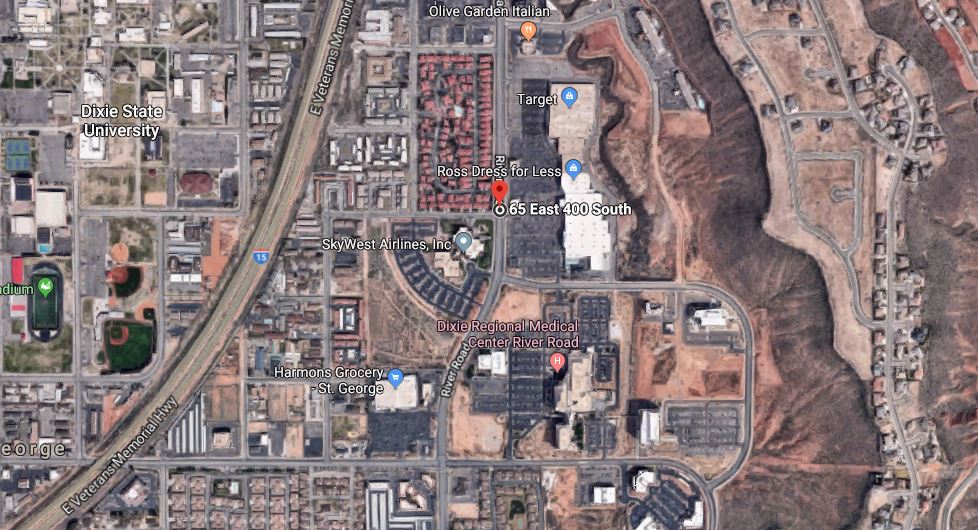 Police respond to man practicing 'naked yoga' in the park