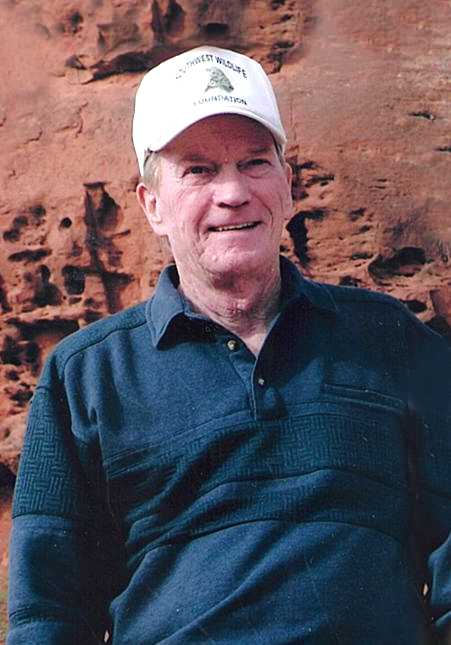 After graduation from South High he attended the University of Utah, and was forever a Utah Man. He served in the Utah Air National Guard and Air Force Reserve from 1954 to 1965.

Hal began his career as a newspaper printer/graphic artist in an apprentice program October 1957. In July 1962, he became a journeyman printer for the Newspaper Agency Corporation, publishers of the Salt Lake Tribune and Deseret News in Salt Lake City. When they lived in Arizona he was employed by The Arizona Republic, The Phoenix Gazette and The Daily News Sun in Sun City, Arizona. He had the unique experiences of learning the trade when it was in the “hot metal” phase and working through the transition to the computerized production processes at the time of his retirement in 1988.

In 1967, Hal made a hole-in-one on the eighth hole at the Forest Dale Golf Course in Salt Lake City. For many years he was a league bowler participant and carried a 189 average. Hunting birds, tolerating Valerie’s cats, working crossword puzzles and being an avid sports fan were some of his hobbies. He served over 20 years on the HOA board for Springfield Estates in St. George.

He is survived by his wife, Valerie, and nieces and nephews in Utah, Idaho, California, Arizona, Texas, Georgia, Virginia and New Hampshire. Hal was preceded in death by his parents and siblings, Darlene, Brice, Carol and Renee.

In lieu of flowers donations may be made to the Intermountain Southwest Cancer Center.