ST. GEORGE — A string of incidents involving vandalism of art on display around downtown St. George has prompted the city and the organization behind the installations to band together in hopes of putting a stop to the destruction.

Three Art Around the Corner installation pieces have been vandalized since their debut during the first week of April. The first vandalism occurred weeks after the installation when the “Continuum” sculpture was bent in half.

Art Around the Corner Foundation Chair Marianne Hamilton said the piece was “graceful” and “a beautiful, feminine form.” She said those responsible would have had to “exert a pretty significant amount of pressure on that on purpose.” She said the statue would not have bent if kids were playing on it or someone was leaning on it.

Hamilton said the nonprofit Art Around the Corner Foundation contacted the artist, who sent a replacement piece called “Unity.”

The vandalism of another piece, “The Seventh Archangel, Who Governs Saturday,” happened shortly after. The sculpture depicts a winged angel with gold coins wrapping around his leg. Hamilton said the vandal chipped off each of the gold coins one-by-one.

The vandalism has been reported to the city, and Hamilton said she hopes the statue will be repaired and the situation will be resolved soon.

The latest vandalism involved the “Duck Parade” piece, in which the last duckling in a row of seven was broken off and is currently missing. Hamilton said police are following leads and assessing possible CCTV footage of the vandalism.

She said she is surprised that this is happening in the community. The statues have been relatively safe in the past, she said, and she doesn’t know what would possess someone to vandalize the art.

The art on display is loaned to Art Around the Corner for free by the artists.

“We are extremely fortunate that they are so kind and willing to contribute to the beauty of St. George with their work,” Hamilton said. “The best way we can repay them for this kindness is to appreciate their work safely and respectfully.”

Hamilton said she went to the city of St. George to discuss strategies to help ensure the security of art on display around town. She is asking for the community’s support in being watchful and reporting anything that looks awry.

The Art Around the Corner organization held a board meeting Thursday where they identified potential volunteers to check on the art regularly. Members from the city were present, and the St. George Police Department has offered manpower to help with security.

“We realize that in town square the kids climb on the pieces and there’s a possibility that things could get damaged,” Hamilton said. “But if we see signs that something is happening, we want to catch that early so we can report it.”

She said she welcomes people to email [email protected] in these events. Anyone with information regarding the vandalism of the “Duck Parade” is also asked to contact the St. George Police Department at 435-627-4300 and reference incident number 19P013872. 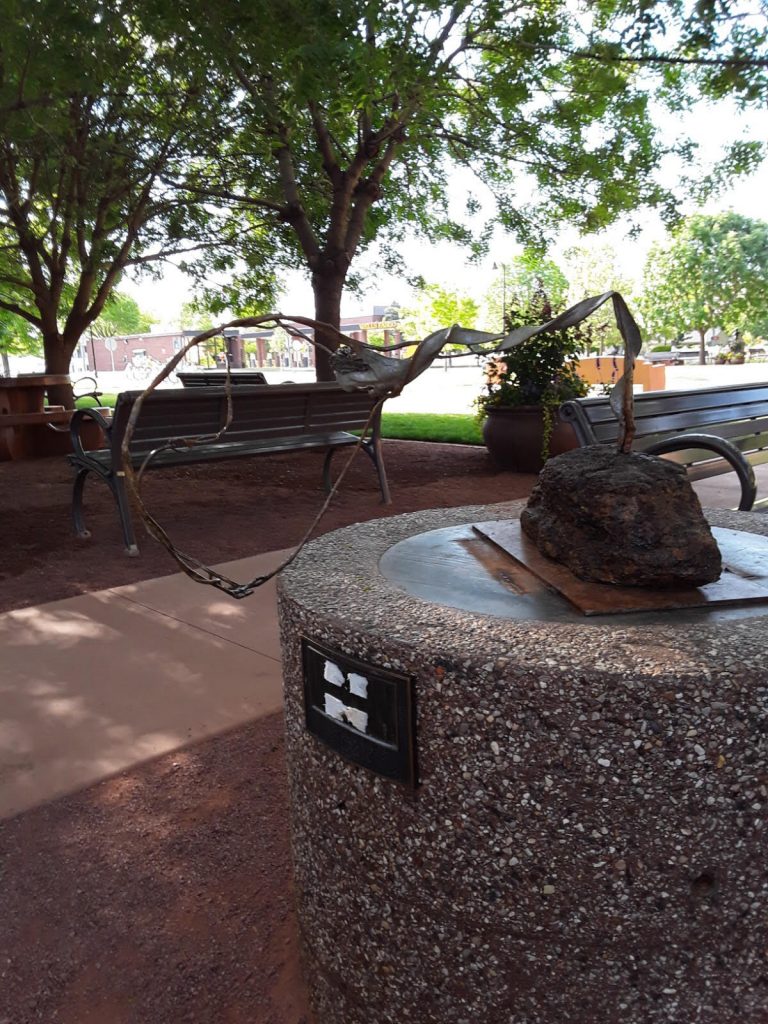 The "Continuum" statue vandalized as it was on display in downtown St. George, UT, at an unknown date | Photo courtesy of Marianne Hamilton, St. George News 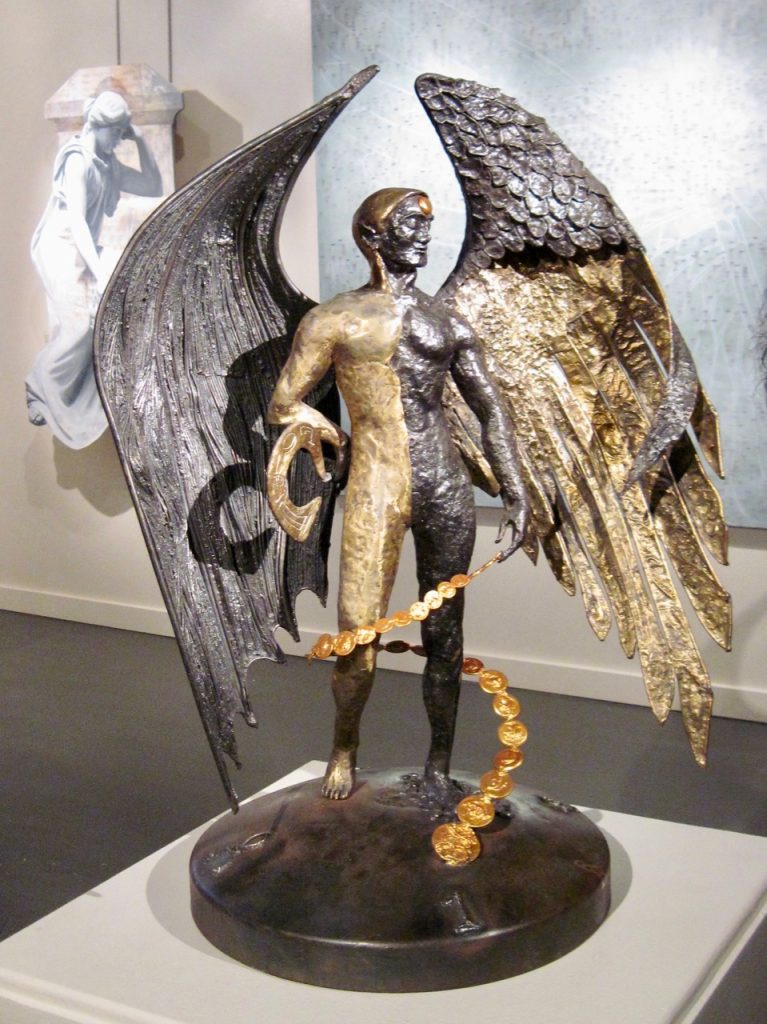 "The Seventh Archangel, Who Governs Saturday" before the gold coins were chipped off it in St. George, Utah, at an unknown date | Photo courtesy of Marianne Hamilton, St. George News 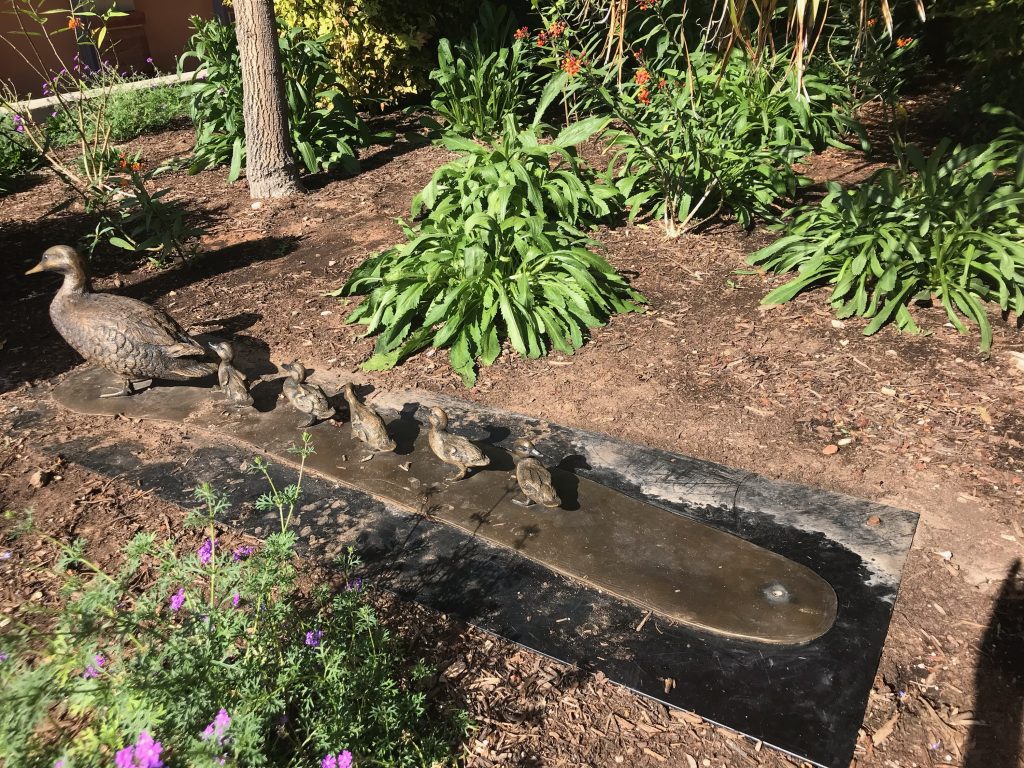 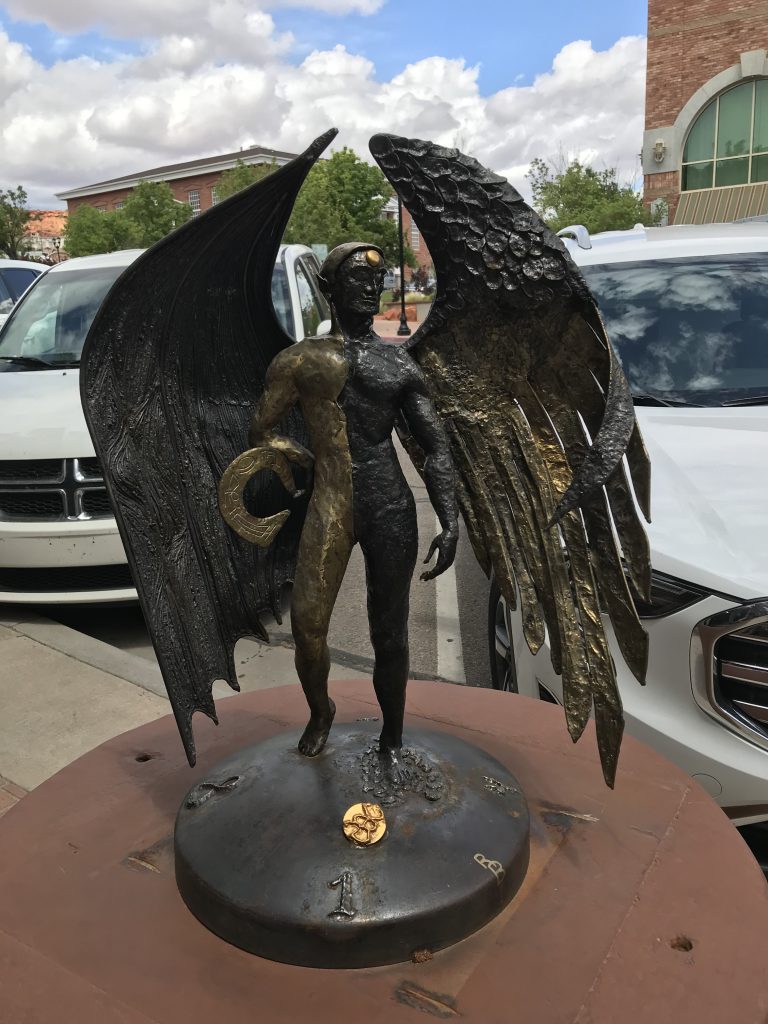 "The Seventh Archangel, Who Governs Saturday" shows signs of vandalism after gold coins were chipped off it in St. George, Utah, date not specified | Photo courtesy of Marianne Hamilton, St. George News

The roundabout spider may have crawled away, but Art Around the Corner dazzles with 37 new sculptures

Art Around the Corner gala returns with new venue, new opportunities to own original artwork