Crews from the St. George Fire Department respond to a wildfire caused by sparks from a campfire off Turkey Farm Road, Washington County, Utah, May 25, 2019 | Photo by Cody Blowers. St. George News

WASHINGTON COUNTY — Firefighters in Washington County responded to a blaze started by a campfire that quickly spread across a thick carpet of dried vegetation, demonstrating the beginning of a potentially heavy fire season in Southern Utah.

At 10:40 p.m. firefighters were dispatched to a brush fire reported on Cottonwood Road, known locally as Turkey Farm Road, which serves as a connecting road to a number of trails within the Red Cliffs Desert Reserve just north of St. George.

Fire crews arrived in six brush trucks and a fire engine to provide a water supply, St. George Fire Chief Robert Stoker said, adding that when they arrived, “the fire was about an acre in size and spreading.”

The fire was determined to be human-caused after a small campfire lit just off the roadway “got out of control,” Stoker said, adding that the individuals who set the campfire “remained at the scene and spoke to us when we arrived.”

The blaze was contained in just under an hour, and crews remained at the scene for some time to put out the remaining smoldering spots. Crews from Santa Clara/Ivns Fire Department and the Bureau of Land Management were called in to remain at the scene throughout the night to watch for any hot spots that could potentially reignite and spread.

The area was covered in cheatgrass and lighter fuels that burn and spread quickly, Stoker said, explaining that heavier-than-normal rains have caused the grasses to grow rapidly. The grass dries out quickly, leaving behind an area covered in natural fuel that can create extreme wildland fire hazards.

“We have an overabundance of cheatgrass and other fuels that have overgrown the area in spring, but they are already dried out and just fueled the fire,” Stoker said.

Cheatgrass can generate flames that reach 8 feet in height and travel more than 4 mph, igniting larger and more volatile vegetation as they spread, according to Colorado State University.

With the added fire hazards caused by overgrowth and the abundance of fuels, campers, hikers and those visiting remote areas in particular should be mindful that chainsaws, blown tires and even trailer chains dragging on the ground can ignite a fire capable of spreading rapidly. Stoker advises those in areas where campfires are permitted to have ready access to a shovel, water and dirt, which will help put out fires completely and can also contain fire if needed.

Stoker said the costs associated with fire suppression on human-caused fires can fall on the individuals responsible, which can run into the “thousands or even millions, depending on how big the fire is.”

“One spark can take off and create a catastrophe,” he said. 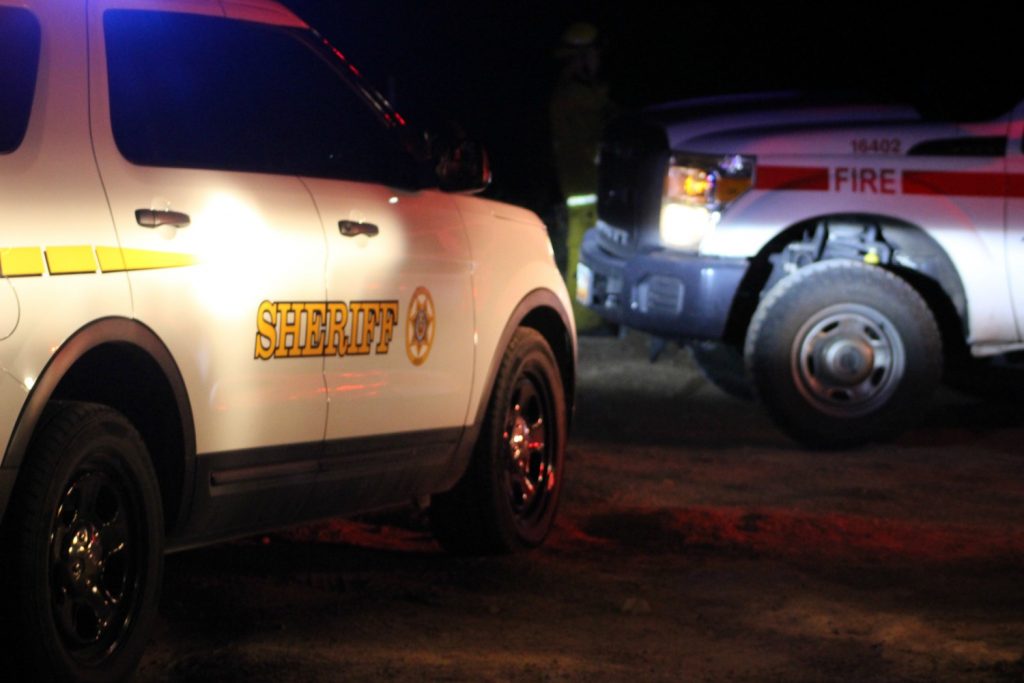 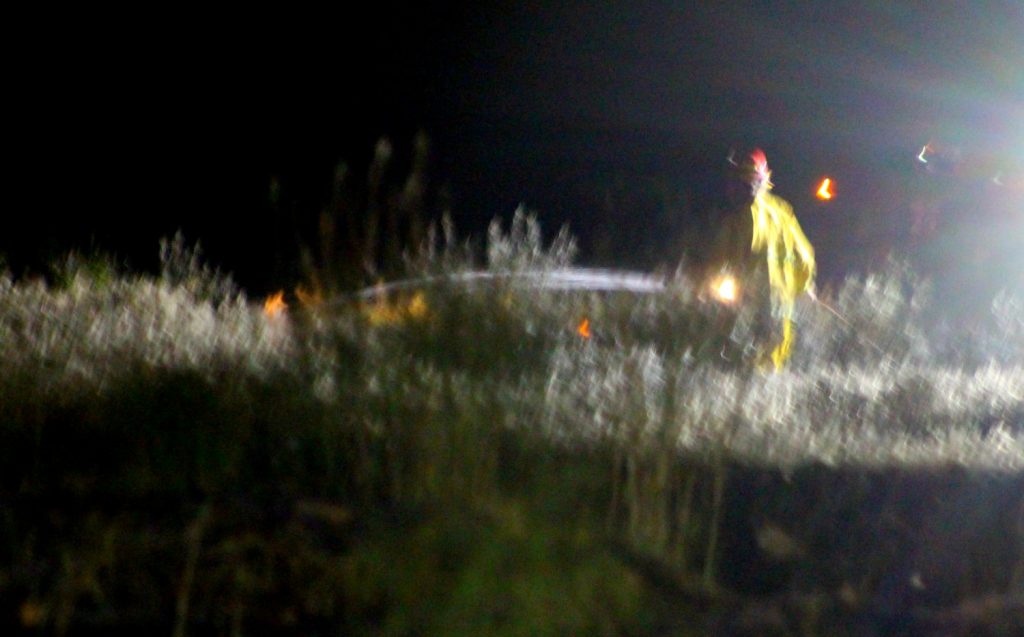 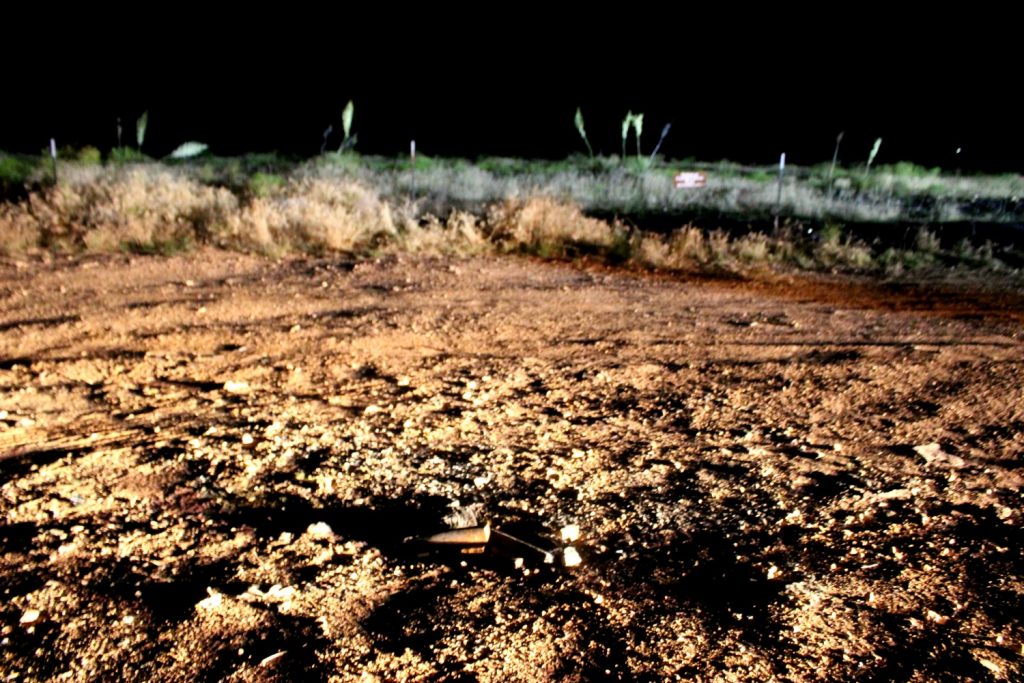 The campfire shown at bottom is believed to have triggered a 5-acre wildfire off Turkey Farm Road, Washington County, Utah, May 25, 2019 | Photo by Cody Blowers. St. George News 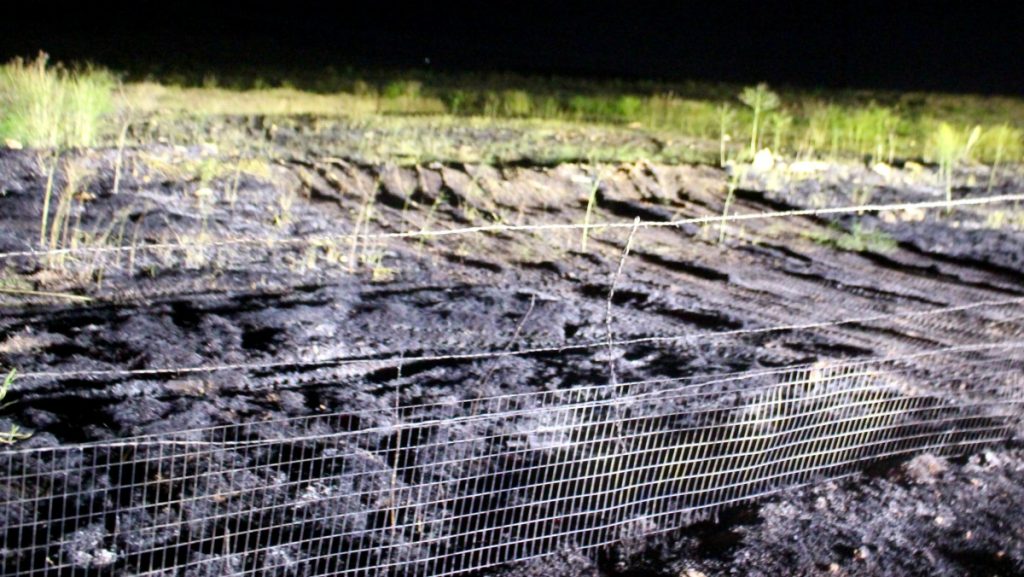 An estimated 5 acres burned in a wildfire triggered by a campfire off Turkey Farm Road, Washington County, Utah, May 25, 2019 | Photo by Cody Blowers. St. George News 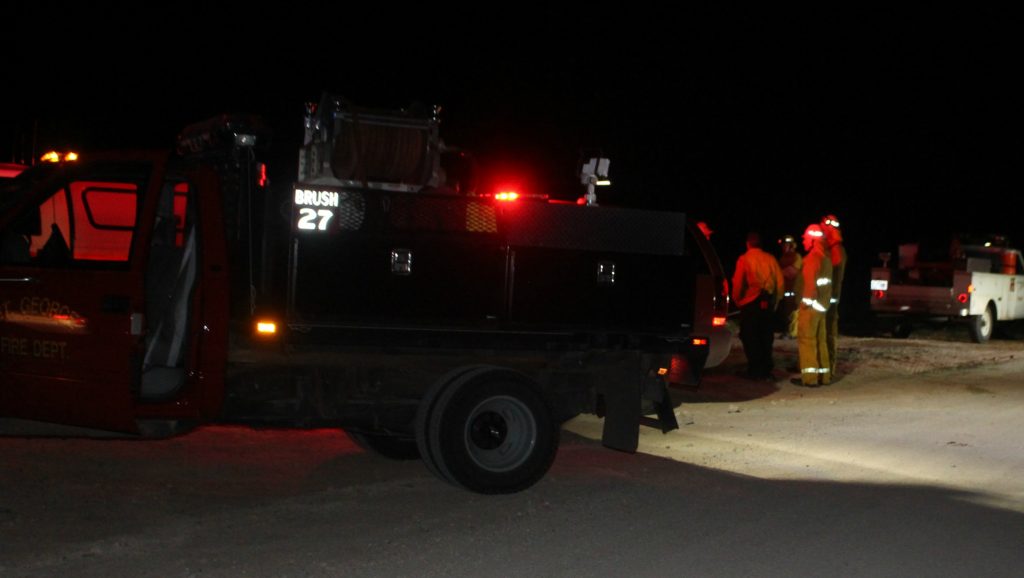 Crews from the St. George Fire Department and Bureau of Land Management respond to a wildfire caused by sparks from a campfire off Turkey Farm Road, Washington County, Utah, May 25, 2019 | Photo by Cody Blowers. St. George News

A 95-year-old giving tree comes down with a legacy