ST. GEORGE — A homeowner who suffered burns and smoke inhalation was transported to the hospital Friday after a fire broke out in the garage of a two-story home near Desert Hills High School.

Shortly after 1 p.m. firefighters and emergency personnel responded to a structure fire in the 3500 block of S. Price Hills Drive involving a two-story home where the large garage was on fire.

“When we were dispatched, we were told there was a large column of smoke coming from the structure,” St. George Fire Chief Robert Stoker said.

Fire crews arrived to find the three-car garage fully involved in flames. The homeowner was able to get out of the residence but suffered burns to his face and upper body in the process. He also sustained injuries to his lungs caused by smoke inhalation, Stoker said.

The man was transported to Dixie Regional Medical Center for evaluation and treatment.

“Gold Cross rolled up and scooped him up quick and then got him to the hospital,” one responder said.

Several other family members that were home when the fire started were able to evacuate, along with a number of pets that also made it out safely.

Fire crews started tackling the blaze that burned through the garage and was spreading into the attic area as well as into the bedrooms located just below.

The fire was contained in the attic within just a few minutes, and a short while later the flames were extinguished as firefighters continued dousing the structure with water.

Large crowds and concerned neighbors began to gather along Price Hills Drive as St. George Police officers were dispatched to contain the scene.

One vehicle was parked inside the garage and two others were parked in the driveway when the blaze started, Stoker said, all of which were destroyed in the fire.

According to initial reports, the homeowner was working on a vehicle parked inside the garage when there was some type of explosion, Stoker said, setting the garage on fire which then spread very quickly, he added.

“We don’t know exactly what happened in there yet,” Stoker said, “but once we get a chance to speak to the homeowner we’ll know more.

The  residence sustained extensive fire damage, particularly the south end of the structure where the fire started.

The cause of the fire is still being investigated. No other injuries were reported. 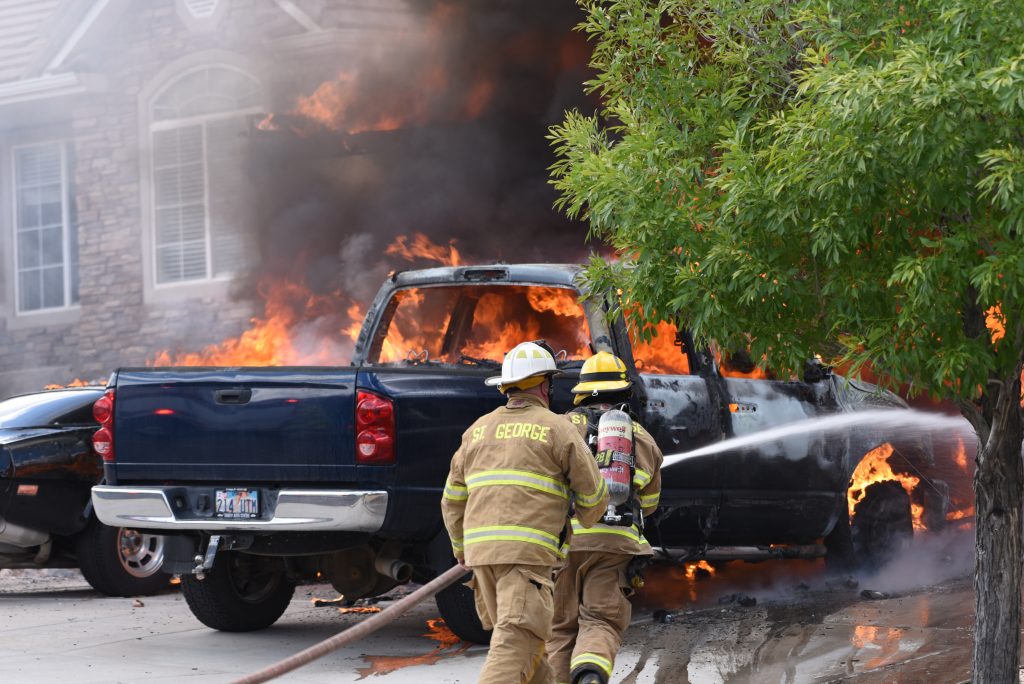 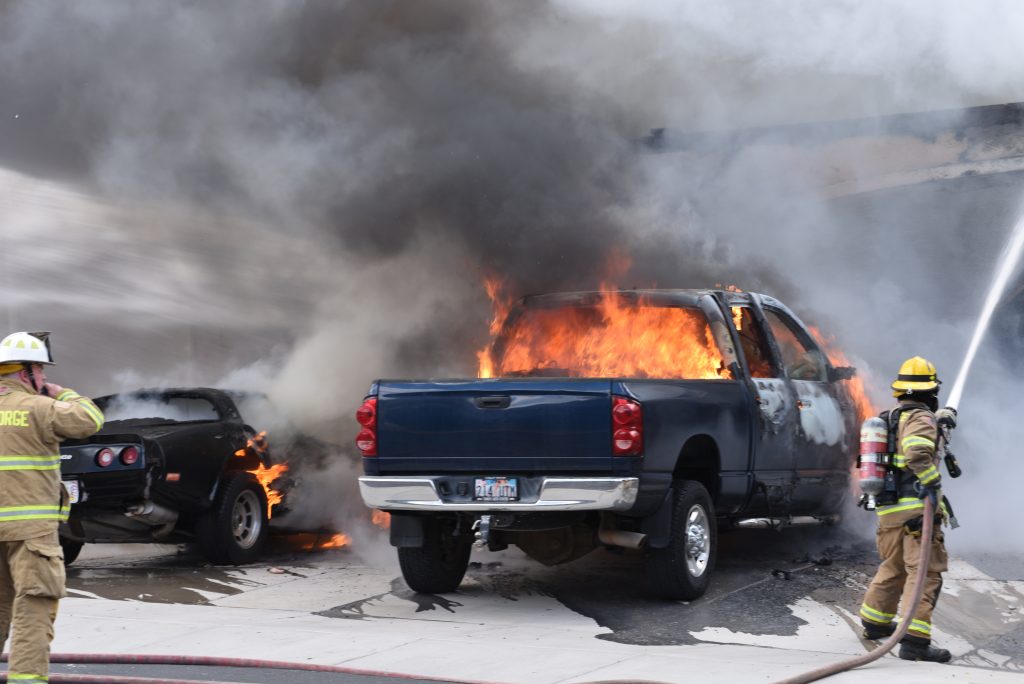 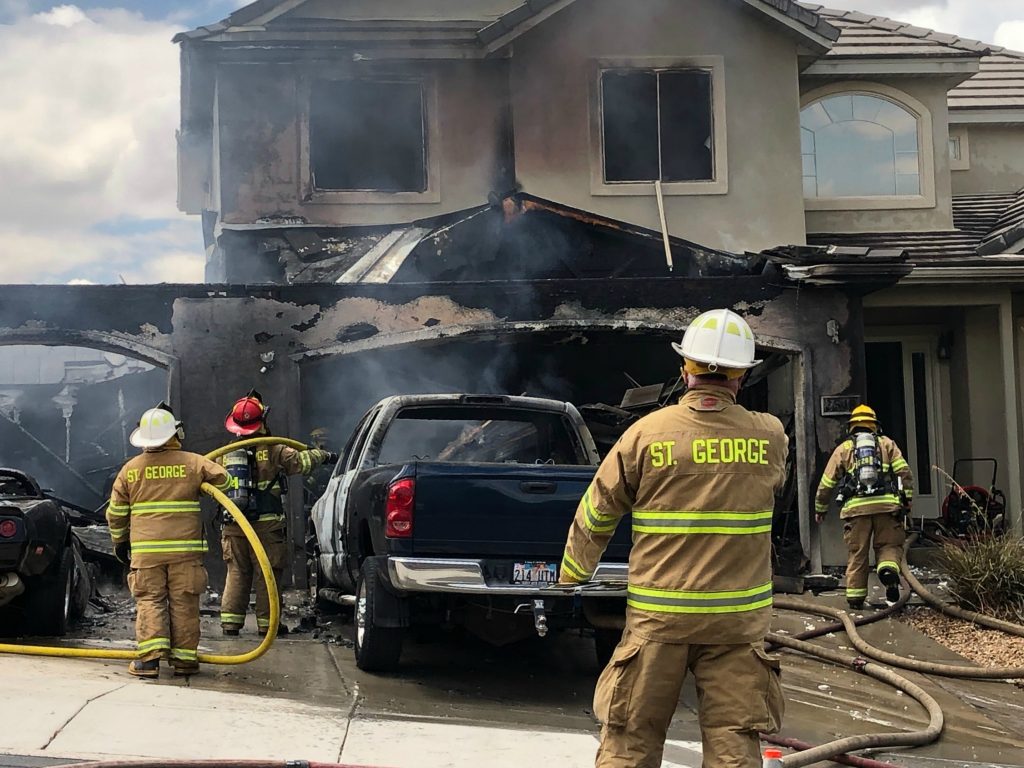