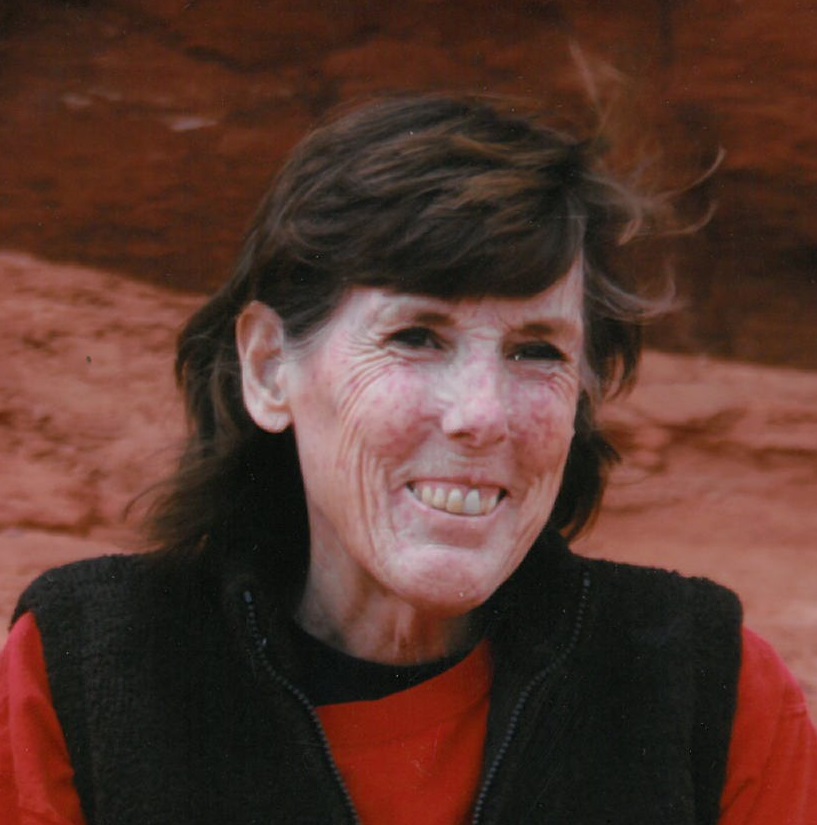 Beverly Jane Lundin Rowley of Hurricane, Utah, lovingly returned home to her heavenly Father wrapped in the arms of the Savior while surrounded by her husband and children on May 18, 2019.

Beverly was born on Jan. 31, 1951, in Fort Ord, California, to Bonnie Jo and Louie Lundin. Before her second birthday her family moved back to her home town of St. George, Utah. Upon their return tragedy struck the small family when her brother Chris was tragically taken in a drowning accident.

As Beverly grew she attended East Elementary School, Woodward Junior High and Dixie High School. She was an accomplished student who enjoyed dedicating herself to multiple activities, including the Spanish Club, throwing the baton for the marching band, 4-H, various sewing clubs, church softball and the rodeo club.

In her youth there was nothing she enjoyed more than riding her horse Jackstraw and competing in rodeo events, including pole bending, goat tying barrel racing and team roping with her younger brother Tim as her partner. It was a daily habit for Tim and Beverly to ride their horses from the center of St. George to the outskirts to go to the Posse Club and participate in 4-H and rodeo learning. The only day their mother was successful in preventing them from this was on Sundays when she forbid them.

In 1969 Beverly graduated from Dixie High school and seminary, after placing in the Make It With Wool sewing competition and continued winning in the sport of her heart, rodeo. She had won second place in the state finals for barrels, qualifying her for the National Finals Rodeo. This was also the time when she met her sweetheart Kent Burdick Rowley, whom she later married in the St. George Temple Jan. 10, 1970.

During their marriage Kent and Beverly had the opportunity for her great spirit and love for other people to thrive in several communities, including Moab (Arches), Snowflake, Arizona, and Monticello, Utah. She held many jobs that put her in the center of her community, including bus driving, lifeguarding at the community swimming pool, working at Jensen’s grocery store, learning to make world Famous Onion Rings from Buck Rogers at the Patio, owning the Snow Shack, a daycare center and a restaurant, teaching preschool for Head Start, managing Latter-day Creations, and continued involvement leading 4-H and horse learning programs.

In 1989 Beverly had been struggling with multiple illnesses in her body, and was diagnosed with mixed connective tissue disease, including lupus, polymositis and scleroderma. For many years those illnesses were not recognized by others as she continued to work as hard as anyone and suffered in silence. Upon those diagnoses Beverly’s determination increased, she was given approximately 10 years to live and in true Beverly Fashion gave it her all to defy the odds and survive for 30 years.

Beverly had two passions in the world, her horses and her family. She was the best wife and mother, raising six sons and five daughters. She was also the glue that held her family of origin together. After her diagnosis she worked in various jobs that allowed her to do this. She was able to move to Hurricane, Utah, to live in her motor home and care for her younger sister, Louise, who passed away from cancer in 2001.

While living in St. George she continued to exemplify Christ-like service and love again stepping into the role of caregiver with her sister Linda and her mother Bonnie Jo. In 2012 her sweetheart Kent was finally able to retire from his job with the Monticello Police Department and join his wife in St. George, Utah. The couple soon moved to Hurricane where Beverly found a love for her community, neighborhood and LDS ward family.

Beverly dedicated her life to serving others in every way possible. She cooked, cleaned, listened and supported her friends, family and community members. Most of all, though, she served her family by pushing through many difficult times with her health, she babysat many grandchildren and was the best friend and support to each of her children and their spouses. Beverly lived her life for her husband and children, and continued to participate in medical procedures to prolong her life as long as possible.

Beverly was preceded in death by her parents Bonnie Jo and Louie Clarence Lundin, her older brother Chris, her older sister Linda and her younger sister Louise.

At this time the family would like to thank all those who have and continue to offer meals, kind words and love during this extremely difficult time.