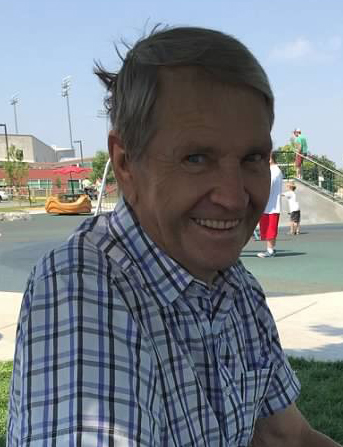 Homer moved with his family to the St. George area in 1987, following what he felt was Jehovah’s direction and was instrumental in beginning the Red Cliffs Congregation, where he remained settled.

Homer was known by many titles: husband, dad, son, brother, elder, uncle, grandfather, great-grandfather and friend. He was well known for his baby blue eyes, mischievous grin and competitive streak. Most of all he was known for his loyalty to Jehovah and great faith in Jehovah’s promises.

Homer loved telling a good story. He enjoyed winning card games with family and friends. He liked beating his son and friends (especially Fred) at golf.

He looked forward to working in the sound department of the Kingdom Hall, assemblies and conventions. He was willing to work hard at whatever he was asked to do for Jehovah and could always be found working behind the scenes on theocratic projects. He mirrored Isaiah’s attitude, “Here I am, Send me,” even when it was something outside of his comfort level, including in 2009, when he and Jean moved to help an English speaking congregation in Acapulco, Mexico, for one year.