CEDAR CITY — The Cedar Lady Reds got off to a strong start in the 4A softball playoffs Saturday, winning both of their games by decisive margins.

The Lady Reds defeated Park City 15-0 in their opening round game, which lasted just three innings due to the mercy rule. The first six Lady Miners did manage to put the ball in play over the first two innings, but all six at-bats resulted in infield putouts.

In the top of the third, Cedar pitcher Kenzie Waters struck out the final two batters after getting the first to ground out to second.

In the bottom of the third, Cedar turned its 4-0 lead into a major blowout, as the Lady Reds racked up 11 more runs, including grand slam homers by both Japrix Weaver and Britney Simcox. Simcox’s shot ended the game early, as it invoked the mercy rule by putting the Reds up by 15 runs after three innings.

Kelsi Oldroyd had also homered earlier, giving the Lady Reds their first two runs in the first inning, with a shot that cleared the right field fence.

Although the contest lasted just three innings and each Miner player batted only once, Waters was credited with a perfect game, as the Lady Reds did not allow a runner to reach base.

“We just knew if we made the routine plays, we would be fine in the field,” Weaver said, adding. “But then up at the plate we all knew that we just had to find the good pitch.”

Weaver wasn’t picky about the first pitch she saw in the third inning, which she sent soaring above the center field fence for a bases-clearing grand slam.

“Actually, I’m really glad it went over, because it was a change-up and I knew my dad (head coach Chris Weaver) would have been mad if I had swung and missed it, but it worked out okay,” Weaver said with a laugh.

In their second-round matchup later Saturday afternoon, the Lady Reds faced Mountain Crest Mustangs, who had made it past Lehi 4-2 earlier in the day.

The Lady Mustangs jumped out to an early 2-0 lead in the top of the first, thanks in part to a couple fielding errors by Cedar.

“They started off a little sluggish, because you know, they had a little time in between games and that was not indicative of how we play,” he said, adding that falling behind by two run in the first inning “ticked off” his players.

“We jumped back right back and scored three runs,” he said.

In the bottom of the first, leadoff hitter Japrix Weaver and second batter Kesli Oldroyd both singled, after which Denim Henkel blasted a three-run homer to center, giving the Lady Reds a 3-2 lead they would never relinquish.

Coach Weaver joked that Henkel’s powerful shot was almost superhuman. “It was a scary, scary swing. Normal people don’t do that. She might be an Avenger. We don’t know.”

The Lady Reds went on to hold the Mustangs scoreless over the last four innings of the game, eventually winning 14-2 in five innings.

With Weaver and Simcox each later adding a home run, the Lady Reds accumulated a total of 13 hits.

“It was a team effort,” Chris Weaver said. “Everybody got hits, everybody played well. Hats off to the girls.”

Waters picked up her second pitching victory of the day, allowing two runs on three hits against Mountain Crest while walking zero and striking out six.

“You know, you kick the ball around a little bit and sometimes that flusters the pitcher, but Kenzie did great after that first inning there,” coach Weaver added. “There were no more errors, and the kids made great plays.”

Weaver also pointed out the game was the last home sports contest played under the school’s longtime mascot, the Redmen, which is being switched to the Reds effective at the end of the current school year.

“What’s amazing is these kids will be able to say they won the last game here as Cedar High Redmen, ever in their history.”

Cedar next plays Tooele, Region 11’s top seed, in the 4A quarterfinals in Spanish Fork on May 16 at 3:30 p.m. Click here to view the full bracket of the double elimination tournament, which runs from May 16-18 at the Spanish Fork Complex.

In other 4A playoff action involving Region 9 teams on Saturday:

At Bear River, the second-seeded Canyon View Falcons broke open a tight game against Stansbury by scoring seven runs in the decisive sixth inning. Canyon View had a total of 14 hits during the game, nine of which were extra-base hits, including home runs by Sidney Webster and Malia Vasi and two triples by Erin Robinson. Jordan Nielson picked up the complete-game victory at pitcher.

In their second-round game against host team Bear River, however, the Falcons mustered just five total hits as the Lady Bears rolled to a 10-2 victory. The game was tied 2-2 after two innings, but Bear River added multiple runs in three of the final four innings, capitalizing on errors in the field.

By winning at least one game Saturday, Canyon View still advances to next week’s state 4A tournament in Spanish Fork, where the Falcons will next play Ridgeline in the one-loss bracket on May 16 at 1:30 p.m.

At Uintah High in Vernal, the third-seeded Snow Canyon Lady Warriors faced No. 2 seed Bonneville in the first round. Snow Canyon led 5-2 after five innings, but exploded for 12 more runs in the top of the sixth to come away with the convincing win. Ten of the Warriors’ 18 hits were for extra bases, including a pair of home runs by Tyler Mooring. Payten Jensen earned the pitching win.

Then, in the second-round game later that afternoon, Snow Canyon played fourth-seeded Logan, who had upset host team Uintah earlier by a score of 8-6 in eight innings. With Mooring as the starting pitcher and Jensen throwing the last four innings of strong relief, Snow Canyon wore down the Grizzlies 9-3 in seven innings.

Snow Canyon next plays Bear River, Region 12’s top seed, in the quarterfinals on May 16 at 3:30 p.m. as the 4A state tournament continues in Spanish Fork.

At Tooele, the fourth-seeded Desert Hills Thunder mustered just three hits in a shutout loss to the host team in the opening round.

In the second-round game that followed, Desert Hills fell behind 3-0 in the second inning but rallied to tie the game in the fifth, thanks to a three-run homer by Addi Betts.

However, Ridgeline answered with three hits, a walk and a sacrifice fly in the sixth to tack on three more runs to account for the final margin.

Saturday’s two losses eliminated the Lady Thunder from the playoffs. 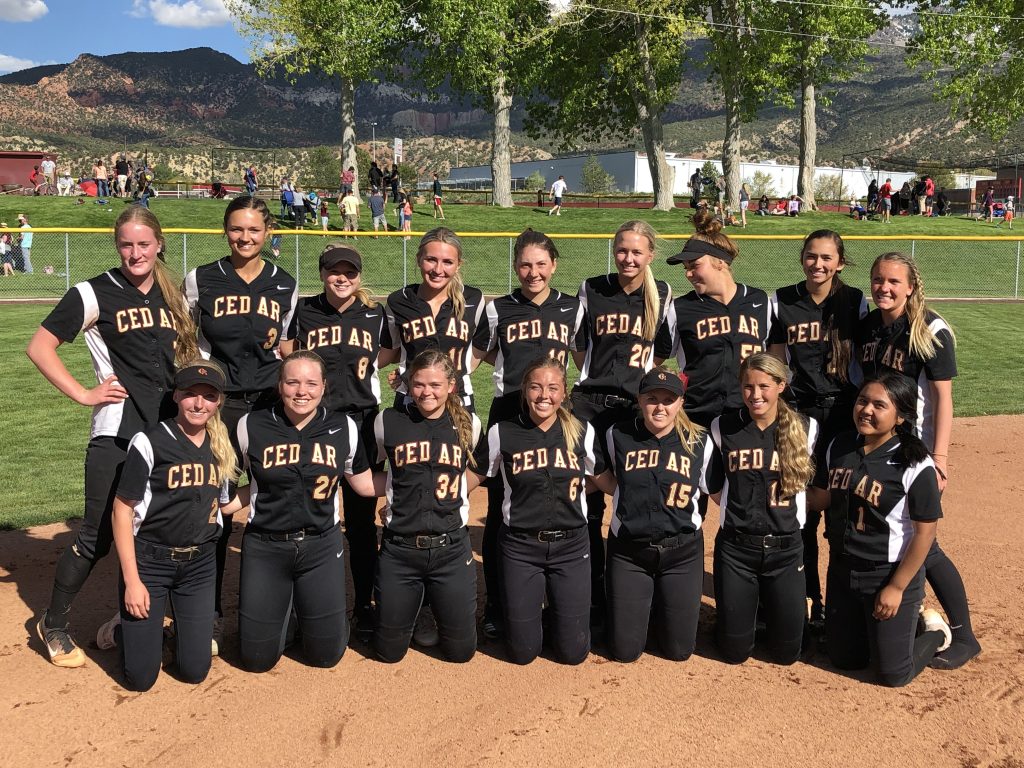 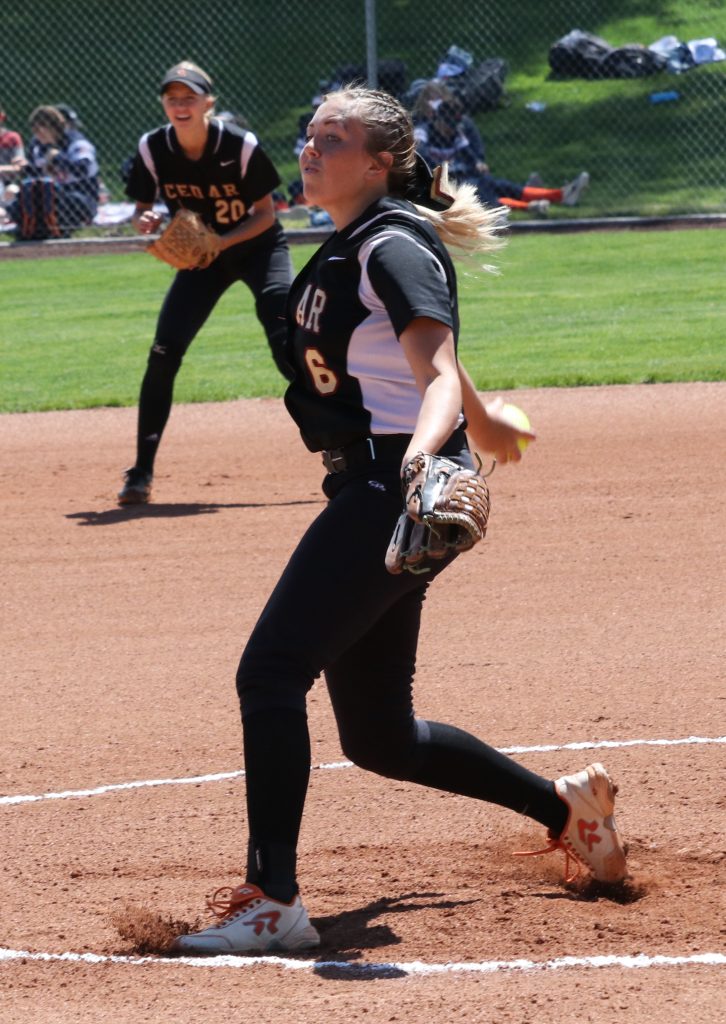 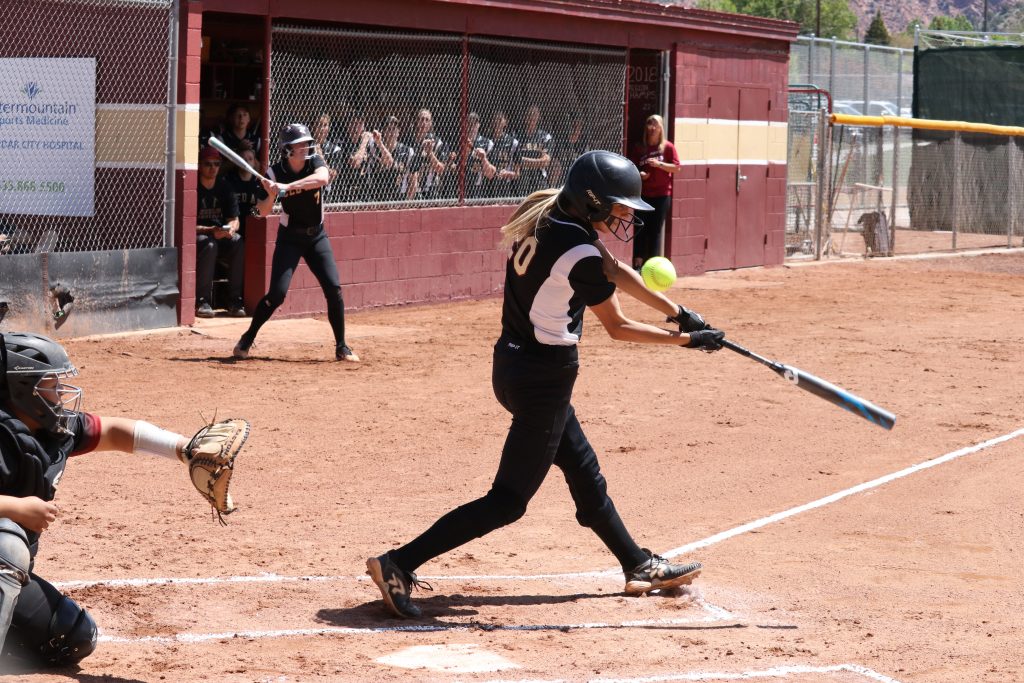 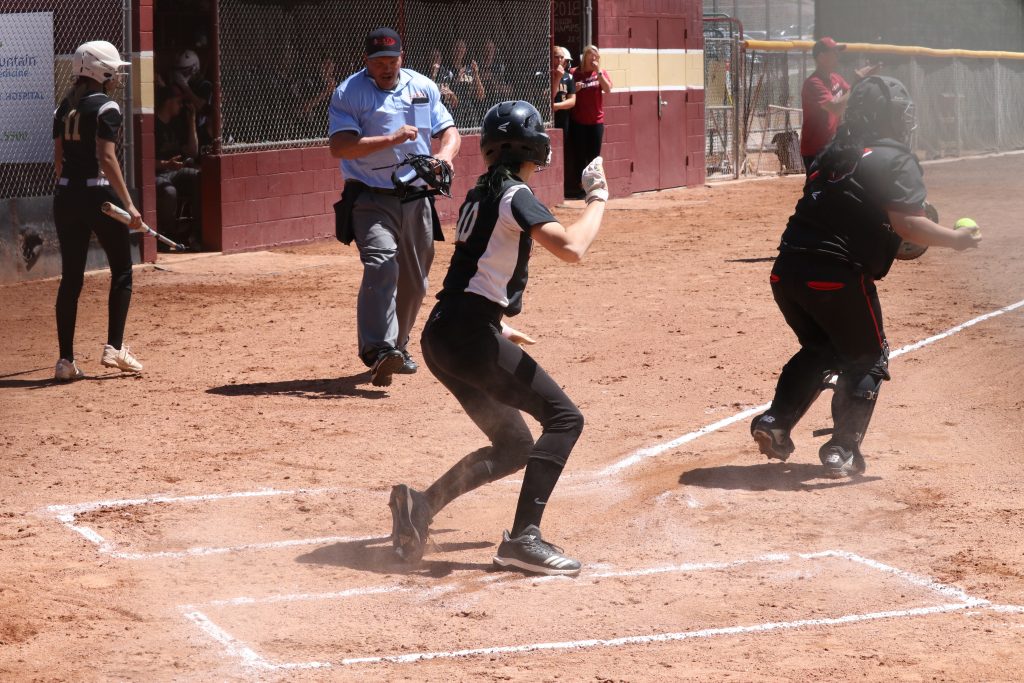 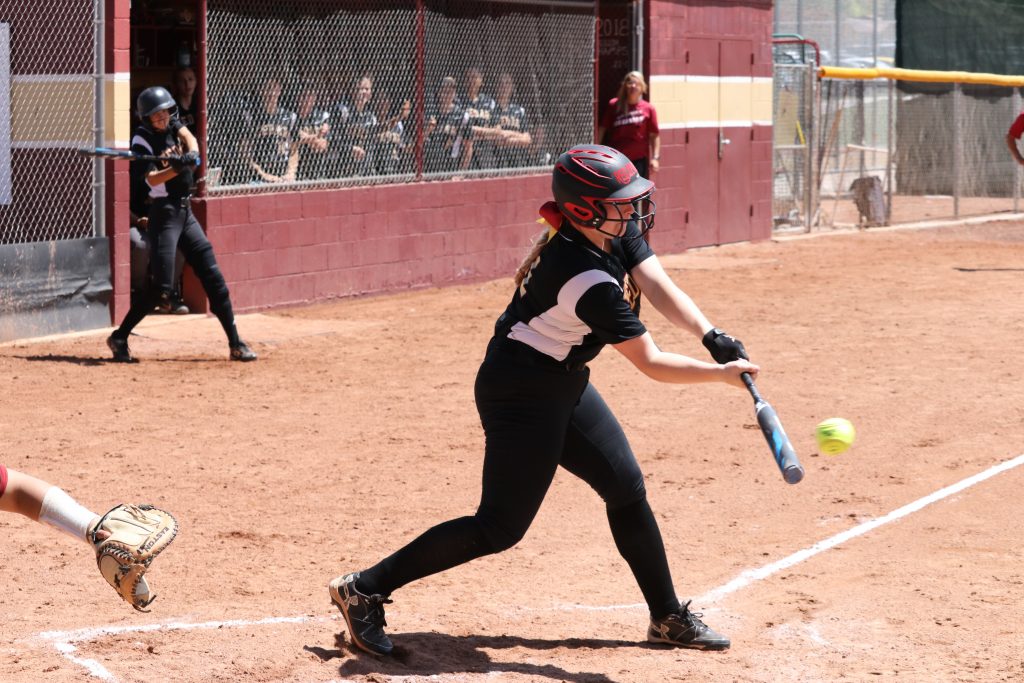 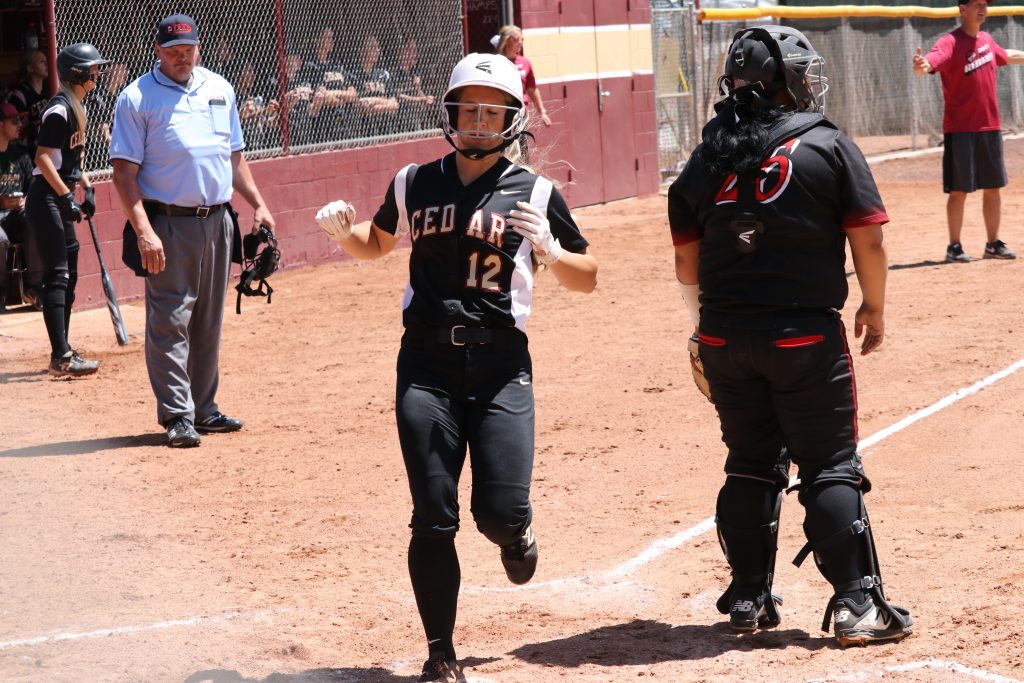 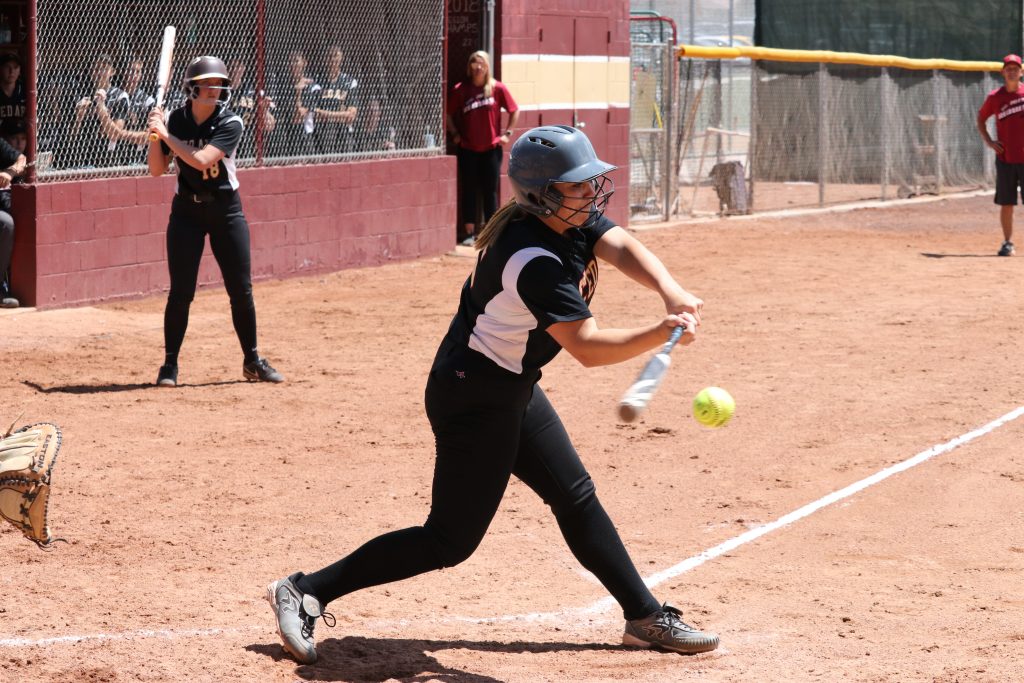 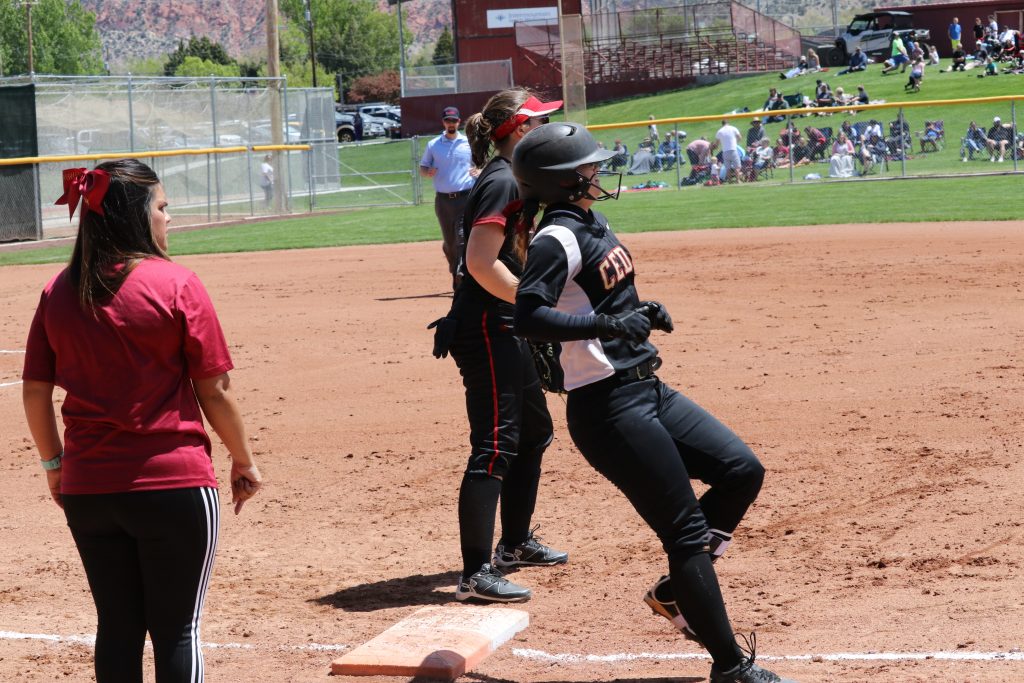 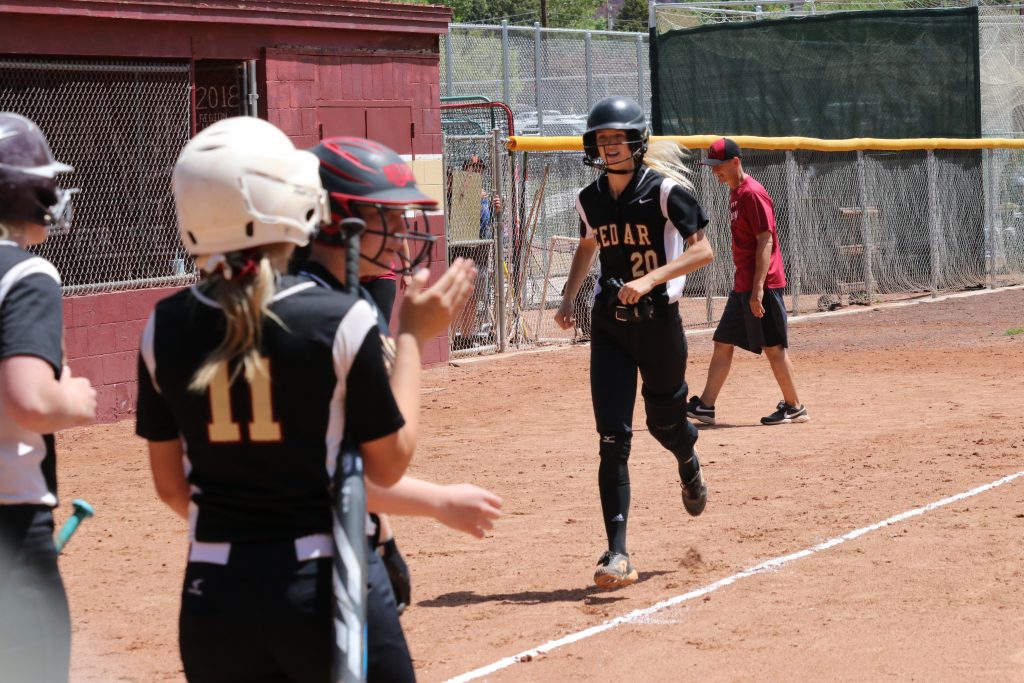 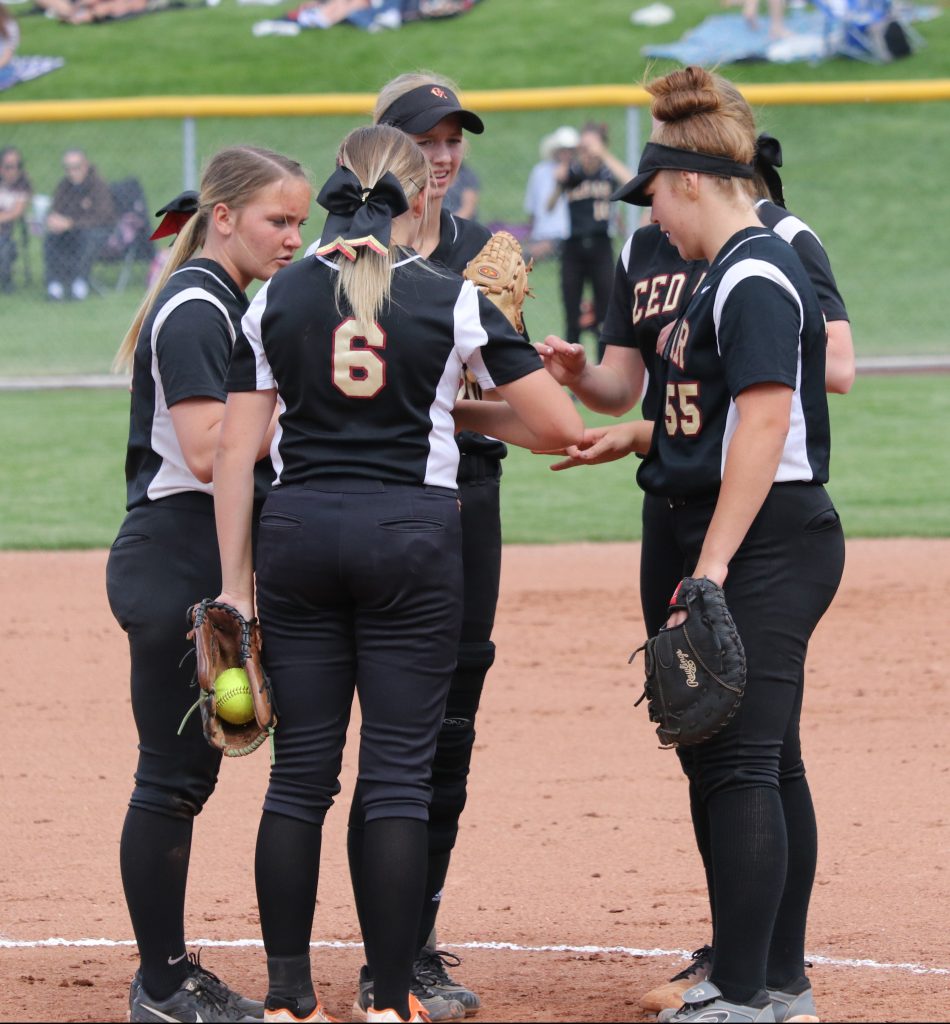 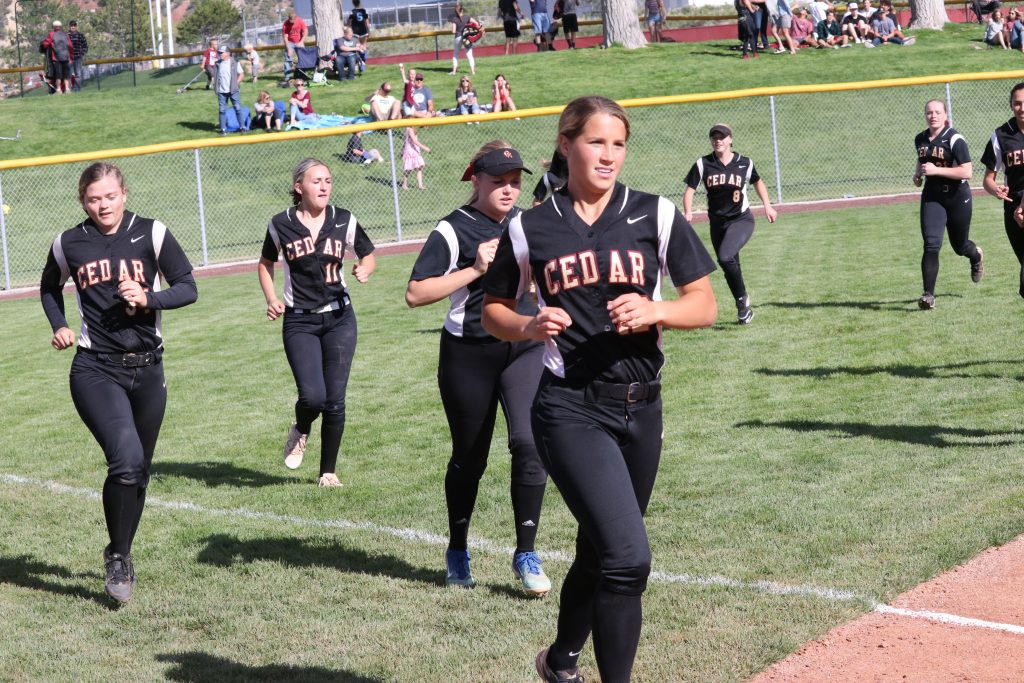