ST. GEORGE — The driver of a semitractor-trailer crashed into three cars in Hurricane Monday morning after being blinded by the sun, according to police.

The vehicles were traveling east on State Street around 7 a.m. when they began to slow for a red light at the intersection of State Street and 3700 West. The driver of the semi was unable to see the vehicles stopping in front of him because the sun was too bright, Hurricane Police officer Ken Thompson said.

The semi crashed into a silver Hyundai Elantra and two black Toyota Camrys, sending itself and the Hyundai off of the road.

Following the incident, the roads were blocked, allowing for only one lane of traffic in either direction for over an hour while responders worked to clean up the scene.

The driver of the Hyundai was transported to Dixie Regional Medical Center with non-life threatening injuries. No other injuries were reported.

“Everyone was awake and breathing when we got there,” Thompson said.

All vehicles were carrying single occupants, and the driver of the semi was issued a citation for following too close. 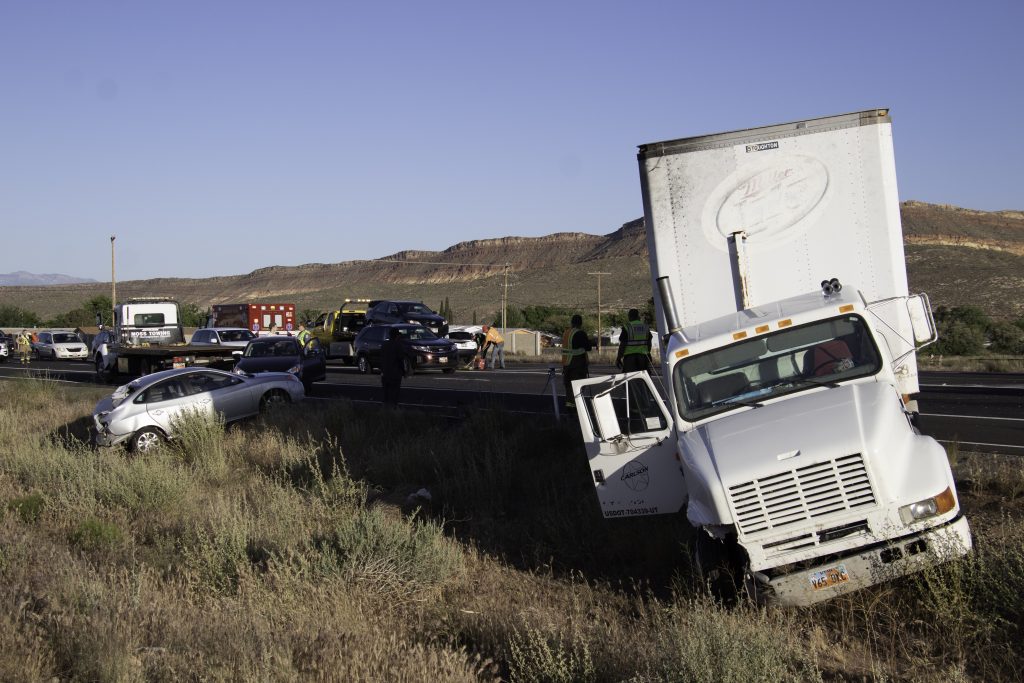 A semi involved in a crash on State Street, Hurricane, Utah, May 6, 2019 | Photo by Mikayla Shoup, St. George News 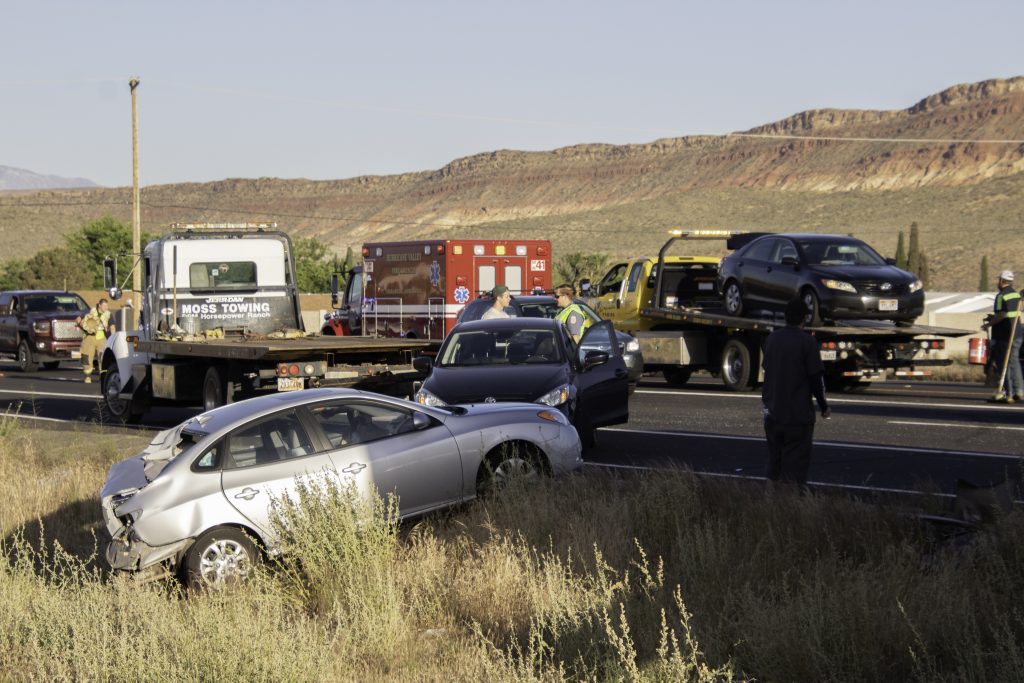 The vehicles involved in a crash on State Street, Hurricane, Utah, May 6, 2019 | Photo by Mikayla Shoup, St. George News 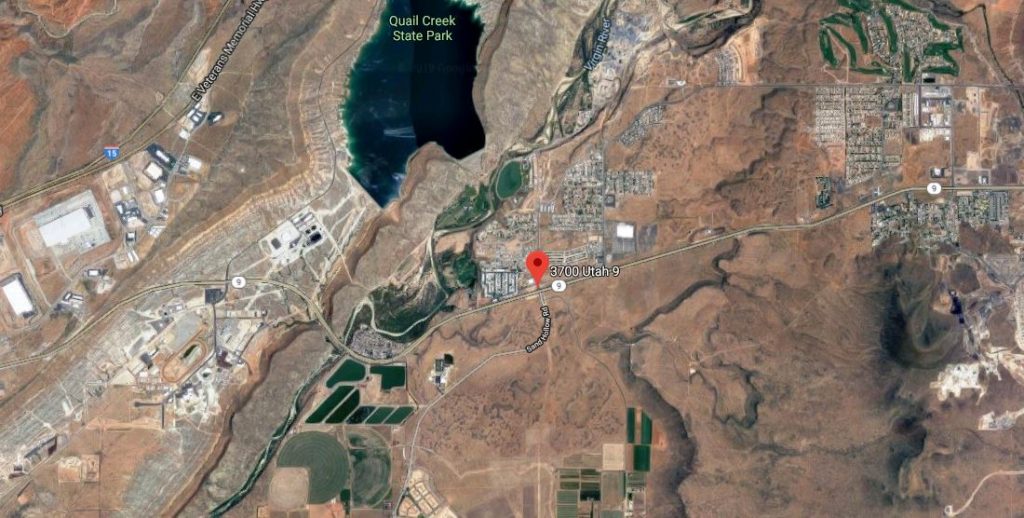 A map showing the location of a crash on State Street, Hurricane, Utah, May 6, 2019 | St. George News