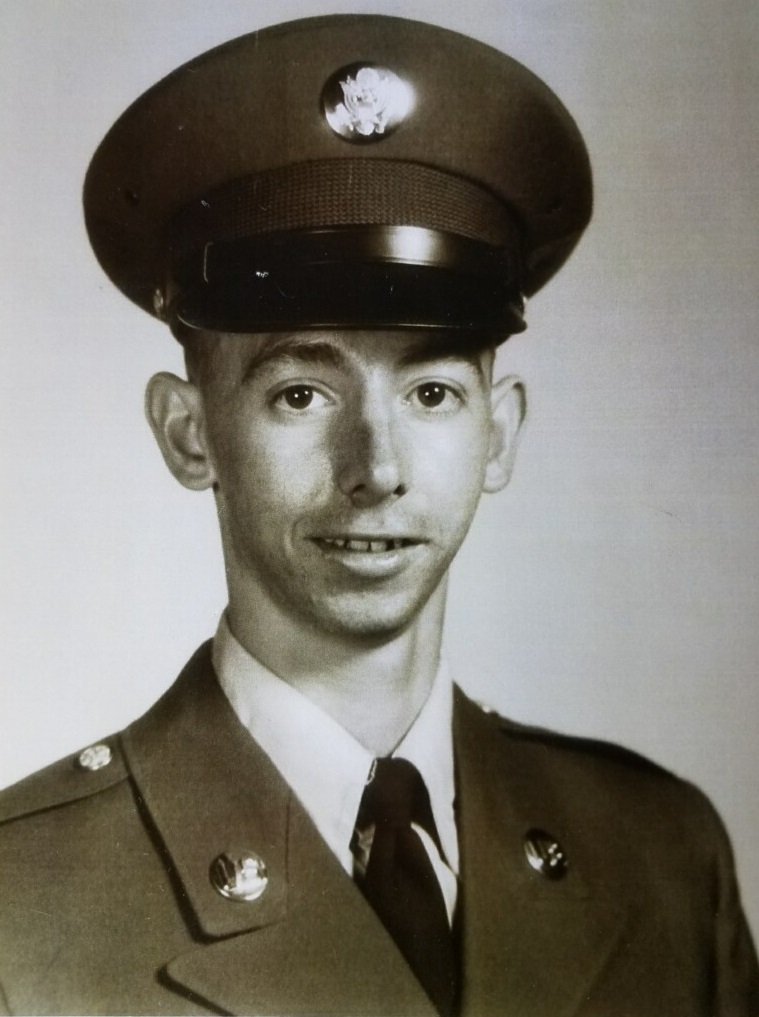 Bob endured the wicked ravages of Alzheimer’s disease with grace, dignity and enduring patience – all traits that defined his entire life.

Bob began his race in Valparaiso, Indiana, on May 23, 1944, born to Thomas Bernard and Mary Theresa Sprencel Comeford. He attended St. Paul’s Catholic School through eighth grade and then became a Valparaiso High School Viking, where he excelled as a top athlete in cross-country as well as track and field, running the hurdles, 400 meters, 800 meters (which he ran in an astonishingly quick 1:58) and high jumping 6’1”, well over his own height. Along with his twin brother, Willie Comeford, he also led his YMCA basketball team to win the Indiana State YMCA Championship – more about that later!

Still today, Bob and his brothers Willie and Chuck continue to be remembered by their high school peers for their athleticism, but also, perhaps more importantly, for their graceful sportsmanship and easy willingness to bolster each of their teammates, even those at the back of the pack.

Bob’s athletic and professional success as a track, cross-country, basketball, and wrestling coach was forever recognized by Valpo High when in 2010, he was inducted into the Valpo High School Viking Hall of Fame. Please take a moment to view that Hall of Fame designation on the celebration of life table outside.

Bob joined the United States Army in 1967 and trained as a paratrooper with the 101st Airborne “Screaming Eagles” Division. After completing jump school, he served his country in Vietnam in an infantry division where he received the Bronze Star for heroic and meritorious service in a combat zone. Bob was proud of his time in the service and wore his uniform and participated in community events with tremendous dignity each Veterans Day.

After his discharge from the army, Bob ventured to Utah to attend Southern Utah State College (now SUU) where he quickly became a walk-on member of the track team, earning a scholarship after only one year. He was also offered a position on the basketball team due to his jumping ability and uniquely Hoosier-style basketball skills, but he declined this offer in order to focus his attention on his running, which sure did pay off. His school record for the 440 hurdles remains intact at SUU and is visible in the championship case in the Centrum on the SUU campus.

In addition to being a championship student athlete, while at SUU Bob made many friends, earned a degree in mathematics and met a beautiful Cedar City woman who worked in the college cafeteria, Geraldine Sorensen, with whom he quickly fell in love and married in the St. George Temple on Feb. 25, 1972.

After graduation, Geri and Bob moved to Moab for Bob’s first teaching and coaching adventure at Grande County High School where he taught math and coached track and basketball.

He also began his adventure as a parent in Moab with the birth of his son, Robby.

He then attained his dream job that began at Dixie Junior High School (which was in the old Woodward Building on Tabernacle) and thus began a wonderful career of 31 years of teaching and coaching in St. George, Utah, at Dixie Junior High, Dixie High School, Pine View Middle School and Pine View High School (in addition to working on his beloved paint crew during the summers with friends Earl Wood, Fred Page, Russ Saxton, Dean Hanson and Paul Brooks).

He joyfully taught thousands of students everything from quadratic equations to the Pythagorean theorem and the area of a trapezoid. His success as a teacher was grounded in his sense of humor in the classroom and in his motto for all of his students and athletes: Just do your best. And it worked for both the students he taught and the students he coached. They earned top honors on and off the field.

Bob’s former students and athletes continue to contact his family members to tell stories of his incredible influence on their lives. These successes were in no small part a result of Bob’s patient and quiet mentorship, which became a hallmark of his coaching style. No matter the skill of the athlete or student, each one received the same championship training from Coach Comeford. Each athlete believed they were the best in Coach Comeford’s eyes whether they finished first or last.

This graceful coaching style earned multiple state championship trophies for Bob’s teams as well as personal honors for Bob. He was selected by coaches around the state as the Utah State Coach of the Year not once but multiple times, and he was honored by SUU as one of its most prominent graduates in the area of athletic coaching. And even in the midst of all of this, Bob still found time to run in local races and the Utah Summer Games, where his talent and hard work garnered him multiple medals.

After retiring from his many years in secondary education, Bob became an instructor in the math department at Dixie State University, and he quickly became a favorite teacher and colleague there as well. The same patience, good-humor and collegiality that defined his previous career and made him friends wherever he went followed him into higher education and made him an outstanding teacher and colleague during his years at Dixie State University.

Not only was Bob a successful teacher, coach and athlete, but even more importantly, he was an authentically kind man and devoted to a Christ-like life. He attended mass every Sunday as a child and teenager in Indiana where he learned and practiced complete acceptance and tolerance of others and their many differences, and then as an active Latter-day Saint, serving in a variety of callings and leadership opportunities in both ward and stake organizations.

He loved people and would often be heard to say, “I like everybody and get along with everybody.” And he did. His service to and love for his fellow life runners is a lasting testament to his good nature, which never left him, even in the face of the ravaging neurological disorder that came into his life.

In May 2018, Bob moved to the Southern Utah Veterans Home, accompanied every day from early morning until late at night by Geri, where his quiet and happy personality charmed the staff and residents there as well, and he quickly made friends with everyone he met. Despite the difficulty of the disease, Bob’s gentleness and optimism still shined through until the very last steps across the finish line of his life.

Truly, Bob’s advice to his children at every turn, “Patience is a virtue,” was something he lived and continued to live every day. Little wonder that the Pine View High School cross-country team under Coach Comeford’s tutelage chose as their motto the stirring words from 2nd Timothy, which Bob has exemplified through to the end of his race: “I have fought a good fight, I have finished my course, I have kept the faith.”

The family would like to thank the staff and medical professionals at Southern Utah Veterans Home, particularly those who worked in the 100-hallway community for their loving, compassionate and dignified care of our husband and dad.