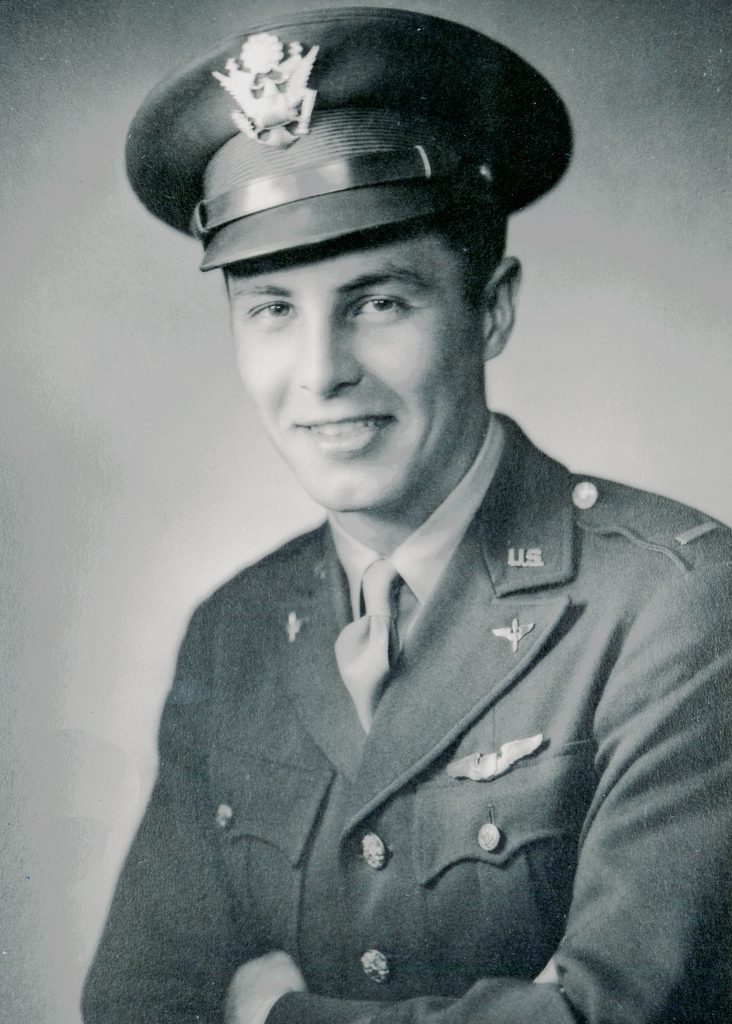 Richard “Dick” H. Fleischer, 99, passed away peacefully at home April 14, 2019, to be with Helen, his beloved wife of 69 years. He was born Sept. 6, 1919, in Lorain, Ohio, to Henry and Rachel Wolfe Fleischer. He graduated from Quincy High School in Massachusetts. He married Helen Fredrickson, his high school sweetheart, on Oct. 16, 1941, in Quincy. He attended Bentley College in Boston.

He enlisted in the Army Air Corps before the Pearl Harbor attack. He served in the Pacific as a P-47 fighter pilot where he flew 200 missions and became an ace with six confirmed victories.

After the war, he went to work for a large insurance company in Boston. Shortly thereafter, he and Helen moved to Altadena, California. Dick and two partners started an insurance brokerage firm in Pasadena. Eventually, he bought out his two partners and ran a very successful business for the rest of his working career.

After retirement, he and Helen moved to Rockville, Utah, by the Virgin River, where he spent years making substantial improvements and expansions to the property and buildings. In later years, Dick and Helen moved to a townhouse in a senior development in St. George, Utah.

He was an accomplished saxophone and clarinet player and formed a semi-professional band while in high school that continued to perform into his college years. He was an avid and excellent golfer. He also enjoyed the social functions held at the St. George Air Museum to honor veterans.

Wherever Dick and Helen lived, they made many dear lifelong friends.