ST. GEORGE — St. George received a creative new look over the weekend as 37 new sculptures were installed around the city — the largest installation the annual Art Around the Corner has ever accomplished.

Artists and art enthusiasts celebrated Art Around the Corner’s 15th year in existence Friday night during its annual gala. The organization also celebrated many firsts, such as receiving sculptures from nine new artists, sending 300 requests for submissions around the country and having its first silent auction of “maquettes,” miniature models of the sculptures created by participating artists.

“You might ask, ‘Why do we work so hard and work so eagerly to have an outdoor sculpture gallery?'” Art Around the Corner Chair Susan Jarvis said. “I believe that living day in and day out with public art around us creates a climate of creativity, joy and inspiration.”

For the first time ever, the sculpture gallery isn’t just outdoors. Three smaller-sized sculptures were installed inside the St. George City Hall building. Those pieces include “Towne Ball 1890” by Scott Rogers, “Three Graces” by Ben Hammond and “An Angel Anchored in Art Nouveau” also by Ben Hammond.

If you’re wondering what replaced the “Giant Spider” in the roundabout on Main Street, it’s a 6-foot piece by artist Richard Pankratz — a new artist to this year’s gallery. “Happy Dance” features two sculpted women in dresses, and Pankratz said the piece is a celebration of the “happy dances” friends give each other throughout life.

“In this piece, I was thinking about what happens in a friendship between people that cannot be separated in life,” Pankratz described to the gala audience. “I call these times when relationships are everything happy dances.”

Artists who’ve participated in past years’ galleries also returned this year, such as Deveren Farley and Matt Clark. Farley was the sculptor of the “Giant Spider” last year and brought something almost as large this year: a giant snake, otherwise known as “Power.” The piece, sculpted out of metal and license plates, is currently located near the the splash pad but will eventually be moved to the Snake Hollow St. George Bike Park.

Pike and his wife Kristy Pike received the 2019 Partners in the Arts award.

“One of the reasons that we love the arts so much in our house is that it helps us get through the hardest parts of our days,” Kristy Pike said.

Besides a giant snake and a piece representing friendship, other sculptures can be enjoyed throughout downtown, such as “Hands Across Time” by Warren Price, which represents what he overcame and experienced while serving in Iraq, and “A Window in Time” by Richard Prazen, which represents just how fleeting time is.

To learn about other sculptures in this year’s collection, you can view the exhibit map on Art Around the Corner’s website. 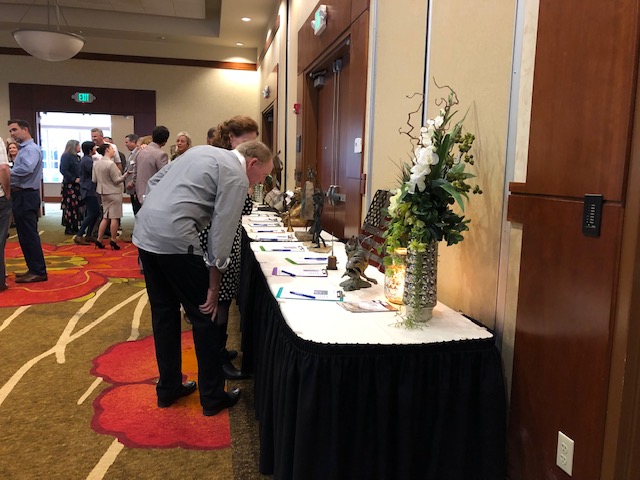 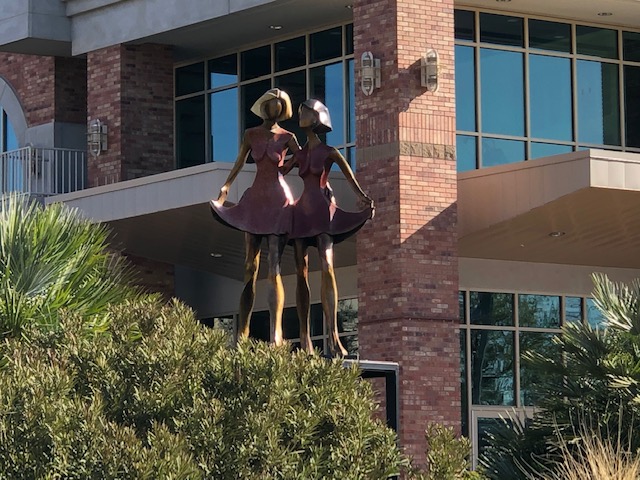 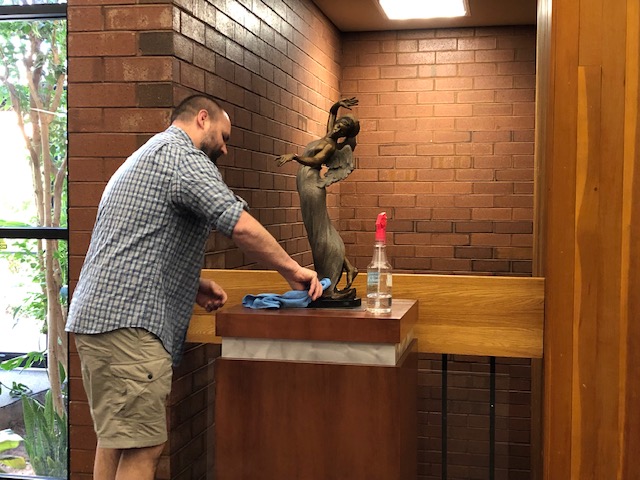 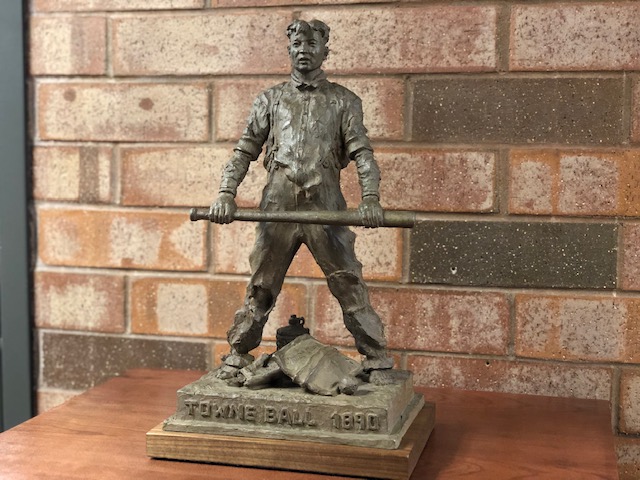 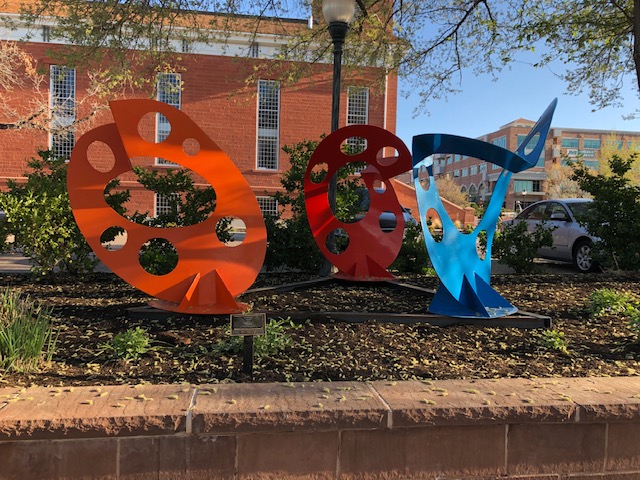 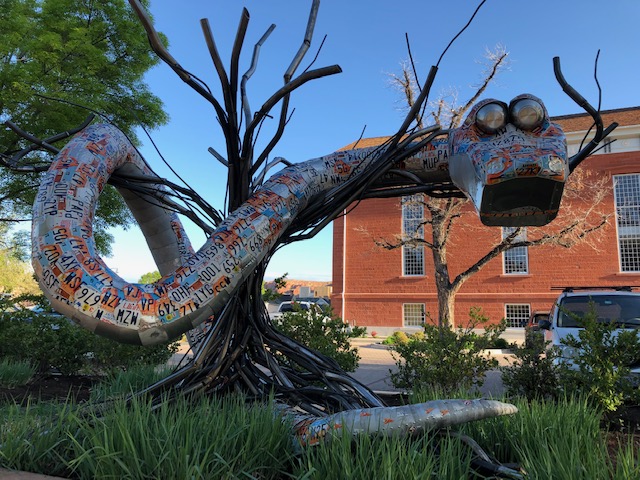 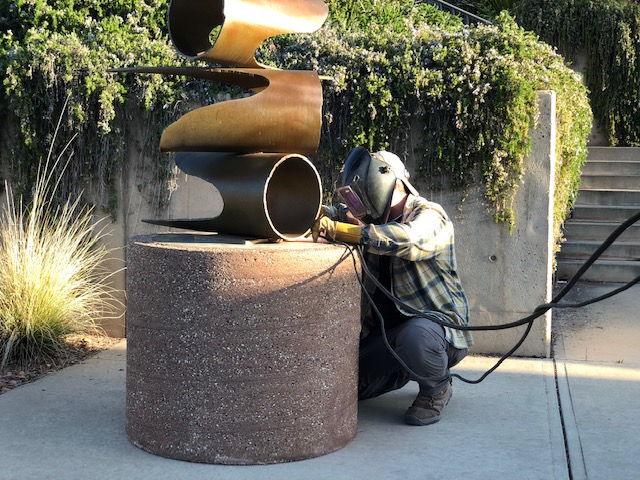 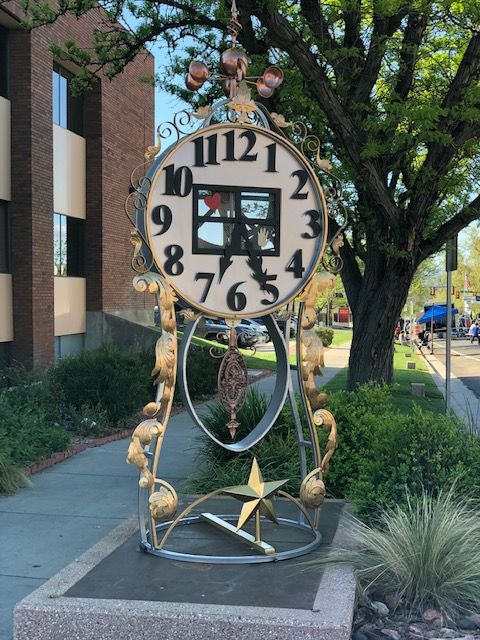 'Art on Main' gallery stroll returns to St. George in conjunction with Streetfest