Initial reports indicated a child restrained in the back seat may have been injured in the crash, Christian said, but when checked by paramedics at the scene she was uninjured and no occupants were transported to the hospital.

The Pontiac heading north on River Road was stopped at the traffic light at Medical Center Drive when the pickup truck, unable to stop in time, struck the rear bumper of the Pontiac.

The impact pushed the passenger vehicle forward until it came to rest in the middle of the intersection partially blocking both southbound lanes.

After emergency vehicles arrived, both lanes remained blocked for several minutes until a single travel lane was reopened for traffic, causing a backup of northbound traffic that extended south beyond Riverside Drive.

Southbound traffic also slowed near the crash scene and was moderately affected.

The Pontiac sustained extensive rear-end damage and was towed from the scene while the pickup truck remained operational.

All occupants were properly restrained at the time of the crash.

The driver of the Ford was cited for following too close. 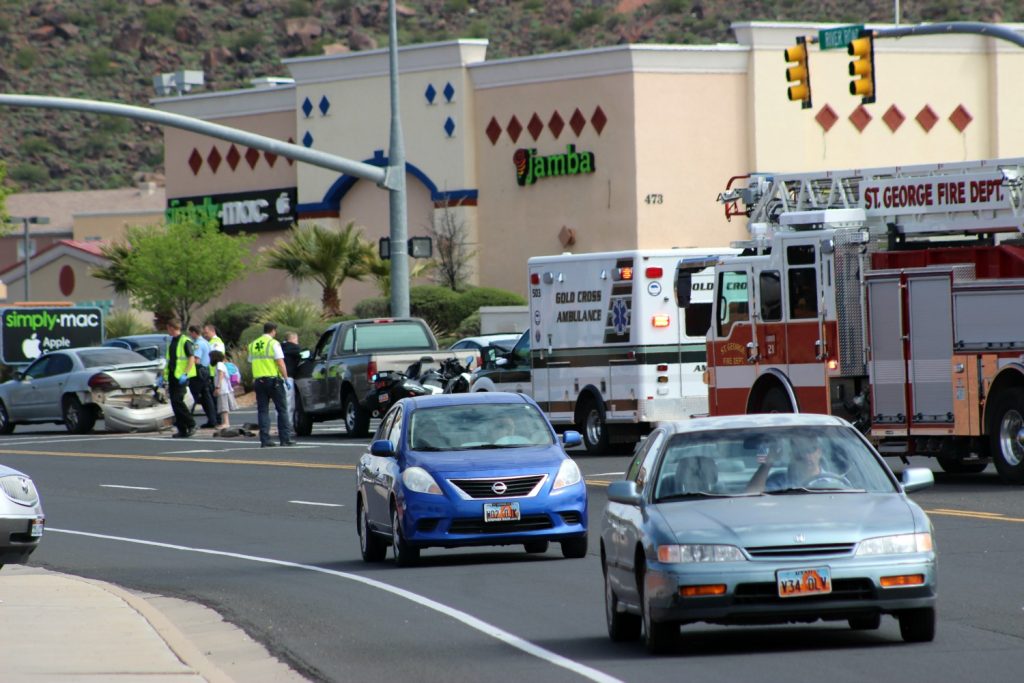 Paramedics speak with small girl who was in a car involved in a two-vehicle crash on River Road and Medical Center Drive, St. George, Utah, April 5, 2019 | Photo by Cody Blowers, St. George News 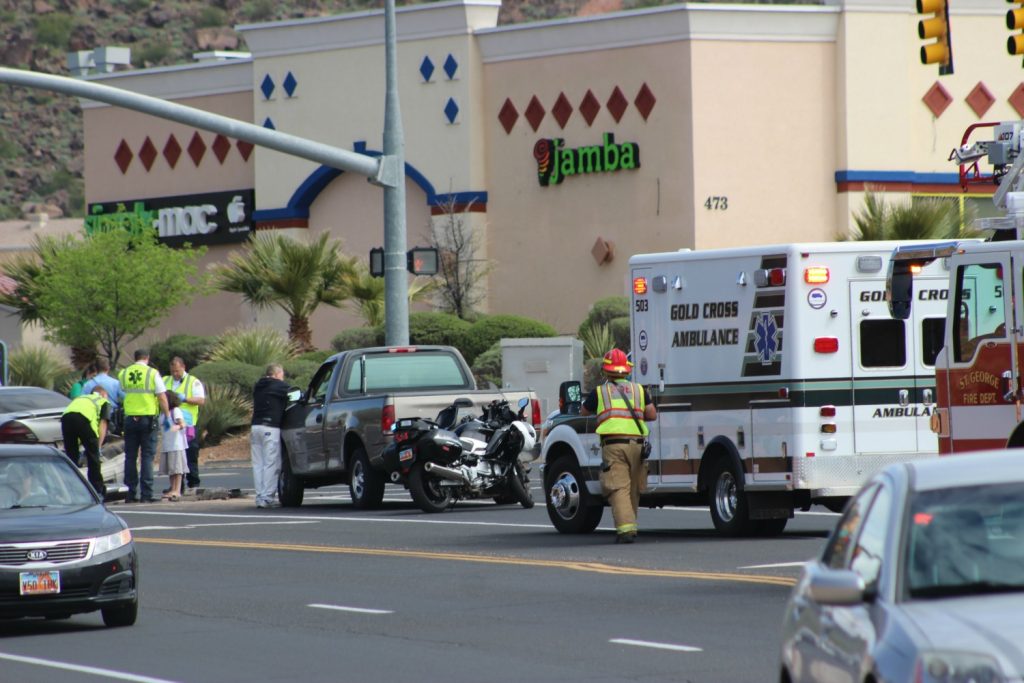 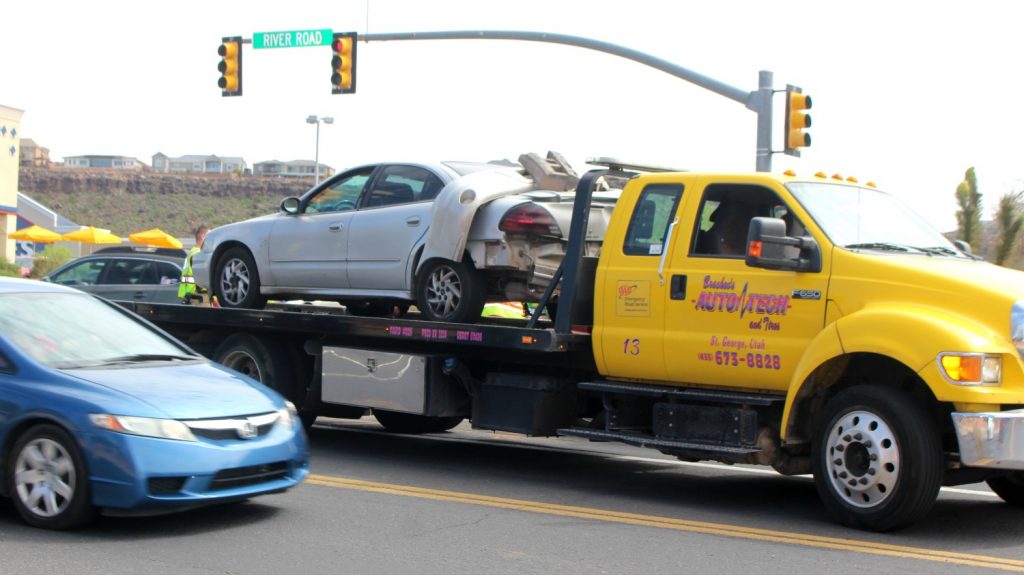