ST. GEORGE — A rollover on southbound Interstate 15 Thursday brought an extensive response as emergency vehicles arrived to find a couple’s SUV on its side in the middle of an on-ramp.

At about 3:30 p.m. emergency personnel were dispatched to the rollover near Exit 8 involving a red Buick SUV and a semitractor-trailer, with initial reports indicating possible injuries and entrapment, Utah Highway Patrol Trooper Chris Lewis said.

Responders found the SUV lying on the passenger side and the vehicle’s two occupants waiting near the shoulder of the interstate after several Utah Department of Transportation workers witnessed the accident and ran to help the couple climb out of the SUV.

See video with narration from Lewis at the top of this report.

Both were checked by paramedics at the scene and declined transport to the hospital at first, but about 30 minutes later the ambulance was called back to the scene when the driver collapsed near the emergency lane.

Paramedics again checked the 83-year-old driver who was still being treated in the ambulance for possible shock from the crash, Lewis said.

The Buick was heading south on I-15 in the outside lane and drifted to the right where it clipped the front bumper of the semitractor-trailer entering the interstate from Exit 8 heading south.

The impact pushed the Buick forward and spun it around before it continued forward, rolled up the concrete barrier and flipped onto its side.

The driver told St. George News that she and her husband were visiting the area from Salt Lake. She said her husband, who have been married for 65 years, gave her the Buick for Valentines Day last year.

She went on to say they both made it out of the crash relatively unscathed, which is “the most important thing because we can replace the car, but not each other.”

She said it was her first crash.

Southbound traffic was impacted as both travel lanes were blocked for more than 20 minutes before a single lane was reopened for travel, while northbound traffic also slowed to a crawl as drivers passed by the crash scene.

The Buick sustained extensive damage and was towed from the scene. The driver was cited for failure to maintain lane. 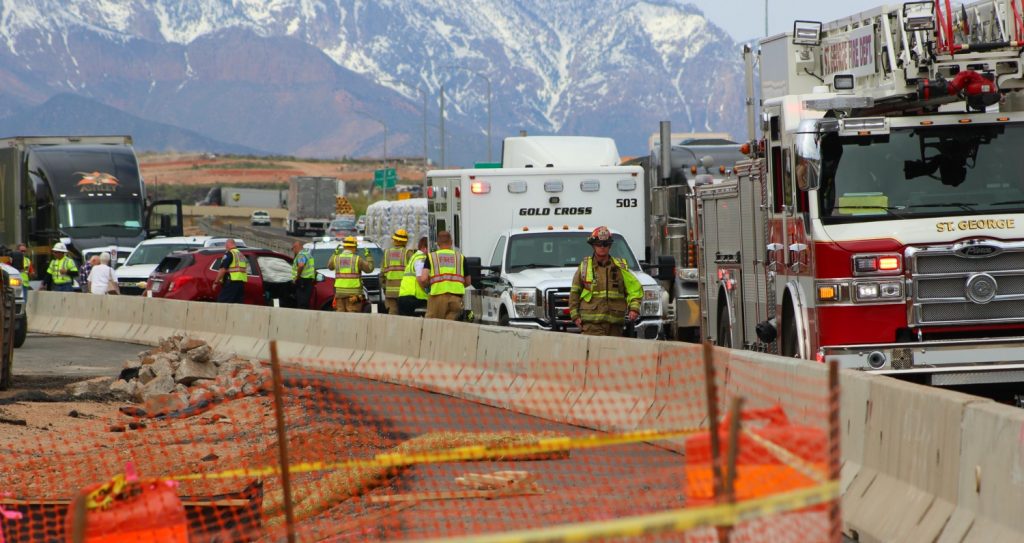 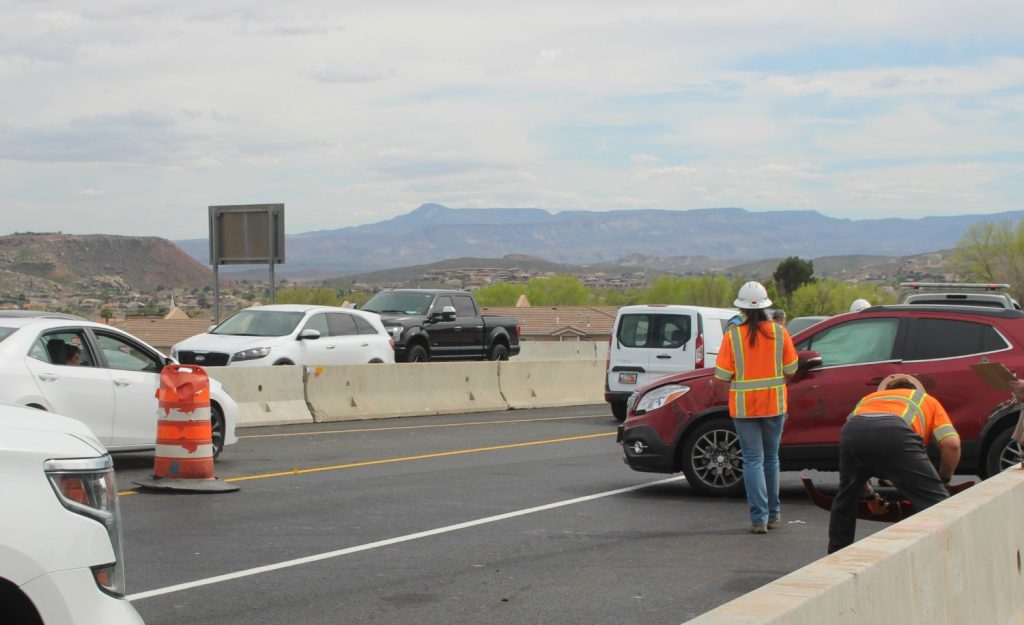 UDOT workers helped a couple exit their vehicle that rolled onto its side on southbound I-15, St. George, Utah, April 4, 2019 | Photo by Cody Blowers, St. George News 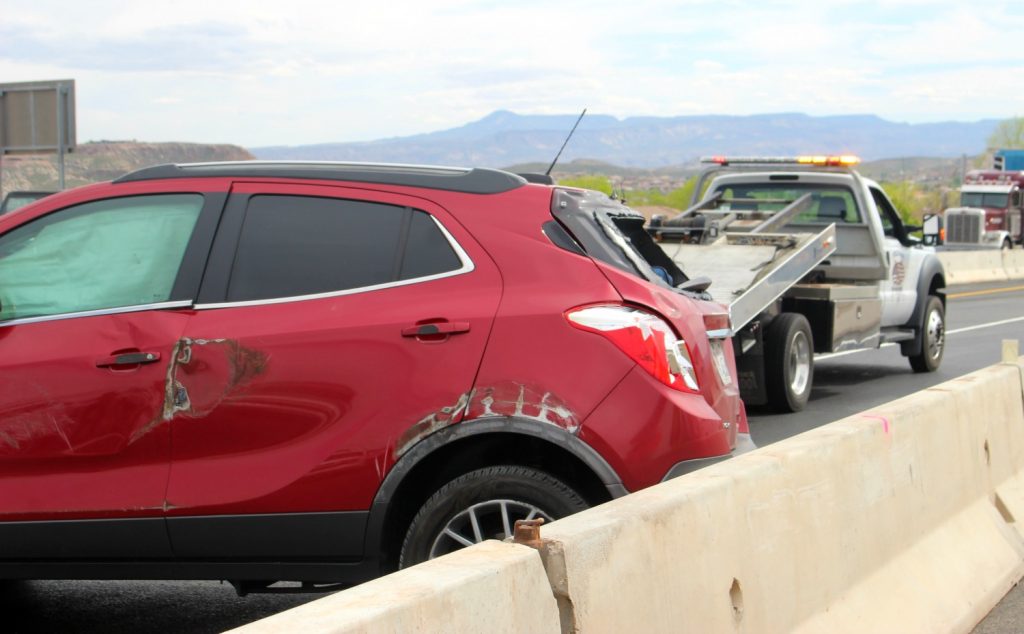 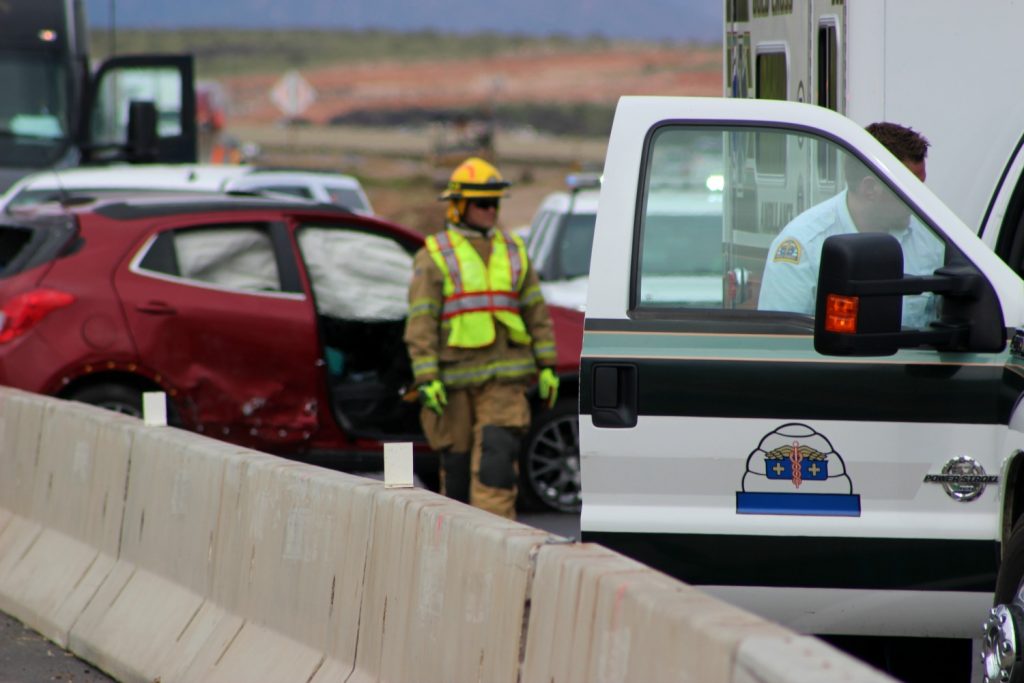 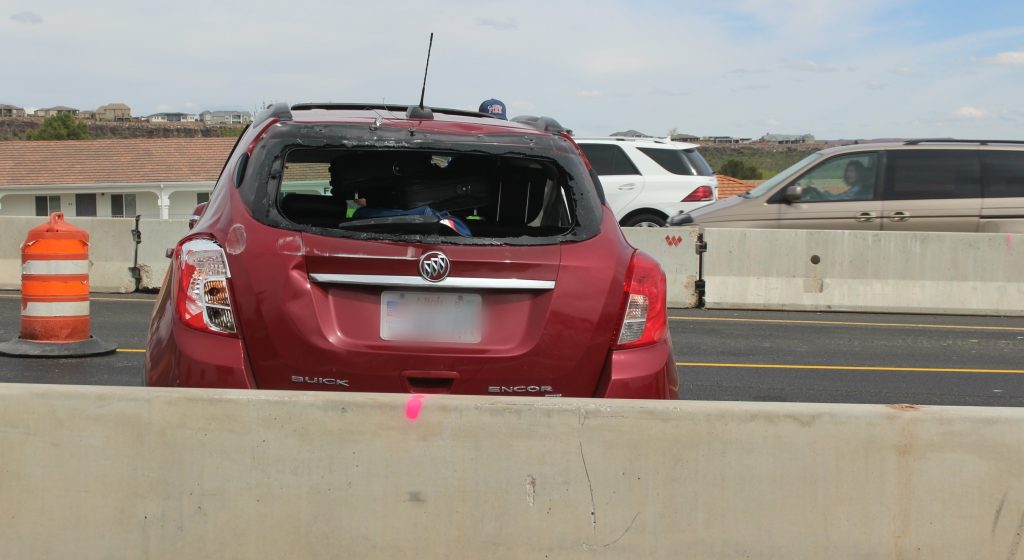 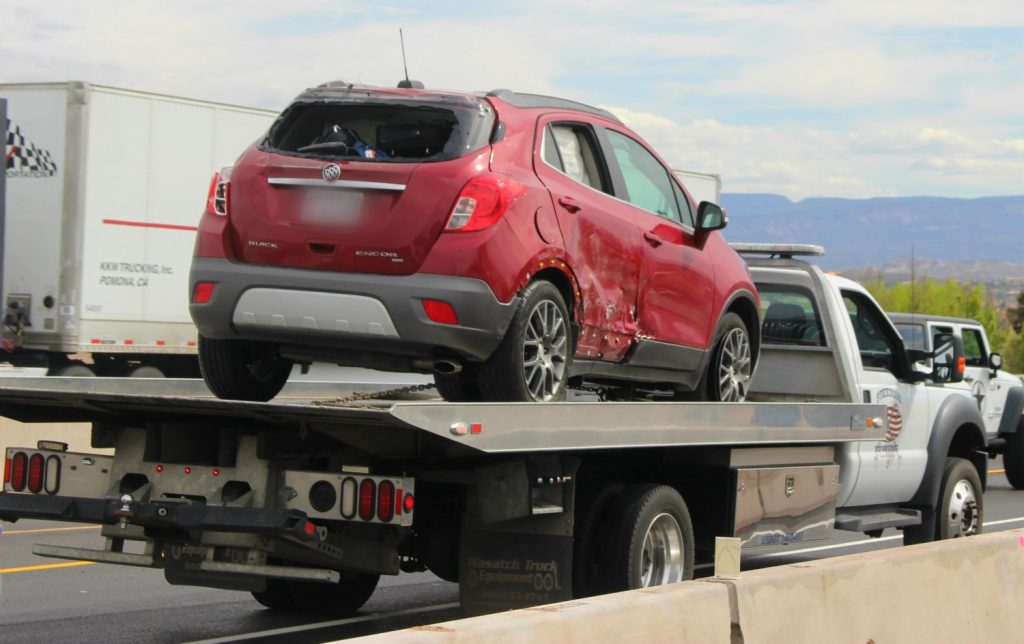 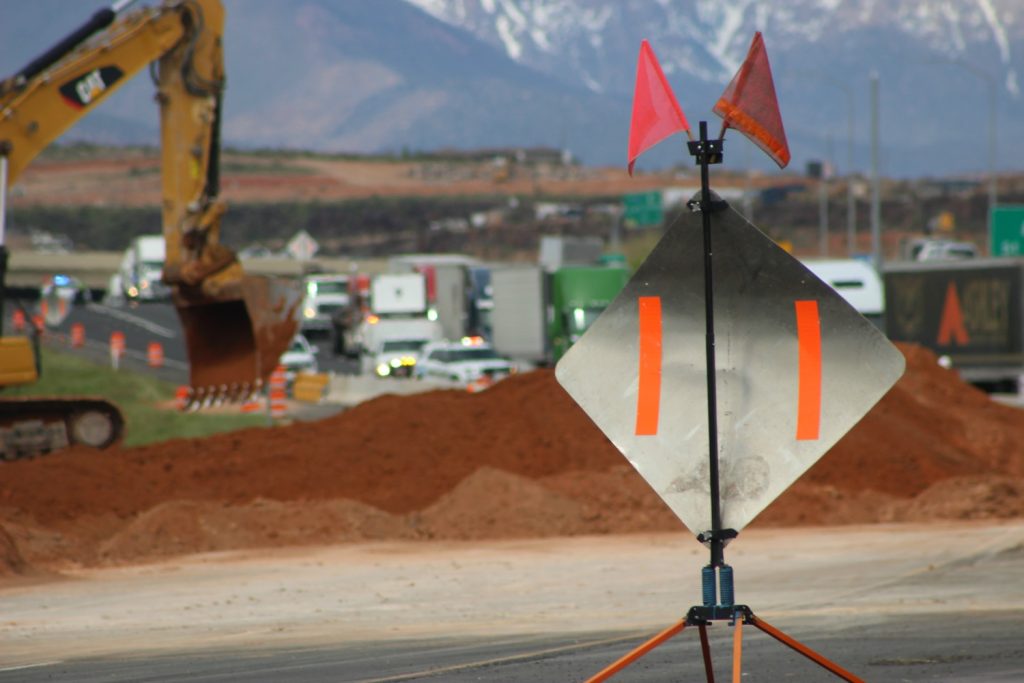 View of rollover on southbound I-15 from the north with extensive backup behind the crash, St. George, Utah, April 4, 2019 | Photo by Cody Blowers, St. George News

St. George Police warns of intermittent 911 service for Verizon customers due to storm