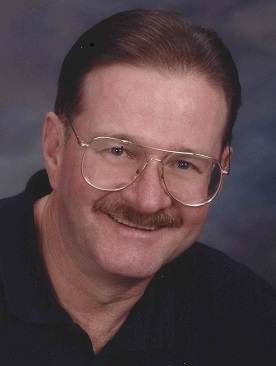 After a three year courageous battle with esophageal cancer, Robert Kent Hunt, 68, went to his heavenly home on Feb. 17, 2019, to be reunited with his son, brother, parents and grandparents. Robert was born July 21, 1950, in Cedar City, Utah, to LeGrand A and Anna Carol Bracken Hunt. He married Cheryl Luezon Truman on June 4, 1971, in the St. George LDS Temple and they finished growing up together.

Robert grew up in Enterprise, Utah, and Edgemont in Provo, Utah. Robert attended Brigham Young University and graduated from Southern Utah University in 1978.

Robert was drafted during the Vietnam War and served as a military policeman in Korea and Oklahoma before his honorable discharge.

He attended the University of Washington Dental School and graduated in 1982. Robert had a brilliant mind and was able to test out of his first year of dental school classes except the two that had no test-out option. He was the only one in his entire class that was able to test out. After graduation in 1982, Robert established a dental practice in Vernal, Utah. He practiced there until his retirement in April 2015. He enjoyed practicing dentistry and especially enjoyed visiting with his patients.

Robert enjoyed baseball and softball from an early age. He began pitching in Little League and played until he could no longer play after a stroke in his early 30s. He also coached softball as well as his son’s basketball teams.

Robert was a very hard worker who always had to be busy with a project. Besides his dental practice, he raised hay and cattle in Vernal, Utah. He loved animals and had a special way with them. He was always teased that his cows were his pets because they would follow him around like dogs and want their ears scratched.

Robert loved his savior and was a member of The Church of Jesus Christ of Latter-day Saints. He served in many callings including elders quorum presidency, high council, Sunday school teacher, primary teacher, scout leader and ward member location committee.

Robert is survived by his wife Cheryl Truman Hunt; son and daughter-in-law Robert Dallas and Jadie Kelsey Hunt; foster daughter Kristen Breitenbuecher; and grandchildren Truman and Lorelei Hunt, and Hayden Hansen. He is also survived by his close friends Reed and Nidy Rasmussen.

Robert’s family would like to thank Dr. Larry Cain, Dr. Spencer Ashton, Dr. Zachary Reese and all of the staff at the IHC Cancer Center in St. George, Utah, for their care and concern throughout Robert’s battle with cancer. They would also like to thank the IHC Hospice nurses for their compassionate care of Robert during the last few days of his life.