ST. GEORGE — Residents in Fillmore were awakened by shaking during the strongest earthquake in a series of four above a 3.0 that have struck the region since Friday.

The quake was reported 18 miles southwest of Fillmore which initially measured magnitude 4.0 was updated to 4.4 seven hours later by the University of Utah’s Seismograph Station.

More than 50 people reportedly felt the shaker that struck at 12:05 a.m. The quake was one in a series reported in the area over the last 24 hours.

“There were between 10 to 20 smaller earthquakes that occurred before and immediately after the 4.4 as well,” seismologist Paul Roberson told St. George News Wednesday.

On Saturday, an earthquake of magnitude of 3.3 struck the same area shortly after 3 p.m.

On Friday, about 100 miles to the south, an earthquake measuring 3.7 struck Bluffdale at 5:09 a.m. that was reportedly felt by more than 8,750 people, according to United States Geological Survey, many of whom reported the activity on social media.

Minutes beforehand there was a smaller quake that measured 3.2 that seismologists refer to as a “foreshock.”

Wednesday’s earthquake is the first measuring 4.0 or higher in Utah since 2016, when two were reported.

Roberson said there is a 5 percent chance of having a significantly larger earthquake with so many smaller ones occurring before and after the 4.4 quake, so “the risk is actually very low.”

He added that there is “certainly the potential for having a larger earthquake in Utah, particularly along the Wasatch Front.”

It would likely take a 5.0 quake or higher to do any significant damage depending on population and the age of the buildings near the epicenter.

“It all depends on where the earthquake occurs versus the buildings and population that exist near the epicenter.”

Having multiple earthquakes within a short period of time in a general area is not unusual, said Julie Dutton, a geophysicist at the USGS National Earthquake Information Center in Denver, Colorado, which monitors all significant earthquakes worldwide.

“There are times when the energy is released with earthquake, while other times one will put pressure on other areas that can trigger a series of smaller quakes,” she added.

More than 15 earthquakes greater than magnitude 5.5 have taken place in Utah since the pioneers settled in 1847, and geologic studies of faults within the state indicate a long history of large earthquakes with a magnitude of 6.5 and greater prior to that settlement, according to a 2008 handbook, “Putting Down Roots in Earthquake Country,” released by the Utah Seismic Safety Commission in 2008.

While  Utah is not a boundary between major tectonic plates where major earthquakes occur, they are indirectly caused by interactions with the Pacific plate along the west coast of the United States, while other smaller earthquakes in the east-central part of the state are induced by underground coal mining.

Large, damaging earthquakes in Utah are most likely to occur in a belt that extends north-south through the center of the state, essentially following Interstate 15 where there are many active faults capable of producing stronger earthquakes.

There is more than a 50 percent chance that a magnitude 6.0 or greater earthquake will occur in the Wasatch Front region in the next 50 years, according to a report released in November 2017.

For more information go to the University of Utah Seismograph Stations. 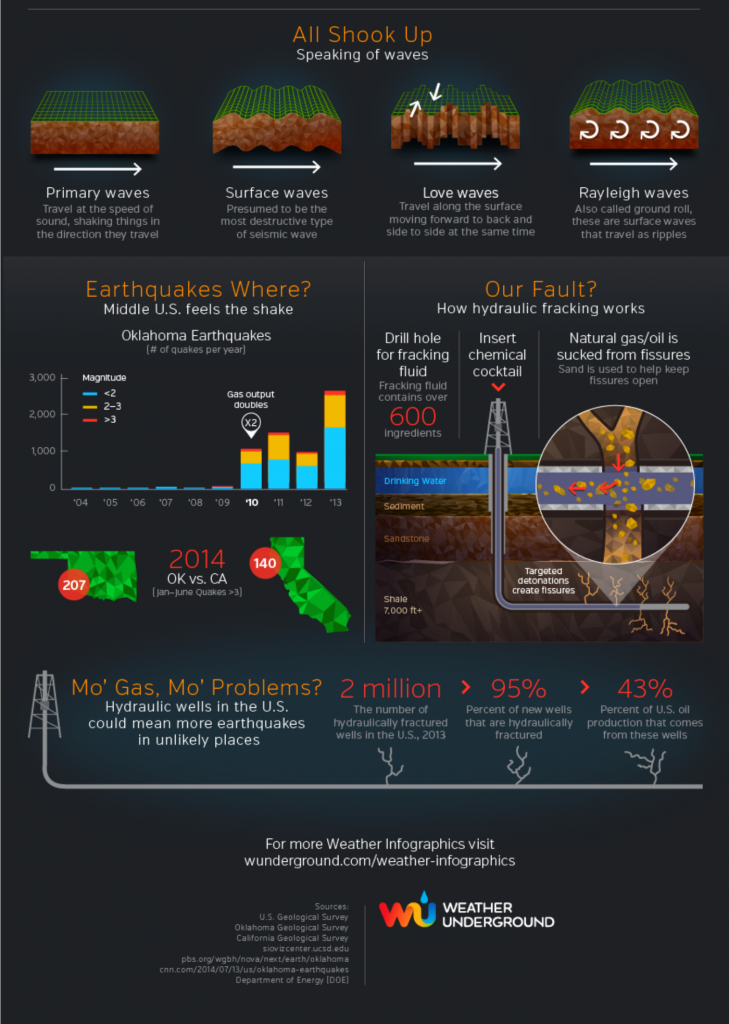 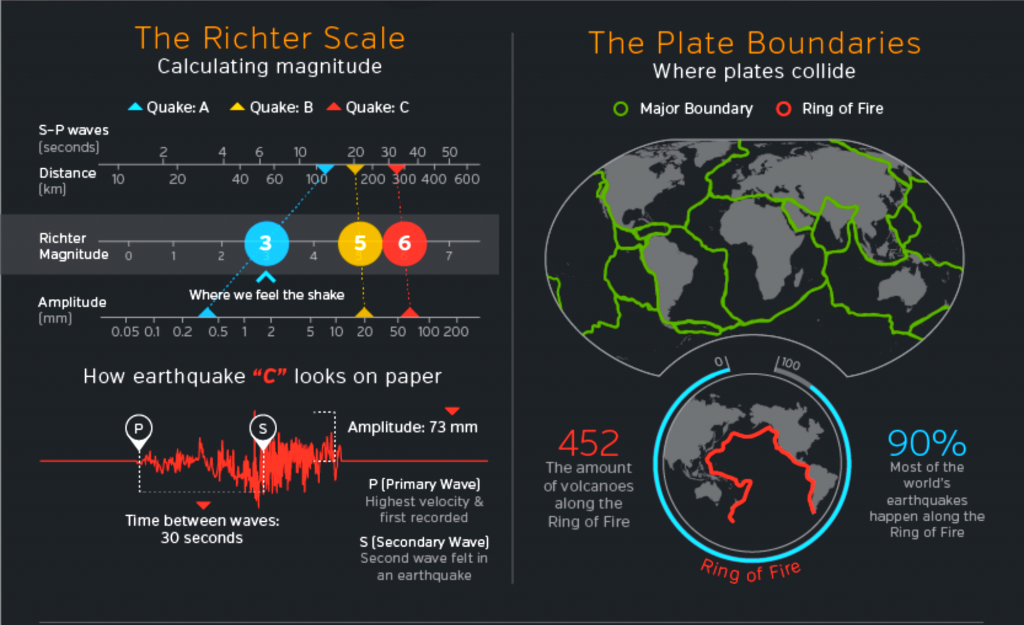 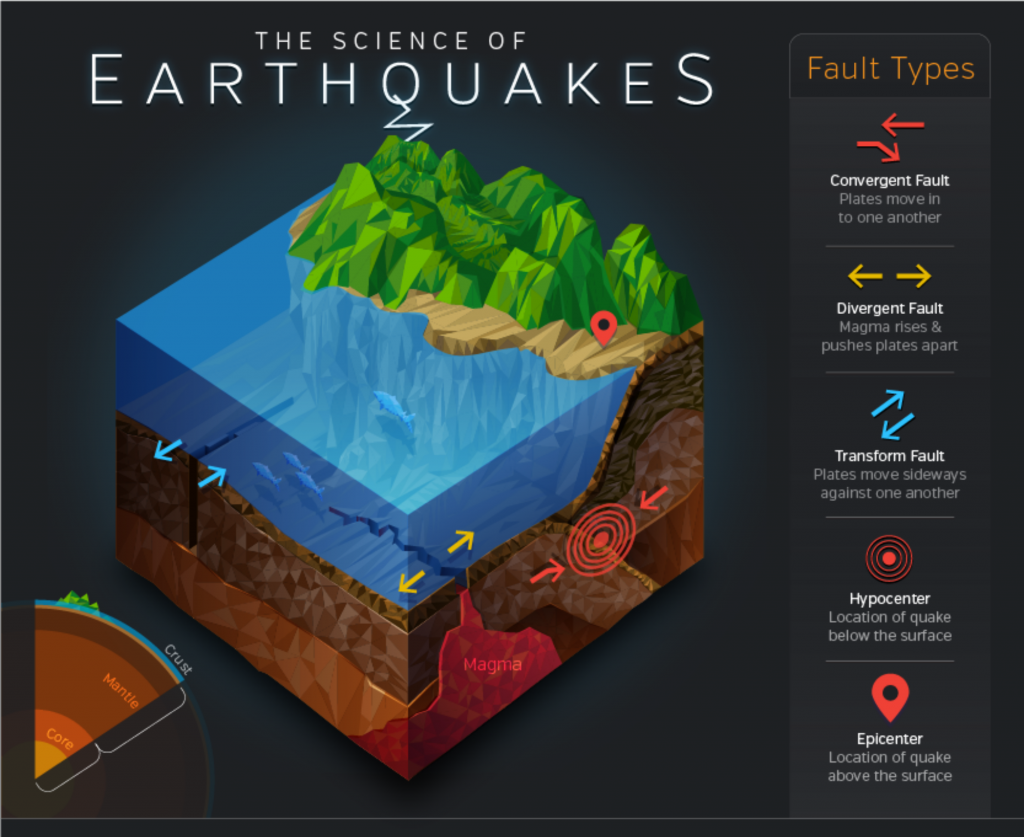 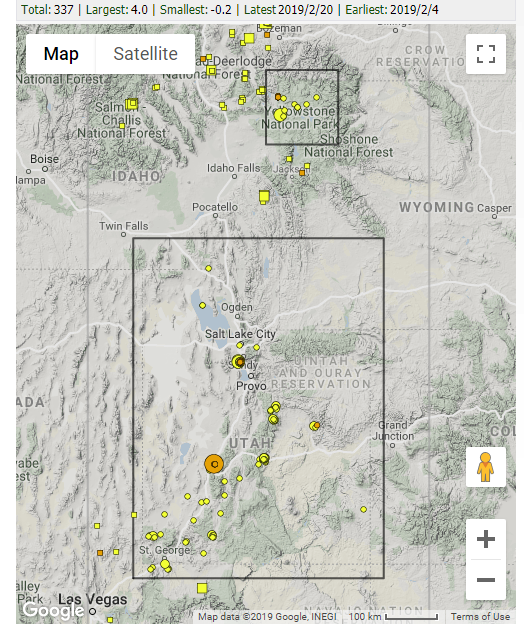 Scientists want to know: Did anyone feel an earthquake that hit south of St. George?