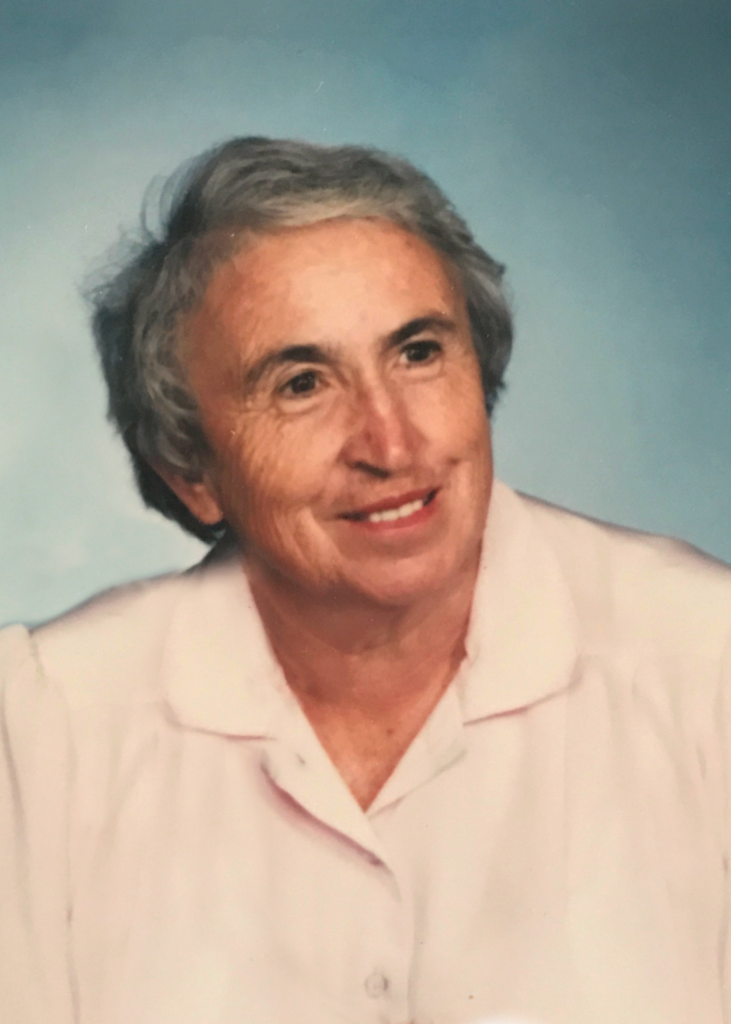 Shirley Esplin Hart was born April 2, 1929, at the Ida S. Adams home in Kanab, Utah. She passed away on Feb. 2, 2019 in Cedar City, Utah, at the age of 89. Shirley had been a resident of a care center in Cedar City since July 2015 after falling and breaking her leg while out working in her beautiful yard.

She was the first of eight children born to John Lynn Esplin and Amy Heaton Esplin, who resided in Orderville, Utah. Her mother later wrote that when Shirley was 3 months old, the little family went to spend the summer with the sheep herd on the mountain. In the history Shirley wrote about her own life, she remembered that she and her siblings were as much at home at the sheep herd with their father as they were at home with their mother.

Shirley lived through the great depression but was only aware of it through her school studies – the little town of Orderville was pretty self-sufficient. Shirley was the valedictorian of both her high school and college graduating classes. She was a popular student and was passionate about history and politics. She had an artistic streak as well.

Just after she graduated from high school, Shirley’s father died after falling off a ledge while at the sheep herd. It was a defining moment in their family and changed the dynamics of their life but didn’t end Shirley’s focus on higher education. She attended the Branch Agricultural College in Cedar City. Shirley received her elementary school teaching certificate and began teaching at the little school house in New Castle in the fall of 1951. Shirley grew to love the residents of New Castle and became thoroughly involved in the lives of the New Castle Ward members. She also taught one year in Cedar City.

Shirley was a gifted writer. She helped her husband Charles when he was bishop of the New Castle Ward with his talks. She wrote and directed many roadshows and family reunion programs as well as her own life history and her mother’s. She sent countless personal letters over the years to friends and family. Her gardening skills were legendary in New Castle, as well as her pie and bread-making.

Shirley met Charles Edwin Hart Jr. in New Castle. The Hart family had come to Southern Utah from southern California in 1925 to manage a sheep herd out by Beryl in the Escalante Valley. They married on June 9, 1953, in Orderville with a sealing in the St. George Temple the following year. To their union were born six children. One of their children, Carolyn, died at 4 months of age, November, 1964. Shirley’s husband, Charles, passed away on April 16, 1997, in New Castle. Their daughter Amy returned home to care for Charles and Shirley in 1996 and is still living in the family home in New Castle.

The family would like to express their appreciation to the many friends and extended family who have visited her and sent cards and letters, especially the past three years while she has been at the care center and for the employees of the care center for their loving attention to Shirley.

Arrangements and memorial tree planting are under the direction of Serenity Funeral Home of Southern Utah, 435-986-9100.