ST. GEORGE — Skywatchers across Utah and beyond will have the opportunity to watch three lunar events come together to provide a bigger, bloodier moon that will make a special one-night appearance this weekend.

The first and only total lunar eclipse of the year will happen Sunday night, but it also comes with something extra as a full moon tinted with crimson will appear larger in the sky and is one of only three times this century that three elements will come together to create a “super blood wolf moon.”

A lunar eclipse occurs when the Earth passes directly between the sun and the moon, blocking most of the light from the sun and plunging the lunar nightlight into the planet’s shadow, according to NASA.

“What a lunar eclipse displays is the color of all of Earth’s sunrises and sunsets reaching the moon,” NASA scientist Noah Petro told Space.com last week.

Even so, the moon does not turn completely black like the sun does during a solar eclipse as a small amount of sunlight still slips past the outer edges of the Earth and scatters before it hits the moon.

While the moon itself produces no light and is merely the beneficiary of our sun’s rays, it is actually Earth’s atmosphere refracting sunlight that causes the morphing color of the moon during a lunar eclipse. Depending on certain factors such as Earth’s volcanic activity or humidity, the intensity and shade of the moon can alter from a rosy hue to a dark crimson, which is one of the reasons it is referred to as a “blood moon.”

When the moon is at its closest, or roughly 225,700 miles away, it is referred to as a “supermoon,” which also makes the moon appear nearly 15 percent bigger and 30 percent brighter than an average full moon.

And a ‘wolf moon’

A “wolf moon” refers to any full moon that takes place in January, a moniker used by the indigenous tribes in North America that used to keep track of the seasons by observing the full moons, and refers to all of the wolves that “howled in hunger outside the villages” in January, according to the Farmer’s Almanac.

A new moon occurs roughly every month, when the moon’s far side is facing the sun and its near side is in darkness, and since it is tidally locked, anyone viewing it from Earth sees the same side, every time, so when the moon is between the sun and Earth, it cannot be seen in the sky since the dark side is not visible.

A lunar eclipse occurs during the full-moon phase, and a solar eclipse takes place during the phase of a new moon.

At 12:48 a.m. Monday, the penumbral eclipse ends and the full moon returns to normal.

NASA keeps a list predicting lunar eclipses until 2100. It also keeps data about past lunar eclipses. During the 21st century, Earth will experience 228 lunar eclipses, according to the space agency. 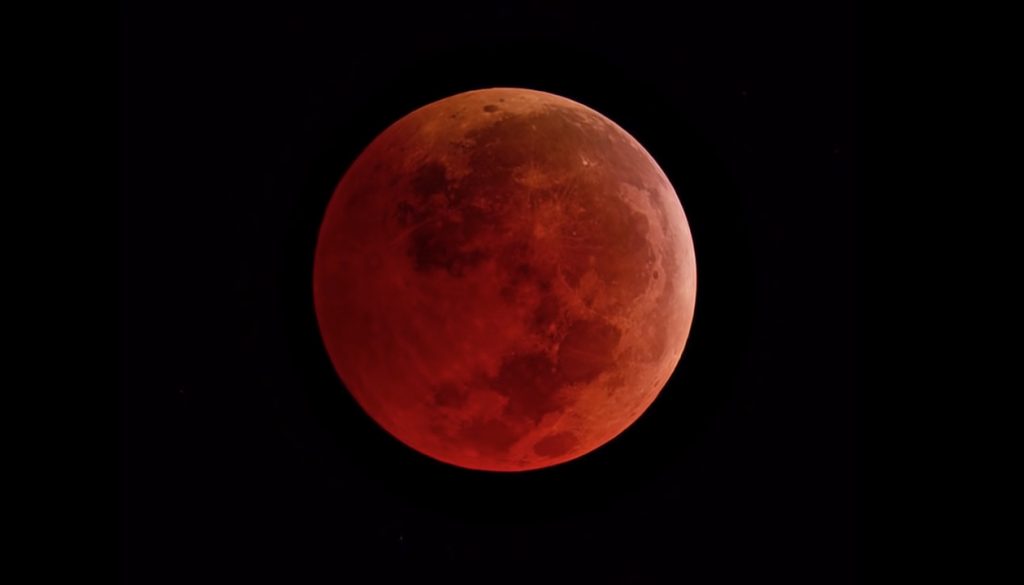 As the moon moves completely into the umbra, it turns a reddish-orange color. | Image courtesy of NASA, St. George News 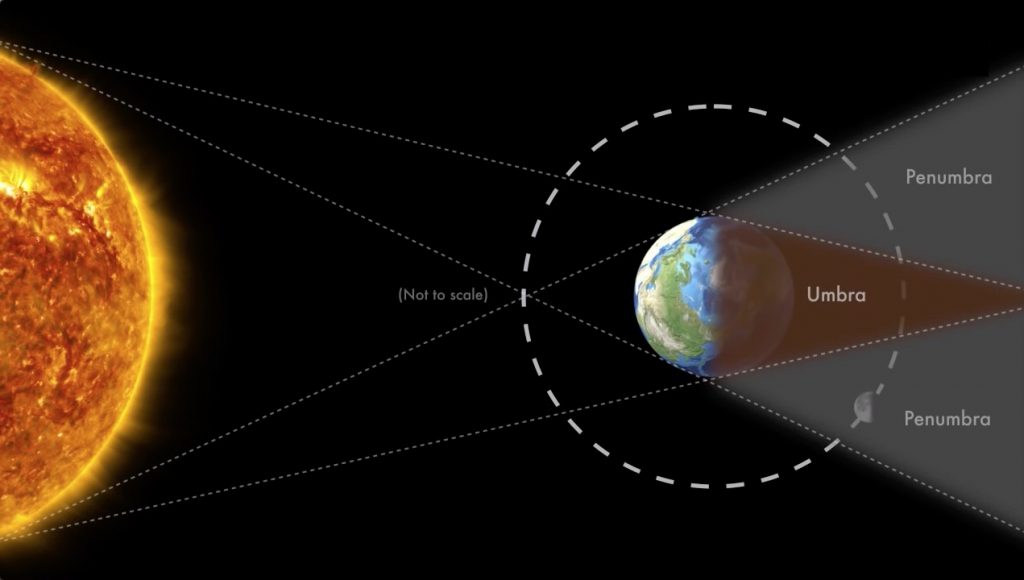 During a total lunar eclipse, the moon first enters into the penumbra, or the outer part of Earth's shadow | Image courtesy of NASA, St. George News 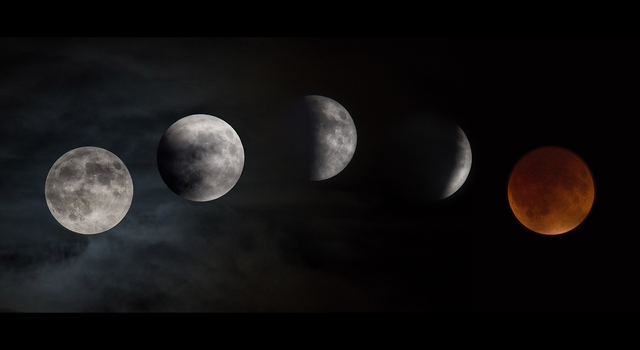 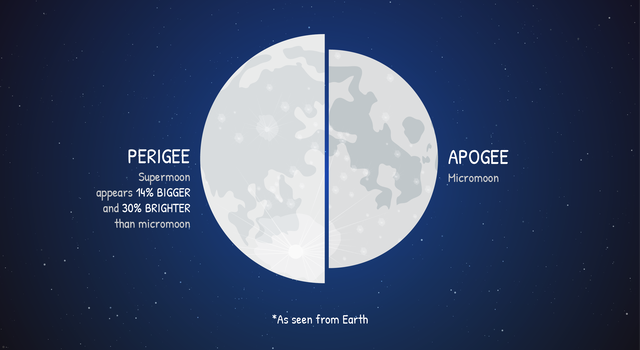 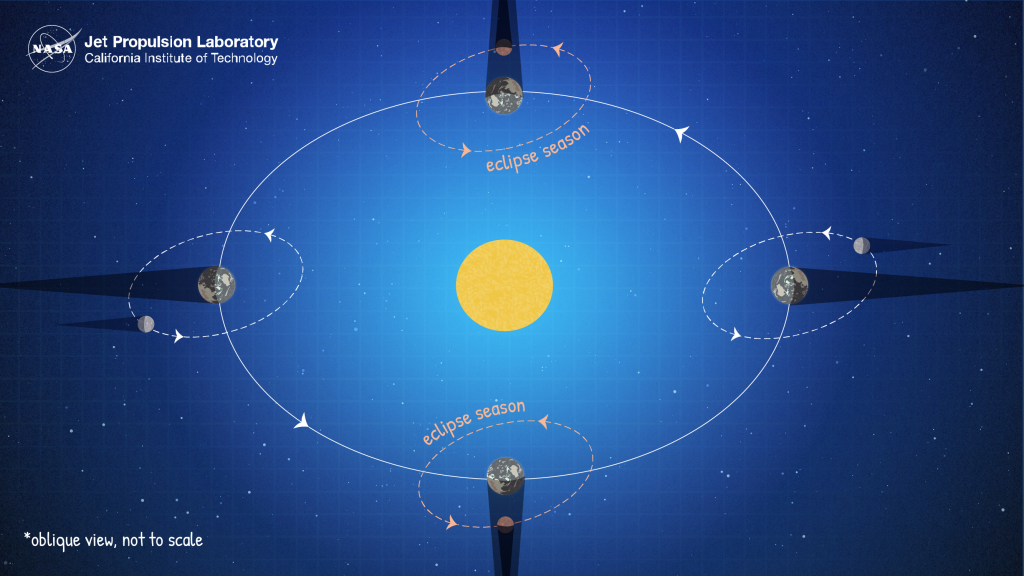 When a full moon occurs during an eclipse season, the Moon travels through Earth's shadow, creating a lunar eclipse. | Image courtey of NASA/JPL/Caltech, St. George News

Are you ready? A supermoon, blue moon and total lunar eclipse all in 1 night

After showcasing hundreds of kids for 11 years, children's theatre looking for permanent home