A pickup truck is burned after catching fire in the driveway of a residence on Center Street, Ivins, Utah, Dec. 22, 2018 | Photo by Cody Blowers, St. George News

IVINS — A vehicle fire in Ivins was quickly extinguished thanks to the fast actions of a fire chief who was nearby when the call for help came in.

At around 2:15 p.m., an individual called 911 to report smoke coming from under the hood of a pickup truck parked in the driveway of a residence on Center Street, Steve Ikuta, Santa Clara-Ivins Fire Department public information officer, said.

Santa Clara-Ivins Police officers also responded to direct traffic away from the scene while fire engines were en route.

Santa Clara-Ivins Fire Chief Randy Hancey was first to arrive on scene where he saw flames coming up from under the truck’s hood, Ikuta said. Hancey grabbed the fire extinguisher from the department SUV he was driving and began extinguishing the flames.

“Chief Hancey opened up the hood and was able to extinguish a majority of the fire just as Engine 31 arrived on scene with water to finish the job,” Ikuta said.

The fire was completely extinguished before it could to spread to a vehicle parked several feet away.

The fire appears to have started in the engine compartment and then spread to the hood, causing damage that was confined to the front of the pickup truck, Ikuta said.

No structures were threatened and no injuries were reported during the incident. 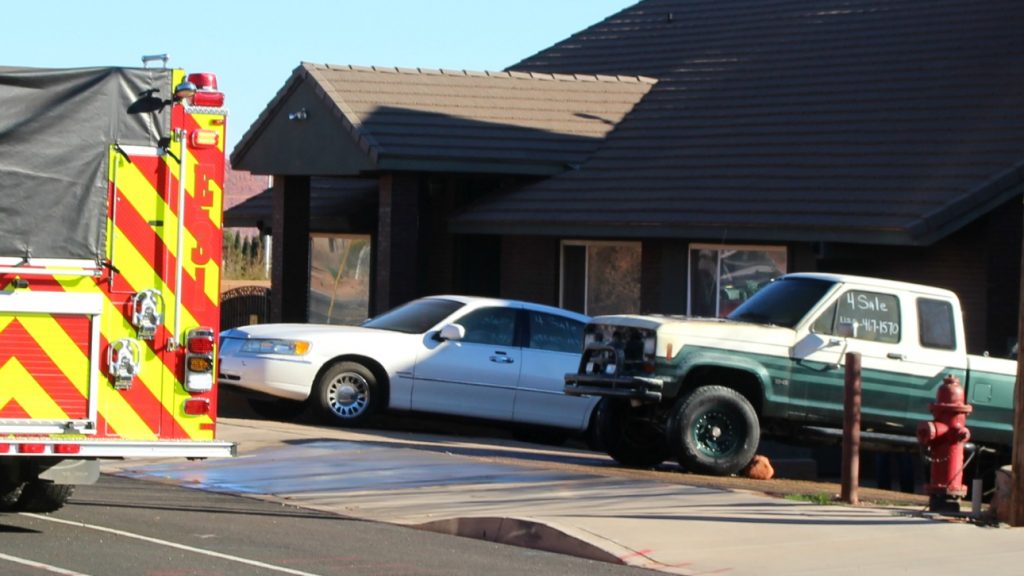 A "For Sale" sign is posted in the window of a pickup truck that caught fire in the driveway of a residence on Center Street, Ivins, Utah, Dec. 22, 2018 | Photo by Cody Blowers, St. George News 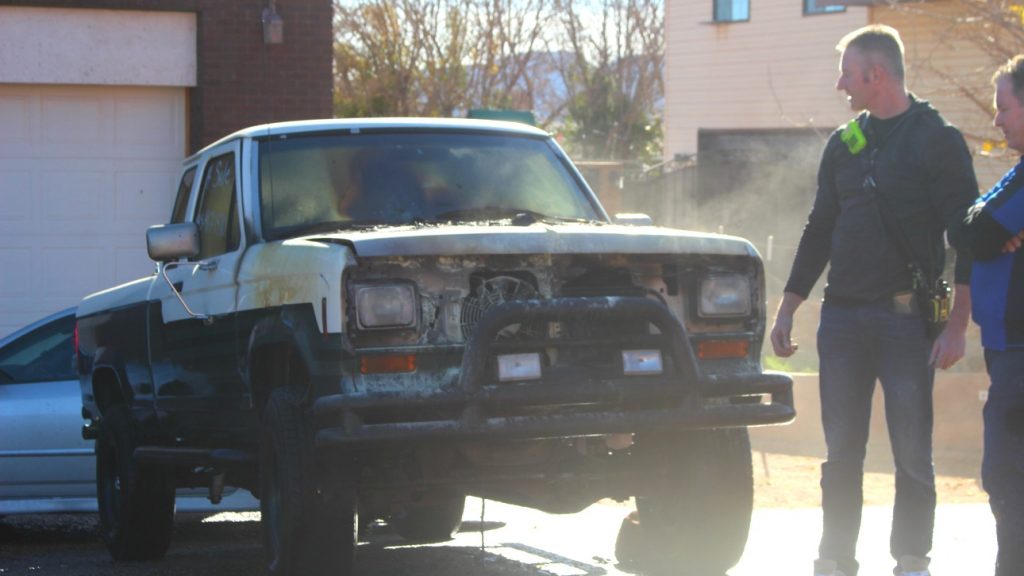 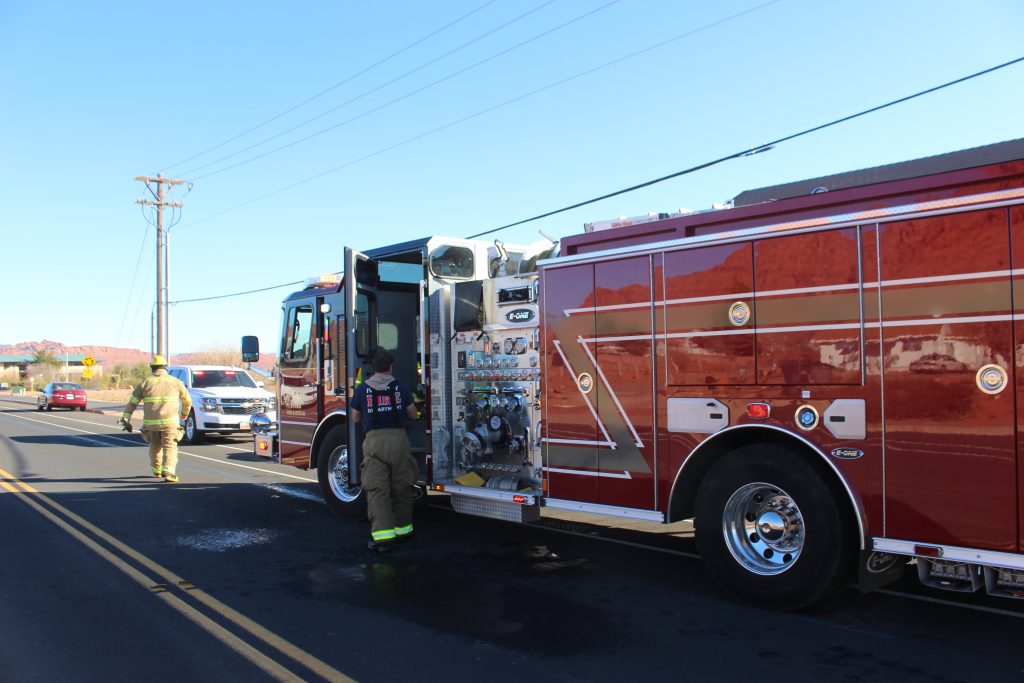