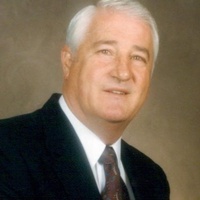 Kenneth Elmer Bettridge, fondly known as “KB,” passed away Dec. 7, 2018, in Cedar City, Utah, at the age of 75. He was born April 22, 1943, in Cedar City to Elmer and Lillie Dutton Bettridge. KB grew up in Parowan, Utah, and graduated from Parowan High School in 1961 where he was a star basketball player. He married Georgia Jean Rowley in the St. George Temple of The Church of Jesus Christ of Latter-day Saints on June 23, 1962.

Following graduation from Parowan High, KB went to work for Don Draper in Cedar City. In 1969, Don retired, and Ken was given the opportunity to take over Don’s position at American Oil as a jobber, where he continued until June of 1976. At that time, American Oil was selling to their jobbers. Ken, along with his wife, Georgia, took the opportunity, and Ken Bettridge Distributing was established. They continued to operate the business until it was sold to their sons in 2006.

KB was an active member of The Church of Jesus Christ of Latter-day Saints. He served as a high councilor and in bishoprics in both home and university stakes and wards. KB and Georgia served in “the only perfect mission,” the Oregon Portland mission, from July of 2011 to July of 2012.

In retirement, KB found a love for rebuilding tractors and going for rides with his “posse” of good friends. He not only enjoyed driving, he loved trucks – all kinds of trucks. KB was the original Costco shopper. He was well known for purchasing large quantities (you might be familiar with his flashlight collection).

However, his most prized collection was his friends. KB was a friend to all. He had a gift for making everyone feel like his best friend.

In lieu of flowers please donate to the Ken Bettridge charitable account at State Bank of Southern Utah, 435-865-2300.