ST. GEORGE — Three vehicles piled up in an accordion-style collision Thursday on River Road that was set in motion when one vehicle, unable to stop in time, struck a second vehicle that was pushed into a third.

A few minutes before 9 a.m. officers and emergency personnel were dispatched to a three-vehicle crash on River Road across from the Tagg-n-Go car wash, St. George Police officer Trevor Anderson said.

Officers found a charcoal Toyota Sequoia pulled off of the roadway with minimal rear-end damage while a white Ford Mustang and silver Mazda passenger car were partially blocking the No. 1 northbound lane of River Road.

Paramedics checked all vehicle occupants and found only minor injuries reported by the driver of the Toyota.

The crash was triggered when a white passenger car not directly involved in the crash started to enter the center lane to turn left into the car wash.

However, the vehicle did not completely enter the turn lane, leaving the rear of the car partially blocking the northbound lane of travel.

“That car was sticking out which caused the cars behind it to hit their brakes,” Anderson said.

All occupants were properly restrained at the time of the crash, Anderson said.

The Mazda and the Mustang both sustained significant damage and were towed from the scene, while the Toyota remained operational with rear damage only.

The driver of the Mustang was cited for following too close. 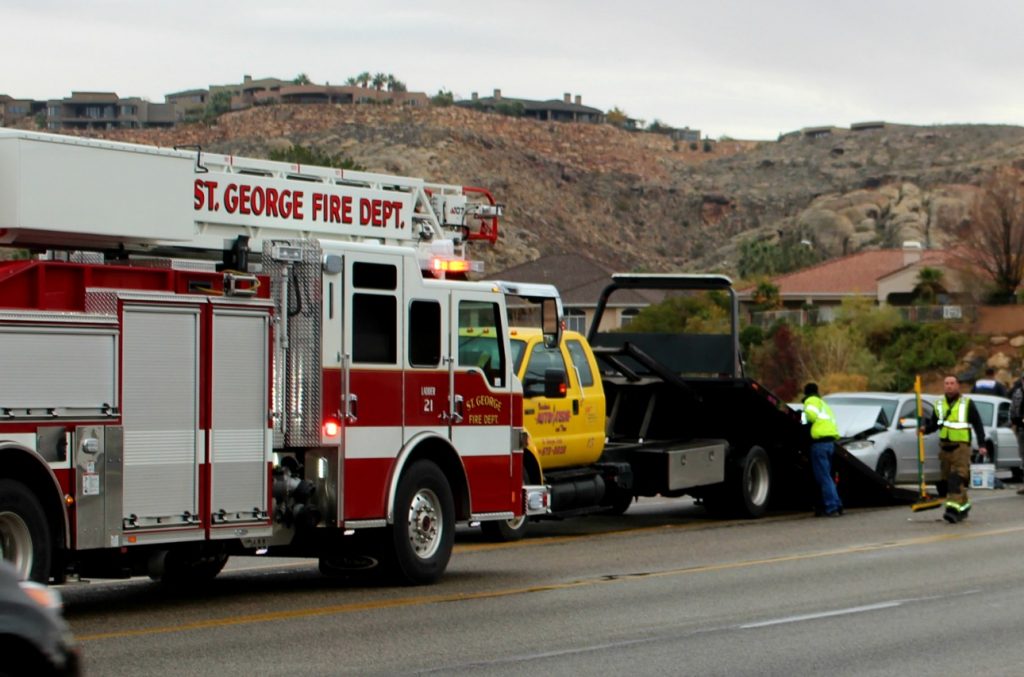 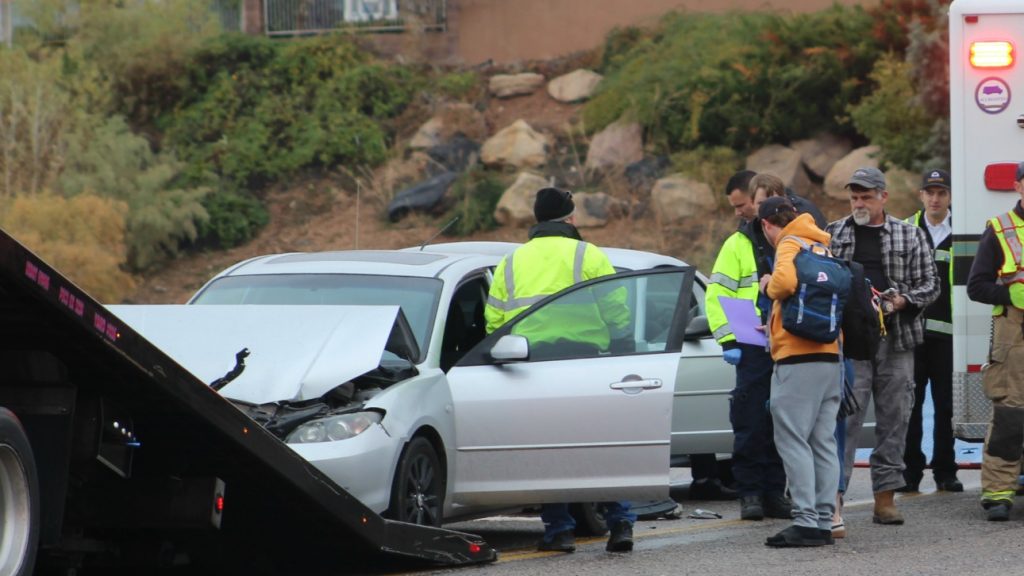 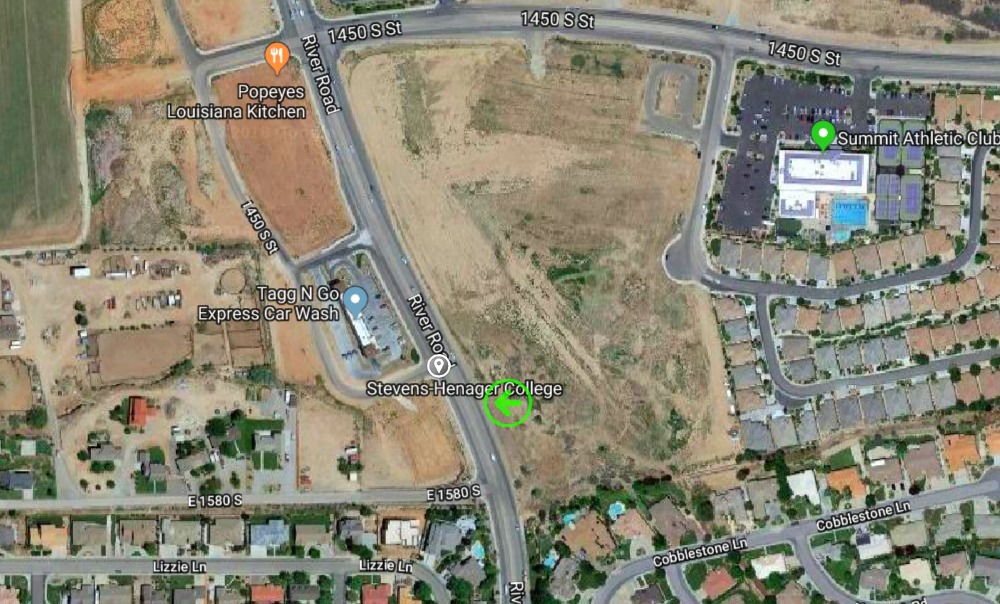 Brigham Road is scene of 3-vehicle crash and chaos