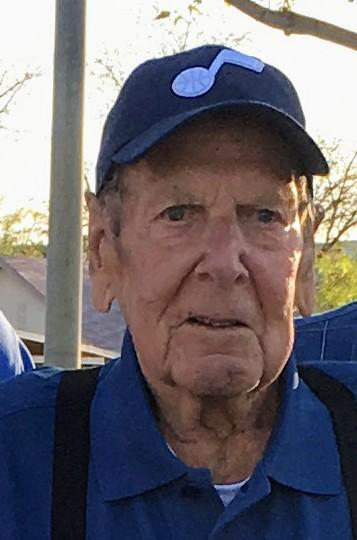 He was born in St. George on April 10, 1925, to Chester Arthur Whitehead and Jessie Gardner Whitehead. He married LaFawn Lew Walter on July 18, 1947, in the St. George Temple.

Wes lived in St. George on the same corner for most of his years and couldn’t imagine why anyone would want to live anywhere else. As a boy he loved the outdoors and exploring the surrounding Red Hills.

He was a member of The Church of Jesus Christ of Latter-day Saints and served faithfully in numerous callings over the years, including the Boy Scout program.

As a young man he served in in the Army during World War II, stationed in the Philippines. He was also a member of the Veterans of Foreign Wars.

He was a truck driver for many years, mostly with Milne Truck Lines, and after retiring from driving he worked as an appliance repairman.

Wes enjoyed the outdoors, especially camping, hunting and snowmobiling with his family. But his favorite activity was flying. He was a proud member of the Civil Air Patrol for many years, serving as squadron commander from 1955-1972 and 1980-1986 and he participated in many search and rescue operations.

Wes is survived by his children Dorothy, Cynthia, Wesley Russel, Charlene and Shane; numerous grandchildren and great-grandchildren. He was preceded in death by his parents Chester and Jessie; son Dennis; brother Evan; and sister Merlene.

Thanks to all those with Zion’s Way Hospice and River Road Beehive Home who cared for our dad. A special thanks to Deanne, Misty, Kara and Mike at Zion’s Way and Faith and Brenda at the Beehive Home.

Outdoor enthusiasts can use app to catch poachers in the act