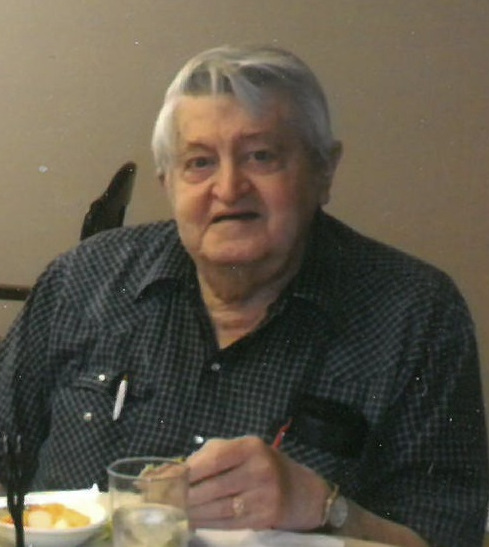 He graduated from Ogden High School and joined the Army Air Corps during World War II. When he came home he married Donna Houser and they later divorced.

Albert moved from Ogden, Utah, to Heyburn, Idaho, in 1965 where he established his own business in the housing industry. He then married Deanna Shelton and lived in Heyburn until 2011 when they moved to St. George, Utah.

His name is Albert, but over the years I have heard many call him by his nickname Al. For the past 50 some years I have called him Pa, or Pa-in-law. Family calls him Papa, Dad, Grandpa, Great Grandpa or Uncle. He is along in years, he will be 94 in April 2019, but that day of Dec. 17, 1944, remains young in his thoughts.

Albert was a 19-year-old belly turret gunner on a B-24 bomber. On that day he was on his 25th mission over Germany, the number that many flight crews never reached. Al’s plane was the lead plane on this mission and as they neared the target they lost three super-chargers on their engines. They remained at altitude until they dropped their bombs but immediately radioed the deputy lead that they could not maintain altitude and had to drop out of formation.

As their plane was dropping down the deputy lead slid into position too soon and came down on their number one engine cutting the deputy lead plane in two and it went down killing all on board. Almost immediately the navigator, nose gunner and bombardier bailed out over target and the bombardier was killed on the way down, the other two were captured.

On Pa’s plane there was the pilot, engineer and assistant engineer with him, and the pilot turned the plane on a heading to Italy. As nightfall approached, the pilot turned the plane over the mountains of Yugoslovia and gave the order to bail out. Al said it seemed like forever for his chute to open. When he came down, he landed among a half dozen buildings and older women and children who picked up his chute and took him inside.

After dark some men came and escorted him across the mountain to a village and reunited him with the rest of his crew. A four-day trip of walking and sometimes riding got them to a town where they were evacuated back to their base in Italy. Albert flew on seven more missions.

His step is slower and he may not be with us much longer, I don’t have the same light in my eye when I tell his story as he had over these many years when I would encourage him to tell it, I have more of a tear in thinking what a brave man went through when he was called on by his country.

Thank you Pa and thank you for your daughter that made me part of your family.