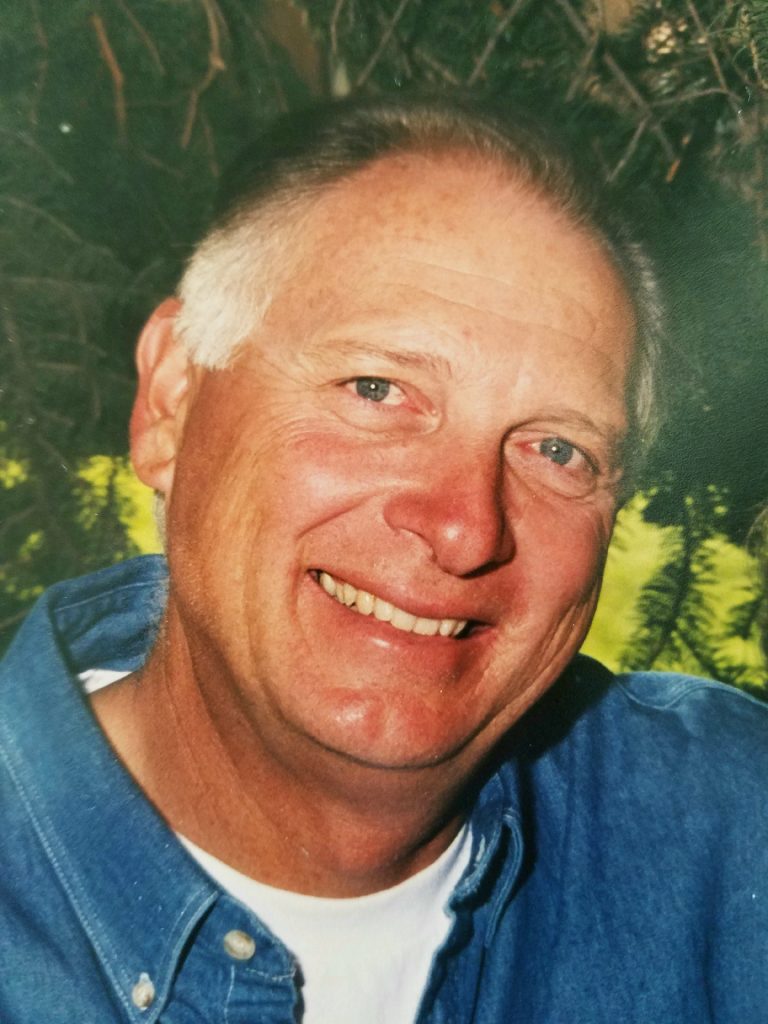 Jim “Slabone” Slayton, age 70, passed away Nov. 22, 2018, on Thanksgiving morning with his wife of almost 50 years and his two daughters by his side. Jim was diagnosed with pancreatic cancer on Sept. 22 and was given one to three weeks to live. He lasted two months beyond the doctor’s expectations. He always was an overachiever.

Jim grew up in Danville, Illinois. He was the son of Harland and Eva Slayton. He graduated from Danville High School in 1966 and attended Danville Area Community College and Eastern Illinois University, majoring in agricultural management.

After graduation, Jim became the manager of the Farm Supply chemical fertilizer plant in the Catlin-Fairmount, Illinois, area, where he enjoyed serving the farming community, or as he referred to them, “the salt of the earth people.” It always brought back fond memories of spending time on his grandparents’ farm in Ridgefarm, Illinois.

Jim served in the United States Marine Corps from 1969 to 1975 as a private first-class, graduating with a Medal of High Expert Marksmanship and Platoon Honorman. He took much pride being a Marine and supported several patriotic charities the rest of his life.

Jim married Mary Rita Haas in 1969 in the very church that he helped build, Northland Church of Christ. They would have been married 50 years in March 2019 and were going to celebrate that event by moving into a new house they designed together.

In 1974, Jim started his own company, Jim Slayton Excavating. His company served the Vermilion County Area for 25 years. His company did everything from burying hogs and digging pools to building bridges, and he enjoyed sponsoring sports teams and community events.

His daughters will always remember him as a loving father who cheered them on at their sporting events, drove through a snowstorm to purchase a “toy of the season” before it sold out, adored their mother’s cooking and relished being a grandpa. He was perfect.

In 1995, he and his wife and youngest daughter moved to St. George, Utah. It was there that Jim became part of the Fugal Company where he worked as a superintendent for the gas line installation.

After retiring from Fugal, Jim volunteered for the St. George Police Department in the VIPS program (Volunteers in Public Safety). He later got his “dream job” as the armorer for the St. George Police Department. It was there he enjoyed the camaraderie of the brotherhood of the men in blue. This was his retirement, and it could not have made him happier.

Jim had many hobbies including playing golf at some of the most famous golf courses, collecting and restoring muscle cars, reading Western history and ATVing with his friends, especially his good buddy Les.

Jim was preceded in death by his parents, Harland and Eva Slayton, a sister, Brenda, who lived three days, his in-laws, Alvin and Mary Haas, and his grandparents Hade and Nellie Norman.

A special thank you goes out to the staff and doctors at Dixie Regional Medical, the 3 West staff; his best friend Les Green, the Bret Henderson Construction Company; St. George Chief of Police Rich Farnsworth along with Dave and Val Seely for finishing a special project that the family will always cherish; Lt. Feltner, Sgt. Despain, and the officers of the St. George Police Department; and wonderful staff from Intermountain Hospice.

In lieu of flowers, the family requests donations be made through the St. George Police Department for “Project Life-Saving Devices,” which provides local citizens suffering from Alzheimer’s with GPS tracking devices; or, the Dixie Regional Medical Center Foundation for the Hospice Division.