The first incident was reported shortly before 2:30 a.m. in Salt Lake County where troopers were dispatched to a wrong-way driver heading north in a southbound lane of Interstate 215 initially. The man continued north in the southbound lane of of I-15 near 3300 South, Utah Highway Patrol Sgt. Nick Street said.

As one trooper performed a “slow down” which is a police-initiated buffer between oncoming traffic and the wrong-way driver, a second trooper caught up to the vehicle and performed a reverse pursuit intervention technique, Street said, “to stop the driver from killing anyone.”

The first two attempts to stop the driver were unsuccessful, but on the third attempt the trooper was able to close the distance between his patrol vehicle and the errant driver before clipping the rear driver’s side panel of the passenger car.

The tactic spun the car around and brought it to a stop while the trooper pulled forward and boxed the car in.

This was not a reckless move but rather a calculated tactic to get the driver to stop before striking another vehicle head-on.

Street said the driver’s blood alcohol content was 0.146 percent, which is nearly double the legal limit of .08. He was arrested for driving under the influence and transported to jail.

Both vehicles sustained minor damage during the incident and the driver was uninjured, while the trooper sustained a minor injury to his back, Street said, adding the outcome “was so much better than what could have happened if the driver wasn’t stopped.”

The second incident was reported on I-15 near mile marker 297, also in Salt Lake County, where an 80-year-old woman was traveling north in the southbound lane and was stopped after a trooper forced the vehicle to the shoulder of the roadway.

“They did a slow down on that one to hold other motorists back, but the trooper was able to get the car to the shoulder without impacting it,” Street said.

Hours later in Iron County, a third wrong-way driver was reported on I-15 near mile marker 67 shortly after 5 a.m.

The incident involved a passenger car that crashed into a tree after swerving to avoid a head-on collision with the wrong-way driver who was traveling south in the northbound lane.

A semitractor-trailer traveling behind the passenger car witnessed the crash, but was able to steer clear of the wrong-way driver in time to avoid a collision.

The semi driver pulled over and rendered aid to the injured motorist until help arrived.

Troopers were unable to locate the third wrong-way driver in Iron County, but Street said a witness reported seeing a wrong-way vehicle make a U-turn on the interstate before it continued south in the southbound lane.

Street said that after receiving no wrong-way driver reports for some time, and then to have three reported within hours of each other was “just crazy,” and added that the wrong-way driver who was arrested for DUI earlier that morning could face stiffer penalties with the new law that passed.

Street is referring to a bill that was signed into law in May which modifies the penalties for drivers convicted of driving under the influence if the individual is also convicted of driving in the wrong direction on a freeway or controlled-access highway during the same incident.

Under Utah law, a DUI is a class B misdemeanor punishable by up to six months in jail and a $1,000 fine.

The new law raises the classification to a class A misdemeanor if the DUI that is committed while driving on the wrong side of a freeway or highway, and is punishable by up to a year in jail and a $2,500 fine. 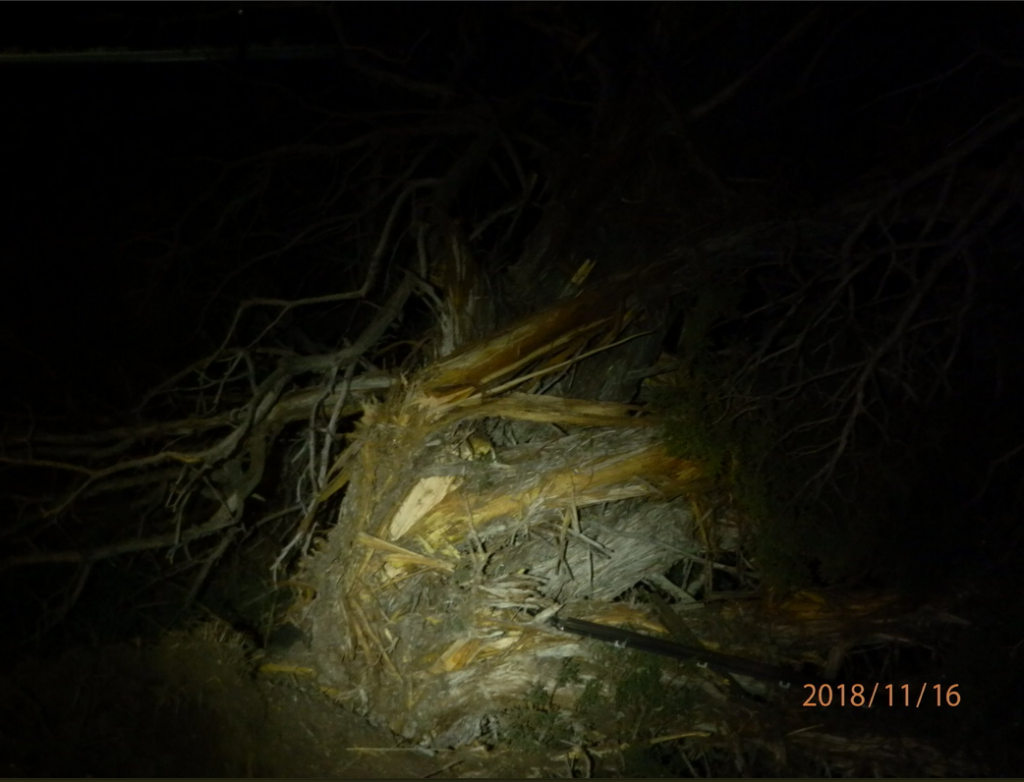 A motorist struck this tree after swerving to avoid wrong-way driver on I-15 in Iron County, Utah, Nov. 16, 2018 | Photo courtesy of the Utah Highway Patrol, St. George News 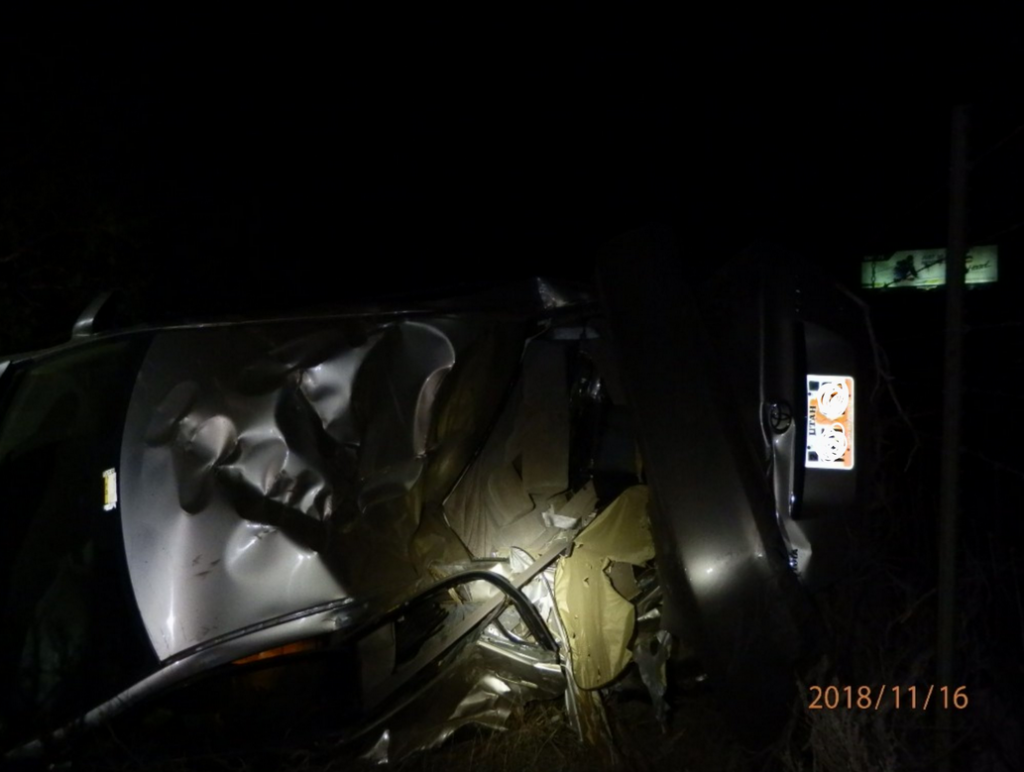 Passenger car sustains heavy damage when driver crashes into a tree after swerving to avoid a wrong-way driver on I-15 in Iron County, Utah, Nov. 16, 2018 | Photo courtesy of the Utah Highway Patrol, St. George News 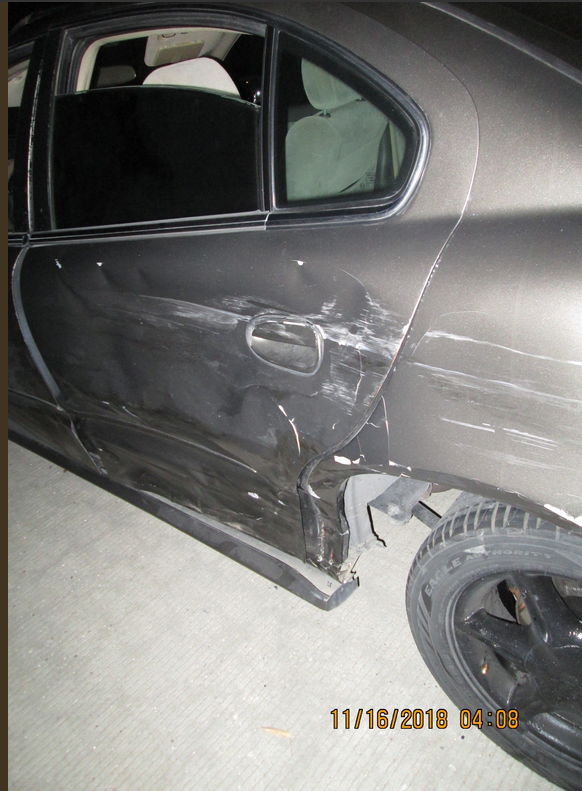 A passenger car is damaged when a UHP trooper hits the vehicle to stop it from going the wrong-way on I-15 in Salt Lake County, Utah, Nov. 16, 2018 | Photo courtesy of the Utah Highway Patrol, St. George News

Wrong-way driver on SR-9 sends 2 to hospital, driver to jail

Wrong-way driver dies in head-on collision on I-15