ST. GEORGE — Fire departments across Utah have deployed firefighters, engines, trucks and other apparatus to assist the thousands of firefighters battling multiple blazes burning in California. One of which, the Camp Fire, is now the most destructive fire in the state’s recorded history, resulting in 23 dead and more than 35 missing.

Hurricane Valley Fire District responded to assist with ongoing firefighting efforts in California with a crew of six and two fire engines. The crew’s location and staging area will be provided once they are in California, fire Capt. Steve Harris said.

The group will make up two crews; the first three-man crew will deploy in a Type III engine, which is a wildland fire engine specifically designed to assist in fighting wildfires. It is equipped with a tank that holds at least 500 gallons of water and a pump capable of pumping 150 gallons per minute.

The second engine, a Type IV engine, which is a smaller than the Type III, enhances maneuverability and accessibility for initial attack operations and is equipped with a tank that can hold 50-400 gallons of water.

The Washington City Fire Department is sending a crew of three firefighters in a Type I engine that will head to California at 2 p.m. Sunday to assist the firefighters currently in place.

Cedar City Fire Department left Friday morning with a three-firefighter crew on a Type 6 fire engine to assist on the Camp Fire, and a crew of four firefighters are schedule to leave Sunday morning on a Type I fire engine to the Los Angeles area, Fire Chief Mike Phillips told St. George News Saturday.

Kanab City Fire Department has one fire engine on standby for the next round of deployments and one firefighter leaving Sunday with the Washington City fire crew.

In all, a total of approximately 180 Utah firefighters and 39 fire engines will be sent on a 14-day deployment over the next several days to assist crews on the ground in California, according to Utah Fire Info.

To the south, fire departments across Arizona are also being deployed to California, including four firefighters from Beaver Dam Littlefield Fire District in Littlefield, Arizona, who left Saturday morning to provide mutual aid to firefighting efforts. The crew left on a Type III fire engine designed for wildland firefighting, according to a statement released Friday evening.

The crew is scheduled for a 14-day deployment, with the possibility of being extended up to 21 days.

The Camp Fire is now considered the most destructive fire in California history. It has burned through more than 105,000 acres, leaving 23 people dead and 35 missing. The fire has destroyed more than 6,500 homes, including nearly the entire town of Paradise, with another 15,000 structures threatened, according to a Camp Fire evening briefing reported by KRCR News, an ABC News affiliate.

The fire started early Thursday morning and was fueled by strong winds that nearly quadrupled throughout Thursday night. The fire is now only 20 percent contained, CalFire says.

Butte County, located north of Sacramento with a population of 220,000, declared a state of emergency that was approved by President Donald Trump and allowed for federal assistance to be open to the state.

More than 3,200 firefighters equipped with 440 fire engines, 23 helicopters, numerous firefighting air tankers and other equipment are battling the Camp Fire.

The Woolsey Fire started Thursday afternoon and has burned more than 70,000 acres across Ventura and Los Angeles County, which have a combined population of nearly 11 million. Areas hardest hit include the cities of Thousand Oaks, Oak Park and Bell Canyon, which have all been evacuated.

More than 870 firefighters are battling the blaze with 145 fire engines, numerous firefighting air tankers, bulldozers and other equipment, and the fire is zero percent contained, according to the most recent update by CalFire.

The Hill Fire, which also started on Thursday, has burned through more than 4,500 acres also in Ventura County and is 25 percent contained with more than 900 firefighters and 105 fire engines battling the blaze.

So far in 2018, California has had more than 5,630 fires that have burned through nearly 622,000 acres, not including the most recent fires still burning, a CalFire report says.

In December 2017, three fire departments from Southern Utah, including the Washington City Fire Department, Hurricane Valley Fire District and Cedar City Fire Department, joined 17 other Utah fire agencies sent to assist in the firefighting effort against multiple wildland fires ravaging the state, returning five days before Christmas. It was the second such deployment for the Utah departments in 2017, after they had also assisted California with firefighting efforts in October of that year. 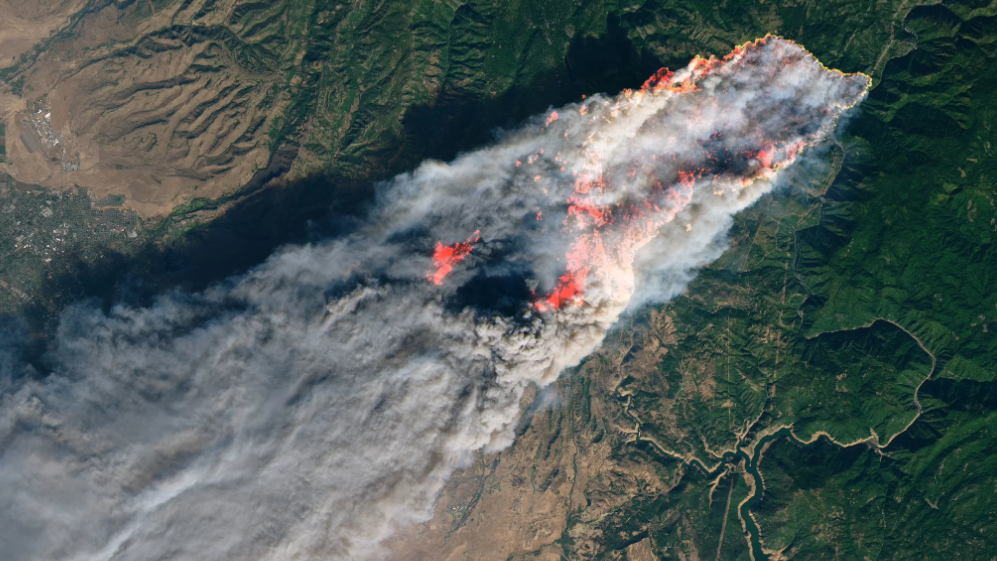 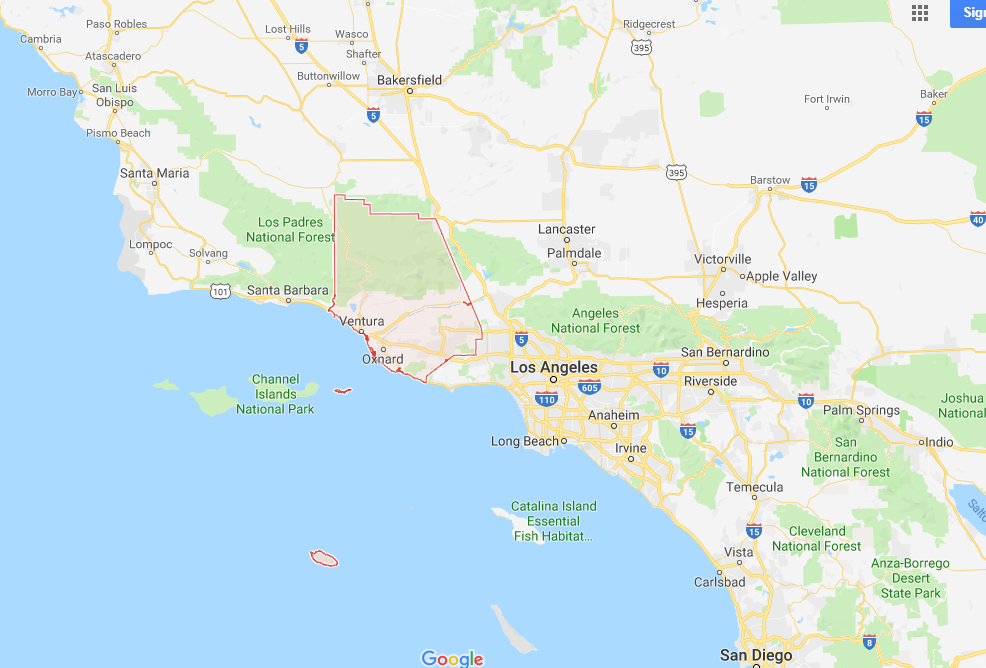 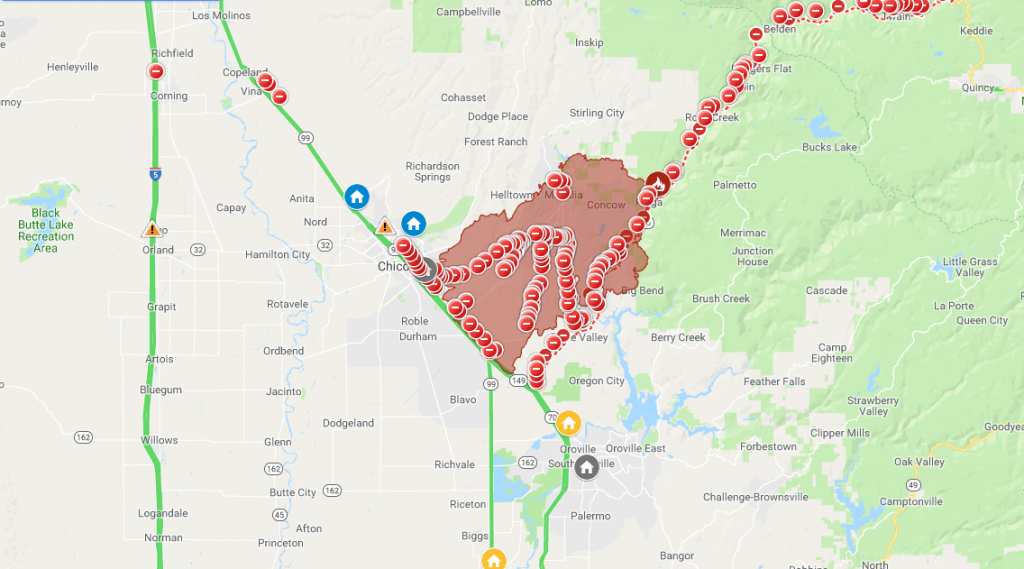 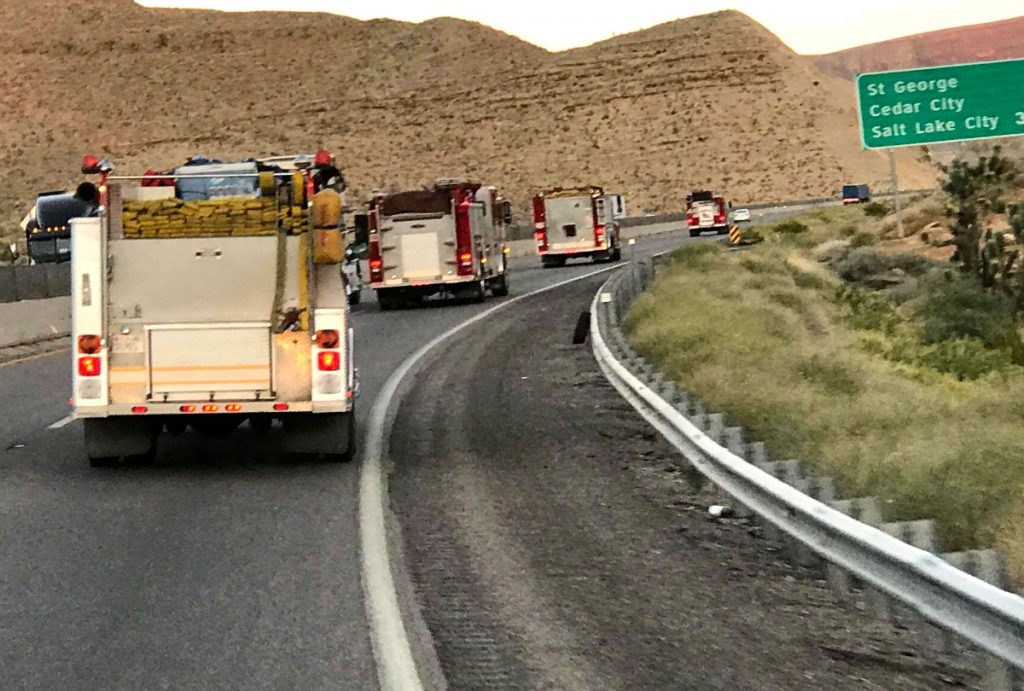