ST. GEORGE — With candles ready to be lit and purple balloons floating nearby, members of the Southern Utah community tentatively listened as Debbie Heisler shared her story of domestic violence Wednesday evening at the annual “Shine a light on domestic violence” candlelight vigil.

Heisler is the stepmother of David Heisler, who died just weeks after receiving full custody of his daughter. He was assaulted, kidnapped and left to die in the Arizona desert in 2016.

The vigil was hosted by the Washington County Coalition Against Domestic Violence and Sexual Assault at the lower parking lot of the Dixie State University Testing Center. Alissa Urzi, victim’s advocate for the St. George Police Department, introduced Debbie Heisler  to the approximately 60 people in attendance as a hero.

“Bravery is usually the biggest trait of a hero,” Urzi said. “This person has usually overcome huge obstacles to survive or rescue others.”

Heisler began with sharing a story.

“The good news was she was still alive,” Heisler read. “Her bruised body, ego and self-esteem were all a part of her everyday life.”

She shared the story of a woman physically beaten by her husband, which was a reoccurring event. The woman in the story is Heisler.

“These sounds like pages from a book,” she said. “They are. They’re pages from my book. That girl was me.”

Heisler said this was the first time she shared her story in public. After David Heisler died, she said she had a revelation that she survived so much in her life, but he hadn’t.

Debbie Heisler, along with friend Suzan Abbott, created the Blue Butterfly House in honor of David. The house allows children in court custody cases to have a safe, neutral place for court-ordered supervised visits with parents.

“The assumption remains intact that it’s always got to be physical,” she shared. “There’s the black eyes and the bruising that we all create the image in our minds of what it is.”

Domestic violence is not about anger management, Boyer said, but it’s about the need for someone to have control and power over another. She read the following from an article published by the Dove Center called “Mask of Concealment”:

Domestic violence knows no boundaries. It does not discriminate. No demographic is immune. Domestic violence is unsettling regardless of which household or community is affected, but it is especially mind boggling when it is exposed within the most unsuspected of families and in the safest of neighborhoods and communities. Who would believe it?

Those in attendance to honor victims and survivors of domestic violence also got to hear three musical numbers from John Houston’s Gospel Choir and a prayer led by Glenn Rogers, Shivwits Band Council of Paiute Tribe.

The night ended with everyone helping each other light candles and a moment of silence, after which Shonie Christensen, board member for the Dove Center, shared some closing thoughts.

“This is a subject that seems insurmountable,” Christensen said. “It’s a huge mountain, but with everyone’s support, with everybody that’s here, it becomes a much easier mountain to climb.” 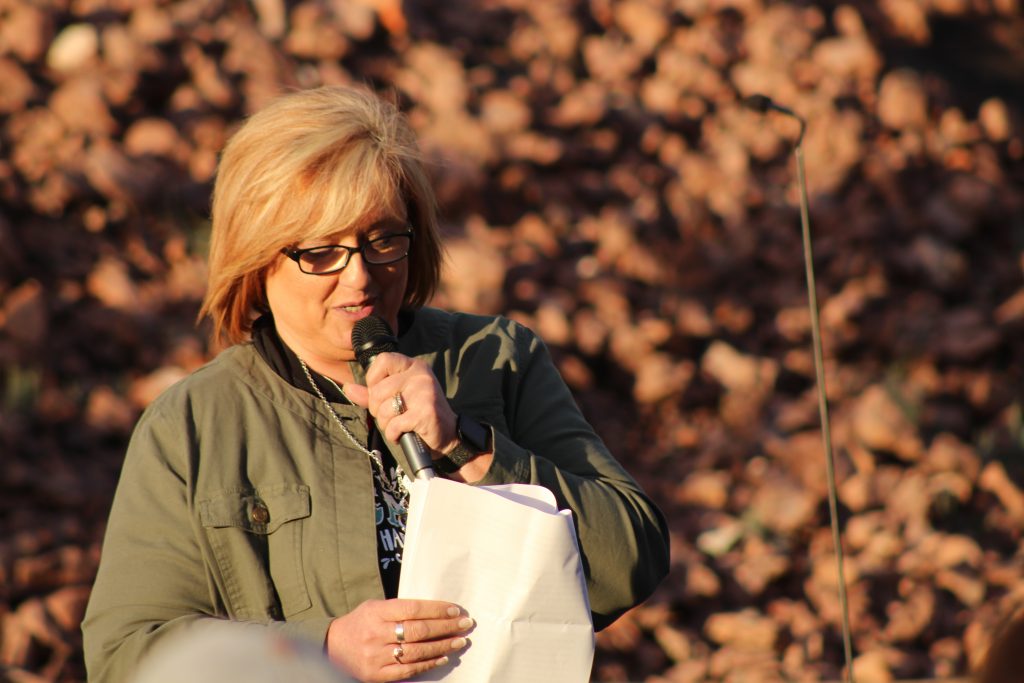 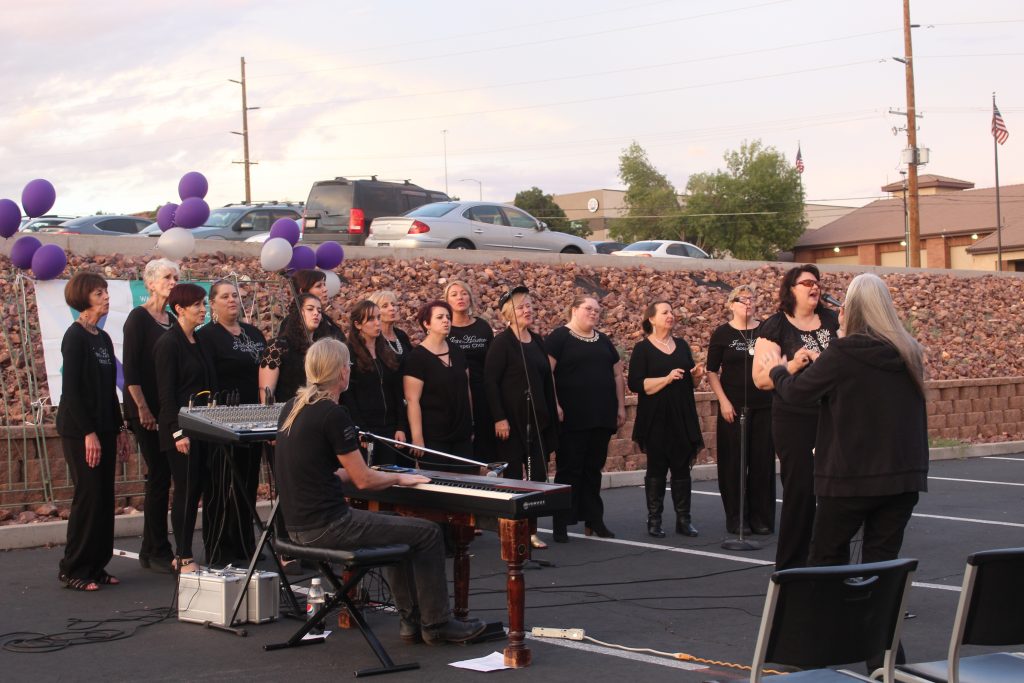 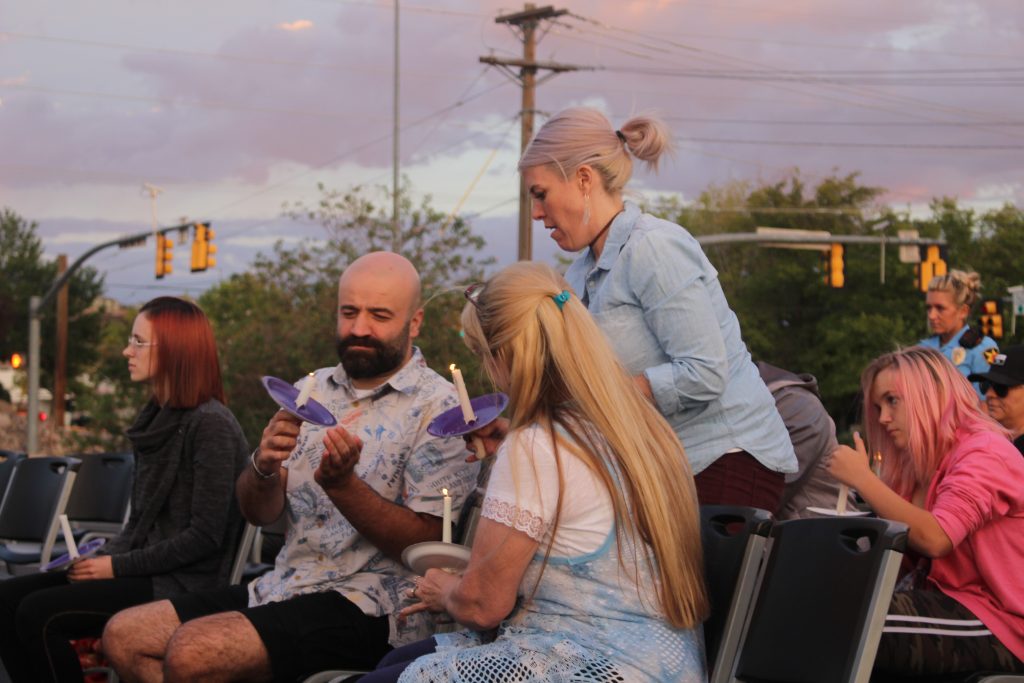 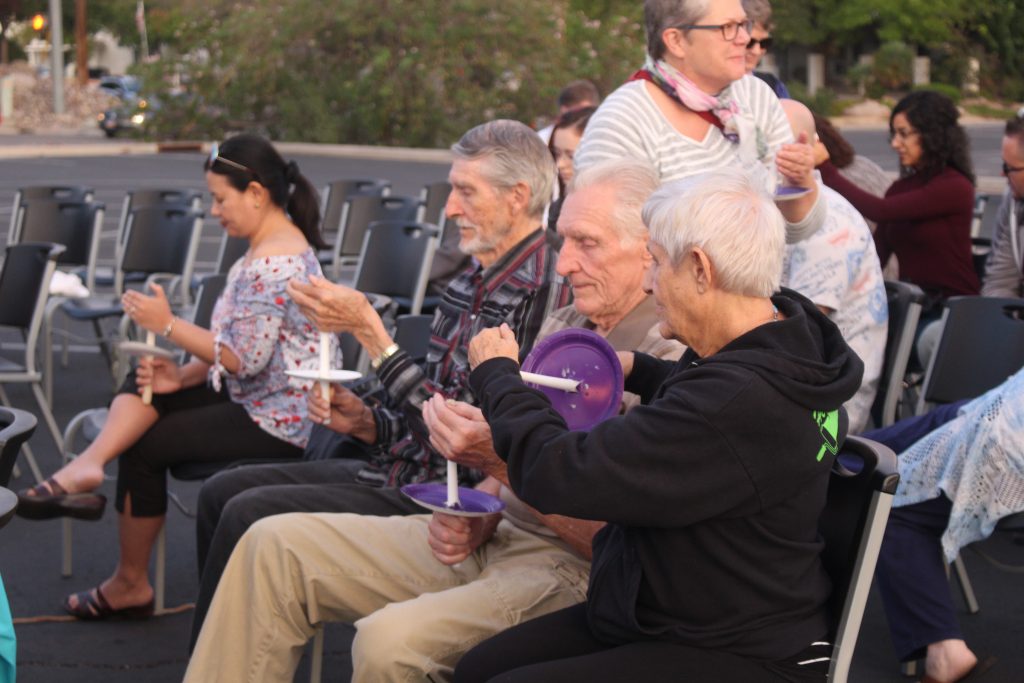 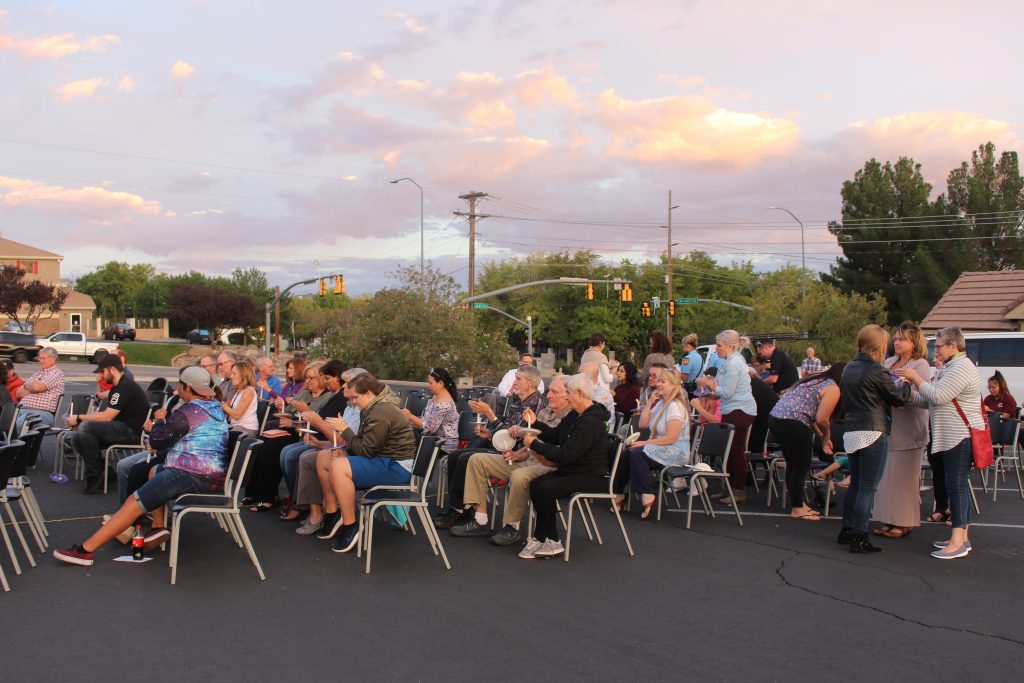 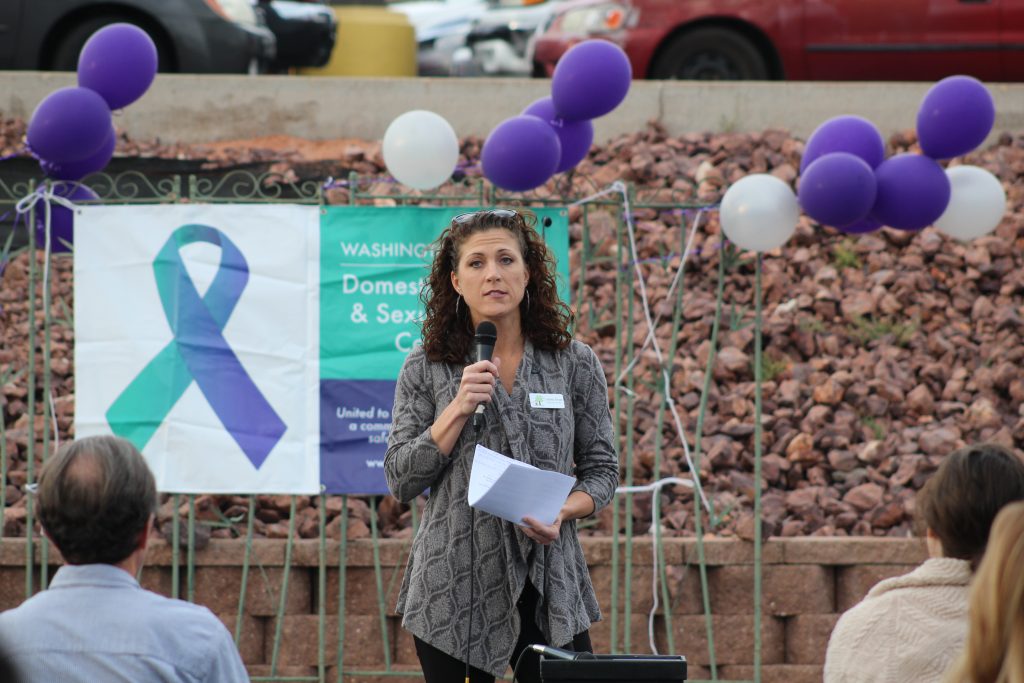