ST. GEORGE — Two vehicles were destroyed, and one driver was transported to the hospital after a T-bone crash was set in motion when a driver blew through a stop sign on 200 South Thursday morning.

Officers and emergency personnel were dispatched shortly after 11 a.m. to a two-vehicle crash involving a blue Ford Fusion and a red Ford Escape on West 200 South and South 300 West. Initial reports indicated one of the drivers was possibly injured in the collision.

The Escape driver suffered minor injuries during the collision and was transported to Dixie Regional Medical Center for evaluation and treatment, St. George Police officer Andy Mickelson said, while the woman driving the Fusion told officers she was uninjured.

At the time of the crash, the Escape was heading north on 300 West while the Fusion was heading west on 200 South. The woman driving the Fusion continued through the intersection without stopping at the stop sign and T-boned the northbound Escape.

The force of the impact spun both vehicles around and caused the Escape to tip onto its side before it crashed to the ground where it came to rest in an upright position with the front-end blocking the sidewalk.

The Fusion driver told police that “she did not see the stop sign for westbound traffic and continued through,” Mickelson said.

A resident that lives a few yards from where the crash occurred told St. George News that “no one stops at that stop sign,” referring to the sign located on 200 South, adding that he has seen many “close calls and crashes as cars from all directions just go right through without stopping.”

The drivers were properly restrained at the time of the crash, and multiple airbags deployed in both vehicles.

The driver of the Fusion was cited for failing to stop at a stop sign, and both vehicles were destroyed in the crash and subsequently towed from the scene. 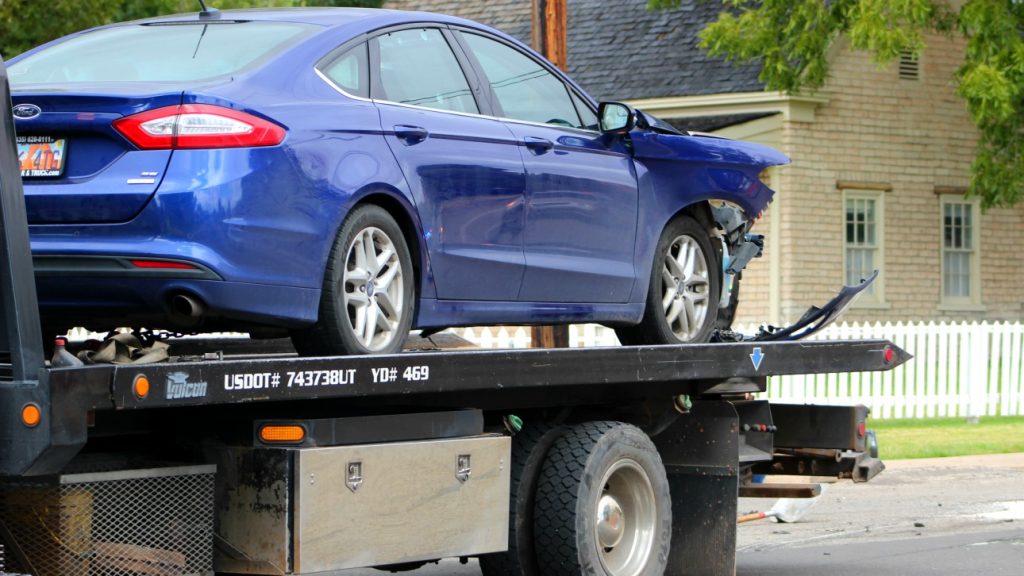 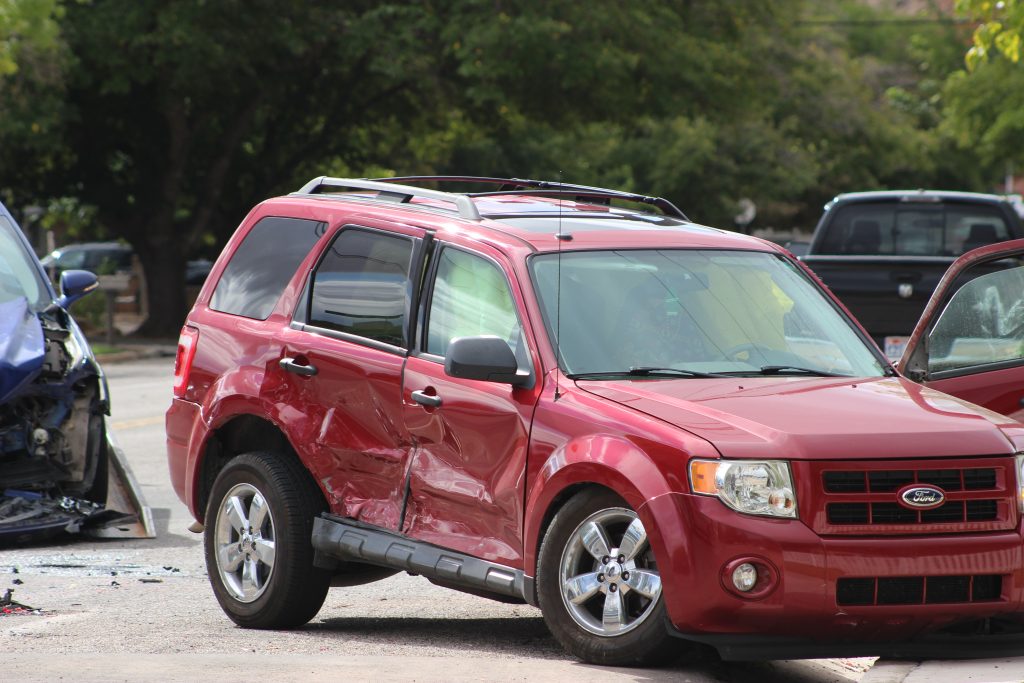 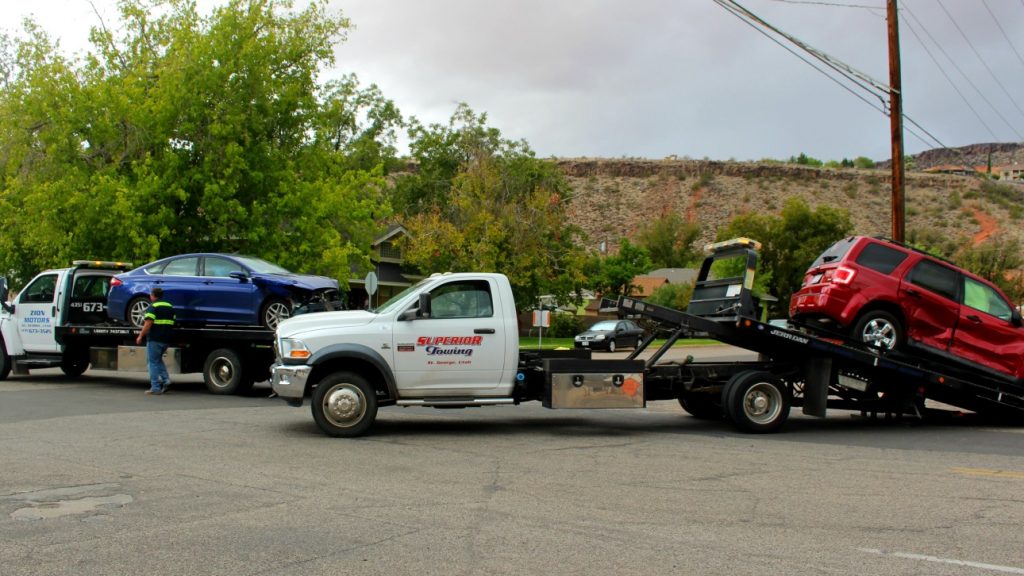 The Ford Fusion and the Ford Escape are both towed from the roadway after T-bone crash on West 200 South, St. George, Utah, Oct. 11, 2018 | Photo by Cody Blowers, St. George News 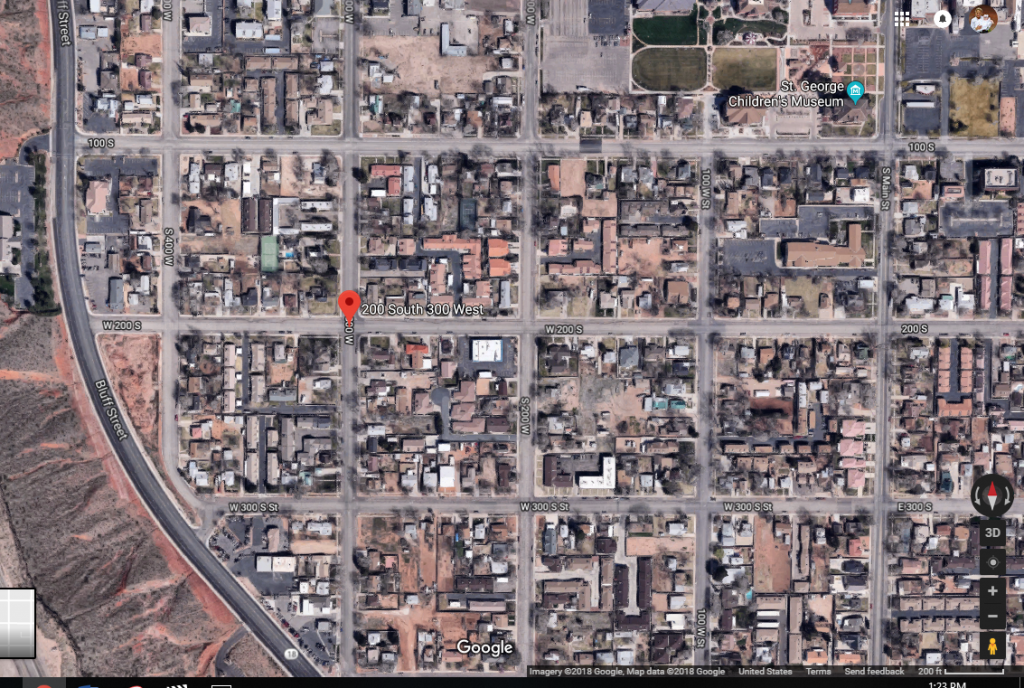 Car lands 200 feet away during 4-vehicle crash on Bluff