View facing north on River Road where a Mustang went off the roadway and crashed into a tree after the driver fell asleep, St. George, Utah, Oct. 5, 2018 | Photo by Cody Blowers, St. George News

ST. GEORGE — A driver was transported to the hospital after his vehicle missed a turn and went fishtailing into a tree off River Road early Friday morning.

Shortly before 7 a.m. officers and emergency personnel were dispatched to a single-vehicle crash with possible injuries on River Road involving a black Ford Mustang.

Officers responded and after a search were able to locate the vehicle several yards off the road and partially hidden under a large tree just south of the Brigham Road intersection. They also found a conscious, injured driver who was transported to Dixie Regional Medical Center for evaluation and treatment, St. George Police officer Tiffany Atkin said.

The driver told police that just before the crash, he was heading south on River Road when he fell asleep, Atkin said.

The driver failed to negotiate an approaching curve in the road and instead continued on a straight path. The Mustang jumped the curb and began to skid sideways along the gravel until the vehicle collided with the tree and spun around before finally being stopped by rocks, Atkin said.

The crash ripped the front bumper from the Mustang, which was later towed from the roadway. Further details on the nature and severity of the driver’s injuries were not available as of publication of this report. 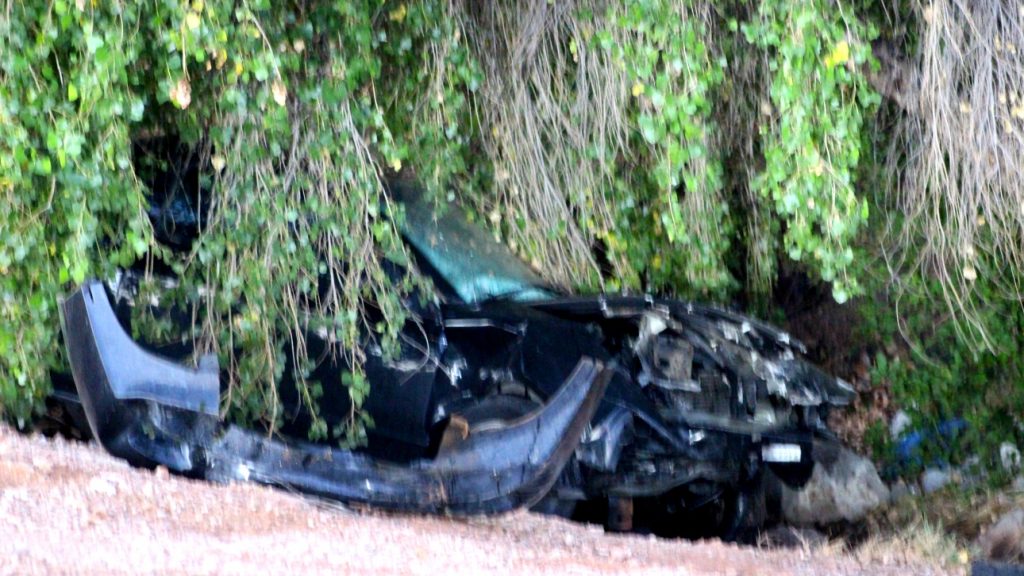 A Mustang is hidden behind foliage of a tree after it crashes off River Road, St. George, Utah, Oct. 5, 2018 | Photo by Cody Blowers, St. George News

A Mustang is hidden behind the foliage of a tree after it crashes off River Road, St. George, Utah, Oct. 5, 2018 | Photo by Cody Blowers, St. George News 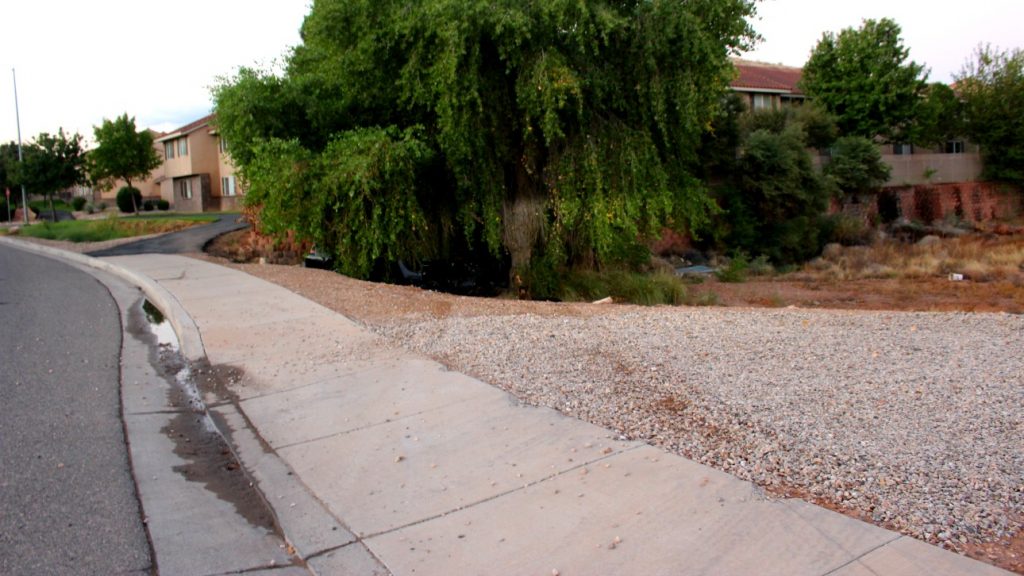 Officers search for a Mustang that is hidden from the roadway after a single-vehicle crash on River Road St. George, Utah, Oct. 5, 2018 | Photo by Cody Blowers, St. George News 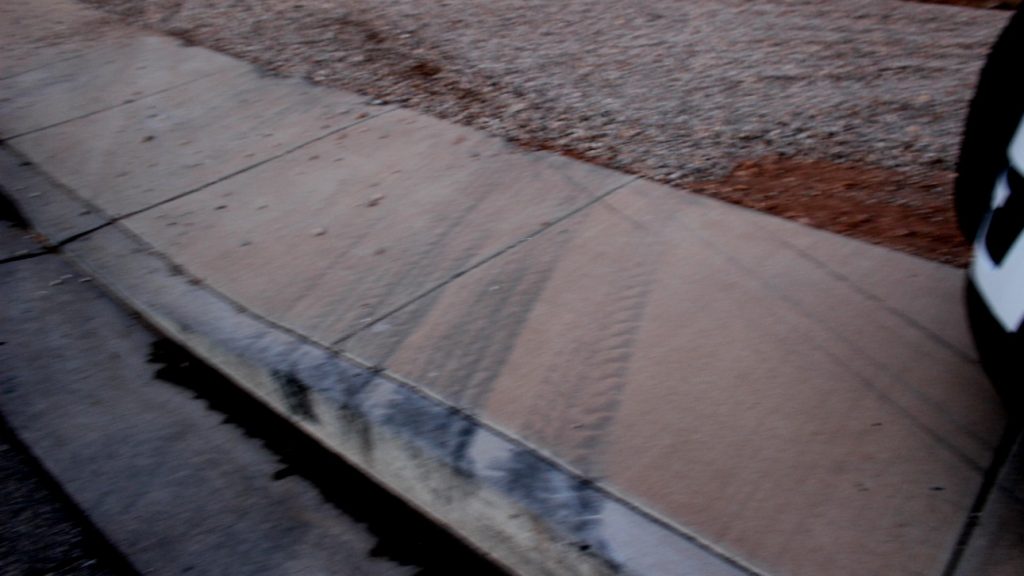 Skid marks on the sidewalk depict the location where the Mustang jumped the curb and crashed into a tree off River Road, St. George, Utah, Oct. 5, 2018 | Photo by Cody Blowers, St. George News 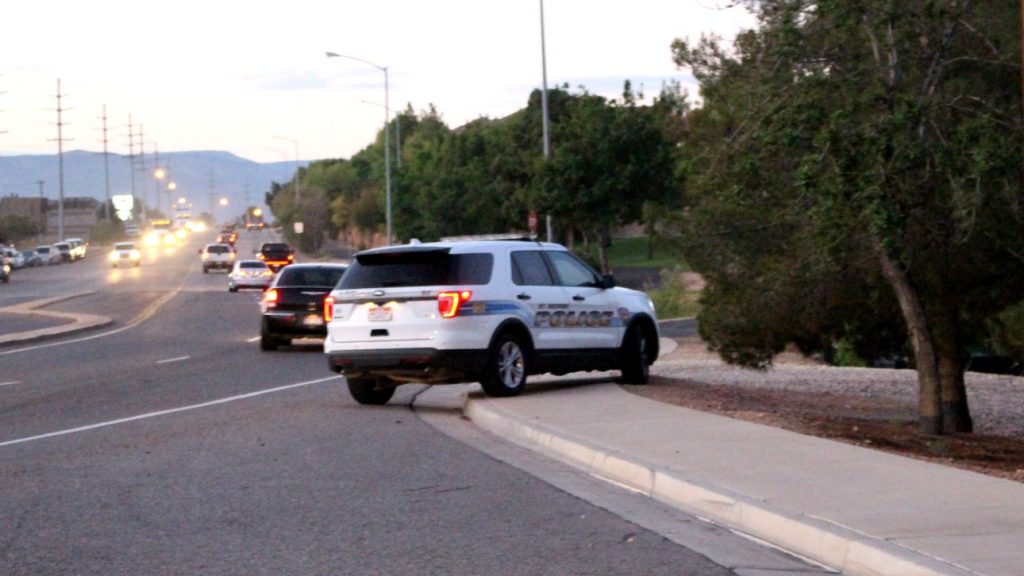