Multiple agencies respond to a single-vehicle incident on the overpass of I-15 near Exit 2, St. George, Utah, Oct. 5, 2018 | Photo by Cody Blowers, St. George News

ST. GEORGE — A driver suffering from a medical episode drifted into oncoming traffic near the Exit 2 on-ramp of Interstate 15 before the vehicle became lodged in the rocks, where officers found it minutes later with an incoherent driver who was transported to the hospital.

At 12:15 p.m. officers, firefighters and paramedics responded to the single-vehicle incident involving a silver Chevrolet passenger car that was lodged upon a traffic island just east of the overpass.

Officers found the driver locked inside the vehicle. She appeared incoherent, and after attempts to communicate with her failed, officers broke the side window to gain entry, St. George Police officer Cody Adams said.

“She seemed pretty dazed and not really coherent, so we had to break the window to get in there and render her aid,” Adams said.

The driver was southbound on I-15 when she took Exit 2. As the car traveled east across the overpass toward Southern Parkway, she suffered “some type of medical issue” and the car began drifting into oncoming traffic lanes, Adams said.

The vehicle then jumped the curb, took out some brush and became lodged on the traffic island.

A motorist heading west on Southern Parkway “saw the whole thing, and then he called it in,” Adams said.

The driver was properly restrained and uninjured in the incident, and was transported to Dixie Regional Medical Center in stable condition.

No citations were issued.

“Thankfully, nobody struck the woman as her vehicle drifted across those lanes,” Adams said. 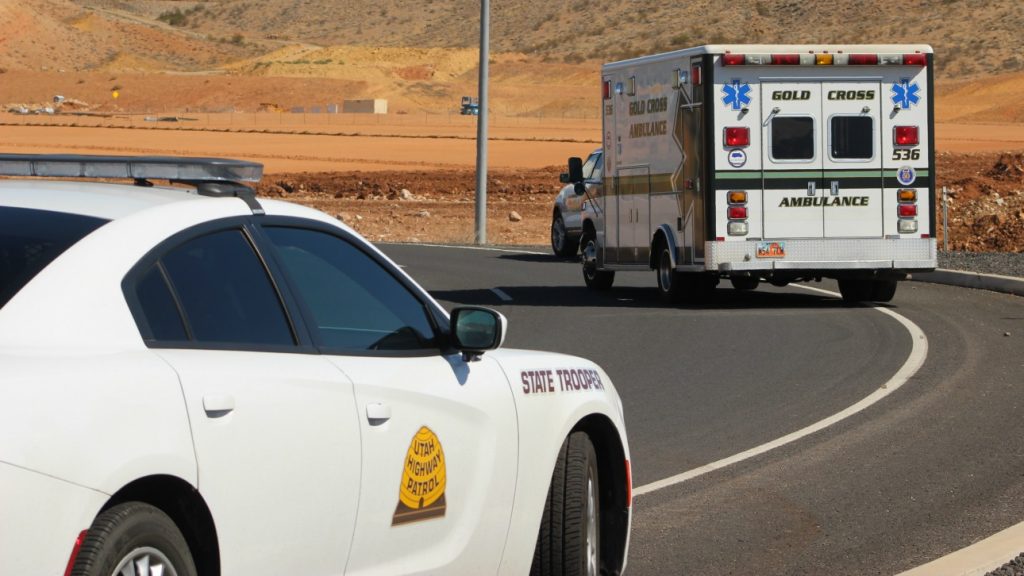 Gold Cross Ambulance transports the driver after a single-vehicle incident is triggered by a medical issue near the Exit 2 on-ramp of I-15 northbound, St. George, Utah, Oct. 5, 2018 | Photo by Cody Blowers, St. George News 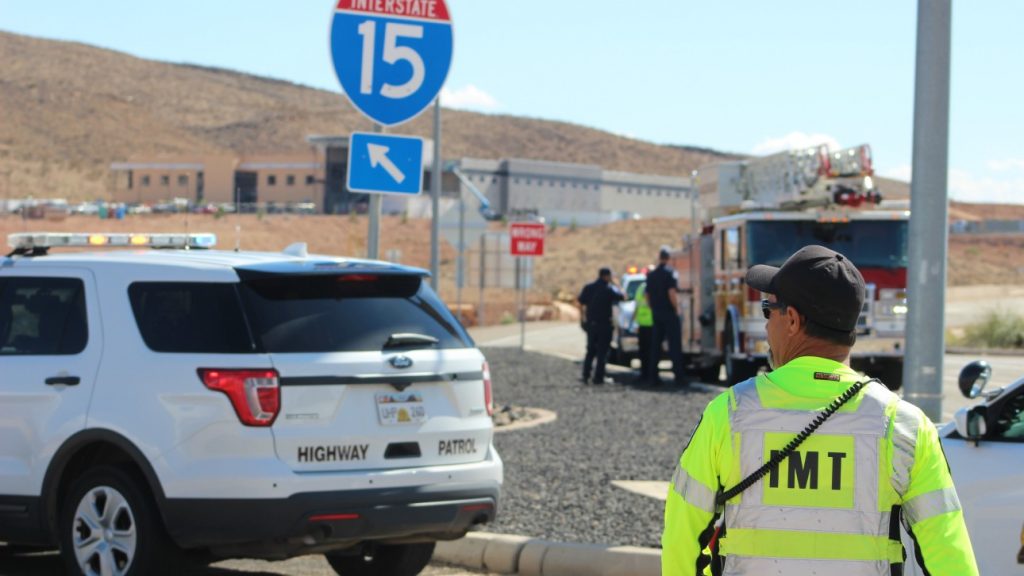 Multiple agencies respond to a single-vehicle incident on the overpass of I-15 near Exit 2, St. George, Utah, Oct. 5, 2018 | Photo by Cody Blowers, St. George News 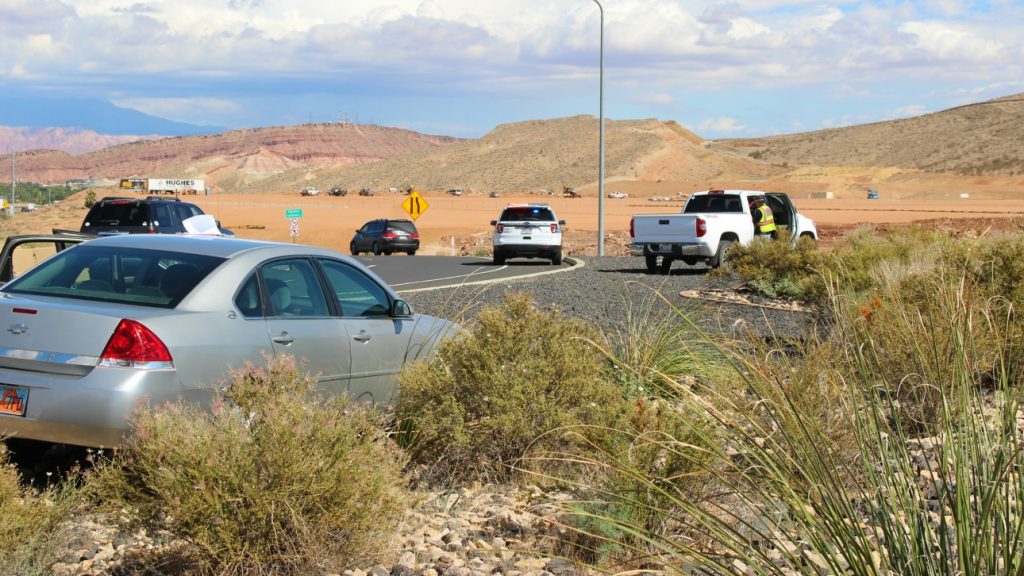 View facing north where Chevrolet became lodged on the traffic island next to the on-ramp of I-15 when driver suffered medical issue, St. George, Utah, Oct. 5, 2018 | Photo by Cody Blowers, St. George News

Car veers off I-15, slides 35 feet down into ravine

Police: Driver doesn't check blind spot, overcorrects and crashes off side of I-15