Admission is free, but vendors will have a variety of goods available for purchase including food, drinks, arts, crafts and merchandise.

“We invite the community to come enjoy an evening of music and fun in the heart of downtown Cedar City,” said Cedar Music Fest Assistant Director Jessica Burr. “While you are there, be sure to check out some of the art and culture in the area. You just might be surprised at what you find.” 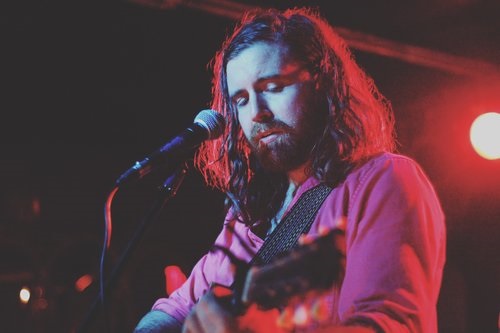 Bryan John Appleby, scheduled to perform at the inaugural Cedar Music Fest in downtown Cedar City, Utah, Sept. 15, 2018 | Photo courtesy of SUU Community Education, St. George News / Cedar City NewsBryan John Appleby is a singer, songwriter and composer from Seattle. Following the release of his 2011 debut album “Fire on the Vine,” he and his band spent time touring with The Head and the Heart’s national tour. His latest album, “The Narrow Valley,” was released in 2015.

“‘The Narrow Valley feels like an escape from everything else that currently constitutes the Seattle sound,” according to a review of the album by Seattle Met. “It’s a detour caused by zoning out on a drive down the Pacific Coast and missing an exit or two, but just deciding to go where the road takes you. The unexpected destination may not have the smoothest roadways, but damn, the scenery is gorgeous.”

Tomten, a trio also from Seattle, released their first album, “Wednesday’s Children,” in 2012 and has played in several Pacific Northwest music festivals, including Bumbershoot 2011. Their music is described as baroque pop.

“With a supremely catchy, well-paced set that already sounds like a greatest hits collection, Tomten has the song craft worthy of their chosen tradition,” according to Seattle Weekly.

Kinetic band members Aaron Strawser, Nate Strawser and Tyler Farling are from Indiana and have played music together for several years. Farling now lives in Cedar City, and combined with drummer Landry Watson, the band released a five-song album titled “Where We

Left Off,” showcasing their indie-rock sound.

“‘Listen’ is an especially sweet and sad song with a lovely falsetto at the end,” according to a review in Boise Weekly. “’In Between’ uses a marching band beat under Radiohead-esque notes to convey a somber mood.”

Saturday’s Cedar Music Fest marks the first of what organizers hope will become a regular event held as many as four times per year.

The event is a designed to serve as a cultural reflection of the Cedar City community and to increase patronage at downtown businesses. Additionally, the event includes components dedicated to to promoting  local artists and performers, drawing tourism and bringing added culture to the community. Cedar Music Fest is committed to providing an outdoor nightlife option for local residents and tourists.