ST. GEORGE — A team of caring veterinarians and other helpful people have come to the rescue of a stray dog that was found Sunday with a gunshot to its face in rural Washington County.

The approximately 2- to 3-year-old female black Labrador was found bleeding on the side of the road in Pintura and was brought to St. George by an unidentified Good Samaritan for treatment.

The dog arrived at Southwest Animal Emergency clinic and was put on pain medication. An X-ray revealed that her lower jaw was fractured by a bullet.

“My initial concern was to treat her. She was bleeding pretty good and in pain,” Amy Murdock, a veterinarian at the clinic, told St. George News.

After treating the dog, Murdock called law enforcement for direction on how to handle the situation.

“I tried calling St. George Animal Control, and they said it was out of their jurisdiction,” she said. “So, I called the sheriff’s department and spoke with a deputy that said that they didn’t want to get involved because they weren’t the ones to find the dog, so it wasn’t their responsibility.”

Authorities said the dog could be brought to the shelter in LaVerkin, but Murdock said she wasn’t stable enough to be released from care.

As of Friday evening, Washington County Sheriff’s Office could not be reached by St. George News for comment about how it typically deals with incidents involving stray animals.

The dog has since been placed in the temporary care of Liana Cooper, an office manager at Southwest Animal Emergency.

Cooper describes the lab as a “happy, good dog” that is well trained and has obviously had lots of interaction with people.

“She’s really smart,” Cooper said. “She knows all of her commands and she gets along with my dog.”

The dog underwent surgery Thursday at Red Hills Animal Hospital in St. George in order to remove bone and bullet fragments from her jaw.

“Everything went really well,” Cooper said, noting that the dog isn’t having any complications as a result of the surgery and is able to eat soft food and drink water with little issue.

Based on the bullet fragments recovered during surgery, Cooper said the dog was likely shot with a .22-caliber rifle.

Cooper has been trying to locate the dog’s owner through social media and on-the-ground efforts, but so far, no one has claimed the dog.

“I went out to where she was found and knocked on all the doors in Pintura that I could,” Cooper said. “No one knew whose dog it was.”

Murdock said the dog is lucky to have Cooper caring for her.

“She has done an amazing job,” Murdock said of Cooper. “She has been spearheading her care as well as making sure she got the surgery to remove the bullet fragments.”

Cooper, who also works as a veterinary technician at Red Hills Animal Hospital, has paid for some of the dog’s care with assistance from a “Pet Samaritan” donation fund at Southwest Emergency Clinic and a GoFundMe drive.

Between the two donation sources, about $900 was raised to cover the costs of surgery, but Cooper said additional donations to the GoFundMe drive would be helpful to pay for additional outstanding medical bills and follow-up care. 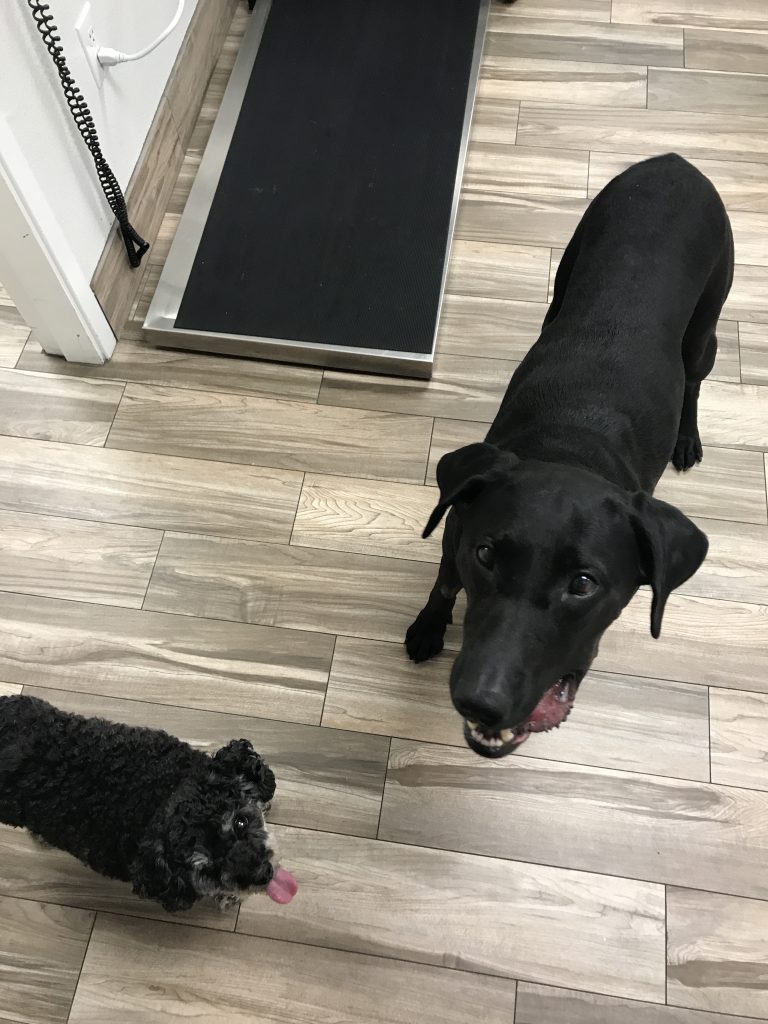 A stray black Labrador mingles with another dog after undergoing surgery for a gunshot wound to its face, date and location not specified | Photo courtesy of Liana Cooper, St. George News 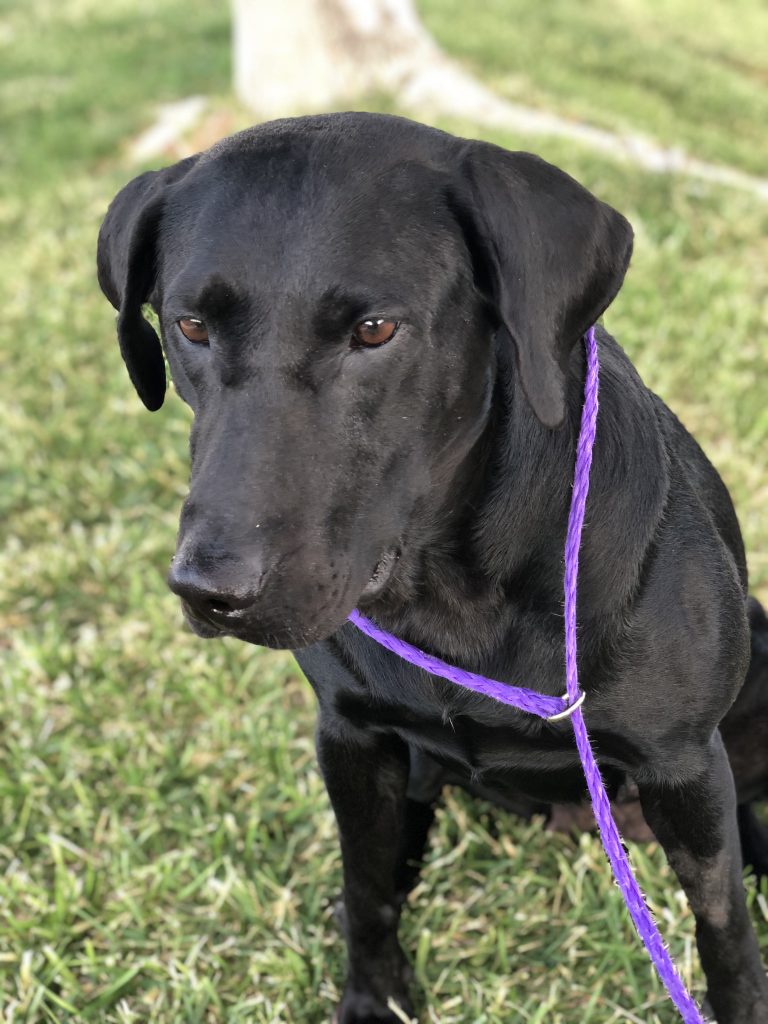 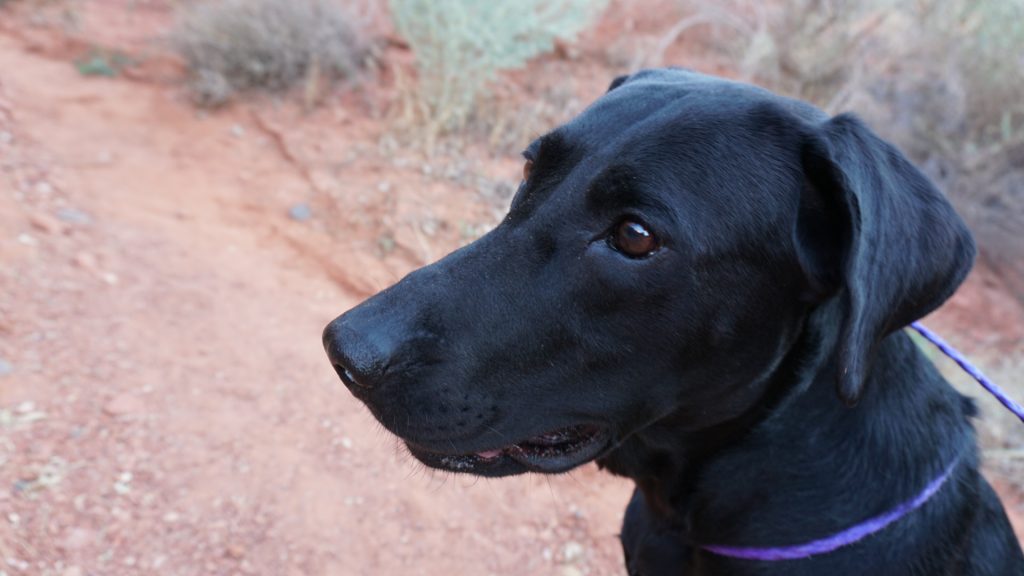 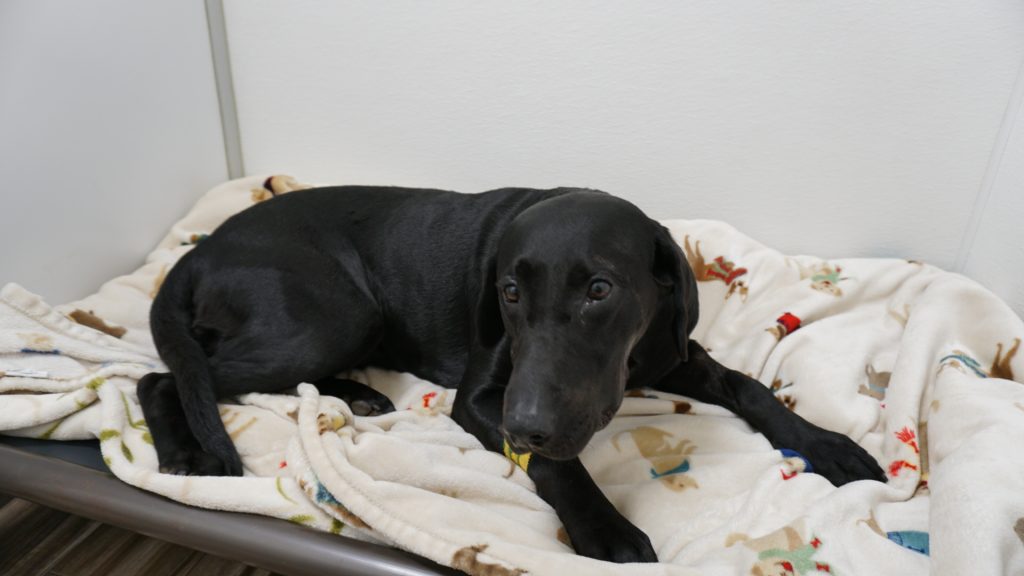 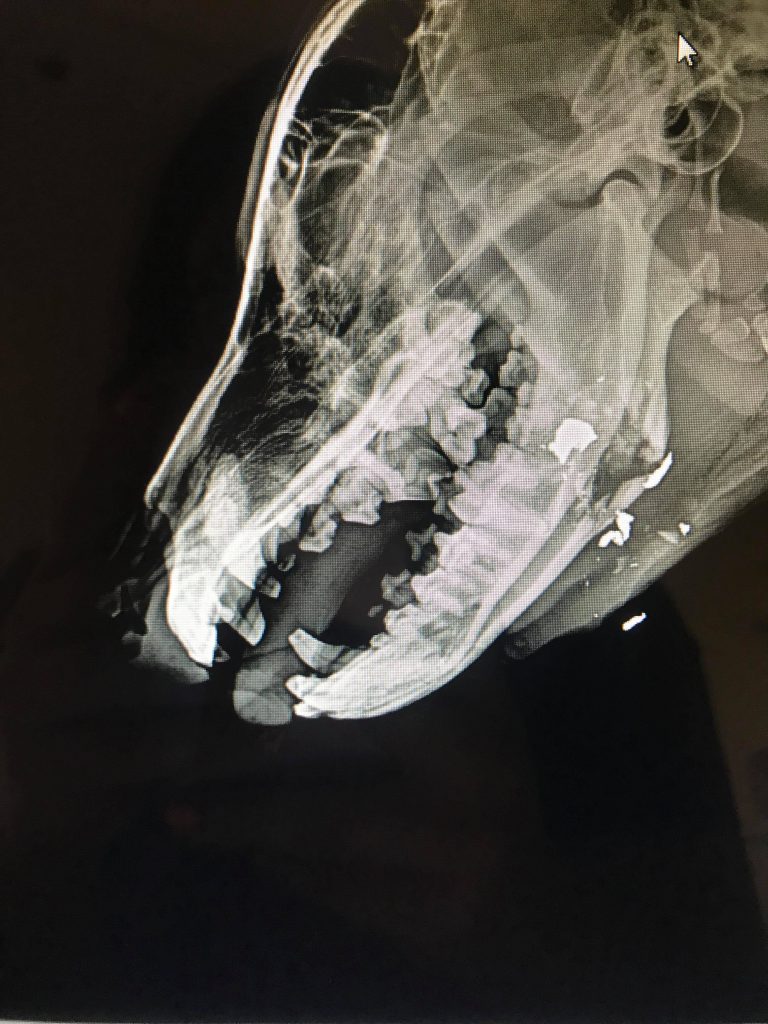 An X-ray shows a fractured jaw resulting from a gunshot wound to the face of a stray dog | Image courtesy of Liana Cooper, St. George News 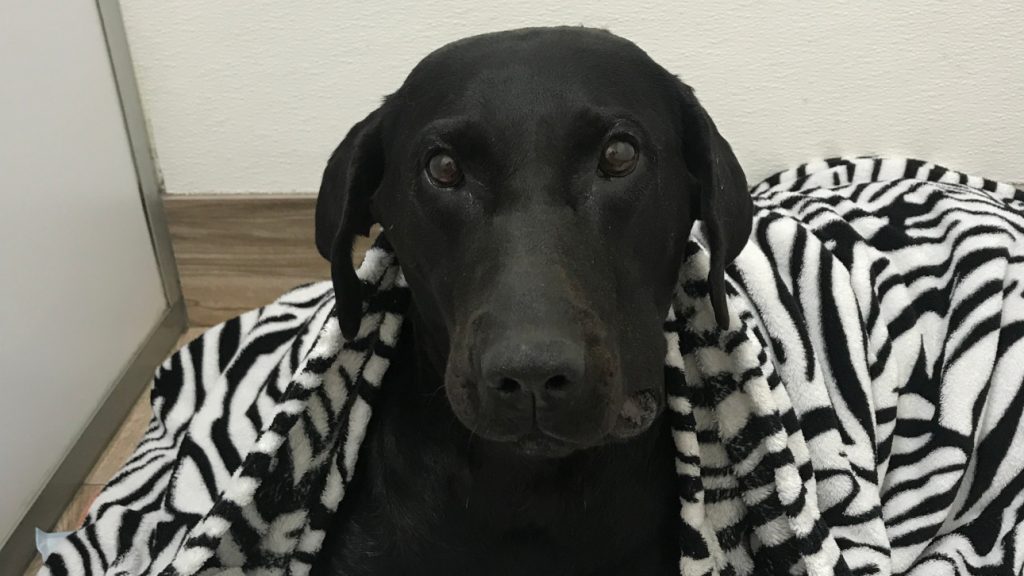 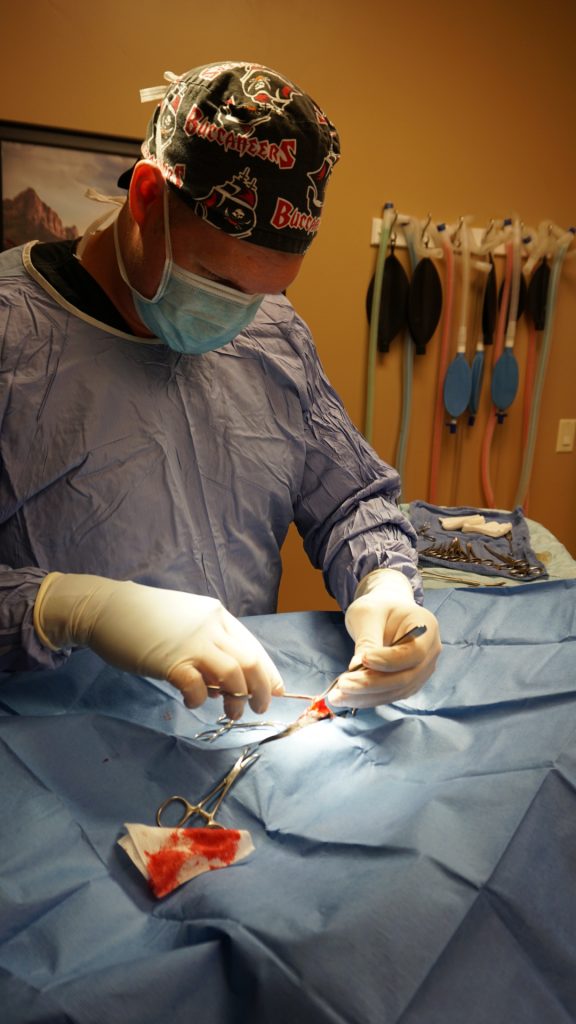