Ben Lott stands in front of the climbing wall at Lott Ranch, a homemade theme park and campsite he built on his property in Leeds, Utah, Aug. 20, 2018 | Photo by Spencer Ricks, St. George News

LEEDS — With a vision to bring joy to others, Ben “Coach” Lott converted his Leeds property into a homemade theme park and campground. Now, 16 years later, it’s at risk of being sold and shut down.

Lott Ranch, located at 411 Buckeye Reef Road in Leeds, has zip lines, a climbing wall, a museum, a wooden castle, an archery range and treehouses. Lott, a retired man in his late 70s who lives on the property, has never asked visitors to pay an admission price for the park, and other than a few donations left by a few visitors, nearly everything has been funded by Lott’s savings account.

“Over the years, I’ve used all my savings to put into the place,” he said. “If I keep going at the rate I’m going, I won’t be able to keep myself going for more than a couple of years from now.”

A GoFundMe campaign was started for Lott by some of his close friends in St. George to help him cover some of the expenses of running the camp. In six days, it’s raised nearly $3,000 out of a $315,000 goal.

Managing the GoFundMe campaign has since been passed on to Lott’s children, but the campaign organizers wrote on the campaign explanation about how they are “desperately trying” to help Lott out of his financial troubles, “as he would do the same, if not much more, for us.”

We have all been served by Ben’s kindness, charity, unconditional love for everyone, selflessness and generosity, among many other honorable attributes. He has served and given generously to everyone he knows without expectation of return or even thanks.

Before he retired, Lott said he worked an average of 96 hours a week as a swimming pool contractor. He was also athletic; Lott said he coached track at Pine View High School for over 20 years, and his daughter, Tiffany Lott-Hogan, competed in the 2004 Summer Olympics as a heptathlete.

Lott was injured in a T-bone car crash in 1989 and has suffered from chronic fatigue and other health issues throughout his life, he said. Despite his health, he wanted to turn his property in Leeds into a place that would bring smiles to his family and others who came to visit.

“I just wanted to do something that would bring joy to someone else, either to see or to do things with.”

The project started in 2002 with just a large sandbox before it exploded into the always-expanding homemade park that it is today. Platforms were nailed into the trees to serve as treehouses, and several buildings were erected on the property, including a museum full of historical items he found on the property, a convenience store to sell snacks and a climbing wall attached to a ropes course.

Lott also got creative when he built sit-in zip line rides and used an old diving board to build a slide. During the first few years, Lott Ranch mostly served as a place for local Boy Scout troops, but it has since grown into a place for families and all children.

“It’s been extremely rewarding because of the friends that I’ve met – to see the joy in their countenance as they come and watch the parents try to get their kids to leave after spending hours here.”

Since 2013, there have been 27 different Eagle Scout projects from local Boy Scouts to help restore attractions at the camp or build something new. Lott Ranch has served as a venue for scout camps, parties, weddings and family reunions. He said it takes several thousand dollars to maintain the property each month and there are two full-time employees who work there.

During a busy week in the summer, there are about 200-400 people who visit the camp each week. There have been visitors from all over the U.S. and even all over the world, Lott said. He keeps a flag for each of the 25 countries represented by visitors to Lott Ranch in the last several years.

Nearly every review online raves about his kindness and the camp’s charm, with one social media user calling Lott Ranch “such a delightful place for families (that) stems from Ben Lott’s generous and playful spirit.”

“I’ve kept a quite a bit of the ‘thank you’ notes visitors have left me or tacked on my door,” he said. “They all talk about coming here for the serenity, the love, the peace and the support that they feel here.”

Lott Ranch has served as a springboard for Lott to help community members in need. Although Lott couldn’t think of any examples of people taking advantage of his kindness, he did say it could have happened, but he hasn’t dwelt on any particular instance “even for a second on what other people have done after I’ve helped them.”

“He’s one of the nicest, most generous men I’ve ever met,” said Trisha Houser, one of the organizers of the GoFundMe campaign.

Throughout the years, Lott said he has hired workers out of Switchpoint Community Resource Center, a shelter for homeless people in St. George. Because the workers at Switchpoint didn’t have cars, Lott would make the nearly 30-minute drive each way to give them transportation to and from work. He said he hired people from Switchpoint because “those were the people that needed it most.”

Lott has allowed people to live on his property “for days or for a lot of days” when they didn’t have another place to live. There was one time Lott even gave a car to a family whose father was unemployed.

“That was a blessing for them because he was able to drive to find a job and get back to work,” Lott said.

Being an active member of The Church of Jesus Christ of Latter-day Saints and constantly being on the lookout for opportunities to help others are some of the reasons that drive Lott to serve others, he said.

“Always looking for ways to serve others is what the good Lord intended for us.”

Questions for the future

As Lott’s savings account has been drained from years of operating Lott Ranch and helping others without expecting to be repaid, the future of Lott Ranch is uncertain. Lott said his children, who mostly live in northern Utah now, are encouraging him to sell the property and enjoy the rest of his retirement.

“They are concerned about my health and me being alone, so they all want me to come up and stay with them.”

Lott is also concerned for his health, he said, because of how tired he has been during the last summer. However, he still wants to keep the camp going as long as he can. If he were to sell the property, Lott said he hopes whoever buys it will continue the legacy of the camp and maintain the park, but that isn’t a deal-breaker at this point.

If Lott Ranch were to close down and be sold, Houser said the community would miss it.

“He’s like a grandpa for my kids, so we always go out and visit, but I know a lot of people love it there. It’d be a big loss to the community and the state to have it shut down.”

The outpouring of support from members in the community who’ve donated to the GoFundMe campaign has surprised Lott, he said. All of the love and generosity from people to help him out has brought him to tears.

Lott has 21 real grandchildren, but he said he has about 5,000 adopted grandchildren who call him “grandpa Ben Lott” when they’ve visited Lott Ranch.

“I’m grateful for everyone that comes to enlighten my life through their smiles, their waves, their hugs and being adopted into their families,” he said. “It’s unreal, the love I’ve felt.” 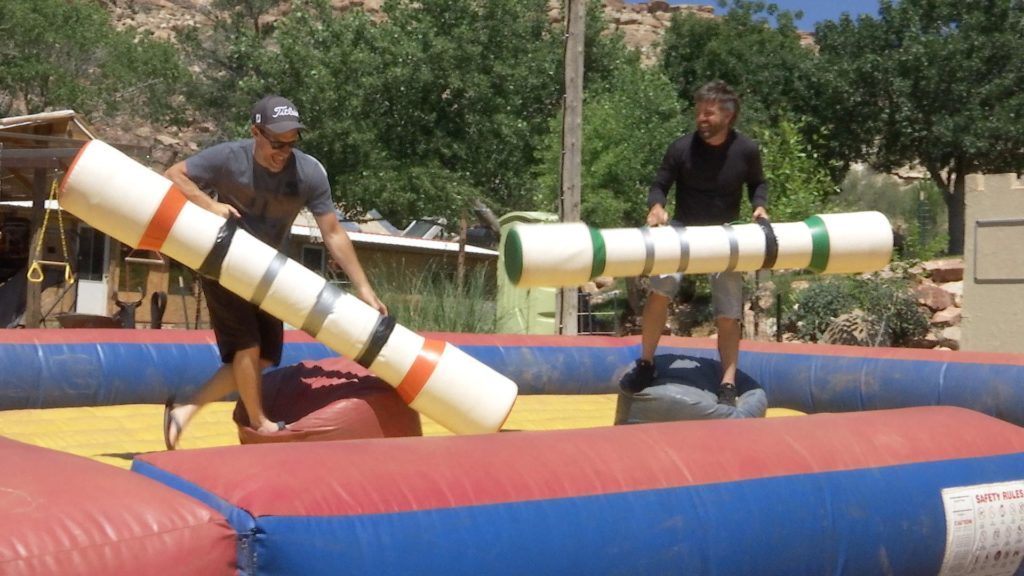 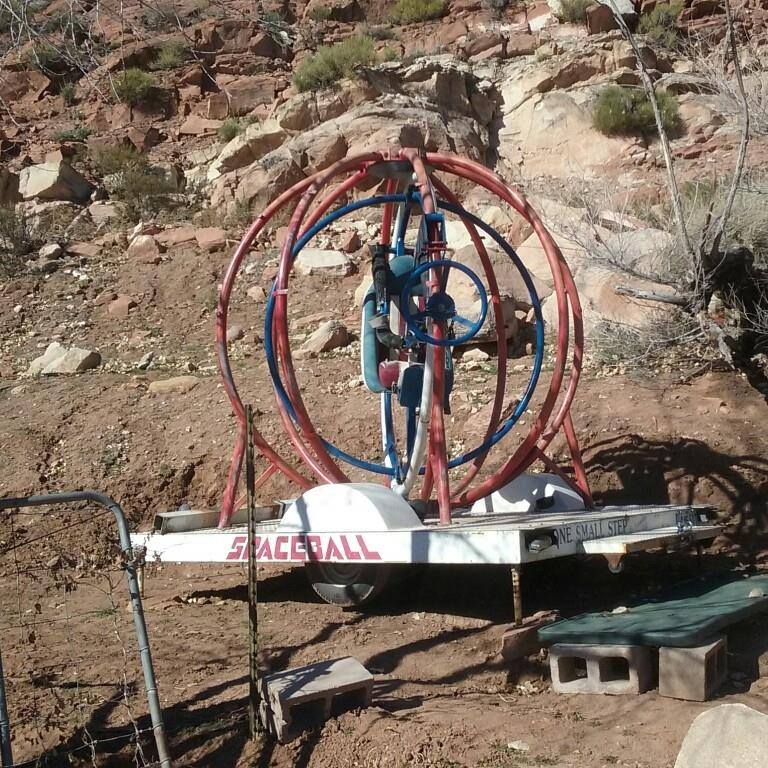 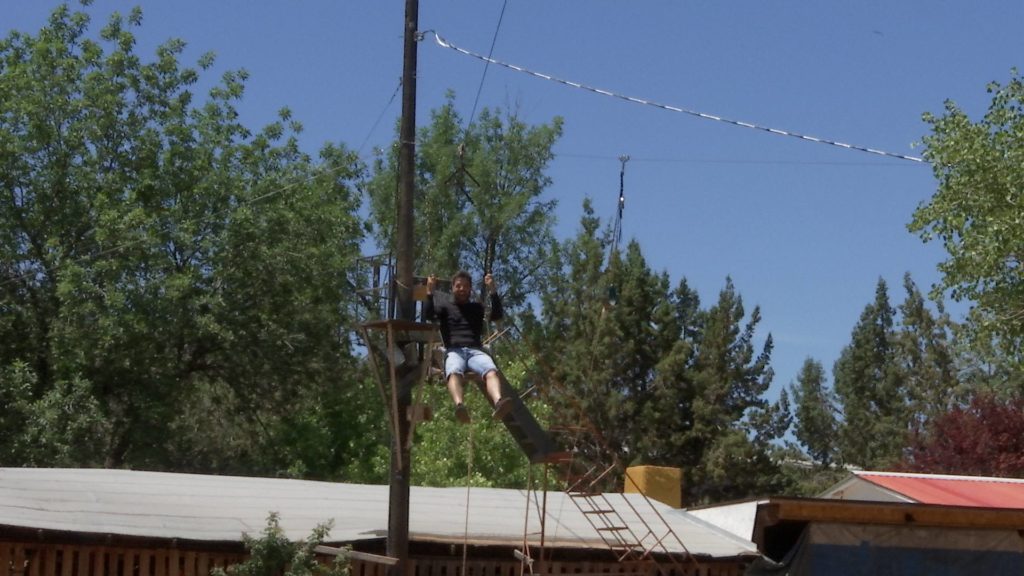 A file photo shows a man gliding down one of the zip lines at Lott Ranch in Leeds, Utah, June 2, 2016 | Photo by Sheldon Demke, St. George News 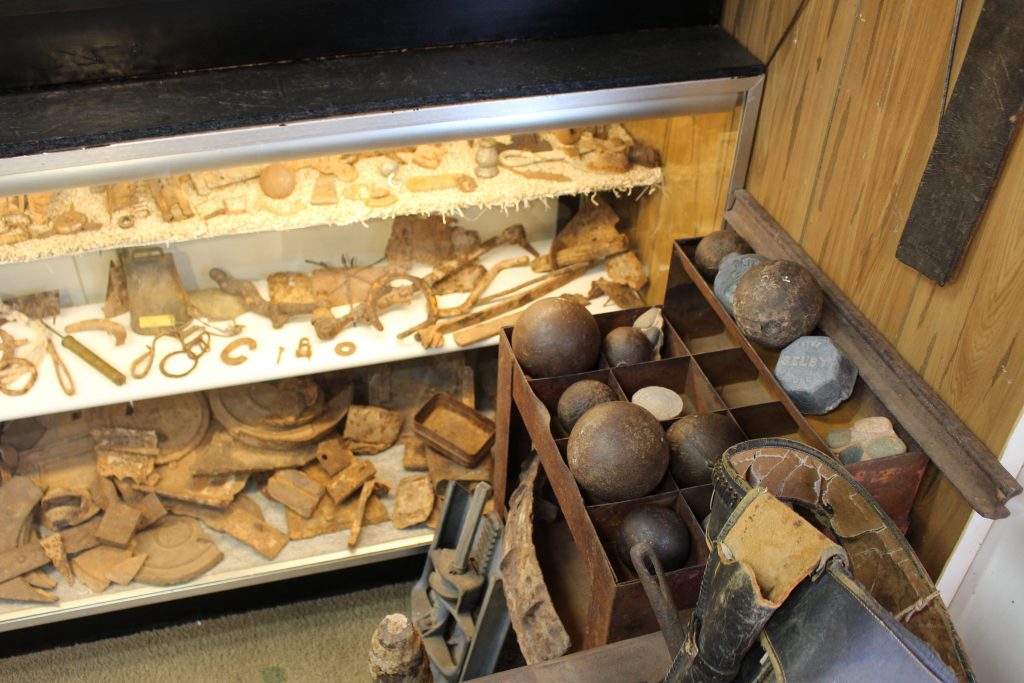 Old cannonballs that were found on Ben Lott's property are displayed at the museum at Lott Ranch in Leeds, Utah, Aug. 20, 2018 | Photo by Spencer Ricks, St. George News 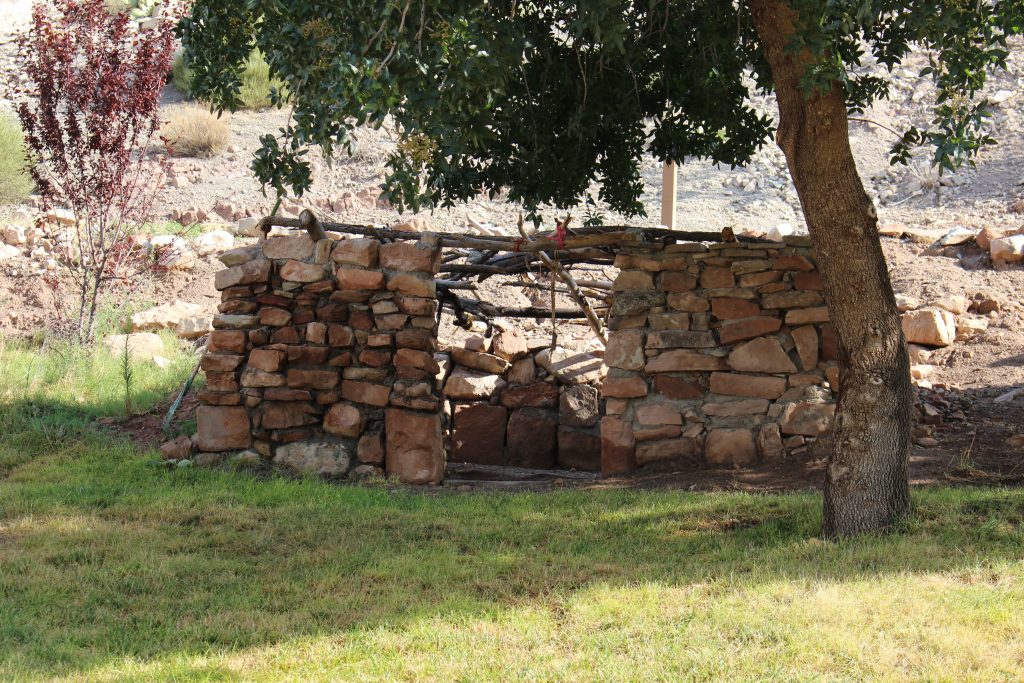 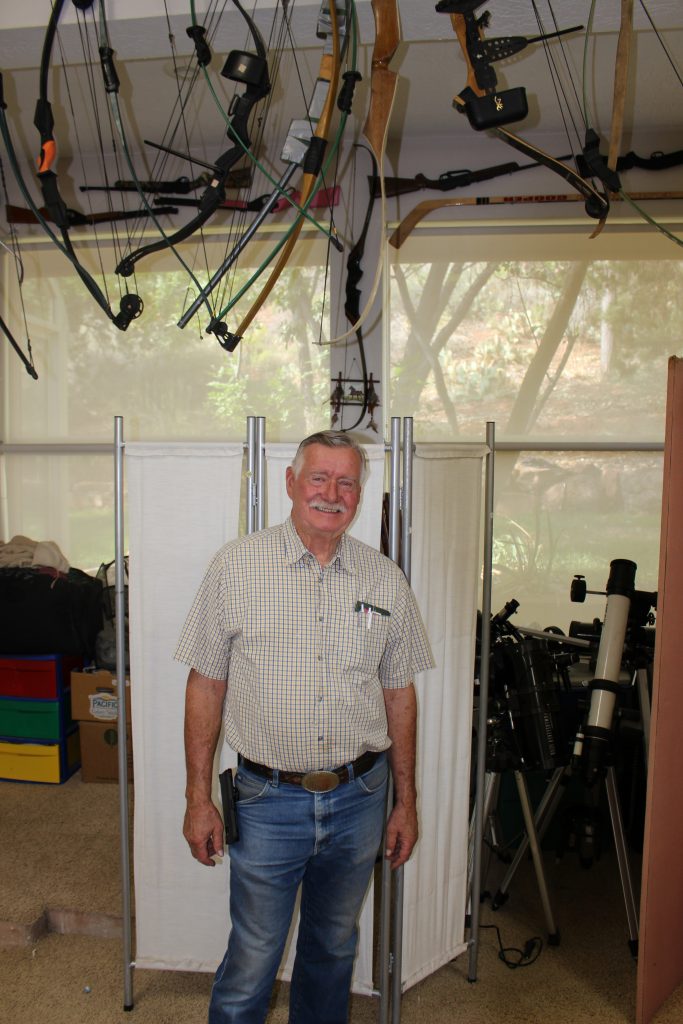 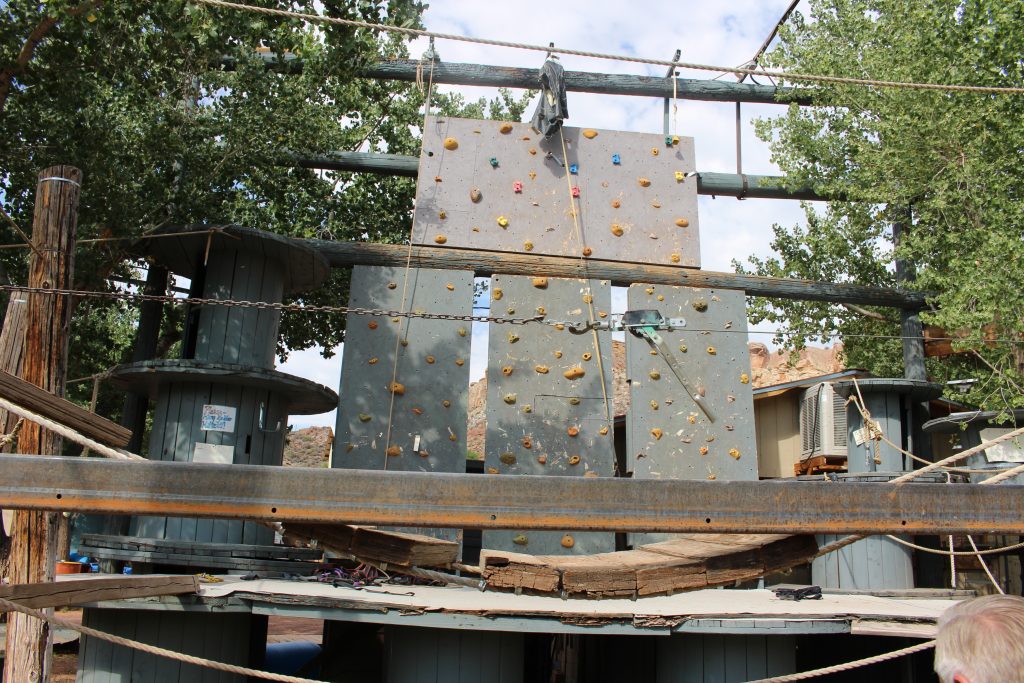 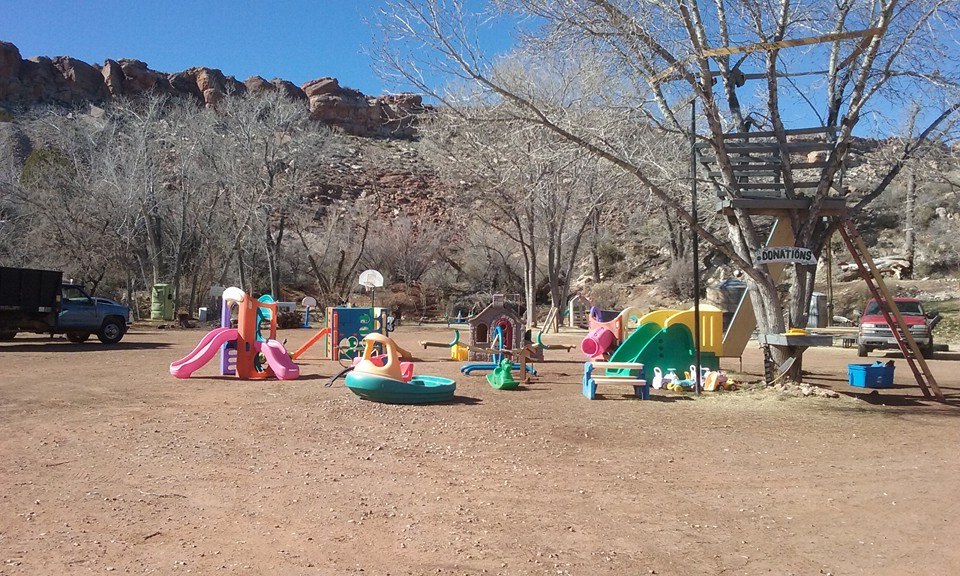 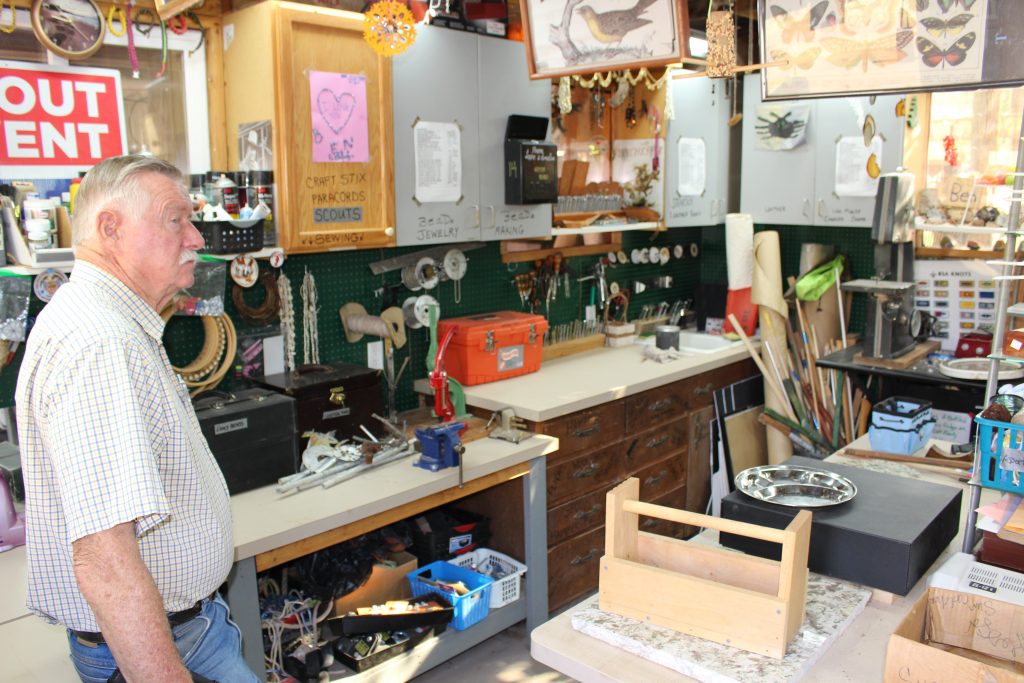 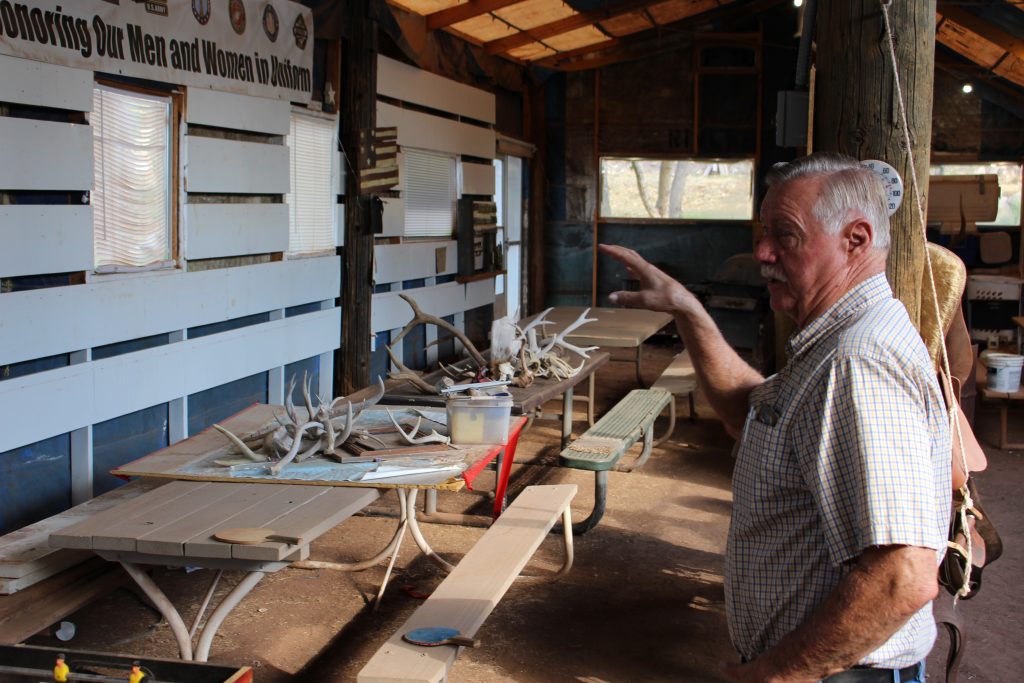 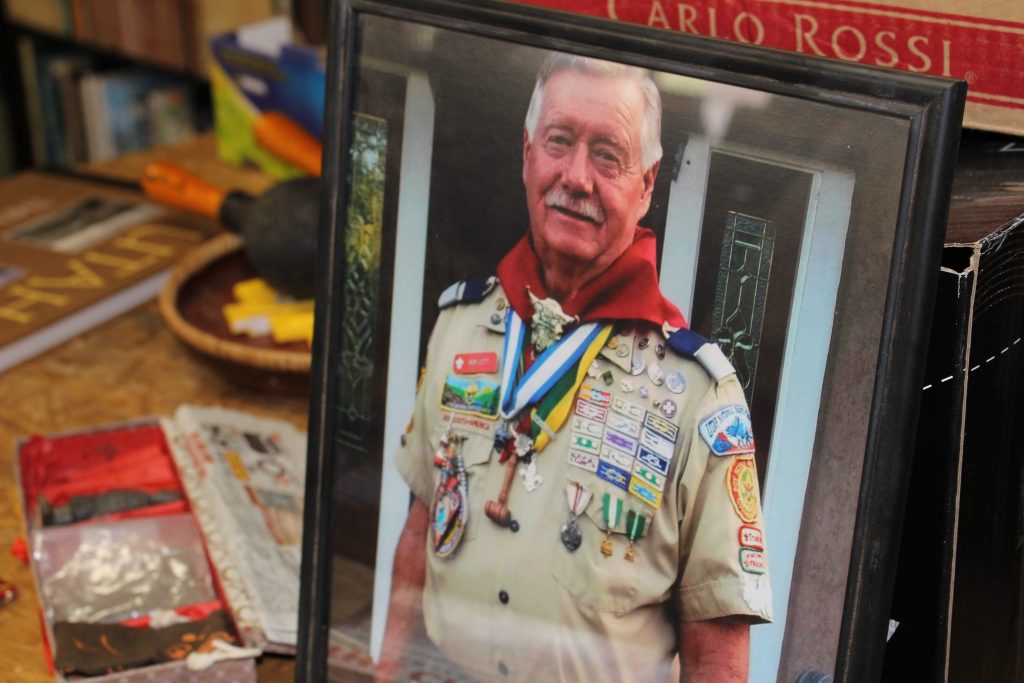 A picture of Ben Lott in his scouting uniform is displayed within the museum at Lott Ranch in Leeds, Utah, Aug. 20, 2018 | Photo by Spencer Ricks, St. George News 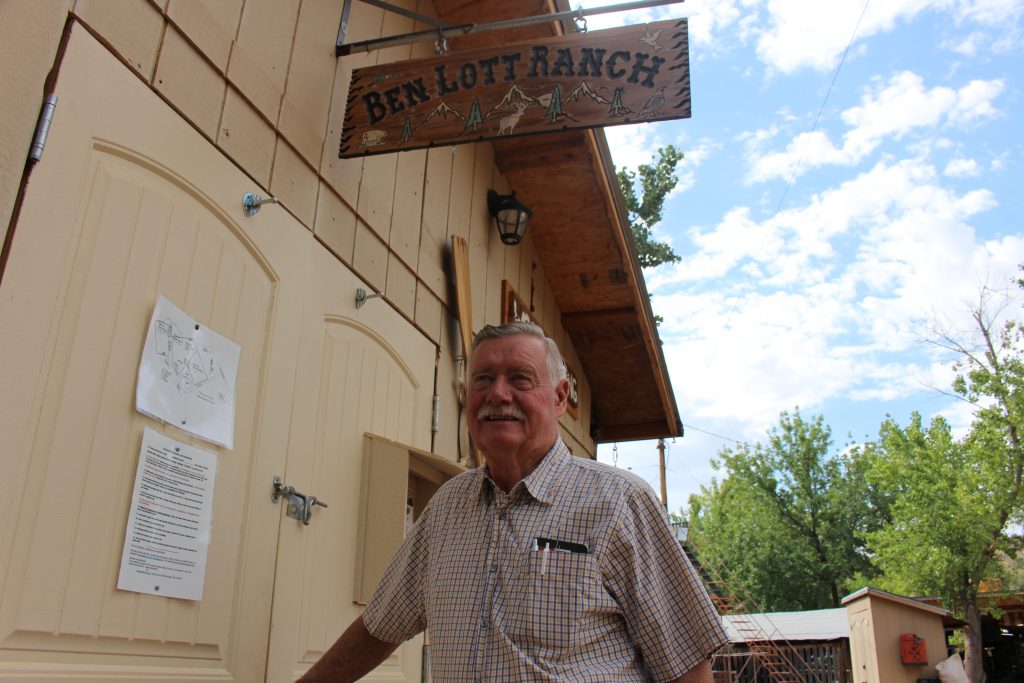 Ben Lott stands in front of one of the buildings at Lott Ranch, a homemade theme park and campsite he built on his property in Leeds, Utah, Aug. 20, 2018 | Photo by Spencer Ricks, St. George News 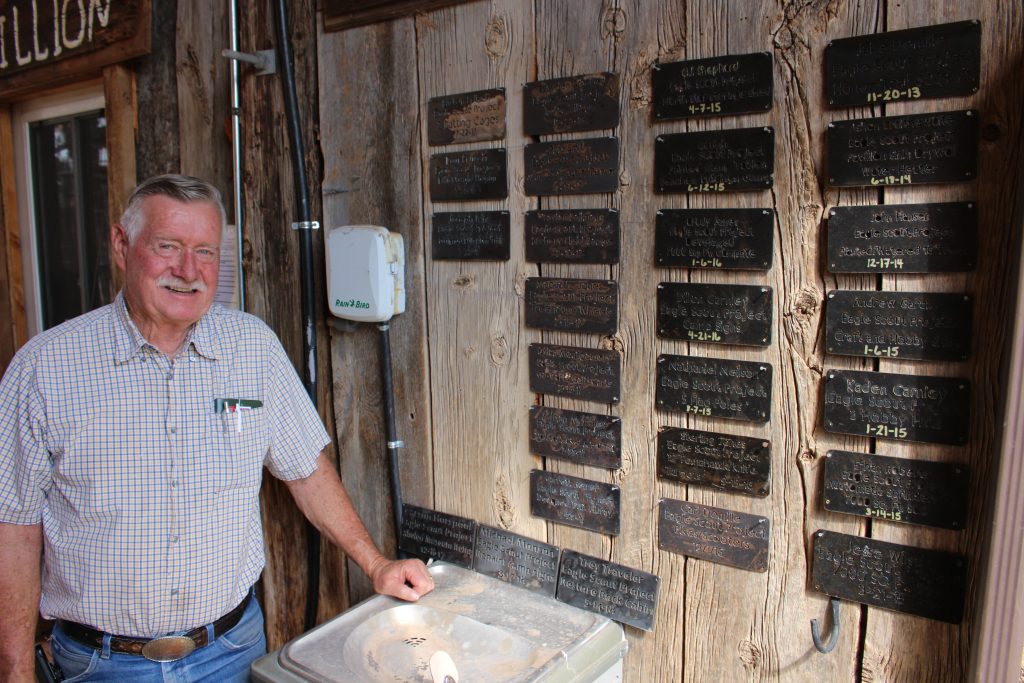 Ben Lott stands next to a wall displaying plaques for each Eagle Scout project done on his property since 2013, Leeds, Utah, Aug. 20, 2018 | Photo by Spencer Ricks, St. George News 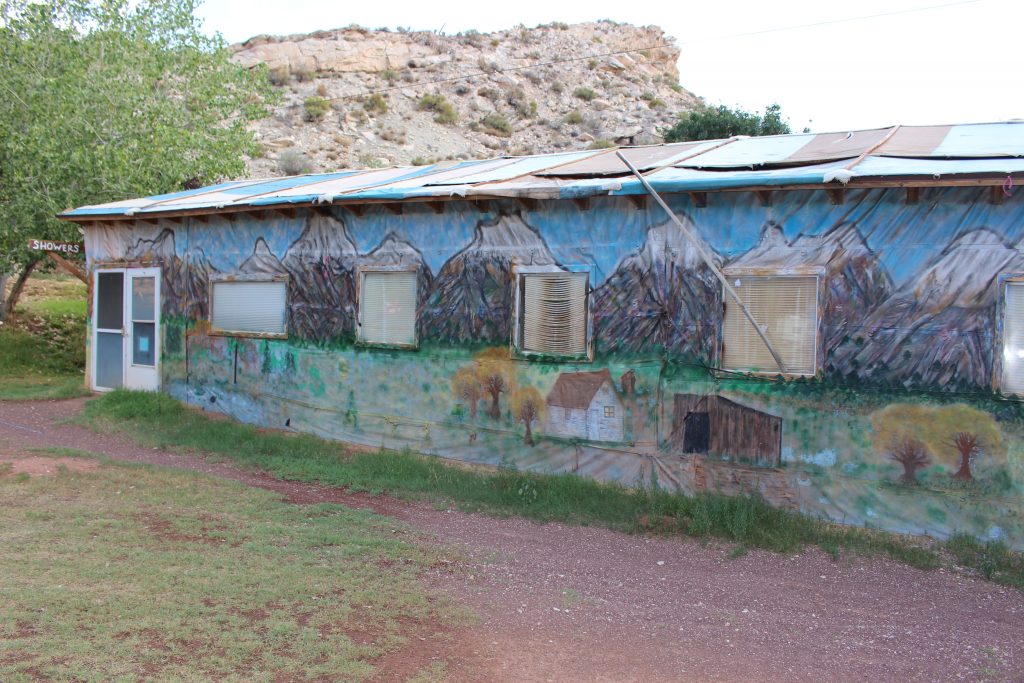 A building is painted with an image of the Idaho cabin Ben Lott was born in with the Teton Mountain Range in the background at Lott Ranch in Leeds, Utah, Aug. 20, 2018 | Photo by Spencer Ricks, St. George News 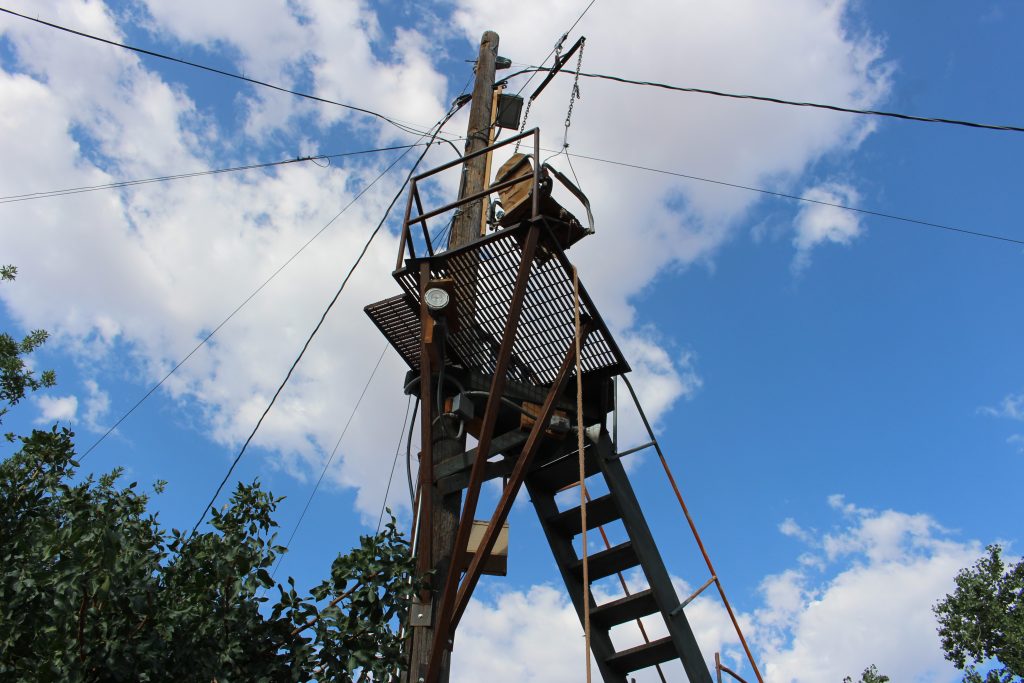 Stairs lead to the top of one of the zip lines at Lott Ranch, a homemade theme park and campsite built by Ben Lott in Leeds, Utah, Aug. 20, 2018 | Photo by Spencer Ricks, St. George News

No Filter: The Lott Ranch experience