The area was flooded July 13 when mud and silt washed down the street from Buena Vista Boulevard to Telegraph Road. Although the damage wasn’t as severe this time, at least one residence was inundated with 6 inches of water and mud.

“The city keeps saying they’re going to do something, but they haven’t,” an area resident said early Sunday morning as he surveyed the flooded front yard of his home on Main Street, which is closest to an underpass beneath Interstate 15 where water from the northern side was funneled down the street. Sandbags failed to hold back the deluge that washed into the muddy yard and home.

Chief Jim Keith of the Washington City Police Department said several homes along the street were flooded because they are situated below the road grade.

“We had a lot of streets closed briefly because of the sheer volume of water that came down in a short time,” he said. “Reports said we got around an inch in a 30-35 minute period.”

He said there were no personal injuries.

A retention pond and street on the north side of the interstate at the intersection of Main and Buena Vista were clogged with mud where a backhoe sat nearby. Several piles of mud remained Sunday morning after being scraped off the street by city workers.

“They’ll be out there today and probably tomorrow clearing that up,” Keith said Sunday morning.

After the July flooding, most homes along Main Street were protected by barriers of sandbags, which mitigated the damage Saturday afternoon.

The afternoon storm, with heavy winds, dumped a half inch of rain in some areas of Ivins and Santa Clara as well, but no flooding or damages were reported. 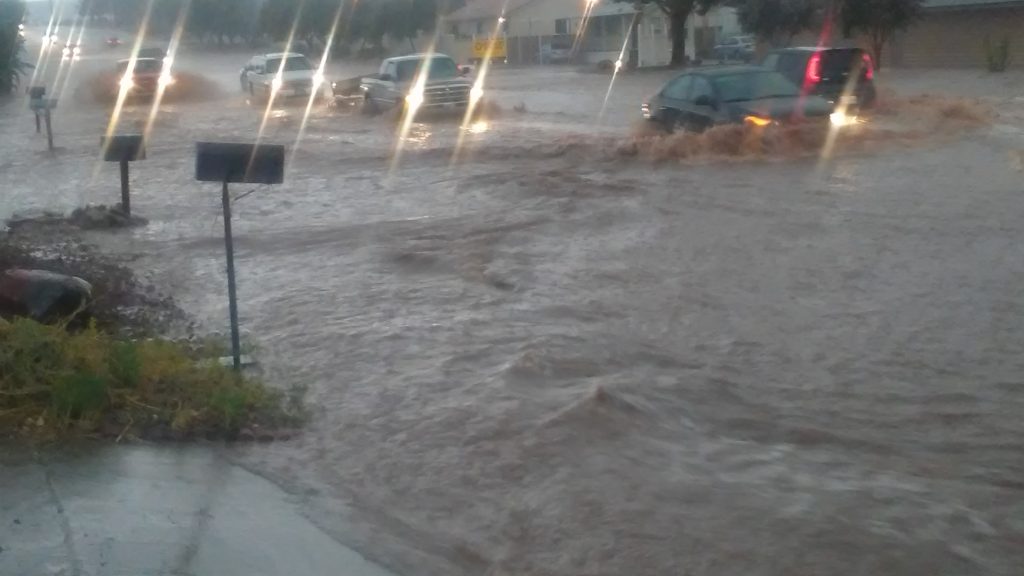 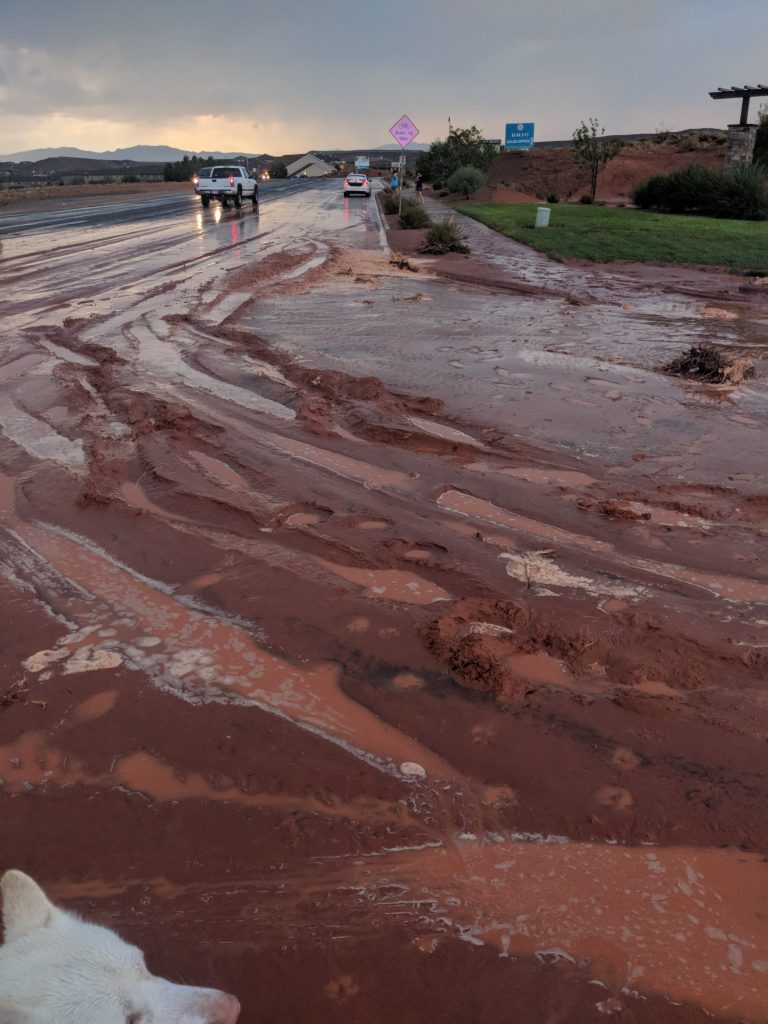 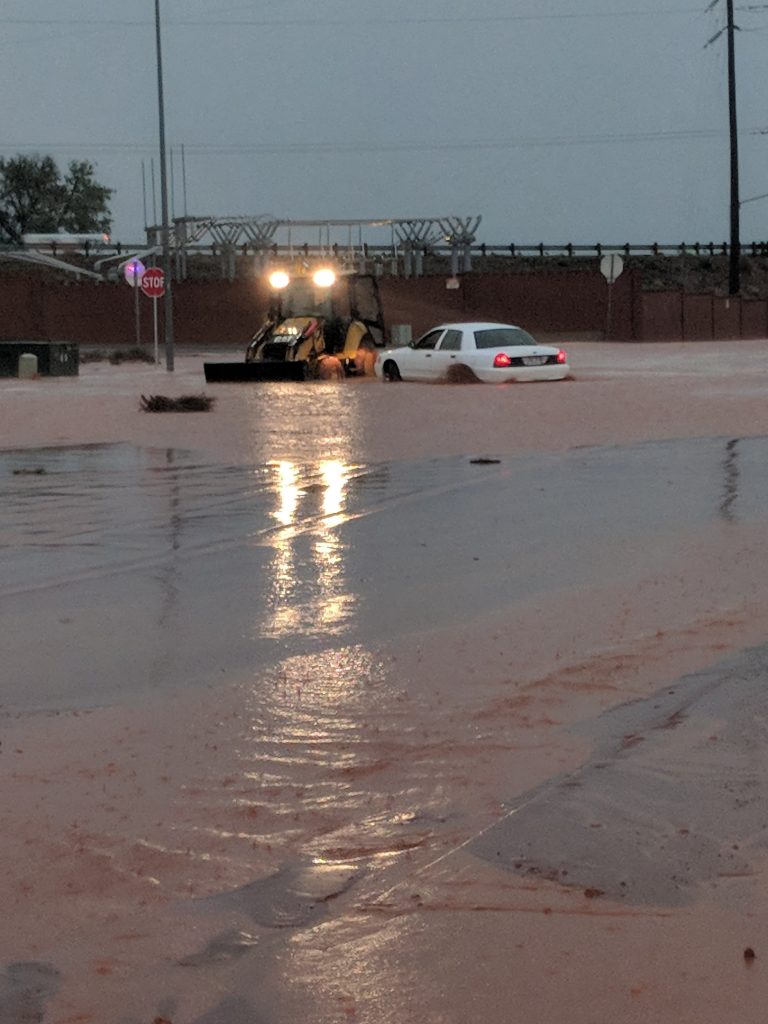 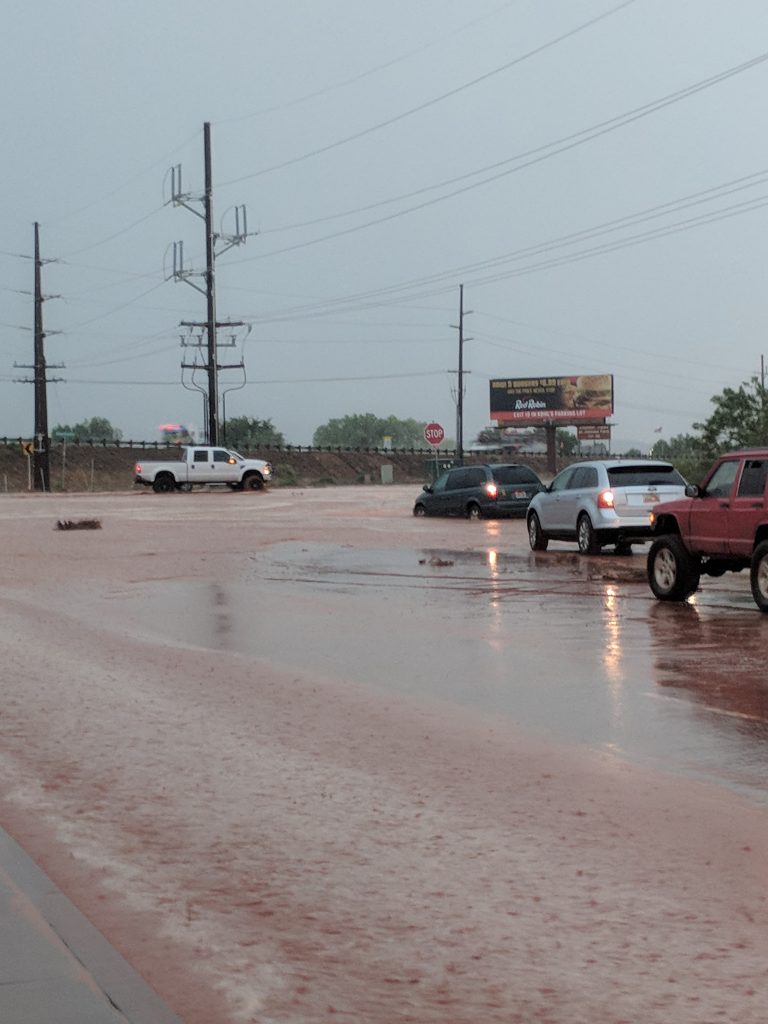 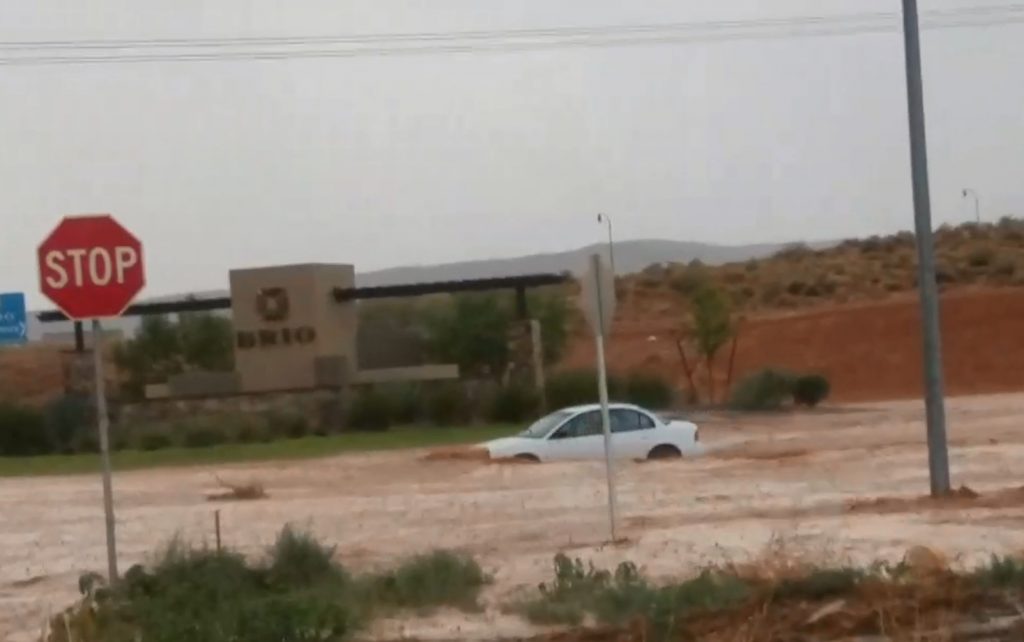 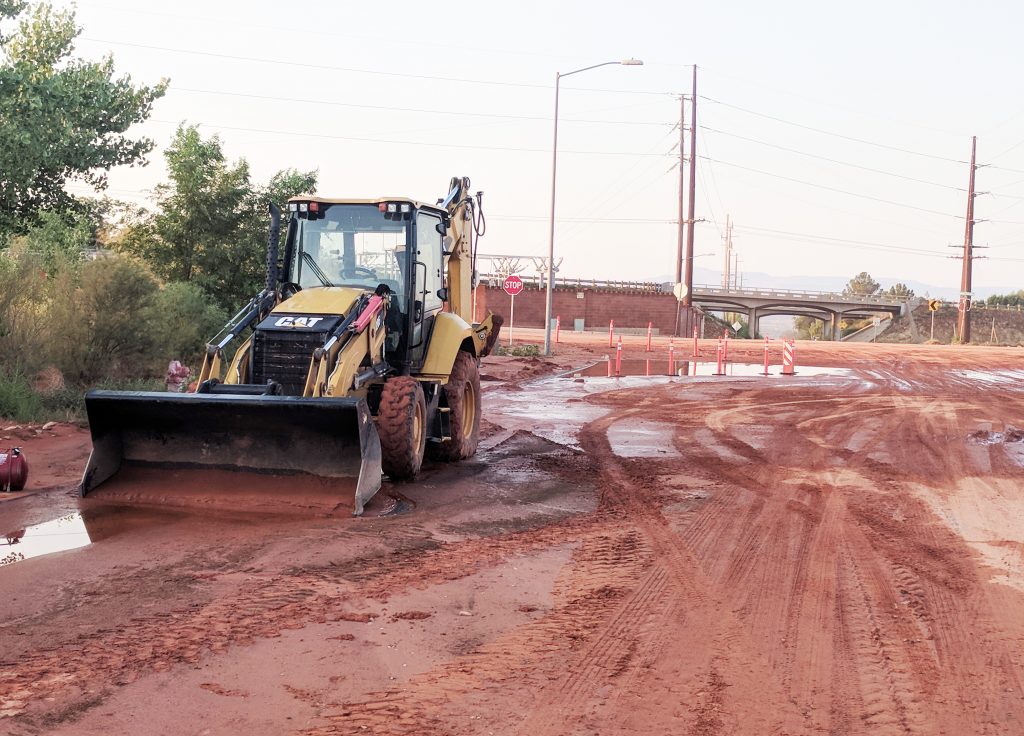 Ryan R Rees has been a writer, editor and public relations representative the past 50 years in Utah, Southern California and Georgia. Born in northern Utah, he comes from pioneer Mormon stock, some of which helped settle St. George in the 1800s. His son, three grandsons and their families live in West Point, Utah. He and his wife, Marilyn, moved to Ivins from Georgia where they have lived the past 35 years.

Flooding disrupts drinking water production at Quail Creek; public asked to be sparing on water use