ST. GEORGE — On an early August morning the skies above Cape Canaveral, Florida, will shine as a probe blasts its way into space to make the epic journey toward Earth’s star on one of the most powerful rockets ever built.

The Parker Solar Probe will be the first to travel directly into the sun’s atmosphere, which is several layers deep, before entering the solar corona, a lower layer that is nearly 4 million miles from the star’s surface and closer than any other man-made object has ever gone.

The launch is expected to take place Aug. 11, and preparations for the historic flight will begin for launch at Cape Canaveral Saturday at 1:30 a.m. MST, but it could launch as late as Aug. 23, if inclement weather or other complications arise, NASA officials said on the official launch website.

The purpose of the mission is to study the flow of energy within the solar corona and to determine what causes the solar winds to accelerate.

Life on the big blue marble would not be possible without the sun’s energy and warmth, but it comes at a steep cost, including deadly radiation, solar storms, flares and wind, as well as coronal mass ejections – all of which can cause electrical/communications disruptions and be deadly for astronauts, satellites and even for the Earth itself.

After launch, the probe will make its first pass of the sun in three months, but over the entire mission it will make 24 orbits around the sun at speeds up to 430,000 miles per hour, or 125 miles per second. At its closest approach it will be roughly 3.8 million miles above the sun’s surface, which is well within the orbit of Mercury and seven times closer than any other spacecraft has gone before.

To further study the effects that coronal activity can have on the planet, the probe is equipped with a telescope to take photos of the corona, as well as instruments that will take statistical surveys of the outer region to send back to Earth, which will allow NASA scientists to understand the dynamics behind solar activity.

The mission will take seven years to complete as the probe spends a total of 88 days in orbit around the sun, with the final orbit scheduled to take place June 25, 2025, according to NASA’s Mission Timeline.

Solar weather develops within the sun’s corona, and solar storms often begin with a sunspot, which occurs when the sun’s magnetic energy wells up into the lower atmosphere, leaving a dark spot that is cooler than the surrounding area. These spots, which can be as large as a planet, can give rise to explosions known as solar flares if the magnetic energy builds up to a certain point.

Should the lines of magnetic energy in the solar flare become warped, then they can snap under the tension, which detaches the coronal mass from the surface and can blast up to 220 billion pounds of plasma in all directions at more than 7 million miles an hour.

If that blast is pointed toward Earth, then the material can make the 93 million mile journey in just a few days, and that gust of magnetic activity can cause severe disruptions along power grids, satellites, communication networks and anything else that uses electricity.

Another target of the mission is to help scientists determine why the sun’s atmosphere is so much hotter than the surface, which is about 10,000 degrees Fahrenheit, while the temperature of the corona, which is nearest to the surface, can get as hot as 3.5 million degrees.

The concept of sending a probe to the sun was introduced 50 years ago, and while the Parker Solar Probe is small – about the size of a small car – it is designed with a thick carbon-composite heat shield to withstand the journey through extremely high temperatures, according to NASA .

This is due to the solar atmosphere’s low density, allowing the spacecraft to reach temperatures of about 2,500 degrees even when it is traveling through material that is more than a million degrees, while the interior will be kept at a constant 85 degrees.

The probe is being carried on the Delta IV Heavy, one of the world’s most powerful rockets; not because of size or weight, but because it takes an enormous amount of energy to launch a trip to the sun.

Any object launched from Earth starts out traveling around the sun at the same speed as Earth, or approximately 18.5 miles per second, or 66,000 mph, so an object must travel incredibly quickly to counteract that momentum, and then change direction to steer toward the sun.

The timing of the launch was chosen to take advantage of a specific alignment of planets, which allows the spacecraft to reach its first target – Venus.

The probe will make seven flybys around the planet for a gravity assist, where it travels in the same direction as the planet’s orbit before it slingshots around it to save fuel and increase speed by “stealing” momentum from the planet’s gravity as it flies toward the sun.

At the spacecraft’s closest approach, the sun will appear 25 times wider than it appears here on earth, and will be 625 times brighter.

Over the course of the next 84 months, NASA scientists will receive a wealth of information, data and photos from the spacecraft that will take eight days to reach Earth. 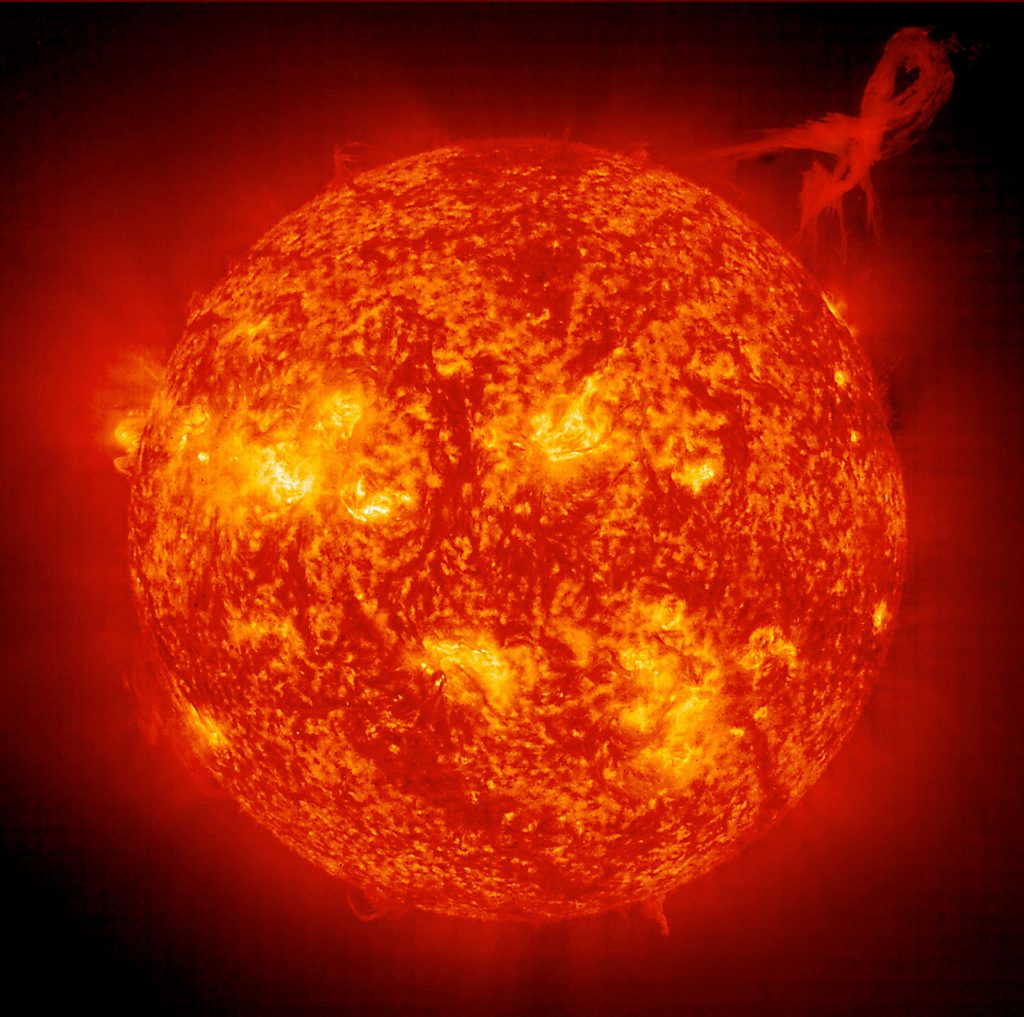 An Erupting Prominence. on the sun, one of weather events that will be studied by NASA scientists duirng Parker Sun Probe Mission that will launch August 11, 2018 | Image courtesy of NASA, St. George News 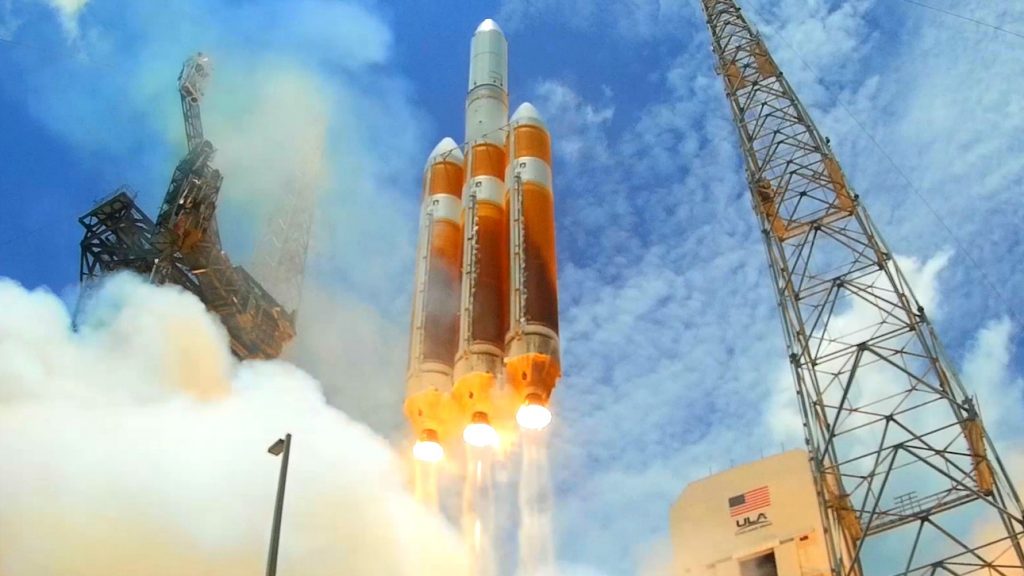 Delta Heavy IV rocket that will carry the Parker Solar Probe into space for its 7-year mission to the sun that is set to launch August 11, 2018 | Image courtesy of NASA, St. George News 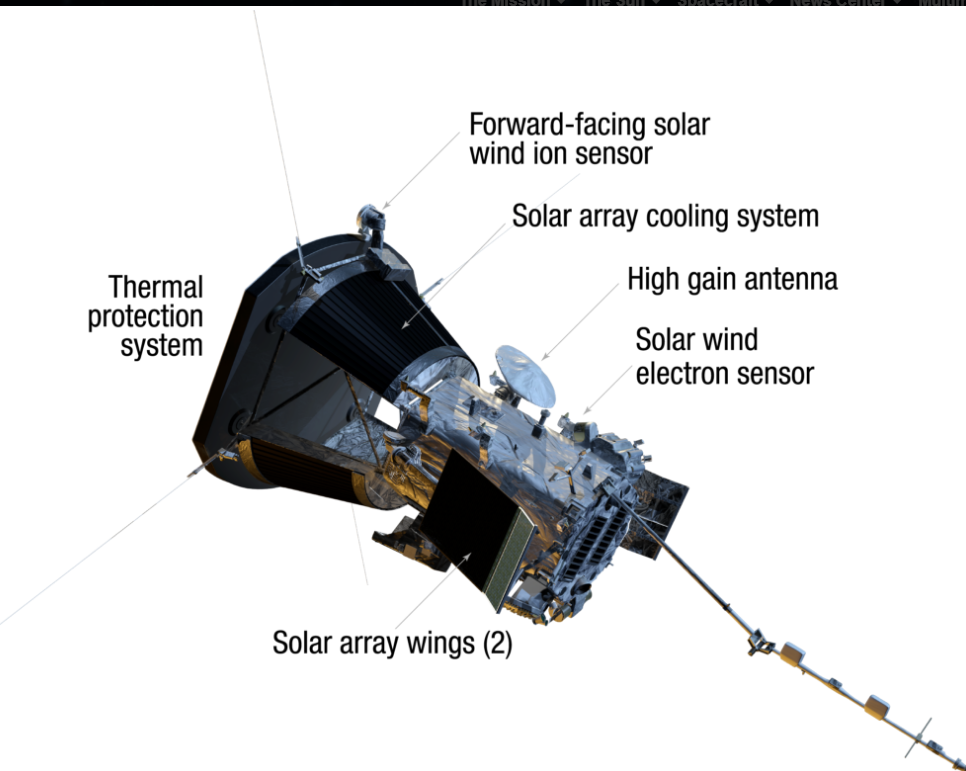 Photo of Parker Solar Probe showing equipment information that will help it fulfill its 7-year mission to the sun that is set to launch August 11, 2018 | Image courtesy of NASA, St. George News

Parker Solar Probe makes its journey to the sun during 7-year mission and is set to launch August 11, 2018 | Image courtesy of NASA, St. George News

Parker Solar Probe makes its journey to the sun during 7-year mission and is set to launch August 11, 2018 | Image courtesy of NASA, St. George News

Happy Aphelion Day, what? Earth is farther from the sun than any other day of year

No, that's not an ultrasound, but it is the 1st confirmed image of a baby planet