COLORADO CITY, Ariz. — In a community divided, a surge of new business, roads and commerce is thriving where crumbling infrastructure and dilapidated homes hidden by towering fences once stood. For many residents, the colossal shift that continues is for the better, but for others it has brought unimaginable loss.

The Short Creek community, which encompasses Hildale, Utah, and Colorado City, Arizona, was founded in 1913 and grew into the largest polygamist community in the country and home to more than 7,700 members of the Fundamentalist Church of Jesus Christ of Latter-Day-Saints.

Over the last decade, a series of court rulings prompted an exodus of devout FLDS families who continue to settle in communities across northern Utah and beyond, while an influx of nonFLDS families have moved into the area, and those no longer affiliated with the church have returned to their childhood home.

The ripple effect caused by the shift in demographics is far reaching, and one direct change has to do with the sale of alcohol, which was prohibited within the twin cities, and has been for decades.

Two months ago, The Border Store on North State Street in Hildale began selling beer, offering a variety of different brews that are showcased in coolers that line the market’s walls – a first in the town’s history.

The store’s manager, who asked not to be identified by name, told St. George News that sales have been good since they began offering the drinks a little more than two months ago.

He continued by saying that beer sales in the store keeps the revenue where it belongs, in Hildale, as opposed to residents going outside of the area to buy alcohol, which many of them have done for years.

“Most of the people buying beer here are not buying it because we just started selling it, they are buying it here because they don’t have to drive outside of the area any longer, so it’s more convenient,” he said.

In Colorado City, one business dotting North Central Street, the Edge Of The World Brewery, opened its doors March 29 serving Arizona style beers and pizza in a building that previously served as the U.S. Post Office.

Opening a bar in Short Creek garnered the attention of the Los Angeles Times in an article published July 5 and remains the topic of conversation with local residents.

Prior to the pub’s opening, the building was completely renovated with new flooring, plumbing and a number of other improvements needed to operate as a craft beer brewery that also serves as a pub. The plan to operate a brewery was years in the making, a plan that included licensing negotiations, choosing a facility that would serve as a bar and brewery, and many other elements that took time.

An employee of the Berry Knoll Bakery, located next door to the pub, said that on opening night the brewery was standing room only, adding that the bustling pub and pizza eatery continues to be a popular spot for locals as well as those visiting the area.

A short distance from the pub is Black Cloud Vape, located at 50 Township Avenue, the first of its kind to launch in Colorado City’s business district. The doors opened in May, and the shop’s owner, Jason Black, said, “We are holding our own and growing.”

Aside from the business aspect, Black said the community is seeing positive changes that will continue.

“I know we can make this a beautiful thriving community, and repair trust and friendship with our neighboring communities.”

In the center of town is Cottonwood Park, which has undergone a dramatic overhaul, where new playground equipment now sits atop a fresh layer of sod that replaced the overgrown weeds that covered the entire area a few months ago. The park was previously hidden behind a tall fence that was torn down during the restoration.

Paved roads was one of the first items on Hildale City Council’s to-do list, and Mayor Donia Jessop has kept good on that promise. One well-traveled street now sporting a new layer of asphalt is Utah Avenue, which is several miles long and spans the length of the town. Another street, Arizona Avenue, runs parallel through Colorado City and has also undergone a transformation through a repaving project.

Another promise made by Hildale City Council members – to provide healthier water to the community – appears to have been a promise kept as numerous bystanders and residents who spoke to St. George News recently commented on the improved taste, clarity and quality of the drinking water.

The surge of commerce, business development and restoration projects may have created a secondary effect, which is a sense of hope permeating throughout the community, they said.

An employee working in one of the shops said there is “a renewed feeling of hope, and the changes we are now seeing will help everyone living here.”

More than one resident commented on a “new feeling out here,” a perception shared by a number of residents and, as one woman put it, “a fresh beginning and an opportunity to heal and prosper.”

Another resident who recently returned to the area after taking a hiatus from the community and the church, said that being back  has given her the opportunity to better understand family members who are still active in the church, while at the same time realizing that she can make her own choices, “and decide how I want to live my own life.”

Similar comments supported the notion that momentous changes are taking place on both sides of the Utah/Arizona border, evidenced by the number of new businesses springing up along Colorado City’s North Central Street – when just a short time ago much of the area was hidden behind walls erected to shield outsiders’ views.

Amid that hope there remains hardship and loss that has left many in the tightly controlled group of FLDS members in shambles, as families continue to leave the area to relocate to communities outside of Short Creek.

“We are moving so that we can start over – from the sagebrush up,” said one man, who asked to remain anonymous.

Lawns and outdoor swings now sit in place of the towering brick walls lined with “No Trespassing” signs surrounding homes that stood unfinished or abandoned, as some families leave to settle elsewhere, while others arrive and establish a home in Short Creek. 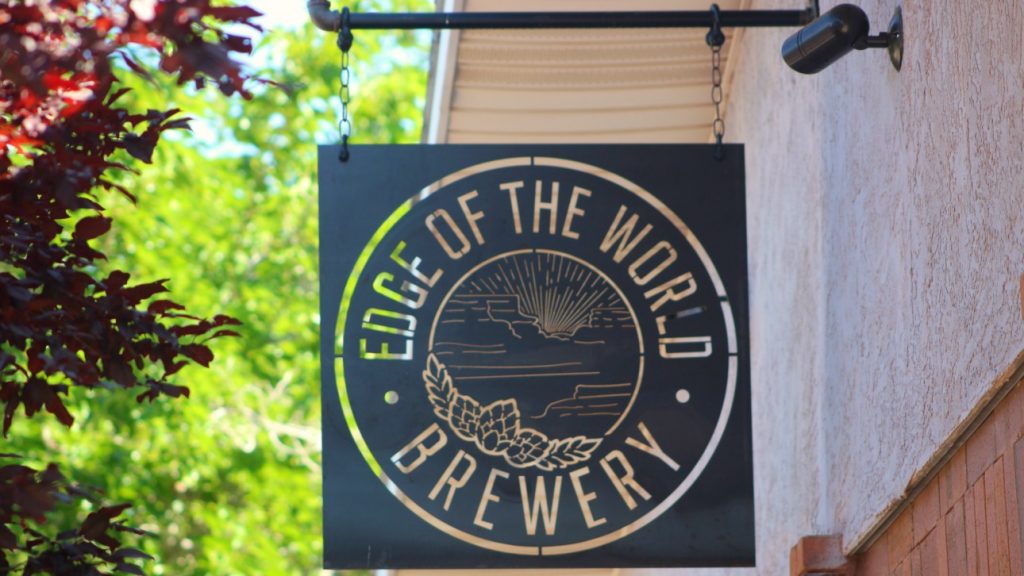 Edge of the World Brewery's sign hangs on on side of building, Colorado City, Arizona, July 25, 2018 | Photo by Cody Blowers, St. George News 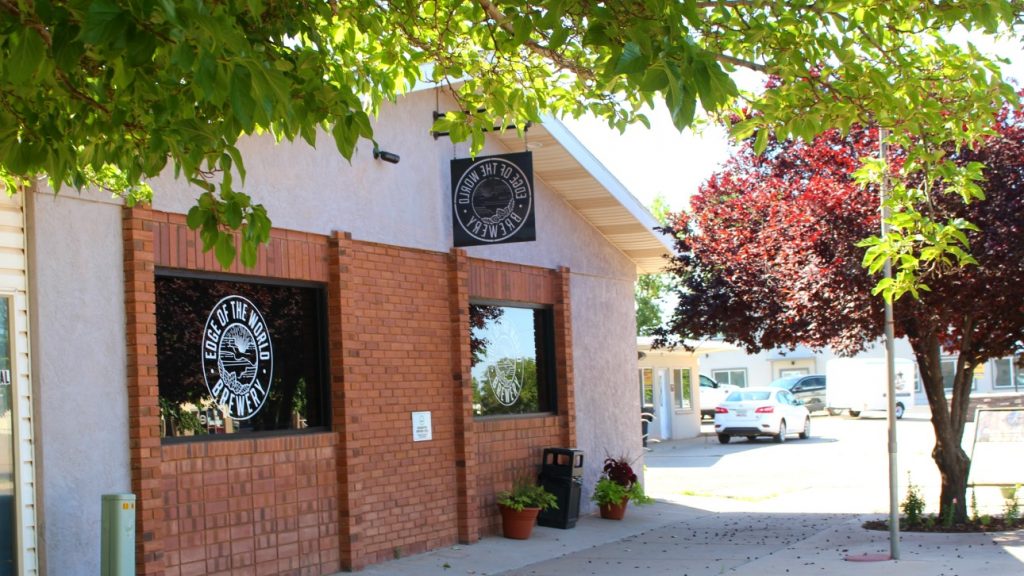 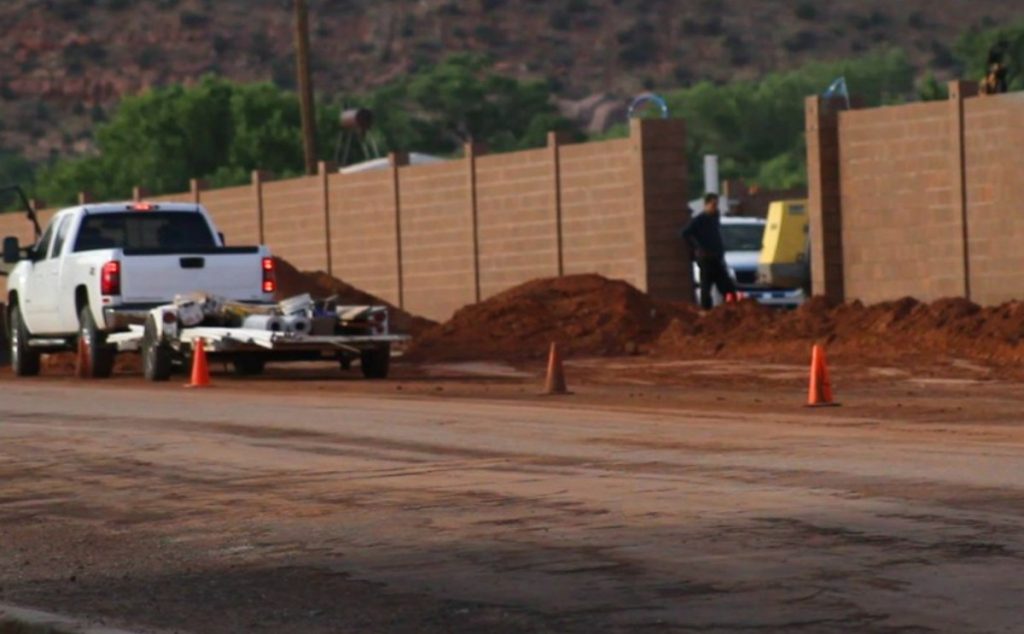 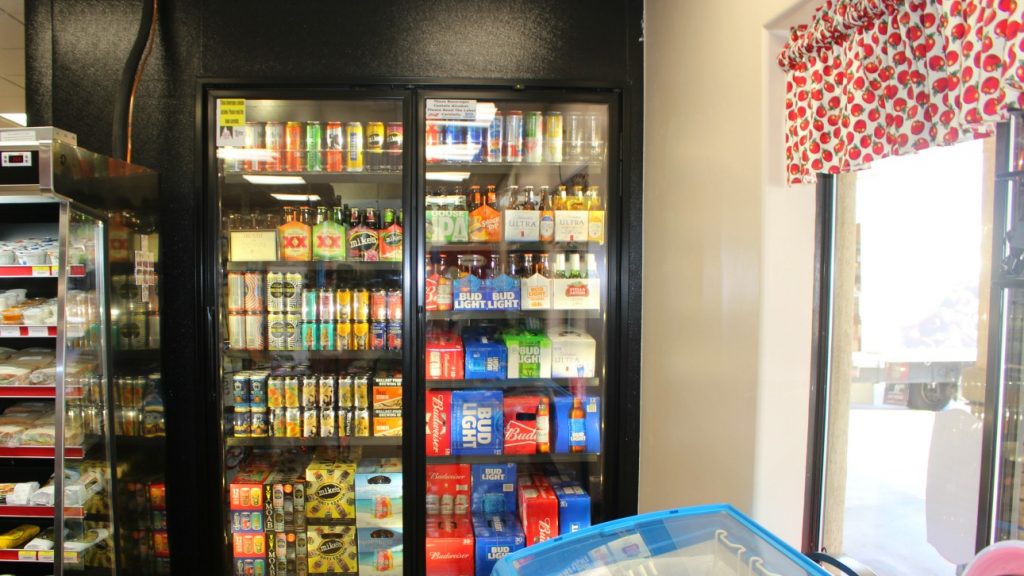 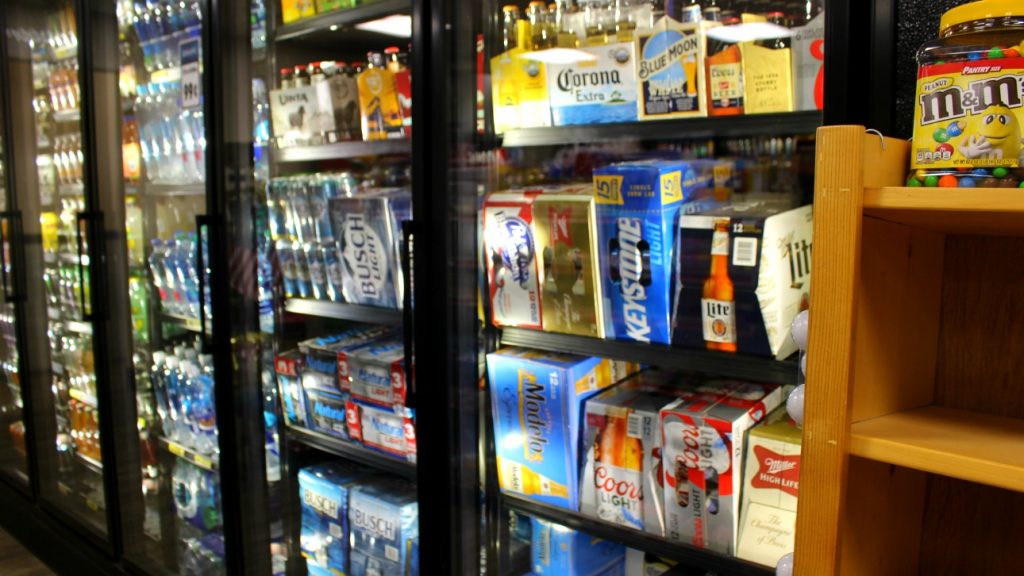 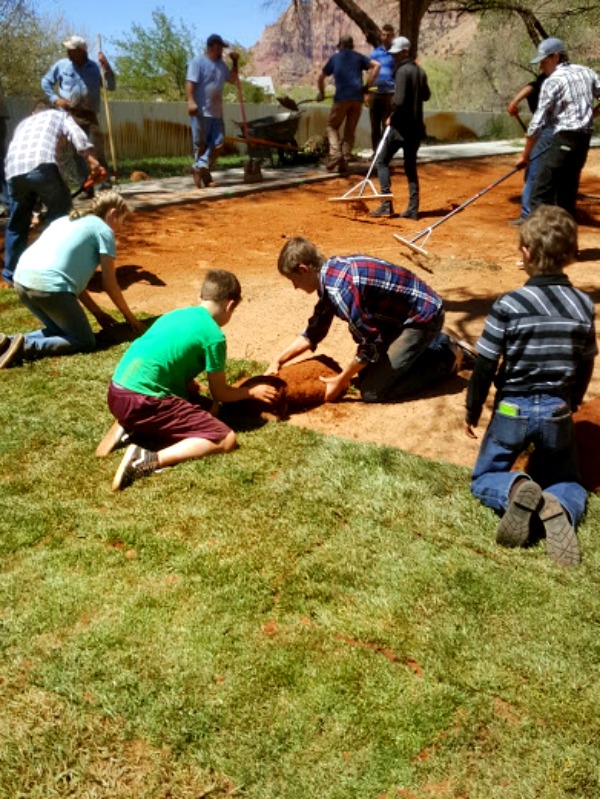 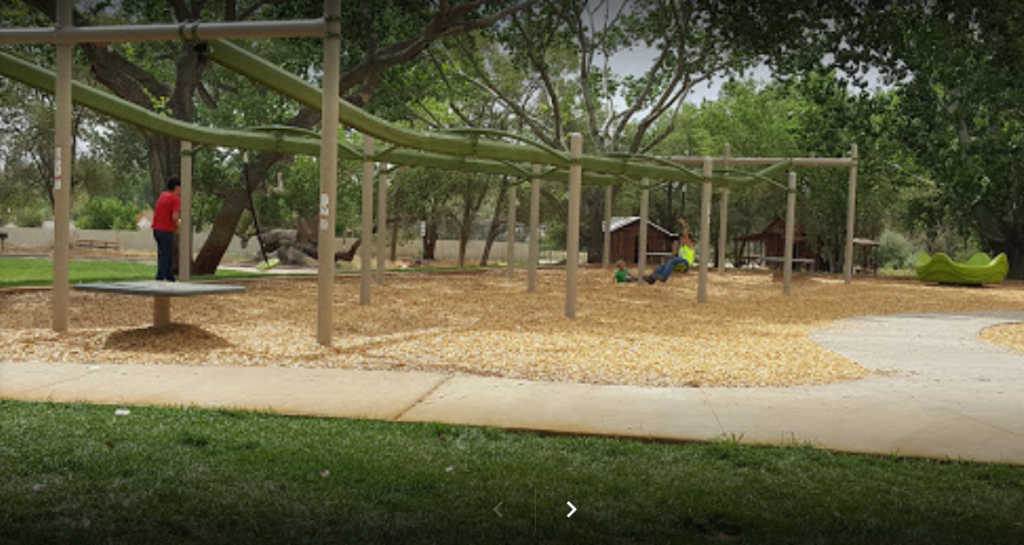 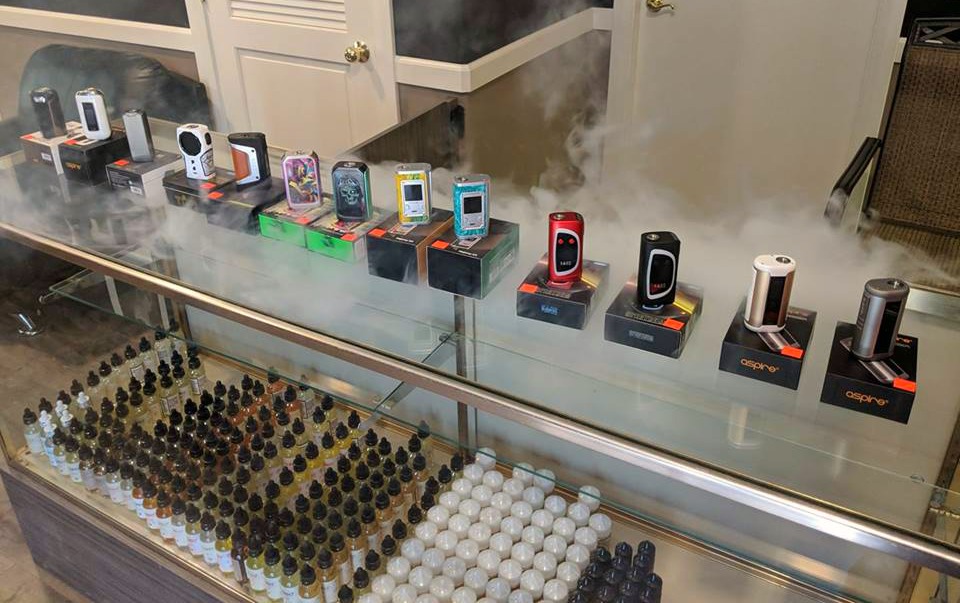 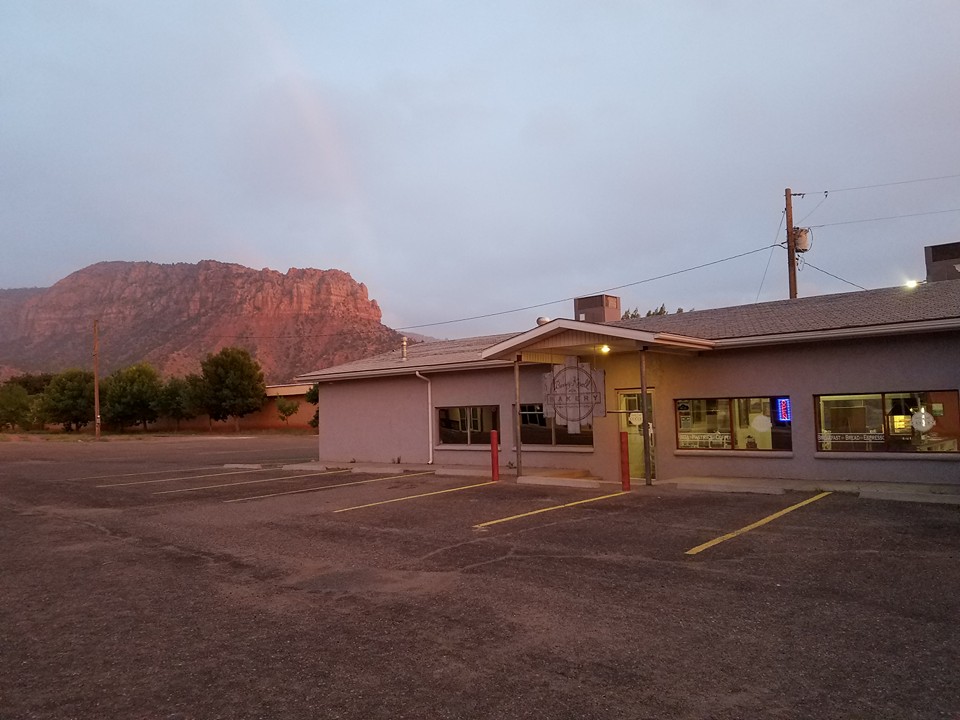 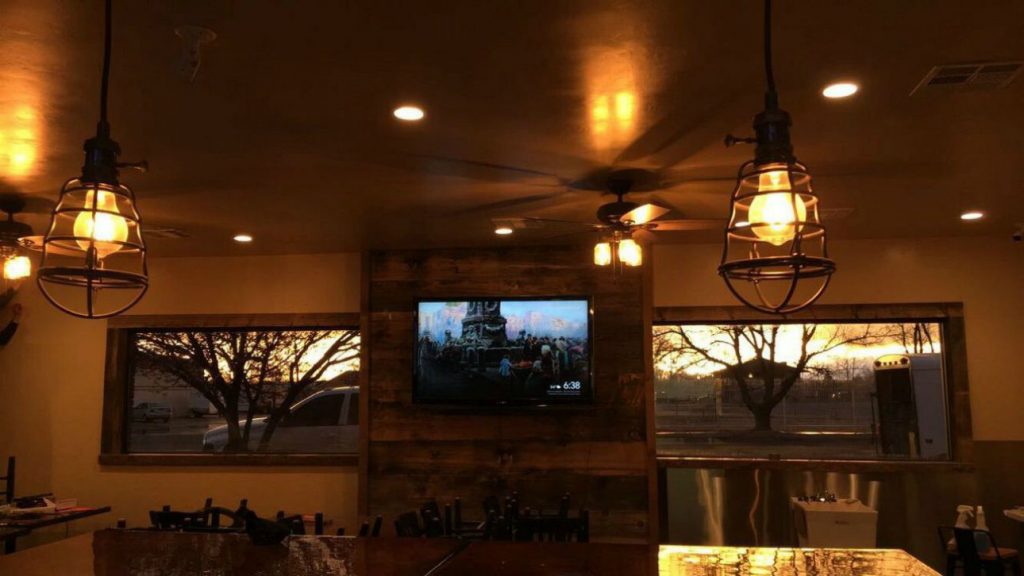 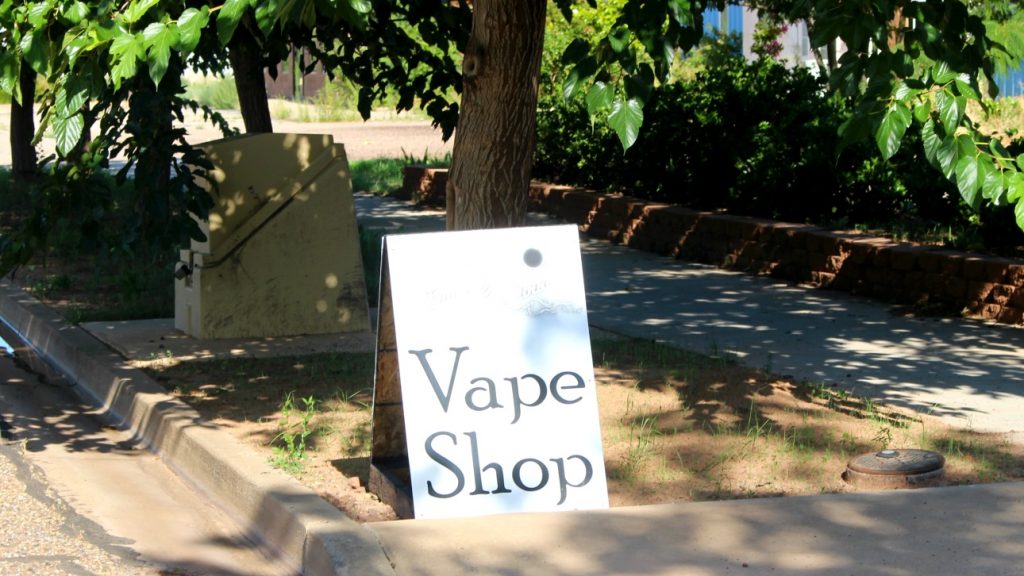