ST. GEORGE — Firefighters discovered an unconscious woman in a back bedroom after they were called to a fire that broke out inside a mobile home Wednesday night.

Firefighters were dispatched to a structure fire at a mobile home park on 1575 North off Dixie Downs Road after neighbors called 911 to report smoke and flames coming from a mobile home, St. George Fire Chief Robert Stoker said.

Upon arrival, firefighters saw heavy smoke and flames coming from the side and rear of the trailer. After getting no response when they knocked on the front door, Stoker said they entered the residence quickly and located a woman who was unconscious and unresponsive. She was loaded into an ambulance and transported to Dixie Regional Medical Center in “critical, and possibly life threatening condition” while fire crews tacked the blaze.

The blaze was extinguished within minutes, and fire crews remained at the scene to check for any hot spots that could reignite at a later time. Police officers and fire officials joined Stoker in an inspection of the residence once it was safe to enter.

The joint inspection and investigation is typically requested under certain circumstances, Stoker said, and provides more than one perspective at the scene which helps to determine the possible cause of the fire.

“We have called in an investigator from the state fire marshal’s office and St. George Police detectives to assist in the investigation due to the severity of the injuries,” Stoker said. “They bring a lot of experience to the scene give us another set of eyes to work with.”

Fire Marshal Todd Hohbein was dispatched to the scene and told St. George News Thursday morning that the fire started from unnecessary pressure being placed on an outlet in the bedroom, as well as the electrical cords connected to it. That pressure caused friction, which in turn created heat and eventually caught fire.

Hohbein added that particularly in older homes or structures, the risk of having an electrical fire caused by either an overburdened outlet or pressure on the outlet tends to be higher and is one of the hidden dangers that many may not be aware of. He cautioned to use extra care when connecting more than two electrical devices to the same outlet, either directly or by using an extension cord.

“It’s really hard to know when these outlets become heated up, particularly when they are behind furniture or are blocked from view,” he said.

Kenton Brower, part of the American Red Cross disaster action team, responded to the scene to help with immediate, short-term disaster relief services, which is standard when a fire or other disaster displaces a family or individual.

Working from donations, Brower said the agency can provide shelter, food, clothing and other relief to “take care of the initial shock, to make sure the last thing you’re thinking about is where you’re going to sleep that night.”

The rear section of the mobile home was destroyed by the blaze, while the rest of the residence sustained extensive smoke damage. As of Thursday morning, St. George Police Officer Tiffany Atkin said the homeowner remains in the hospital “sedated and in critical condition.”

This is the second mobile home fire since Wednesday, when a welding torch ignited a blaze that spread to the crawlspace located underneath the residence.

No injuries to firefighters or neighbors were reported.

The St. George Fire Department responded with five engines, a squad truck and a ladder truck, and were assisted by Gold Cross Ambulance, St. George Police Department and the State Fire Marshal’s Office that responded and tended to the scene. 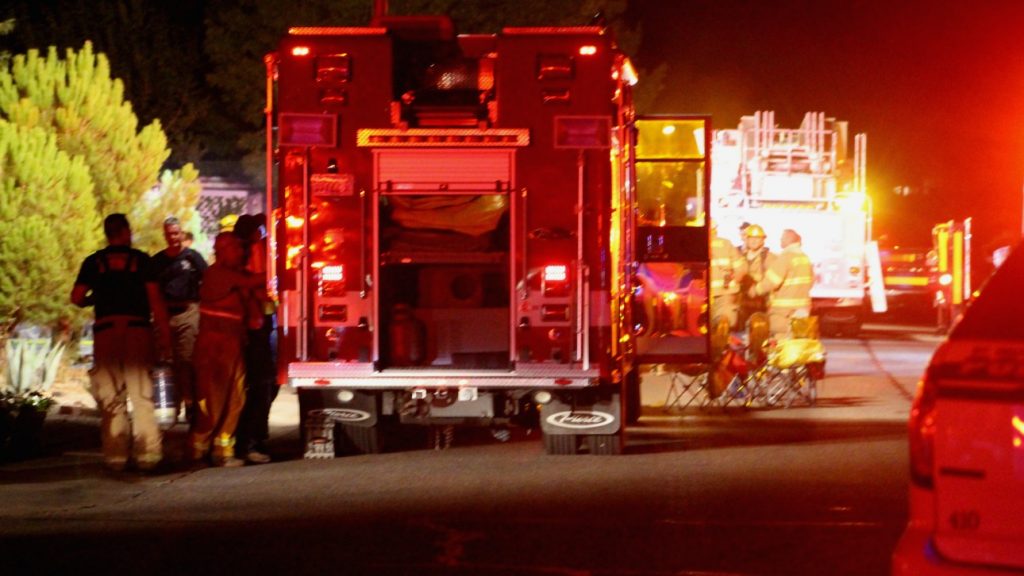 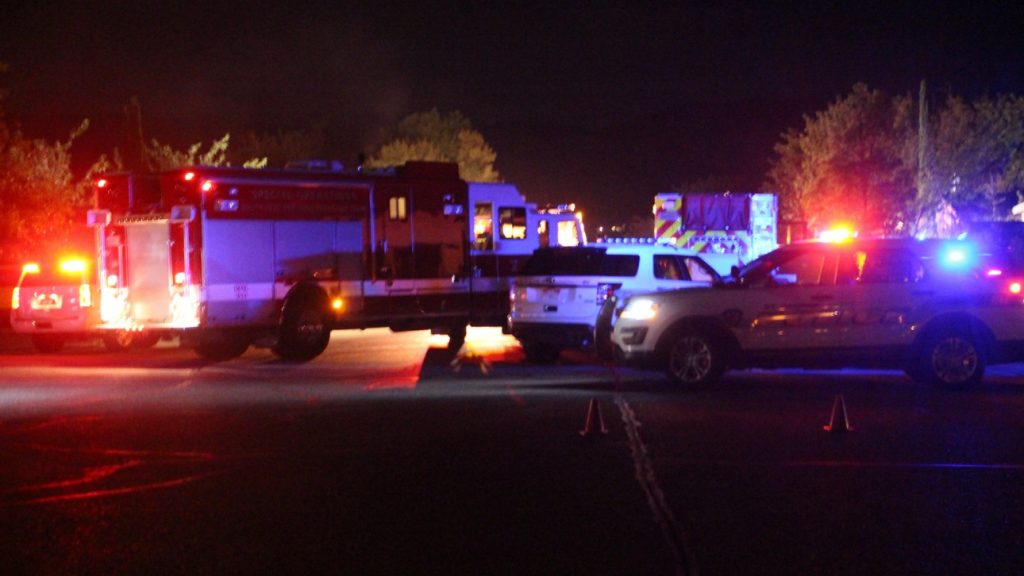 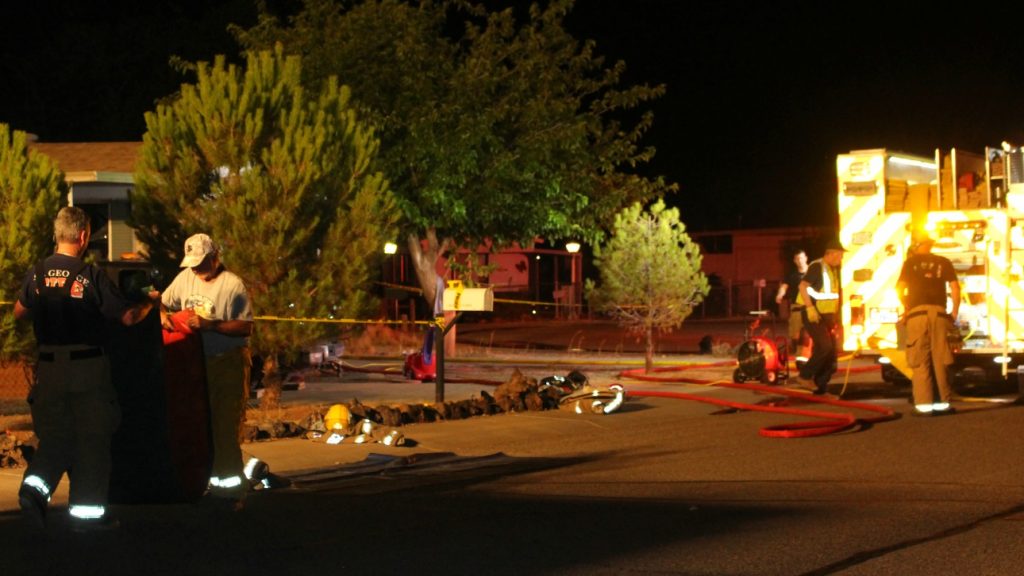 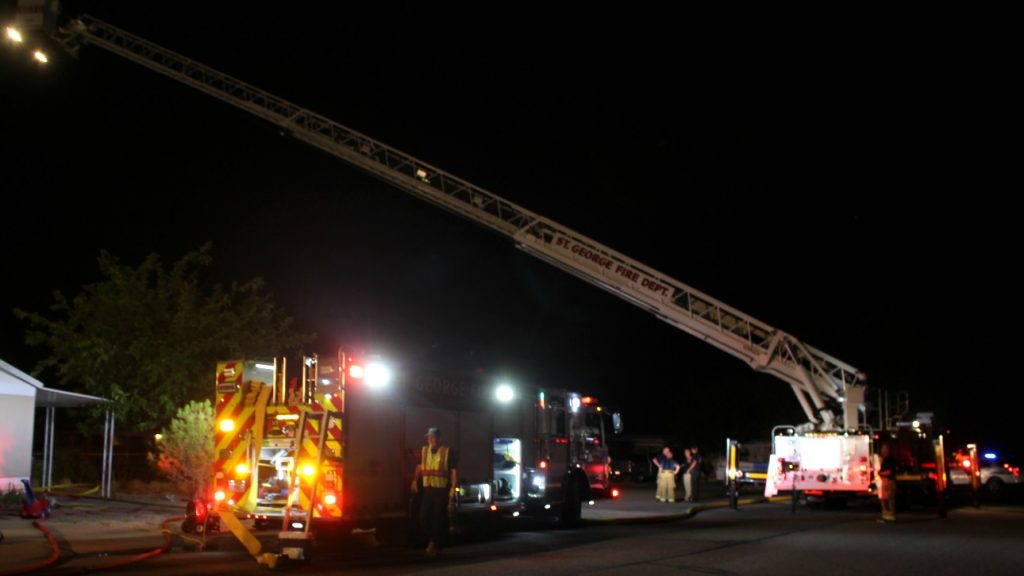