ST. GEORGE — A fire that started in the rear of a mobile home was contained by the quick actions by technicians installing an air conditioning system and spared from becoming a total loss as firefighters worked on a blistering Tuesday afternoon.

Shortly after 1 p.m. firefighters were dispatched to 1526 N. Dixie Downs Road after a call to 911 reported flames and heavy smoke coming from a crawlspace beneath the mobile home.

Fire crews made their way to the rear of the home where the fire, fueled by paper and insulation, continued to smolder, St. George Fire Captain Scott Peacock said.

They positioned a fire engine in front of the home in the event the fire spread forward, which would have allowed crews to go through the floor of the residence to stop the fire, and prevent it from engulfing the residence.

“It’s better to lose a little bit of floor instead of the whole trailer,” Peacock said.

After the smoldering blaze was extinguished, fire officials met with the two technicians to determine how the fire unfolded. The men said they were installing a central air conditioning unit in back of the home and were welding copper wiring together when wood trim next to the unit caught fire, which in turn ignited insulation underneath the home.

One of the technicians immediately called 911 while the other one grabbed a garden hose, crawled through a small opening to access the crawlspace and began dousing the flames with water.

He initially believed that the fire was out but quickly realized it was still burning as smoke billowed from under the home just as fire trucks were arriving.

Firefighters were able to see the heat and determine where the fire was still burning by using a thermal imaging camera, which allows them to see areas of heat when dense smoke or dust obscure their view, even when they are working in complete darkness, Peacock said.

“We used that thermal imaging camera to see where the hottest spots were, and that gave us an idea of where to concentrate our efforts.”

Meanwhile, Gold Cross Ambulance responded and tended to the homeowner who was affected by the heat, then remained at the scene in case they were needed with firefighters working in the extreme heat.

Peacock said quick actions by the technicians kept the fire from spreading, but cautioned that safety and protection of life takes priority over everything else.

The carbon monoxide levels in the crawlspace were “off the charts,” he said. Entering that type of environment without the appropriate protection can be dangerous, which is why firefighters are required to wear protective gear, masks and other firefighting safety apparatus.

“These technicians were great and jumped into action, and we understand that. But we worry about the CO levels that today were way up there, and these guys would’t have notice the effects until it was too late.”

With any fire there are byproducts that naturally occur during combustion, with the primary one being carbon monoxide. Other byproducts can be even more dangerous, including gases emitted when petroleum products, plastic wiring and paint burns, Peacock said. One of the most dangerous is hydrogen sulfide.

“Hydrogen sulfide – one breath and your done – gone.”

Firefighters remained at the scene to ensure there were no smoldering embers that could reignite at a later time. 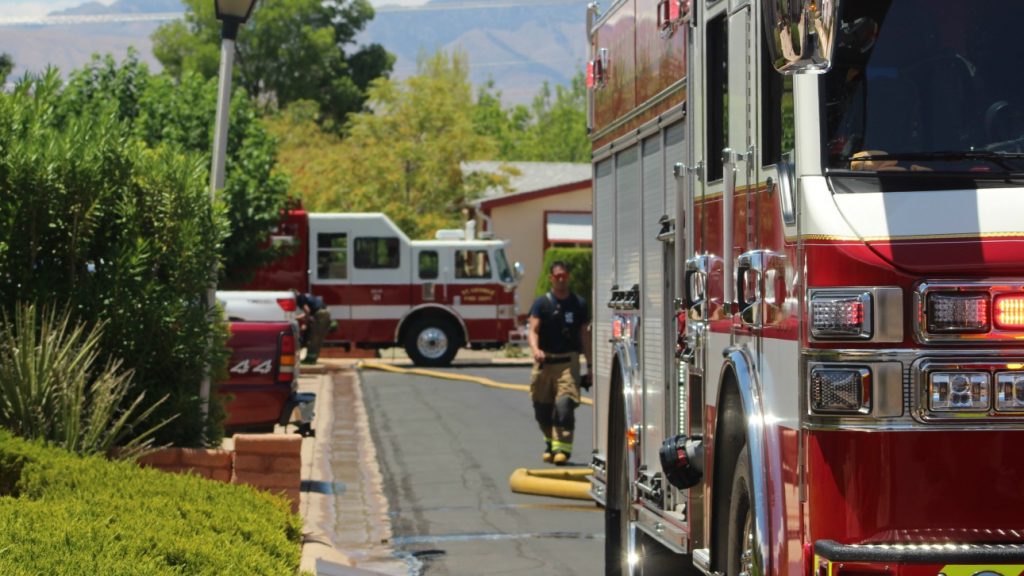 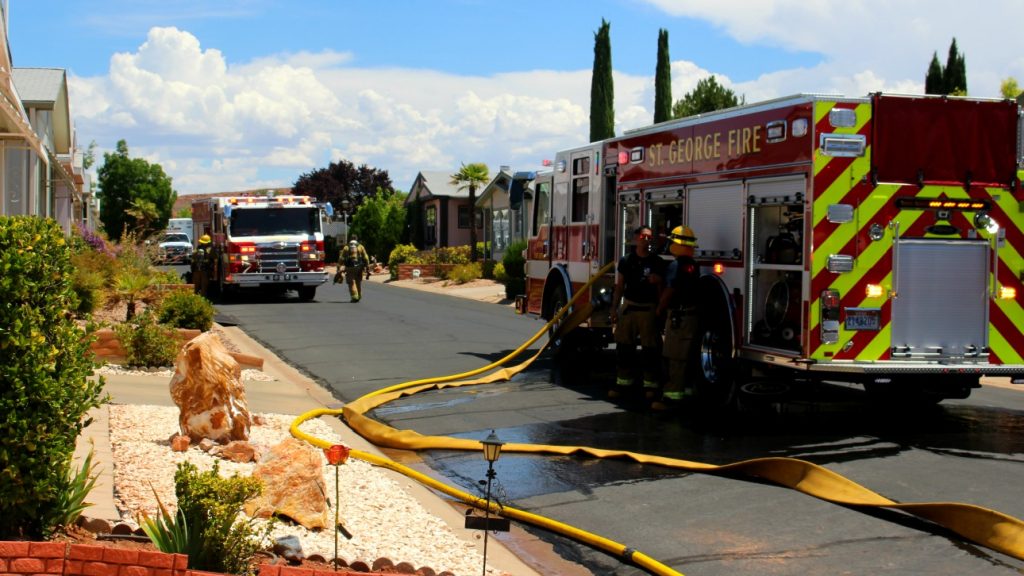 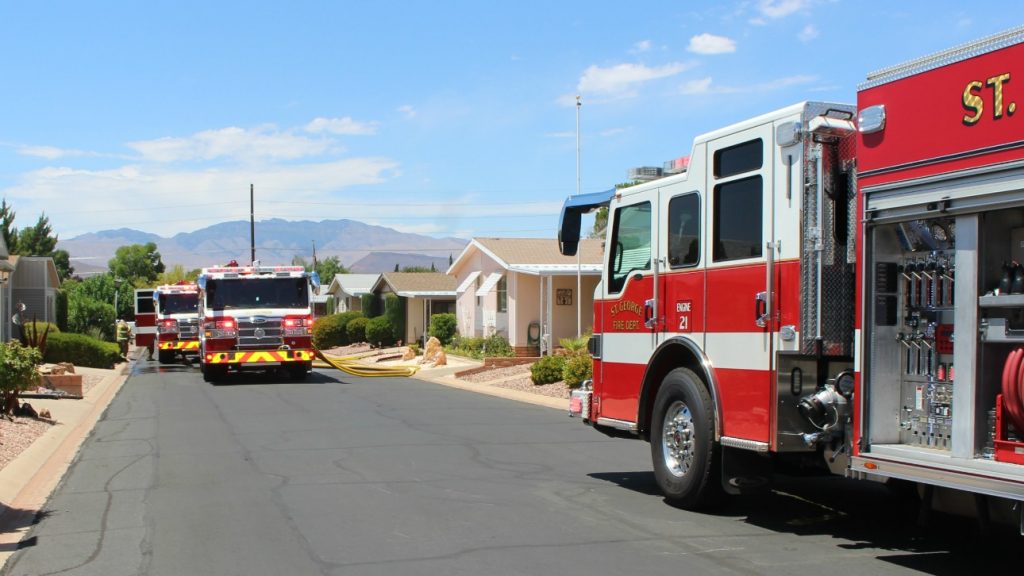 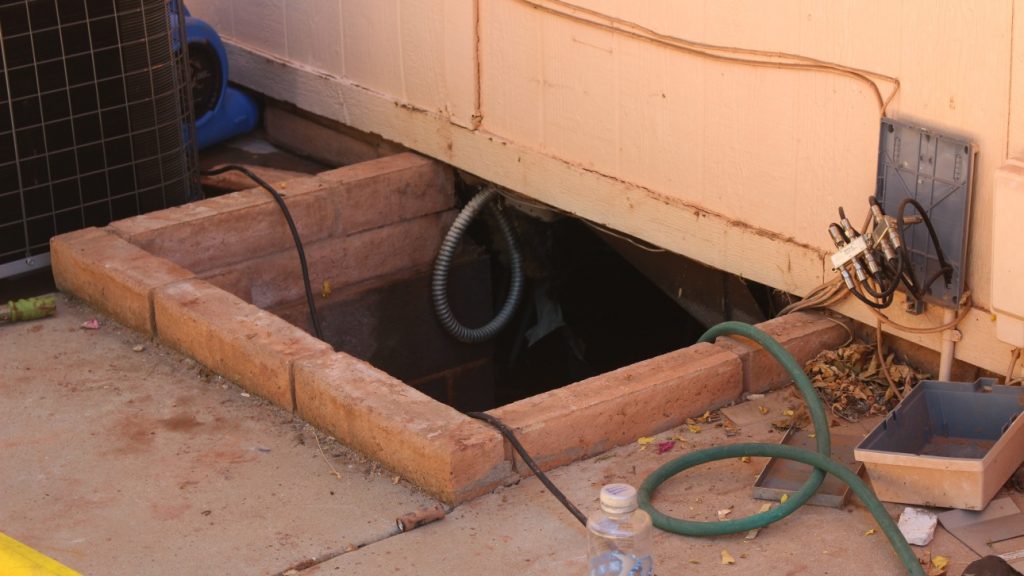