VIRGIN — Racing at the Virgin BMX  track is going to become even better in the near future thanks to a donation made by the Dixie Mountain Bike Trails Association, Zion Jeep Tours and “Red Bull Rampage,” the freeride mountain bike competition hosted by the energy drink company in the cliffs outside Virgin.

Pace said they intend to use the money to make improvements to the track such as purchasing better lights to increase rider safety and fixing the concrete at the starting gate.

The track runs all of their power on a generator, Pace said, and the current lights they have at the track really tax the generator and are not very bright.

The donation, which came from ticket sale proceeds from the 2017 Red Bull Rampage, was made possible thanks to the efforts of Sahagun and Larry Pugh of Zion Jeep Tours.

Both Sahagun and Pugh have worked closely with Red Bull Rampage for the past several years that the event has been held in Virgin. Sahagun has operated the bike valet for spectators who ride their bikes to the competition venue, and Pugh has run shuttle transportation to the venue.

“I think its great that Red Bull has seen fit to show their appreciation to the community,” Pugh said.

Red Bull Rampage has been held in the rugged cliffs surrounding Virgin almost every year since the early 2000s.

Sahagun said he wanted the money to go to Virgin BMX partly because it is located where Red Bull Rampage is held and also because he believes the kids who race at the track could be the future of mountain biking.

Many BMX racers – including potentially one or more of the 50 riders signed up for Wednesday’s races – eventually transition to riding bigger jumps, similar to those seen in competitions like Red Bull Rampage, Pace said.

“To me that’s exciting,” Sahagun said. “That builds the future.”

The donation to the track comes on the heels of the local racing community recovering from having their racing grounds vandalized.

In a recent St. George News report, Pace said when he and fellow organizers showed up at the Virgin BMX track on June 27 to prepare for the races, they found broken light bulbs, damaged electrical fixtures, rocks and bricks thrown all over the track and missing signs and banners.

Through generous donations to a GoFundMe account and in-person donations, as well as volunteer time, Pace said they were able to clean up the damage and raise enough money to purchase security cameras and get their lights fixed and generator back online.

“The community really stepped up,” he said.

Additionally, Pace, along with former Virgin mayor Jay Lee, who organized efforts to have the track built in the first place, plan to build a storage house for the generator so that it cannot be accessed by would-be vandals.

So the future is looking even brighter for the track that Pace bills as the “most scenic track” thanks to its expansive views of Kolob Terrace and Zion National Park.

“There’s something here,” Sahagun said, “this hidden gem, that I guess soon everybody’s going to know about.” 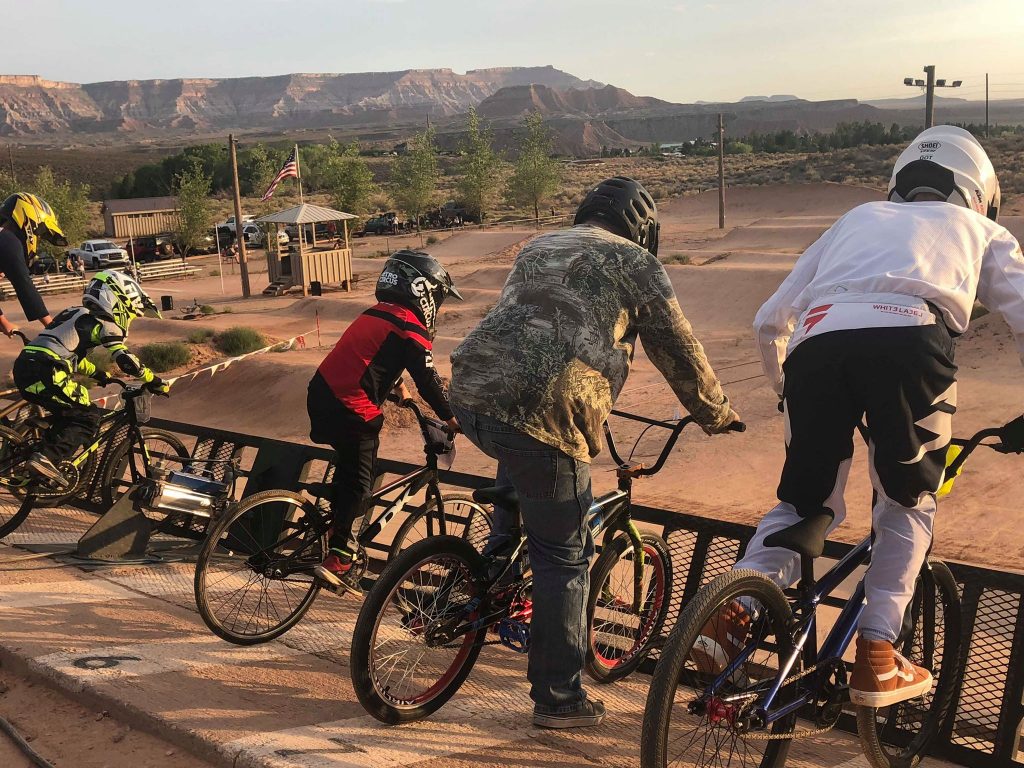 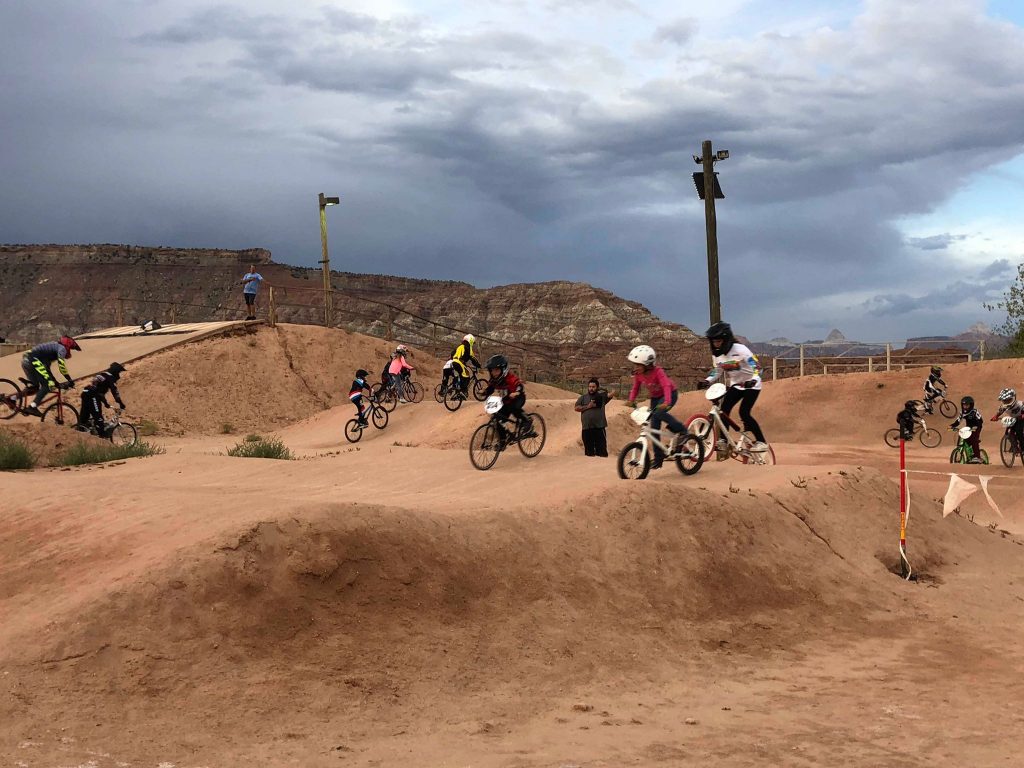 Racers participate in a "flag lap" at the start of racing at the Virgin BMX track, Virgin, Utah, July 18, 2018 | Photo by Hollie Reina, St. George News 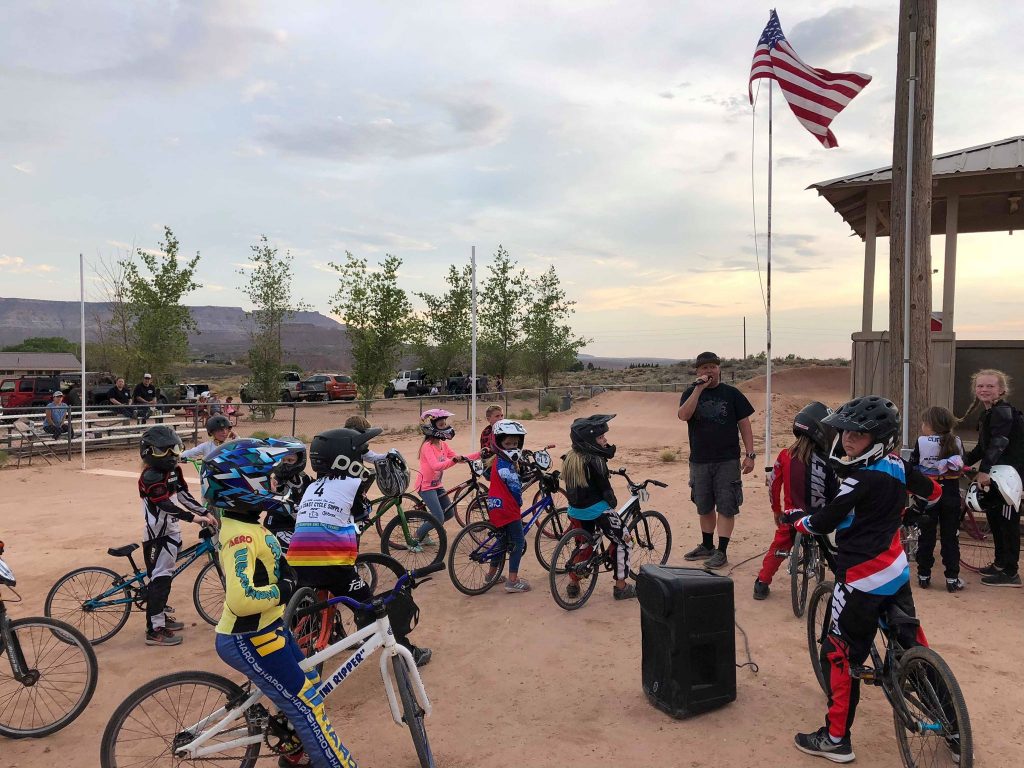 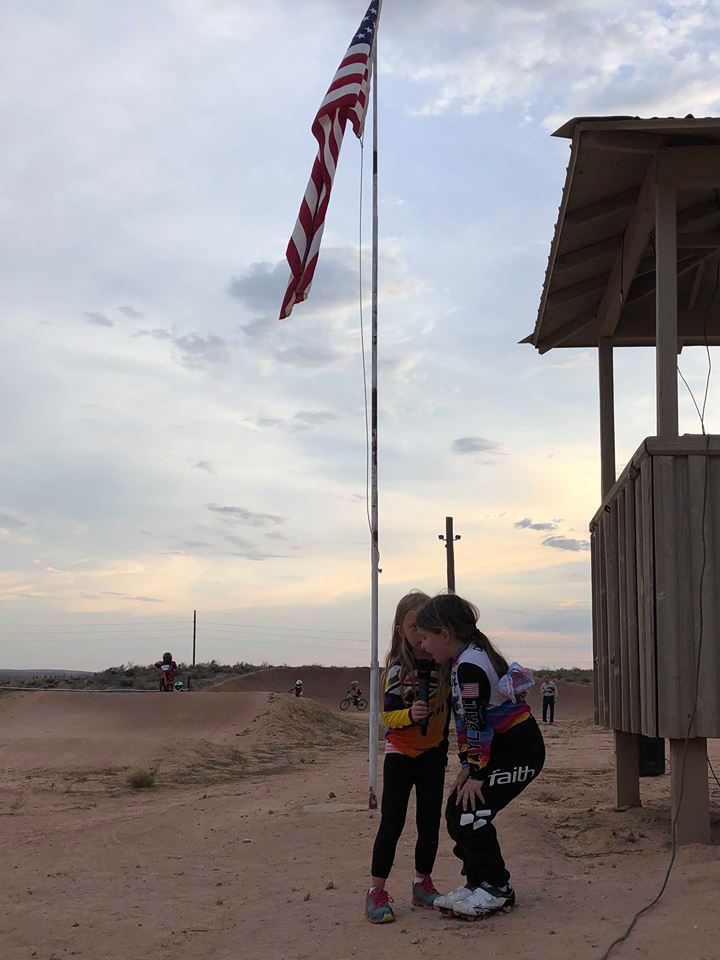 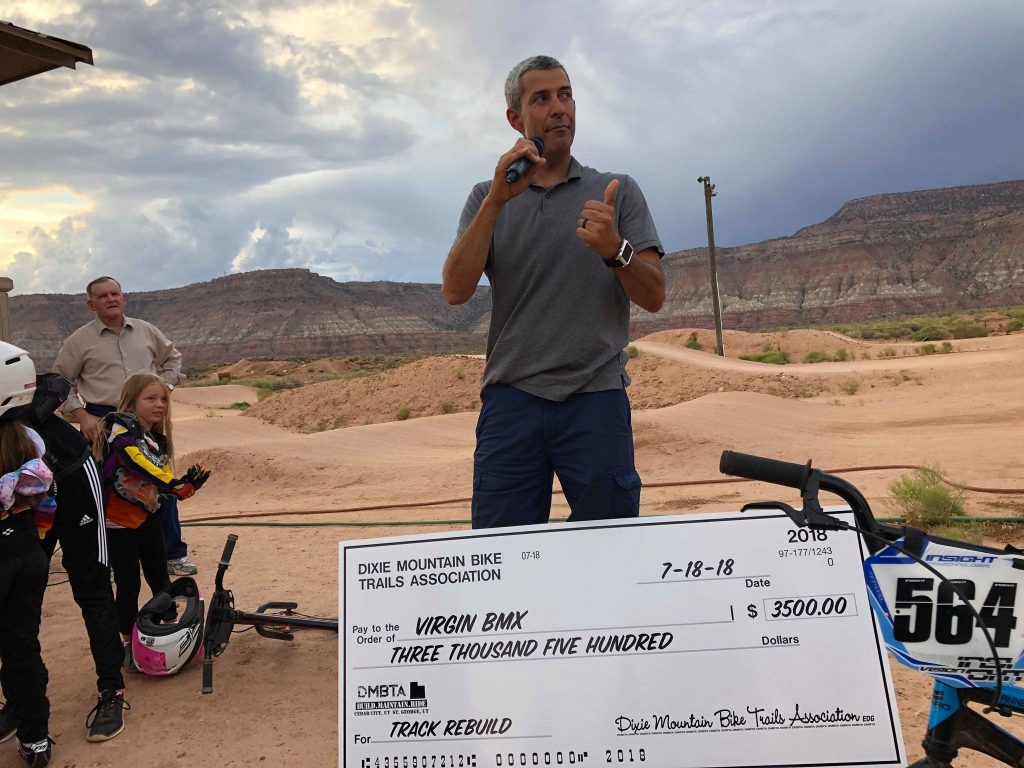 BLM hands over land patent to Virgin's 'most scenic track'