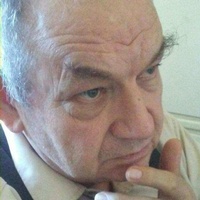 Alvin Isaac Black, 69, passed away July 11 while in the Kootenai Hospital in Coeur D Alene, Idaho.

Alvin had been living with his son in Bonners Ferry, Idaho, for the past three years. Alvin died of a heart attack brought on by a blood clot. Alvin was in the hospital ICU recovering from a major heart attack, which occurred on July 7.

Life in Short Creek in 1949 was tough. The community was small but very close. Alvin grew up with the love and support of family around him. In 1953, when Alvin was 4 years old, because of the religious beliefs of the community, the state of Arizona put the fathers in prison and took the children and their mothers by bus to Phoenix.

The next few years Alvin moved around with his mother living in Phoenix, then Kingman, Arizona; then Snowflake, Arizona; then to Kanab, Utah; and finally back to Short Creek.

Alvin was drafted into the Army in August 1969. Alvin was a peace-loving man and did not approve of war, but he also had a strong sense of duty and did what he was asked to do to the best of his ability and without complaint.

Alvin was very proud of his military accomplishments and loved to show and tell anyone that would listen about “his” YO-3A, the spotter plane from Vietnam.

Alvin was honorably discharged on June 16, 1971, and went back to Short Creek to his bride Alvera, whom Alvin hadn’t seen for a year. They started a family, and Alvin began looking for work.

Alvin worked on a farm, sheered sheep and worked in a machine shop as a machinist. Alvin was a professional certified mechanic. Alvin worked 12 years as an electronics engineer.

Alvin attended Dixie College in St. George, Utah, in 1974 and got his mechanics certifications. Alvin also attended Southern Utah College in Cedar City, Utah, and got a teaching degree in industrial arts. He loved to tinker with electronic items and had a large collection of dead electronic things he was going to fix.

Alvin is preceded in death by his father, Leonard Black; his mother, Larna Johnson; and his eldest brother, Martin Leonard Black.