ST. GEORGE — At a training course held Saturday, Team Rubicon instructor Joseph Reno relayed the story of a devastating fire that destroyed almost everything an elderly woman owned. Following the fire, the woman told a group of volunteers from Team Rubicon on the scene that all she wanted was the locket her late husband gave her on their anniversary. The woman broke down and cried when a volunteer found the heirloom in the ashes.

“That’s what this is about,” Reno said, “being there for people at their worst time and helping them when they’ve lost everything.”

The all-day training included exercises where participants practiced various aspects of disaster response, mitigation and recovery. The next “mission” will be to Moab to help following the Cinema Court Fire in June.

Team Rubicon is a nonprofit organization that deploys military veterans to areas impacted by natural disasters and pairing them with first responders, medical professionals and technology solutions. The veterans use the skills and experiences they learned while serving their country and to help vulnerable and at-risk populations affected by disaster.

“Team Rubicon helps us who have served our country to then go out and serve various communities who really need it,” Jay Mckeehan, a local instructor for Team Rubicon said.

While the initial damage and trauma of natural disasters is far reaching, the financial burden of recovery and rebuilding can hit rural areas and residents with no insurance the hardest.

Many times it’s the volunteers that handle the clean-up process, whether it’s tearing down a damaged home and removing the debris or rebuilding a home destroyed by a flood,  and the Team Rubicon labor off-sets some of the costs. In certain cases, Reno said, the labor completed by the volunteers can satisfy the deductible for those who have lost everything and don’t have the resources to cover it.

“We bridge the gap for those who have nothing else,” he said.

And the organization is growing, particularly in Utah where there is a dense veteran population, Rubicon Team member Bruce Solomon said.

Since December, a new Southern Utah chapter of Team Rubicon has started recruiting members from everywhere in Utah south of Fillmore, including St. George, Cedar City, Panguitch and Kanab. They are also recruiting in Mesquite, Nevada.

Solomon said it is good for veterans, particularly those who have served in Afghanistan and Iraq, to come “state-side” and do something good that gives them a sense of purpose.

“This can be very healing for our veterans by giving them something positive to focus their efforts on and use what they learned in the military to help people,” Solomon said.

From humble beginnings to heroic efforts

Team Rubicon was started in 2010 by two Marines troubled by the scenes they witnessed in the days following the disaster in Haiti, where many traditional aid organizations were slow to establish relief efforts due to dangerous and unstable working conditions.

To address the lack of proper aid, they decided to act by gathering supplies and a small group of veterans, first responders and medical professionals that deployed to Haiti in the days following the earthquake, Team Rubicon administrator Bob Toth said.

“They set up an ad hock team and went down there to help the victims and realized they needed to be able to deploy to other areas,” Toth said. “And it grew from there.”

These days, the group is supported by cities, states and other organizations that match funds for their efforts, making it possible for the group to take on larger projects and to help more communities affected by disaster.

Team Rubicon is also supported by some “very large corporate sponsors,” McKeehan said, that donate supplies, materials and even funding.

Additionally, Team Rubicon has saved $26 million of donated funds to help rebuild communities around the nation.

On July 7, the teams will be deployed to Moab to help with cleanup and rebuilding efforts in the aftermath of the Cinema Court Fire that destroyed at least eight homes. Anyone who would like to volunteer can join as a “spontaneous volunteer” or “gray shirt,” Toth said, and after some cursory training, they become part of the team. 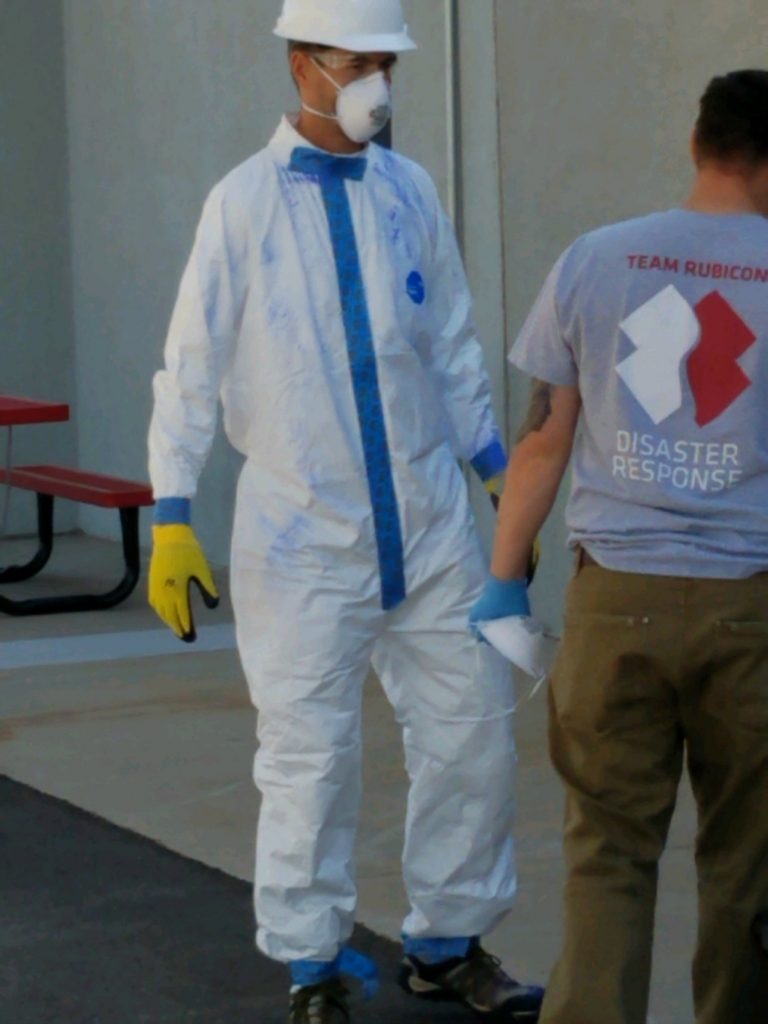 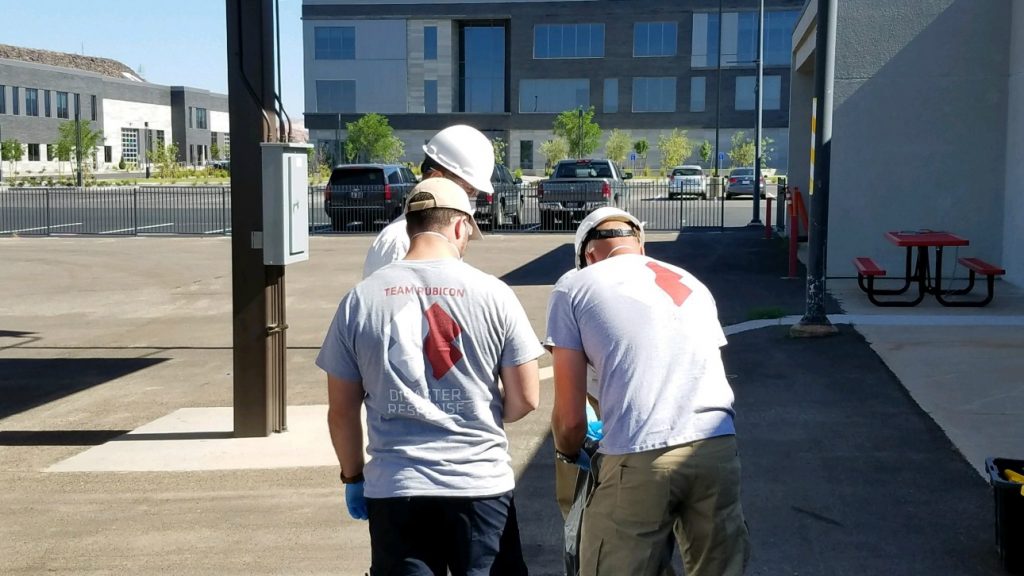 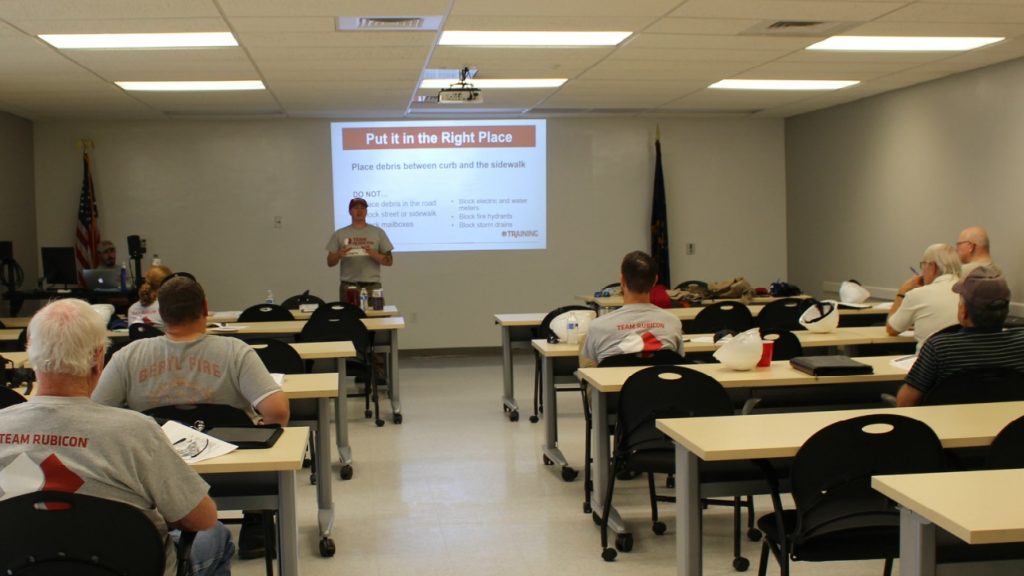 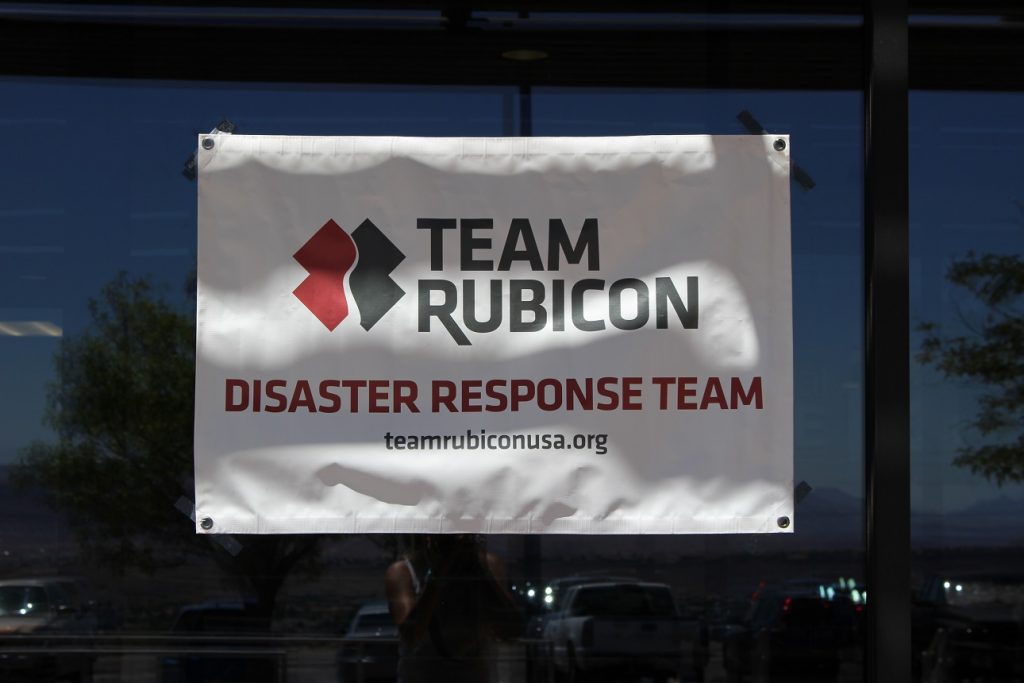 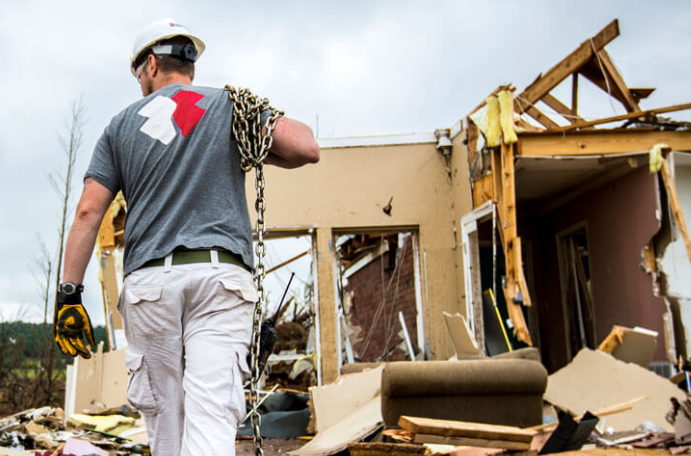 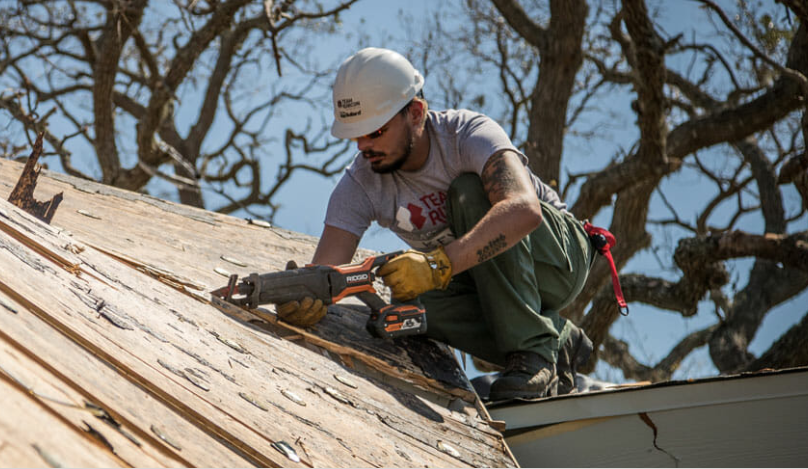