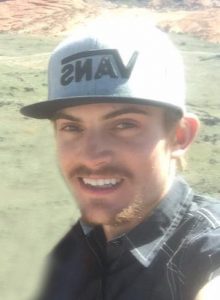 While attending high school in Salt Lake City, he met Ana Guerrero. In 2017 they became a couple. David has always been very agile. Even from a young age he was always doing flips and tricks. He loved being outside, riding his peddle bike, riding his dirt bike, skateboarding, snowboarding and hiking.

He was in a tragic dirt bike accident on April 14, which eventually took his life. He died doing what he loved.