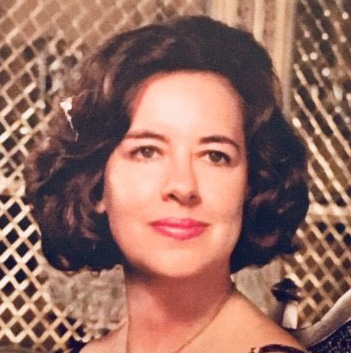 After nearly a century of living, Vivian Claire Nicoll passed away on June 13, 2018, at the age of 99, in St. George, Utah. Born on Christmas Eve in McGaffey, New Mexico, Vivian was the only gift placed under the tree that year. She was the 11th of 13 children born to Arza Peter Nicoll and Clara Melvina Hamblin.

From the beginning Vivian was a survivor. During infancy she survived the 1918 Spanish flu epidemic. As a toddler, she was snatched from the strike of a coiled rattlesnake by her mother, who was warned in vision of the impending danger. As a young girl, she was swept away in a canal but was saved from drowning by her older brother Joe, who pulled her from the water.

Leaving behind the homestead, Vivian’s tenacious mother eventually moved the family to San Diego during the beginning of the Great Depression. Vivian attended San Diego High School while working hard to help support herself until she married in 1937. But her challenges continued.

Vivian was widowed twice during World War II, losing her first husband, John Louis Wirth, and her second husband, George Danilo Rosado, who were both killed while piloting their aircrafts. Alone and juggling three children while working at the Orpheum Theatre in downtown San Diego, she met and married Howard M. Henderson and bore two more children. She began a new life in Point Loma then moving to La Jolla, where she lived for 60 years.

Vivian earned her real estate license, acquiring properties and homes, constantly expanding and improving everything she touched. With hands on hips, she would oversee numerous renovations – knocking down walls, rebuilding and creating with her own unique and visionary styled. Traveling to Europe and Africa allowed her to bring back the treasures she used to decorate her distinctive homes.

Vivian was vibrant and determined. The words “I can’t” weren’t in her vocabulary. She advised anyone who tried to use them to “redefine yourself.” A fiercely loyal democrat, she never held back on expressing her political views. She will be remembered for her rich, unmistakable laugh, a classy demeanor, elegant Christmas dinners and exceptional green salads.

A member of the San Diego 7th Ward of The Church of Jesus Christ of Latter-day Saints, Vivian served as the Relief Society Secretary. Later in life she served in the San Diego Temple. She died with a testimony of the restored gospel.

Vivian came from a remarkable pioneer heritage. She was the last surviving granddaughter of Jacob Hamblin and Priscilla Leavitt. Her paternal grandparents Alexander Nicoll and Sabina Adams, were colonizers of territories in Utah and Arizona.

She is survived by her children: John (Joe) and Susan Wirth, Ronald and Arlene Rosado, Dana and John Campbell, Helen Henderson Cartwright, Mark H. Henderson; 21 grandchildren; 41 great-grandchildren; and one great-great-grandchild. She was preceded in death by her last husband, V. Zay Smith.

The family expresses their gratitude to her caretaker Nora Judd.