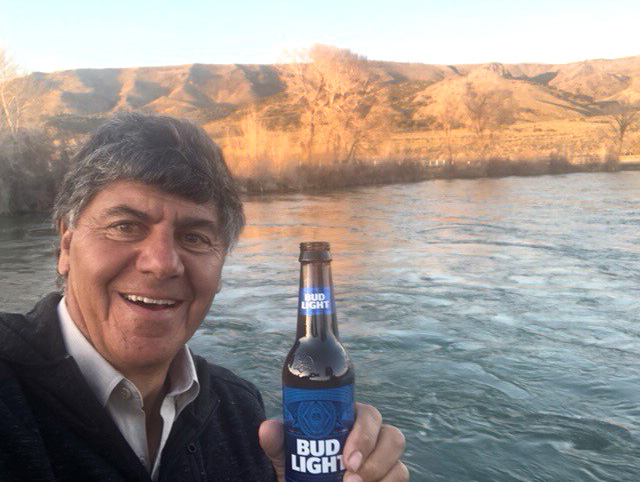 Mayor Larry Abraham died on May 5, 2018, at the age of 64 in St. George, Utah. He went quickly due to heart complications; he had been happy in the hours and days leading to his death.

Lawrence Patrick Abraham was the third of three children born to Lawrence Thomas Abraham and Wadette Goze Abraham in Santa Fe, New Mexico. Larry was also the first boy, which delighted his father. Lawrence and Larry spent many hours enjoying the outdoors together. Sisters Sandra and Karen helped bring Larry up, too.

Larry quickly found talent in all that he did, from sports to student government. After pursuing a degree in finance from the University of New Mexico, he would parlay his natural talent and quick learning into a varied array of entrepreneurial ventures, including Cutlery Corner, Abraham Construction, Abraham Realty, Brazil Contempo, Leather & Oak and Cellular & More.

Throughout his career, Larry was committed to building pride in the University of New Mexico; he had a stint as president of the Lobo Club.

He met his wife, Beverly, during his business career. They fell quickly in love. Together, they had one son, Lawrence Geoffrey Abraham. The family enjoyed domestic travel by RV and hosting various community events. Larry and Beverly invested much of their time and energy in building a happy home.

The pinnacle of this effort landed the family, unbeknownst to them, in the Village of Los Ranchos de Albuquerque.

After getting involved in an important community issue, Larry ran for Mayor of Los Ranchos. He won by a slim margin, fought through many thorny issues and colorful personalities and ultimately became loved by the entire community. He treated the part-time position as a full-life effort. He delivered to Los Ranchos an identity and unique sense of place.

He also ran his administration like a business, resulting in incredible fiscal health. A testament to his success, Larry was elected to four consecutive 4-year terms.

During this portion of his career, Larry served on several boards with the Mid-Region Council of Governments, including the Metropolitan Transportation Board. He served on the UNM Foundation Board and as a chartered member of the Tom L. Popejoy Society. He was inducted into the Anderson Hall of Fame in 2012 and received a UNM Alumni Association Zia Award in 2011.

After a father-son fishing trip outside Idaho Falls, Larry became enamored of the Snake River, where he would then pursue his dream to build a fly-fishing lodge for his family. Even in his 60s, Larry built much of his lodge by hand; the result inspired great pride. Larry had also recently rekindled his love of golf, and he and wife Beverly were looking forward to many holes of golf at their St. George, Utah, winter home.

Above all, Larry was a loving father and husband. He saw what others could not. He was fun as hell and was immediately embraced by any community he entered. He forced joy and pride and integrity into this world, and he grew frustrated when he witnessed others settle for less. He showed his family and friends that life can be a grand adventure.

The family is seeking privacy in their grief. In lieu of flowers, please make sure that those in your life you love know that you love them or do something special with your family in Larry’s honor. Larry’s son Geoffrey will graduate with an MBA from the Stanford Graduate School of Business on Father’s Day 2018. A private service will be held at the family home. The Village of Los Ranchos will celebrate Larry’s life at a future gathering, open to the public.