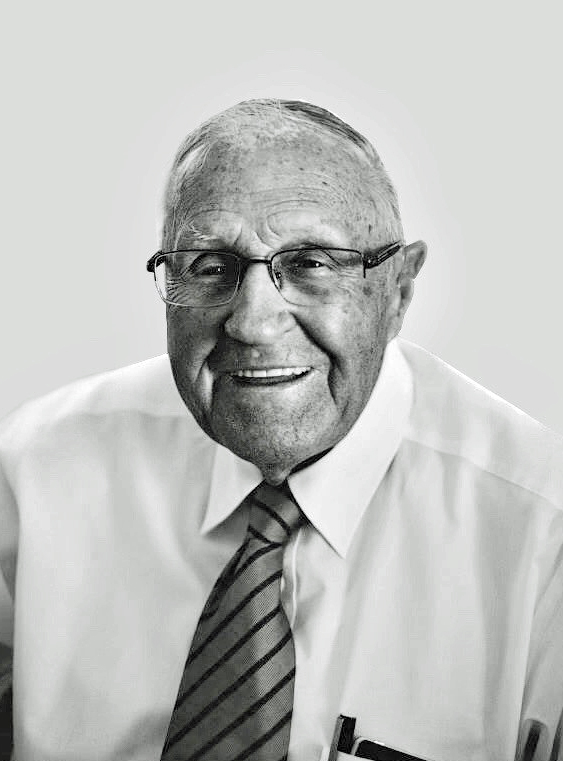 In the early afternoon of June 3, 2018, our dear father, grandfather and husband peacefully passed away in his favorite chair. He was a man of honor, known for his deep personal integrity, dependability and great love for his wife and family.

Roy Edward Vernon was born Sept. 17, 1923, to Lillian Roos and Edward Vernon. At a young age he began working after school as a janitor in an elementary school to financially assist his family. He graduated from West High School in Salt Lake City. Roy attended Utah’s first Boy’s State in July 1939 and proudly was elected Mayor of Littlefield City. During his senior year in high school, Roy signed up for ROTC and reached the rank of cadet major. He was awarded an engraved saber for being Outstanding Officer of the Year.

After high school, Roy joined the U.S. Navy at 17 years of age, enlisting a year before the U.S. entered the war in the Pacific theater, and served from November 1940 to November 1946. After graduation from Aerographer School, Roy was assigned to a small air base in the Aleutian Islands to establish weather stations in order to aid U.S. military forward planning.

Roy was later stationed several years in Kunming, China to relay critical advance weather observations. After the war ended in 1945, Roy was released from the Navy.

Upon arriving back in the states, Roy located in Pocatello, Idaho, to live with his father and stepmother. He delivered surgical supplies for his father’s business for a short period of time. One Sunday, Roy attended his father’s ward of The Church of Jesus Christ of Latter-day Saints in Pocatello. Here, in church, Roy met his sweetheart, the lovely Faye Howell. They were married Sept. 7, 1947, and later sealed in the Salt Lake LDS Temple.

Roy re-enlisted in the Air Force in July 1947 and was stationed at Hill Air Force Base in Clearfield, Utah, where he worked as a meteorologist until his military retirement in 1961.

Roy then began his second work career in banking when he was hired by Clearfield State Bank as a loan officer. He later served as president of the Ogden chapter of the American Institute of Banking and as president of the Central Utah Chapter Bank Administration stationed out of Salt Lake.

Roy spent a lifetime in church service, including 15 years as Ward Finance Clerk under four different bishops. He also served as a Stake Seventy, Elders Quorum President, Stake Finance Clerk and as First Counselor in the Clearfield 5th Ward Bishopric.

After retiring from banking in 1988, Roy continued working part-time at Clearfield State Bank, played golf with his sons and family and enjoyed traveling. In 1995, Roy and Faye moved to Padre Lakes in Ivins, Utah. Roy continued his devoted church service as a faithful home teacher until his passing.

Arrangements have been entrusted to the care of Metcalf Mortuary, 435-673-4221. For condolences, complete obituary and funeral listings, please visit the Metcalf Mortuary website.